The Game Itself
5 Stars
The Video: Sizing Up the Picture
4.5 Stars
The Audio: Rating the Sound
4.5 Stars
Replay Factor
4 Stars
Bottom Line
Must Own

'Overwatch' is the newest game from 'Diablo' and 'Warcraft' devs Blizzard. It was announced in 2014 and has a few things in common with Blizzard’s cancelled MMO shooter, 'Titan'.

'Overwatch' is an objective-based first-person shooter with a heavy emphasis on teamwork and fast, replayable action. Every match is a variant of king of the hill - there is no deathmatch, capture the flag, MOBA lane pushing, or the like. Without an eye towards cooperation, both in hero selection and on the battlefield, a team is at a serious disadvantage against more coordinated opponents. Each hero is built with a mind towards working with others, and some can create explosive synergy when used properly.

During the pregame hero selection, tips pop up with an analysis of our composition. "Too many tanks", "not enough damage", "no supports", that kind of thing. A team can go in with six copies of the same character if they like, although that’s a one-trick pony. The best players are the ones who understand their specific role and the character’s abilities. 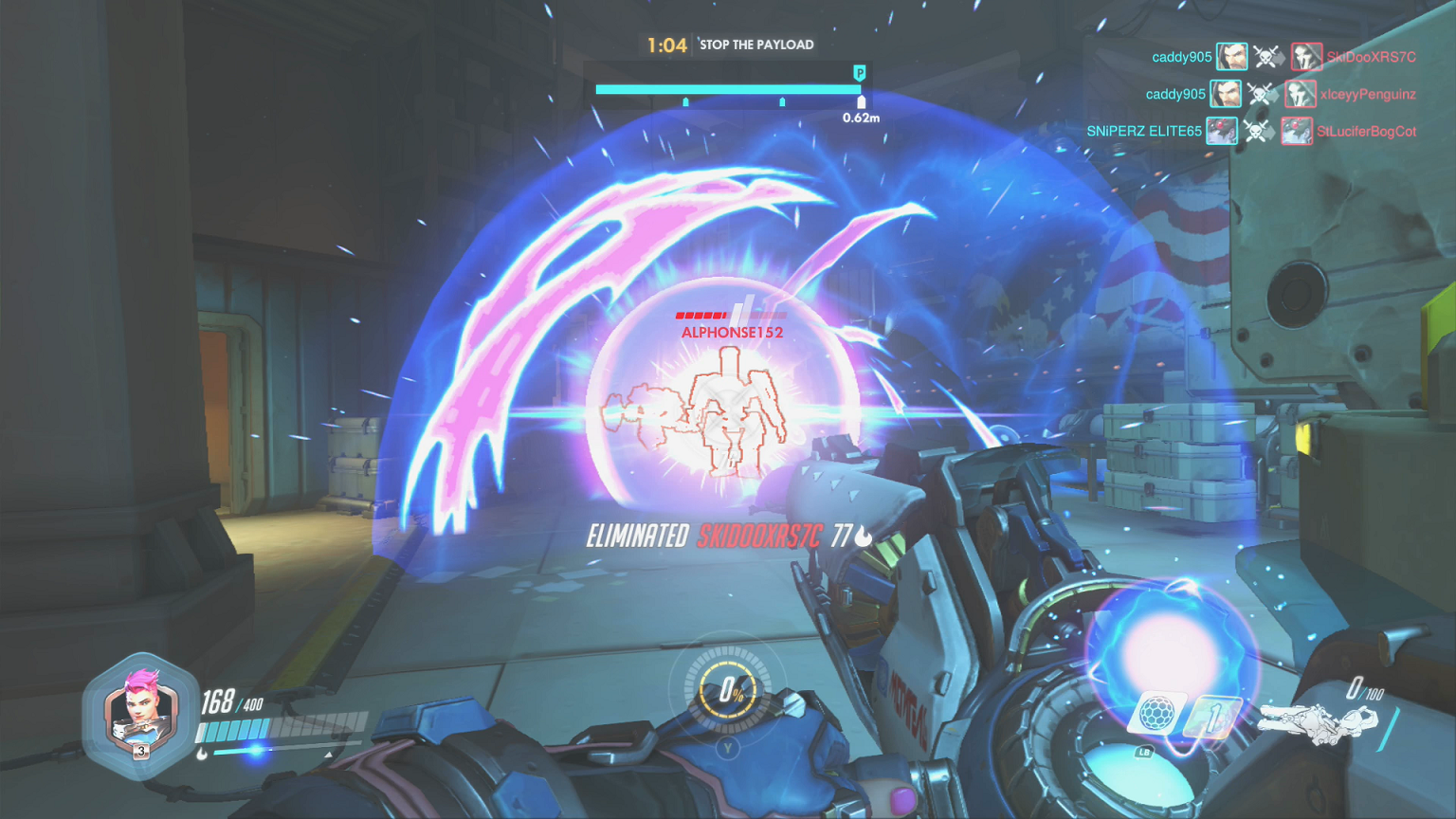 The characters are arranged into four classes: assassins, defenders, tanks, and supports. Assassins are the kind of fighter I’m accustomed to from other shooters (Soldier 76 is even a pastiche and parody of 'Call of Duty' clones). They are quick, painful, and squishy. Tanks are rather the opposite, possessing a great deal of health and usually the ability to create shields or some other ward. Supports are the healers and buffers, with little capacity for outright damage or mobility. Defenders are a mix of assassin and support, specializing in controlling terrain, creating chokepoints, and directly assisting their more destructive colleagues.

Blizzard has managed to create a diverse roster of heroes that is extremely rewarding to play. The abilities are intuitive and offer a good mix of quick hits and more dramatic skillshots. Reinhardt the tank has a flashy shield to screen for his teammates and draw fire, but if you aren’t paying attention, he will rocket across the map and smash your face in with his hammer. To make up for his insane close-range damage and powerful zoom, he is a large target and easy to hit. Mccree is a sort of sniper cowboy who needs precision to land shots with his revolver, but his piercing Deadeye ultimate can wipe out an entire team if they are too close together. Even the supports and defenders, often the less sexy choices in a multiplayer environment, promote aggressive playstyles and quick reflexes. I Love Zenyatta’s semi-passive yin and yang energy balls that can debuff enemies and heal teammates simultaneously, although he is so frail that a stiff wind will knock him over. 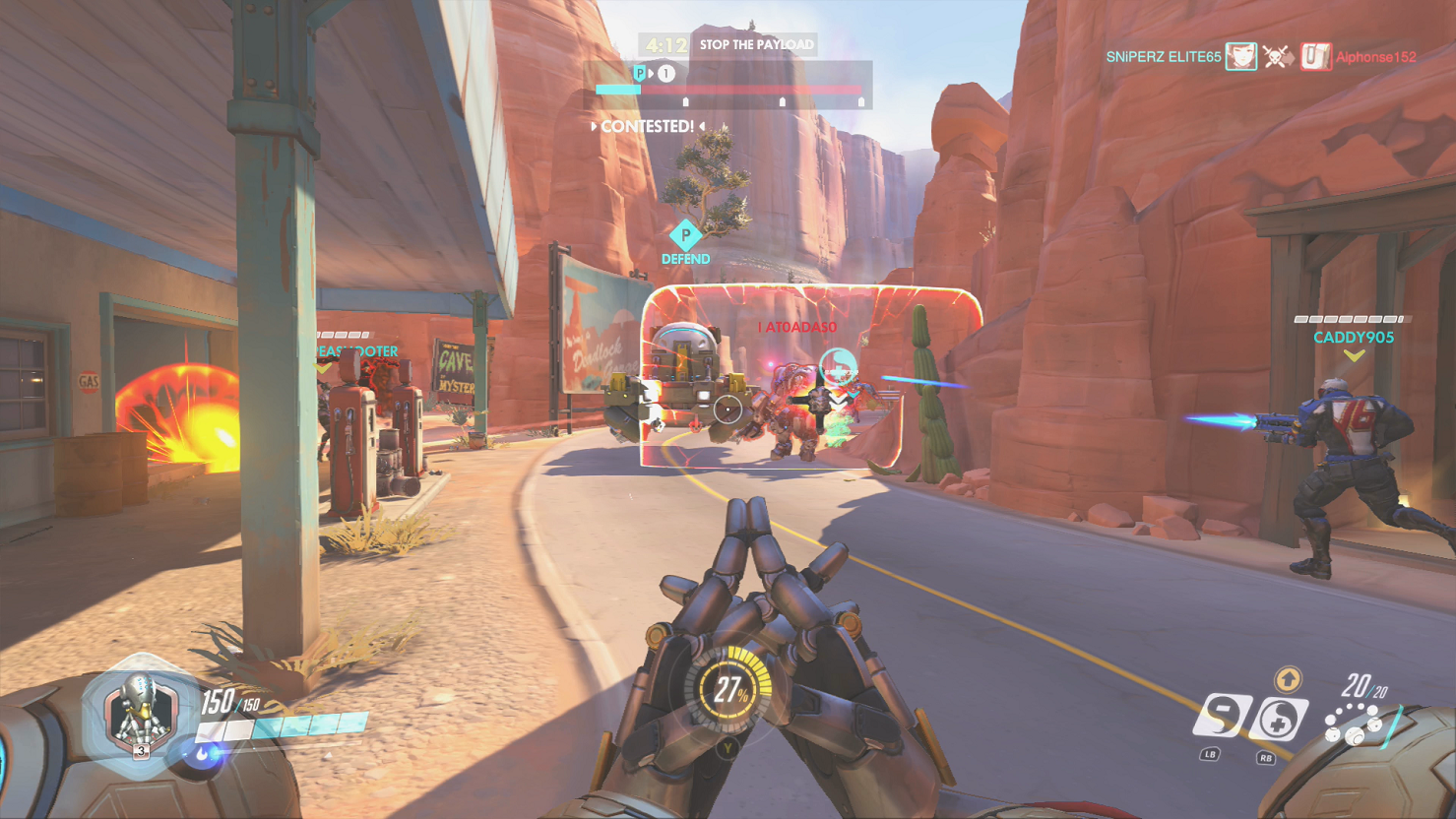 A few balancing issues from the beta have persisted into the final release, like the massive popularity of Bastion, Reaper, and Tracer. Reaper wields dual shotguns that shred any hero at close range and is nigh unstoppable indoors. Tracer, just like her appearance in 'Heroes of the Storm', is fragile but also teleports so often that hitting her is a chore. And finally Bastion, the robot battle tank/assassin who is the star of every postgame MVP clip. He can dish out instant death to an entire team with nearly no drawbacks. I had to face these three on the roster every match, and while I learned to protect myself better over time, it’s clear that they’re going to need the nerfbat in the near future.

The shooting is sweet and the housekeeping behind the scenes is just as polished. Heroes can be swapped out after each respawn, allowing for organic composition and the filling of gaps, or just trying something new. This kind of freedom is rare and extremely refreshing. As much as I love class shooters like 'Evolve', it can be demoralizing to be stuck with my last choice match after match. In 'Overwatch', you can always play your first choice if you like, although I highly recommend becoming competent with at least one hero in each class for the sake of equity. My teammates love a good Widowmaker, but a smart Lúcio is worth his weight in gold when area healing is missing from the kit.

As is typical for Blizzard releases, 'Overwatch' has a high focus on multiplayer. There is a practice mode and a bot option, but no campaign or any kind of real single-player content. The story is minimalist and noninvasive, about a group of superpowered protectors employed by the UN after some calamity. The program has fallen apart due to its medley of unstable personalities, and now the "heroes" fight endlessly across the world, escorting trucks of unknown cargo to a mysterious exit. There is no narrative and it doesn’t need one. 'Overwatch' proves that when it comes to video games, the gameplay itself can trump all other considerations if done well enough, and it is very well done. 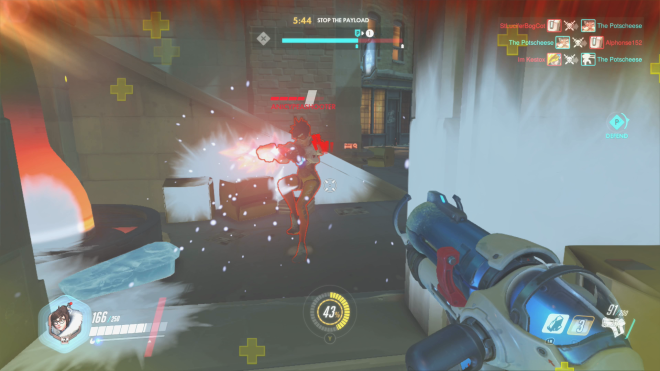 'Overwatch' is beautiful, has a fantastic animation style and a diverse, interesting cast. It has a native resolution of 1920x1080 and runs at 60fps with very few problems, unusual for such a multiplayer-oriented game. Even the server load has been acceptable these first few days, which is a breath of fresh air in an era of fouled midnight releases and debilitating lag. 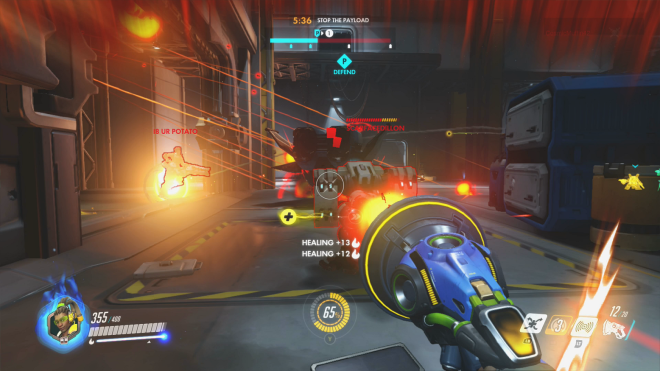 Like the visuals, Blizzard has spared no expense with the cheerful and perky audioscape of 'Overwatch'. The music is airy, almost patriotic, and the voices are a good match to their odd characters. The guns and abilities sound amazing, just the right mix of sci-fi and good old-fashioned bullets.

My primary concern was that, no matter how great the shooting is, 'Overwatch' could slowly trot down the path of familiarity and fade into the background like a 'Titanfall'. Having only one real gametype was a gamble on Blizzard’s part, but so far it has paid off. The roster, abilities, and hot swapping make each match feel very different, even if they are fundamentally the same experience. Heroes can unlock randomized rewards for their heroes after enough levels, and there are of course microtransactions for the impatient. 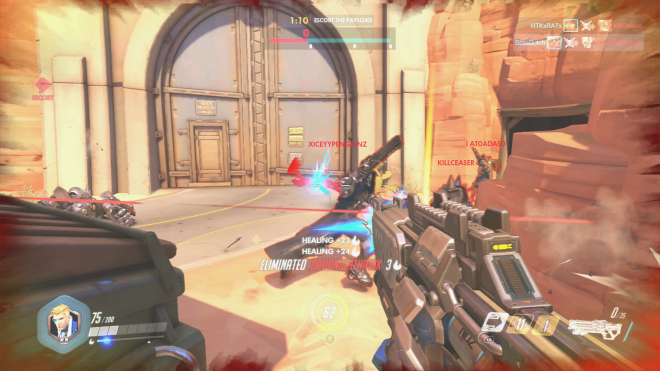 Despite Blizzard’s untested pedigree in the realm of shooters, they have managed to craft one of the best entries in this generation. As a critic a big part of my work is to find flaws, and I had a tough job with this game. 'Overwatch' is loud, it’s fast, it’s audacious, and it is a welcome shot in the arm in a flagging genre.