The Game Itself
4.5 Stars
The Video: Sizing Up the Picture
4.5 Stars
The Audio: Rating the Sound
5 Stars
Replay Factor
3 Stars
Bonus Content
3 Stars
Bottom Line
Must Own

Moon Studio’s 'Ori and the Blind Forest' was released on the Xbox One a scant year ago to glowing reviews (including one from me). It was praised for its beautiful visuals, touching story, and faithful metroidvania influence. We now have a 'Definitive Edition' already, which might be a record turnaround, as it was released on the game’s first anniversary.

'Ori and the Blind Forest' is a story about family, loss, and growing up, and it manages to tell this tale without dialogue or lengthy cutscenes. Ori is a little spirit creature in the Nibel Forest who has found itself in the care of the motherly Naru. But, something bad happens! There is a flash deep in the forest emanating from a massive tree, and a tide of darkness washes over all life and kills or corrupts it, including poor Naru. Ori, now heartbroken and alone, wanders into the forest by itself to unravel the mysteries of the tree and help the surviving residents. 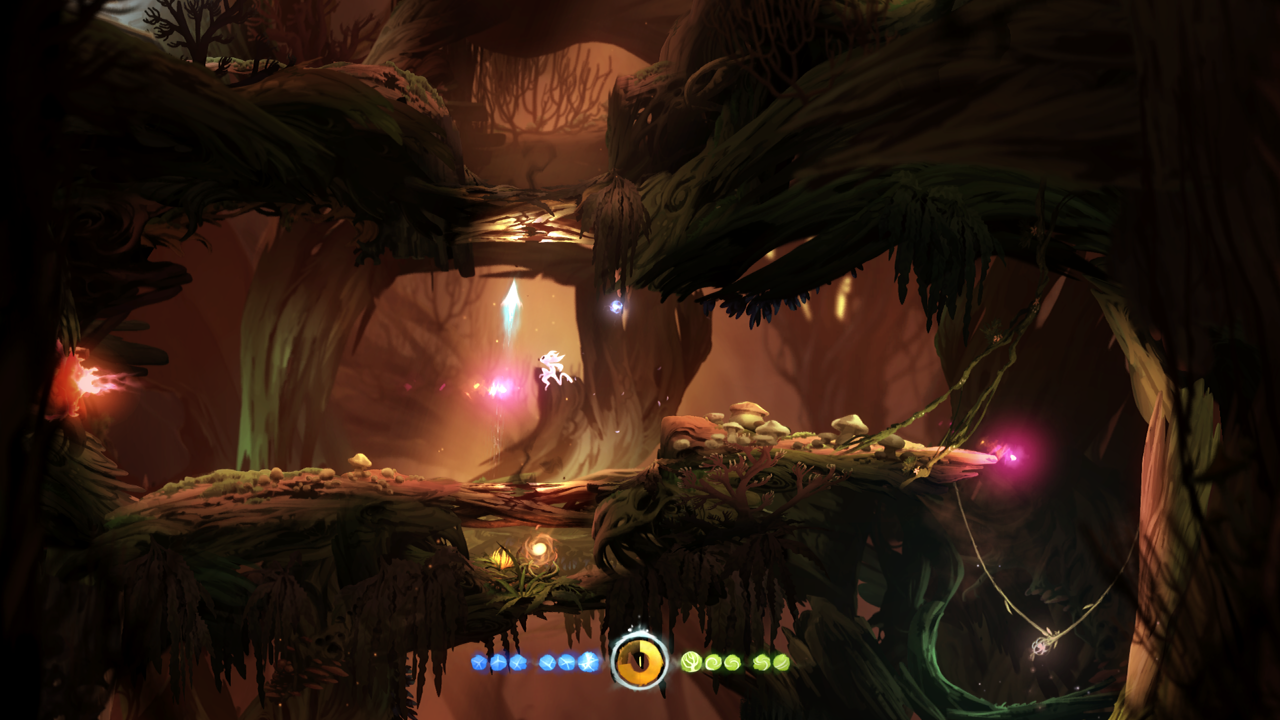 The gameplay is instantly recognizable to anyone who has touched a platformer. Decades of gaming goodness are on display here. Ori double jumps, wall climbs, and energy blasts its way around the levels, frying enemies with bolts of light and struggling up huge trees and boulders. A skill tree is available in the pause menu for upgrading the light shooting and other abilities. The save system is a resource to be managed - saving can be done pretty much anywhere Ori is safe, but it uses up a mana container. These containers are precious because they are also used for explosive attacks, and because the gameplay is challenging enough that frequent saves are highly recommended.

The platforming is tough, sometimes crushingly so. The boss fights are more like boss puzzles - instead of defeating a powerful creature, I was tasked with escaping a hazardous environment through judicious use of Ori’s abilities. These segments are so tightly choreographed that a single error is a restart. It can come off as a bit cheap, but the payoff when I was finally able to finish them was so rewarding, and the gameplay in general so awesome, that I quickly forgot about the pain and Ori and I went on our merry way through the next level.

Most areas are blocked off at first blush, their keys teasingly placed within challenging little mini-puzzles that tested my skill with new abilities. 'Ori' is a fast platformer and quick reflexes are required to proceed. Even with frequent saving, deaths are common - 600 Oris were killed in the making of this review, for instance. Controlling Ori is smooth as silk, though, and the level design is so well-suited that, when I finally hit the right groove, I was leaping and racing through levels as though I were an accomplished speedrunner. The next jump seems simply intuitive, even if getting there takes some practice.

The new content that has been added to the 'Definitive Edition' includes two areas, Black Root Burrows and the Lost Grove. The Burrows is quick, perhaps 10-15 minutes of extra content. Its added ability is a dash that fits so well that it doesn’t seem new at all. The Lost Grove is a bit longer, perhaps an hour, and adds a mortar projectile that Ori can use to unlock new areas by solving puzzles and launching himself from. The new areas have a bit of story to them, in this case the background of Naru. Like the rest of 'Ori's narrative, it is understated, simple, and superb. 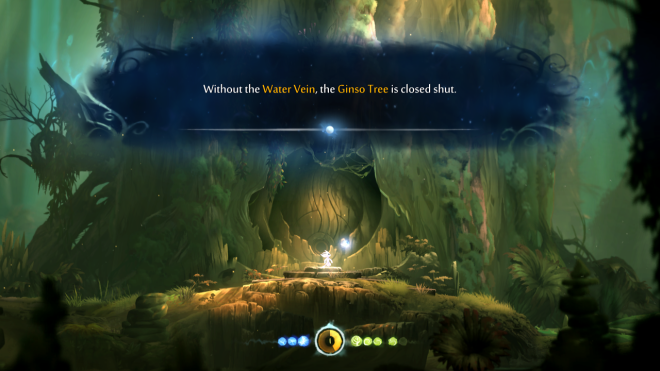 'Ori' still has a captivating beauty, and is probably one of the best-looking parallax scrollers out there. Everything about its visuals, from the lighting to the framerate to the impeccably animated Ori, is top notch. Black Root Burrows incorporates shadows and lighting in its platforming to great effect, even if the level is super short. 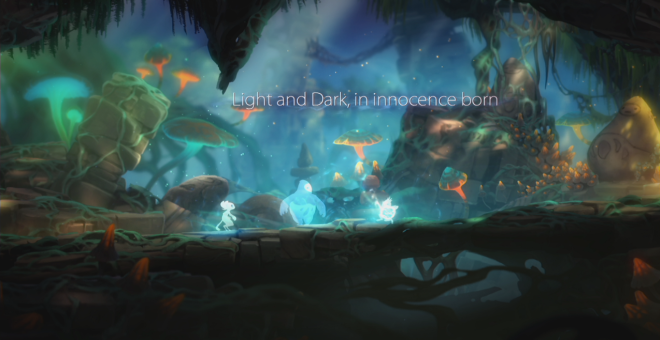 New tracks have been added to the score, making it fuller and richer than before (and it was pretty damn good before). The sound design is similarly excellent, portraying a magical forest environment with gusto.

Some of the remaster stuff includes more in the way of video game quality of life. A fast travel system has been worked into the spirit wells, providing for less backtracking to access those newly available upgrades whenever a fresh power is learned. More difficulty levels have been added, included an easy mode which should make it more accessible, and a staggeringly difficult one life mode that works exactly how it sounds.

A Theater area has been added to the main menu. Previously only the cutscenes were available, but now there is a modest selection of concept art, promotional videos, storyboarding, and early rough cuts of a vaguely familiar but still very different 'Ori'. The documentary selections are raw video only with no narration, which is my only complaint because I would be very interested in learning more about the creation process and Moon’s unorthodox studio arrangement. 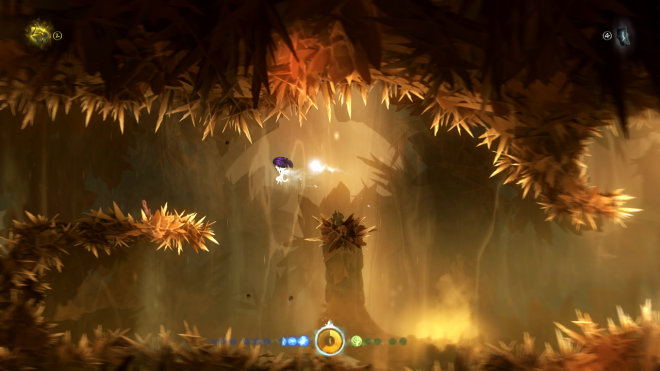 'Ori and the Blind Forest' is the kind of game that didn’t cry out for a remaster so soon (or at all), not because it was flawed but because it was so amazing. At only $5 for previous 'Ori' owners, it is difficult not to recommend to any Xbox One owner, especially because the new difficulty levels make its strenuous challenges more attainable. It still remains a specific kind of platformer and therefore somewhat niche, but I am not ashamed to say that it is my favorite Xbox exclusive of this generation to date.