'Shadow Complex Remastered' is an enhanced port of Chair Entertainment's critically acclaimed Metroidvania title. Originally released in 2009, 'Shadow Complex' was credited for reviving the genre on consoles, and being an early must-own digital download on Xbox Live Arcade. Epic Games has re-released this pivotal title on a variety of platforms, and with the PS4 version, 'Shadow Complex' finally sees its PlayStation debut.

When players start 'Shadow Complex' they are in control of a hiker, named Jason, who is seemingly in over his head, having stumbled upon a secret military base. Armed with nothing other than a flashlight, and Jason has to sneak past security cameras in fear of dealing with the guards. By the end, players are wearing a complete suit of armor, boosting past enemies, and firing missiles haphazardly.

That's an amazing transformation, and that sense of progression is what makes 'Shadow Complex' one of the most satisfying games I've ever played. 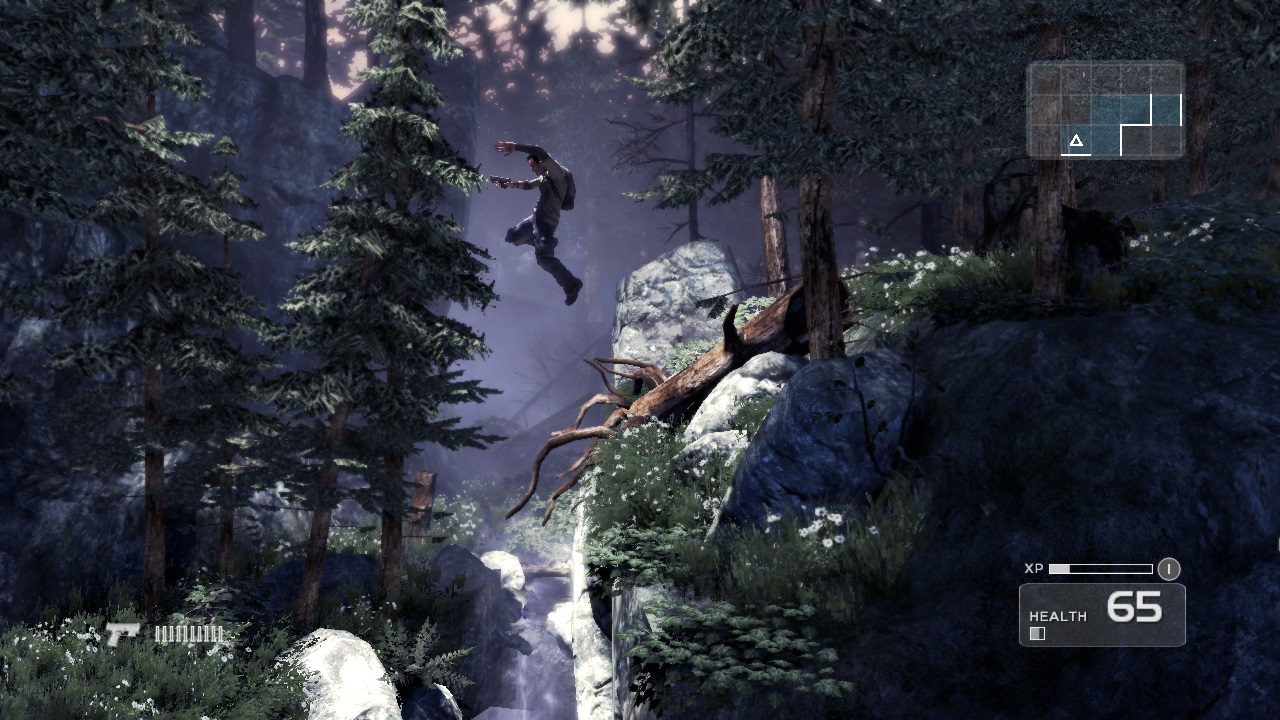 While the rewards that players get for exploring the massive complex is small at first, such as a pistol that can be used both to combat enemies and destroy grates, it quickly ramps up. This is quite helpful since it's an entire base that needs dispatching, and that fun sense of powerful progression is there as well.

In true Metroidvania fashion, these new toys to play with also open up opportunities to revisit areas you've been to. There are impassable doors which must be revisited, and even debris that needs to be destroyed by a grenade. I felt like I was rewarded for this thorough exploration as I constantly discovered hidden upgrades that boosted Jason's health, ammo capacity, and more. It really pays to explore every inch of the compound.

Most rooms will be filled with several enemy soldiers that are more than happy to shoot dozens of bullets towards Jason. Thankfully, the combat feels great, and players are able to hold their own in battle. Jason's guns can be aimed by using the right analog stick, and getting a headshot feels just as satisfying here as in an actual shooter. 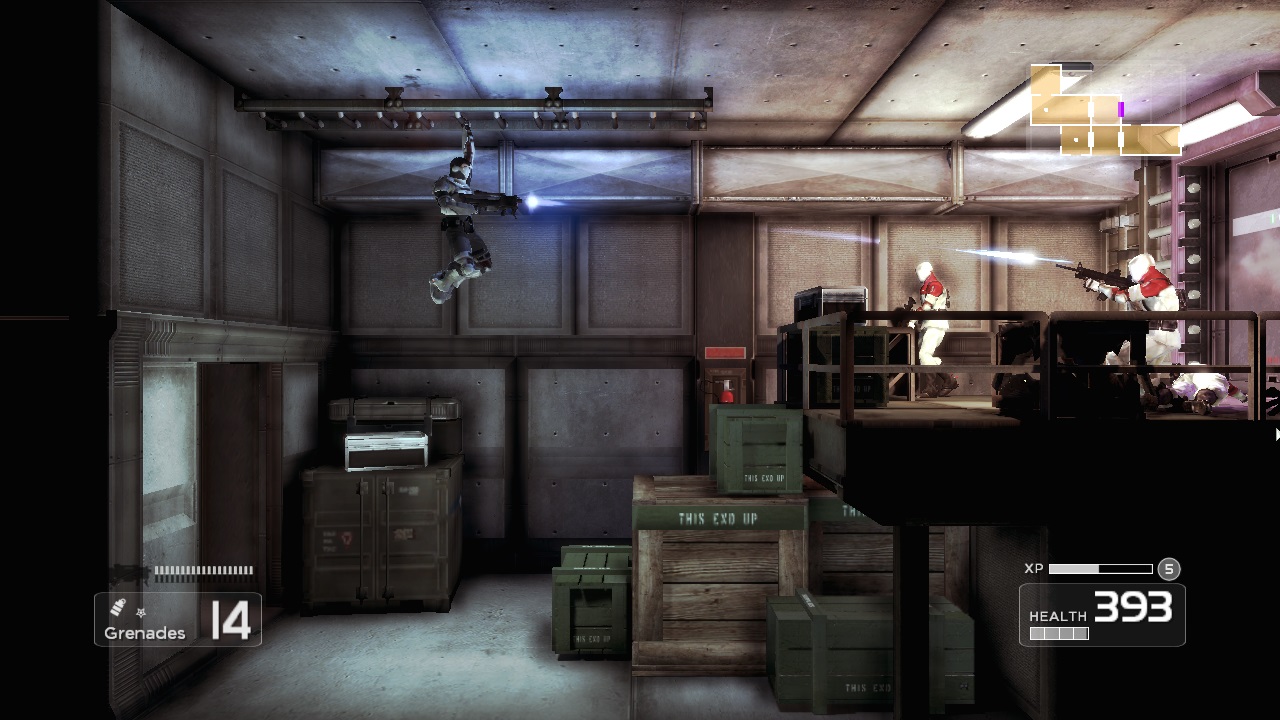 Metroidvania or no, one unique quirk about 'Shadow Complex's gameplay is the 2.5D nature. Despite being played on a 2D plane, there are enemies in the background that do engage and need to be dealt with. This felt extremely awkward at first, having to seemingly aim up at the ceiling to shoot these distant foes, but it eventually became something I was used to. This use of a 3D landscape is really cool, and while not a ton is done with it here, could really be expanded upon in a sequel.

Periodically throughout the adventure, players will come across armored vehicles and soldiers in special gear. These serve as boss battles, and are fittingly more challenging than most of the run of the mill encounters. While most of these encounters are fun, 'Shadow Complex' lacks an epic final battle. It's one of the few things that are missing from the experience, and Jason deserves to go up against something as memorable as Mother Brain.

Another small issue that impacts the overall experience is the lack of any fast travel mechanic. The map in the game is large, and often maze-like in nature. While Jason eventually becomes very mobile, it's still a pretty taxing task to get from one end of the complex to the other. If there's any silver lining, I was given plenty of opportunities to look for secrets while backtracking. 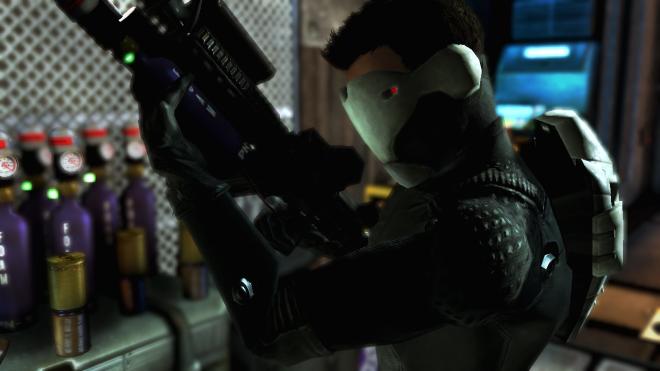 Much like many recent remasters, Chair has reused the assets from the original Unreal 3 game. Since they were developed at a higher resolution than the Xbox 360 release displayed them at, they now look more detailed than ever. Those expecting new artwork will be disappointed, but 'Shadow Complex' has a great art style, and it's great to see the original vision at its optimal form.

That said, 'Shadow Complex Remastered' won't be confused for the best in 2016 graphics. It still looks great, but there are enough rough edges when it comes to texture quality and character models where players will remember that they're playing a 2009 release. Sure, it's a gorgeous 2009 release, but we've seen several prettier 2.5D games since then. 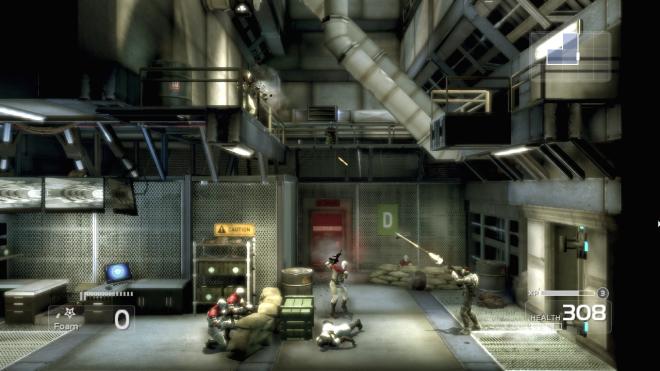 If there's one forgettable aspect of 'Shadow Complex' its the soundtrack. The tiny bits of music that is there sounds great, and help emphasize important scenes, but largely there just isn't any accompaniment to your actions. This is disappointing in a genre that has historically featured amazing soundtracks. 'Super Metroid' is a better game due to its soundtrack, and so is 'Ori and the Blind Forest.'

Instead, Chair focused on ambient sound design. This works to the game's benefit, especially at first as it amplifies the tension of being in a mysterious military base. A lot of care also went into the game's sound effects, as both gunfire and explosions sound great. It's just a shame that there isn't something backing the game's action as ambient noise grows old after a few hours.

Upon viewing 'Shadow Complex Remastered's end credits, I immediately jumped back into my last save. I've always felt like the mark of a truly great Metroidvania is that you want to fill in every single square of the map, and that's exactly what I went back to do. Not only were there additional areas I missed while beating the game, there were brand new weapons that changed how I could interact with the environment. Very few games make me want to find every secret and collectable item, but 'Shadow Complex' is one of them.

Rounding out the package is a mode called Proving Grounds. This is a series of ranked challenges that are designed to test your abilities, and focuses on the core gameplay mechanics. While a fun diversion, especially when trying to best the scores of your friends, these missions really miss out on what makes 'Shadow Complex' shine. The exploration is the real star of the game, and that isn't found here. 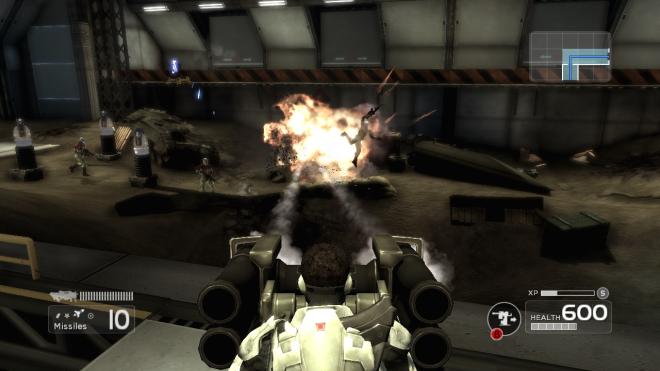 'Shadow Complex Remastered' looks better than ever, but doesn't add much in terms of content. That's fine, though, as the core game holds up as one of the best Metroidvania adventures ever made, and doesn't feel dated at all. First-timers are in for something truly special, while returning players can look forward to experiencing it all again. Just don't expect it to feel new.