The Game Itself
3.5 Stars
The Video: Sizing Up the Picture
3.5 Stars
The Audio: Rating the Sound
5 Stars
Replay Factor
2 Stars
Bottom Line
Worth a Look

The 'Mafia' series is typically developed by 2K Czech. For 'Mafia III', 2K installed a new studio in California, Hangar 13 Games, and asked 2k Czech to assist with the game's creation. Hanger 13 was founded by former LucasArts stalwart and comic writer, Haden Blackman.

'Mafia III' is a slightly different take on the Sicilian-focused crime story. Instead of an Italian-American protagonist as a rising star in the mob, this time around it's a multiracial Lincoln Clay in 1960s New Bordeaux (New Orleans). Clay has just returned home from Vietnam, where he served as a Special Forces soldier. His only family is Sammy Robinson, the boss of the city's black mob, who adopted Clay when the latter was only an infant. Robinson kicks up to the Italians who are technically in charge of organized crime in New Bordeaux, but Robinson runs the rackets in the predominantly black 'Hollow' district. Shortly after his arrival, Lincoln refuses the Italian don's offer to replace Sammy, and is shot in the head and left to burn along with the rest of the Robinson leadership. Unfortunately for the Italians, this does not kill him, and that's where the player comes in. 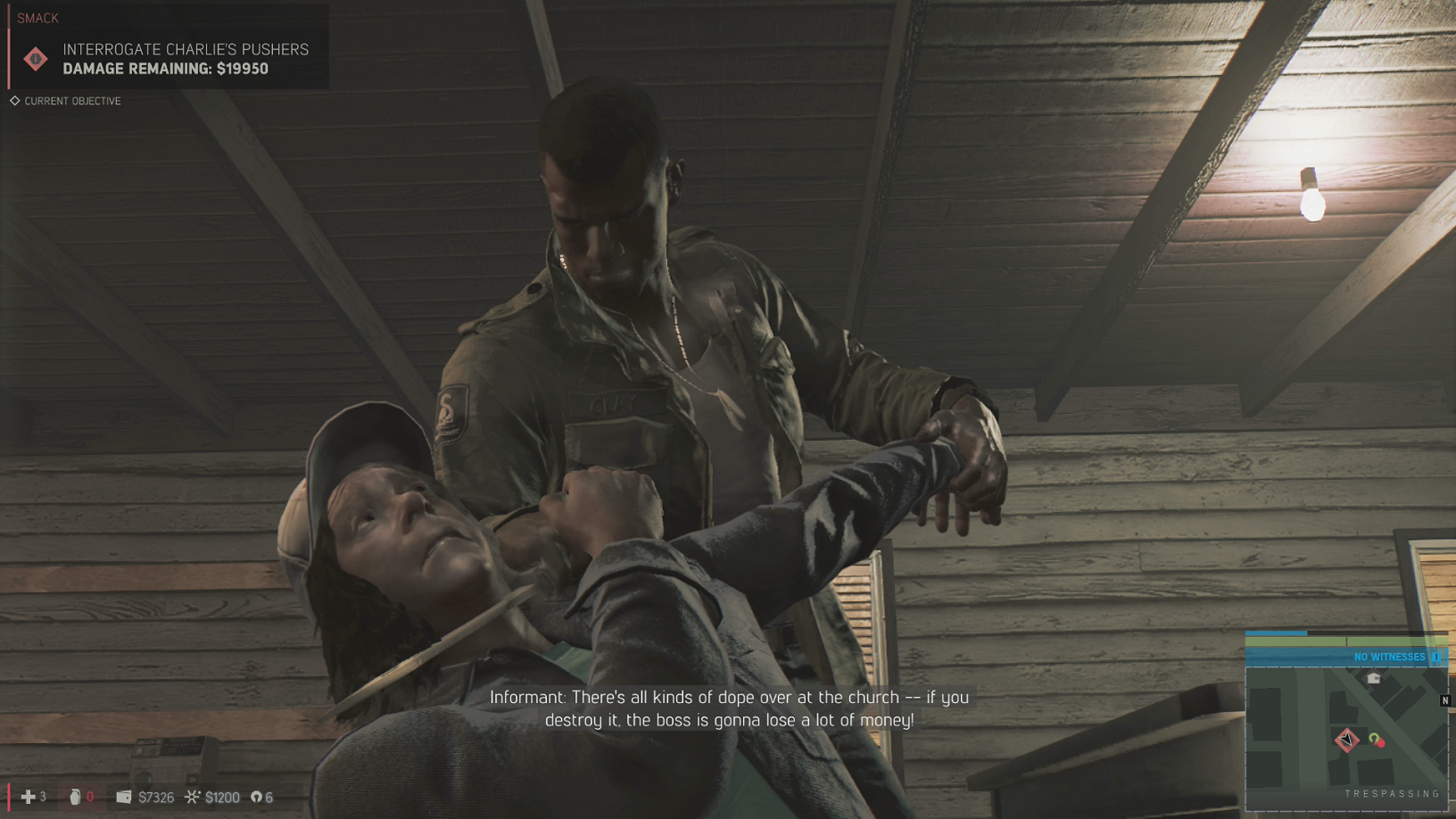 The story is presented in a very cinematic fashion, with clips of characters in the present day describing Clay's rise to power and the violent events in New Bordeaux, almost in a documentary format. Clay's experience in the Special Forces has made him a methodical and terrifying adversary. The player can choose to use nonlethal takedowns, but there are few penalties for stabbing any criminal to death, and Clay can brutally murder enemies to temporarily stun their allies. He strings up bodies for all to see, a form of psychological warfare advocated by his war buddy Donovan, who comes to New Bordeaux to help Clay by collecting intelligence from informants and illegal wiretaps. This is a gritty crime story in the 'Goodfellas' or 'Casino' tradition, much darker than similar games like 'Grand Theft Auto'.

'Mafia III' is a revenge story, and not a particularly novel one at that, but the narrative is polished and professional, with excellent writing and relatable characters. Clay is easy to sympathize with but avoids the brooding orphan cliché. He is intimidating and ruthless, but also calm, level-headed, and fair with those who mean him no harm. His vendetta towards Mafia boss Sal Marcano is a weapon and not a burden, used carefully and with precision, which makes him more interesting than the typical rage-filled revenge protagonists. The cultural atmosphere of New Bordeaux is equally entertaining. Hangar 13 has created a world that is just as divided and politically incorrect as a Southern city could be in the 60s, and doesn't shy away from the horrible racism rooted in that culture.

The problem with the open world is the complete lack of things to do in it. If I wasn't on an assignment killing an underboss, destroying a business or otherwise dismantling Marcano's operations, I found myself pretty bored. The only things to do are collect old issues of Playboys or break into junction boxes to place wiretaps (the 'Mafia III' version of 'Assassin's Creed's sync points). The city is full of cars and people and all other manner of city things, but it's difficult for Clay to interact with things outside of the critical path. Every underboss has a network of thugs working for him, each represented by dots on the map. It didn't take long to drive around to each dot, kill some people, burn some drugs, and then that dot was removed and I was on to the next. On paper it doesn't sound all that different from other open world titles, but 'Mafia III' is missing that special something that a 'Fallout' or a 'Shadow of Mordor' has: exploration. In great open worlds you can cruise around and do gameplay things almost anywhere, uncovering activities and progressing the character while ignoring the campaign. Clay can't do that, and it's a sad state of affairs. 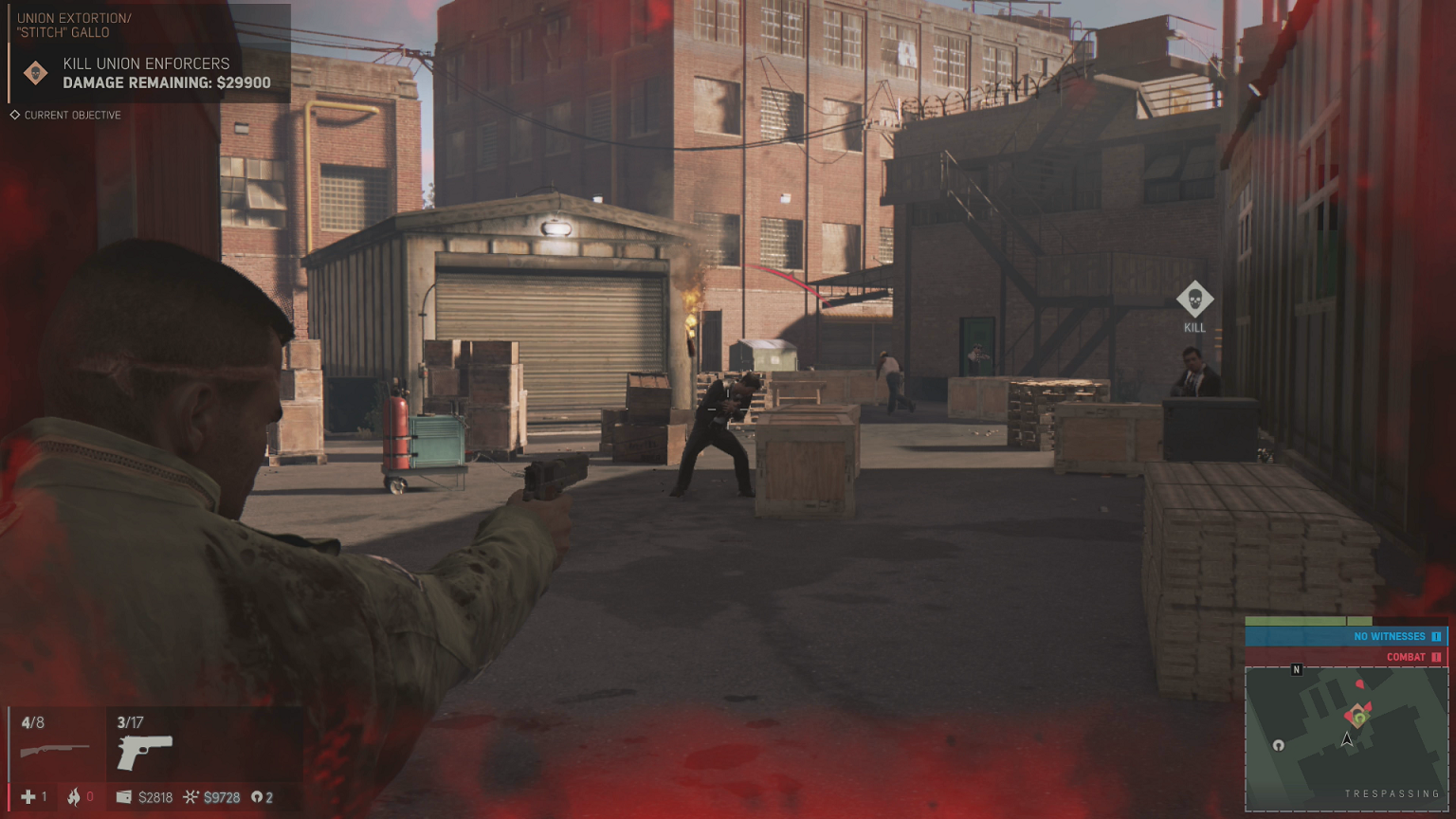 When I was on a mission, however, I stayed entertained. The stealth is excellent, far better than I would expect from an open world crime game. Clay has most of the capabilities a hero would in an actual sneaky game: seeing enemies through walls, visualizing their line of sight, silent takedowns, dispatching people from cover, moving bodies, etc. He can also go in guns blazing and just shoot everyone. The shooting is responsive and steady but pales in comparison to the stealth, so for most missions I was sneaking around and cutting people to progress. The game never pigeonholed me into one approach specifically; it was content to provide me with maps full of enemies and resources and let me plan my own approach. If I got into a shootout that I couldn't win, I could fade into the shadows and let the heat die down. If I was spotted during a takedown, I could shoot the last few enemies and not face an instant game over. It's night and day between the mission gameplay and the open world gameplay, almost as if Hangar 13/2K had been so satisfied with the campaign that they said "that's a wrap" and shipped out a half-finished game, not bothering to inject compelling exploration into New Bordeaux. 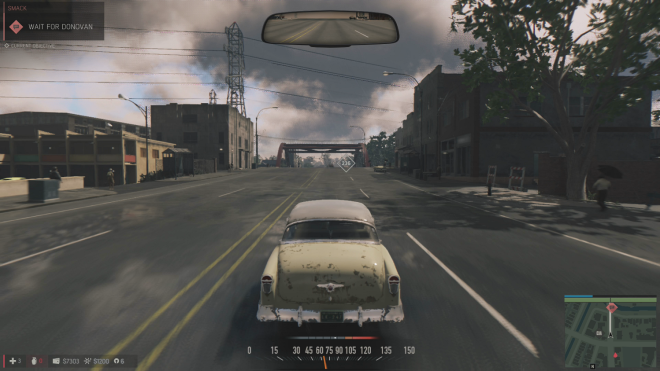 'Mafia III' has some great visuals, like the models for people and cars, and then dips in quality for technical things like water, lighting, environmental textures, and so on. Framerate is steady, but there are also plenty of graphical bugs and artifacts, like people not rendering properly during animations or walking strangely. Not huge problems, but they add up to a noticeable level over time. 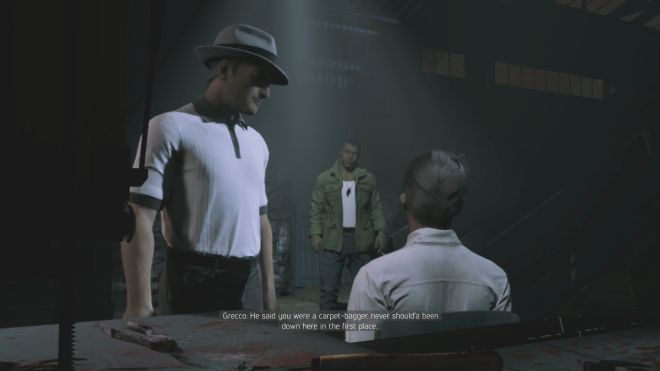 This is my new favorite licensed game soundtrack (not score, although the score is also pretty great), even beating out 'Fallout 4' and 'Rebel Galaxy'. Hits from rock acts like Jimi Hendrix and CCR join the early soul stuff like 'You've Really Got a Hold on Me' and 'Son of a Preacher Man', and even curiosities like 'In-A-Gadda-Da-Vida'. The voice acting, helmed by Alex Hernandez as Clay, is very well done.

I talked about the dearth of open world content in the Game section, which leaves little replay value outside of the main story. I'll take this opportunity to complain about the cops, however. 'Mafia III' takes the gritty realism a bit too far in their portrayal of police. In real life you might have a pile of squad cars running you down for stealing a car, but in a game like this where carjacking is as common as jaywalking, it becomes really tedious when every do-gooder on the street runs to the payphone to call the cops whenever I need a new car. Even if I club that witness before they get to the phone, someone else is going to see that crime, starting a comedy of errors of me desperately trying to avoid a police call and knocking out every pedestrian on the street. If the police catch up to you, there is no escape. They are supremely overpowered and nearly impossible to lose in pursuit. In short, the game takes every available opportunity to inhibit open world exploration and gameplay for the sake of realism. 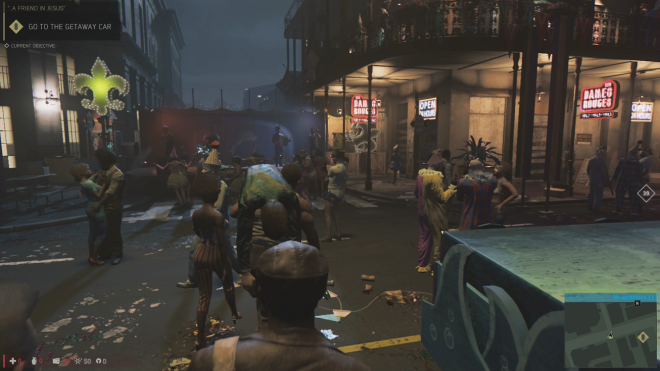 'Mafia III' put a high priority on its backstory, immersion, and presentation. That work shows in the quality of the narrative and the tragic characters, but unfortunately left little to flesh out the city of New Bordeaux. It's worth playing for the campaign, but perhaps there isn't a need to rush.