The Game Itself
3 Stars
The Video: Sizing Up the Picture
3 Stars
The Audio: Rating the Sound
4 Stars
Replay Factor
2 Stars
Bottom Line
For Fans Only

Tom Clancy's The Division - Expansion I - The Underground

Xbox One digital version reviewed, with a disc copy of the base game.

'The Underground' is the first paid DLC in 'Tom Clancy’s The Division' season pass. It follows the large 1.1 update and a bunch of other free stuff. 'Underground' includes, among other things, its own Incursion, randomized levels, and four new gear sets. It arrives alongside Update 1.3, which includes the new shared social space, The Terminal.

'The Underground' adds a new area to the Base of Operations, unsurprisingly called the Underground. It is a haphazard maze of sewers and subterranean access tunnels that have been partially claimed by the gangs of New York. In the lore, the Cleaners, Rikers and so forth use the tunnels as a place to lick their wounds when Division agents savagely pummel them on the surface. In gameplay terms, it functions as an endless, customizable source of missions. 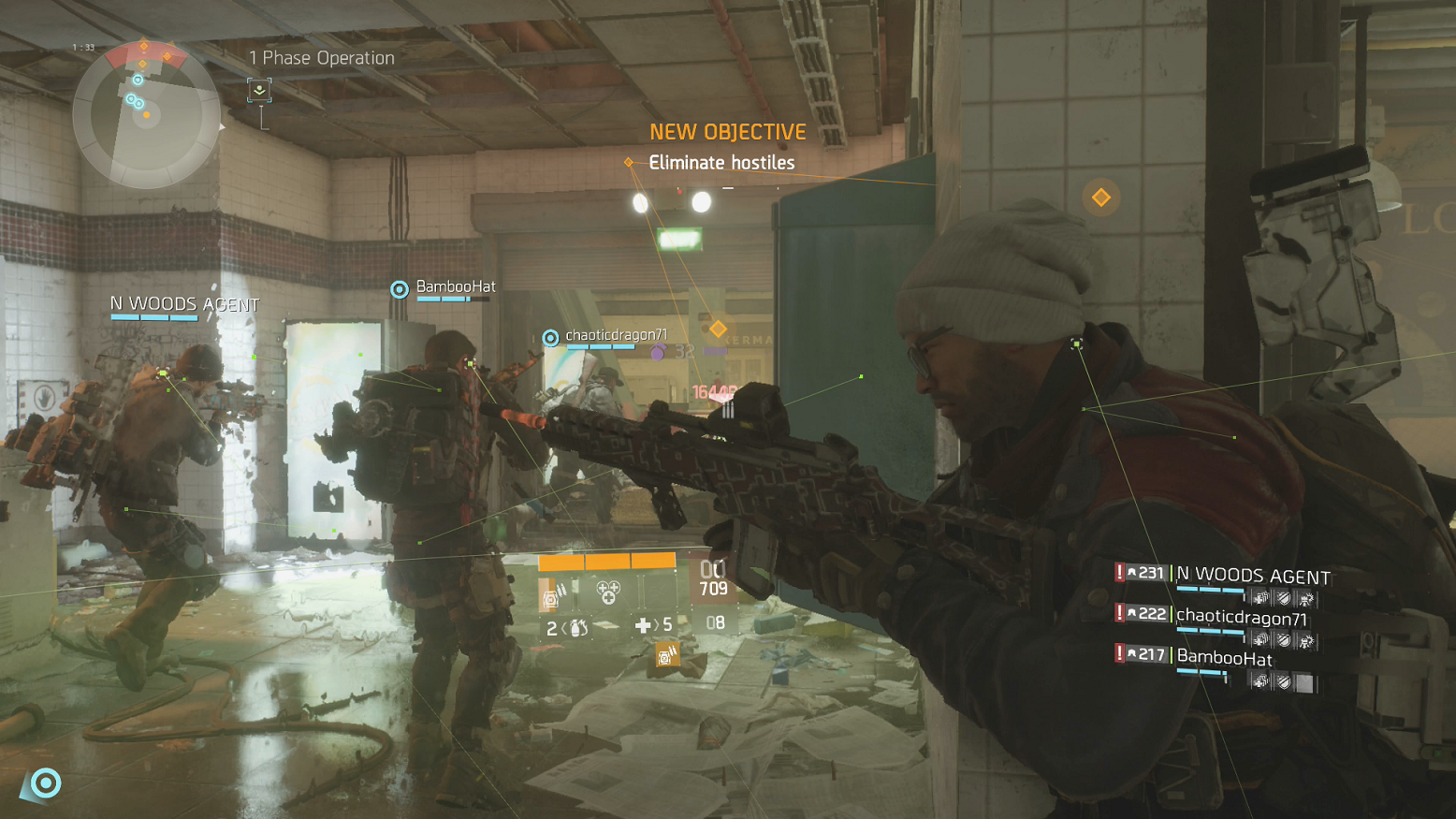 Each time I went into the Underground, I could choose a few variables for the operation. Multi-stage missions, difficulty level, and even some modifiers for things like removing the minimap, reducing ammo pickups, and more (called Directives). In this regard it’s not unlike the challenge modes in many other games, where each handicap gives a bit more experience on a successful finish. The playthroughs in the underground are procedurally generated - each mission has a random layout, enemy configuration, and objectives, although there are common denominators like boss fights.

Finishing up an operation grants experience points for the Underground rank, which allows for more Directives, longer Operations, and the coveted Underground caches. These caches, which drop high Gearscore equipment on a pretty reliable basis, are currently the only real incentive for farming out Operations. All of the other stuff I pick up along the way is, to an item, beneath my Gear level, even the orange freebie at the end. This amounts to a lot of crafting materials, and 'The Division' already has a lot of ways for level 30s to farm the primo crafting materials. These missions are exactly like all other missions: first Faye Lau or another important NPC gives us a pep talk, then we fight some guys, follow the floating orange diamond to the next fight with guys, and so on for 30-60 minutes. It’s not bad, it’s actually quite fun, but this can already be done without paying extra for DLC, and for similar rewards to boot. On a side note, even though these operations are quick and dirty, they’re not really accessible for solo players. The lone wolves out there will have to keep doing what they’re doing, make some friends, or resign themselves to the perils of matchmaking. 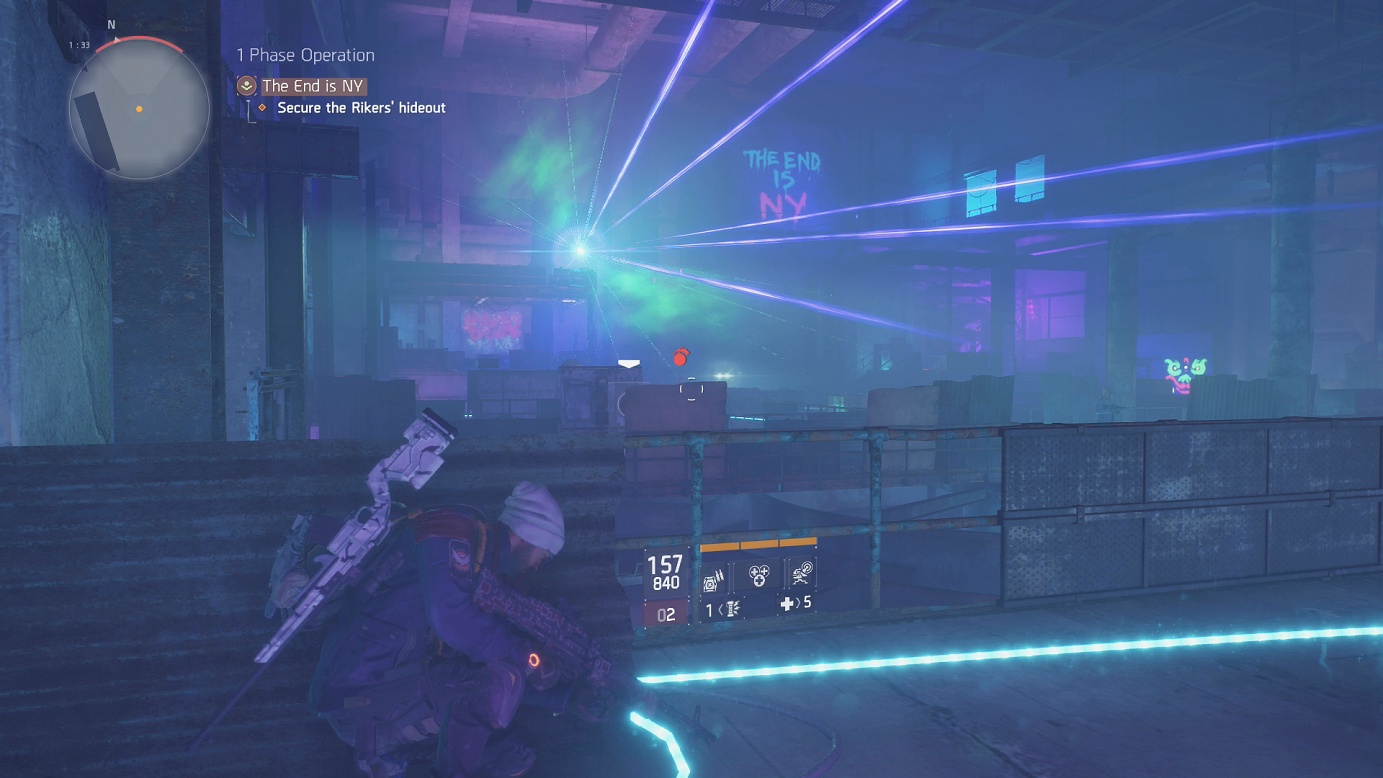 Besides the Directives and ranking system, there is little new content in 'The Underground' (I’ll talk about the incursion in a bit). Yes the levels are procedurally generated, but after a few missions everything began to run together and just look sewery. There are no new gangs and not much in the way of fresh weaponry or enemy types. I did encounter environmental traps, like a downed power cable that shocked me when I was foolish enough to walk over it, but otherwise there’s not a lot to distinguish the gunplay or aesthetics of the Underground from anything else in 'The Division'. I should note that the Terminal, a secondary vendor hub between the Base of Operations and the Underground, is part of the 1.3 patch materials and available to all players, not just season pass holders. Here you can find the newly granulated blueprints vendors, as well as the HVT questgivers released in patch 1.2. 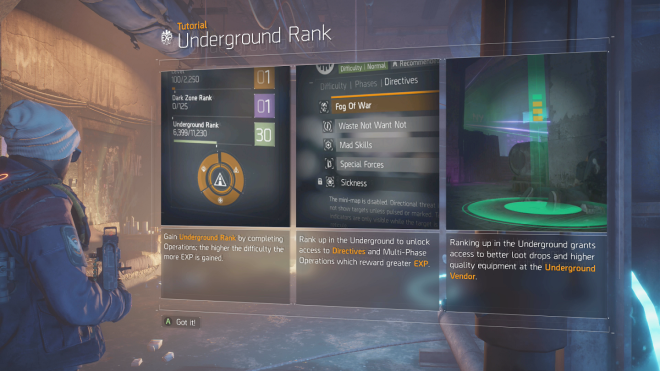 There are a couple of novel locations in the randomness of the Underground, including a mission where we fought at a nightclub, 'John Wick' style, but with less punching. The vast majority of these locales are quickly forgettable, however. It’s dingy, squalid and destroyed, like most of post-Green Poison Manhattan. As I mentioned in my write-up for 1.1, the armor set pieces might have nice bonuses but look kind of blasé. 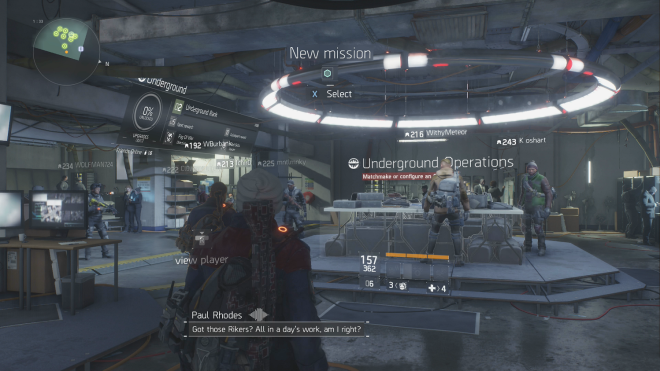 The only recognizable changes in the audio are the short bits of dialogue introducing the Underground and the very brief surface mission preceding it. The sound effects and music remain the same as the base game - very good.

'The Underground' includes an exclusive incursion, Dragon’s Nest. Like the others it is intended as endgame content. The required Gear level is 160, with 180 for recommended and 200+ to not be instantly kicked from a randomly matchmade group (trust me on that one). For 200+ types it is not terribly hard, and for 240ish types it’s not really hard at all. It is a Cleaners incursion and therefore you are going to burn, a lot. There are remote controlled napalm cars (these are real bastards), flaming floors of death, upgraded flamethrowers, and a limitless supply of incendiary grenades. The incursion is mostly two large areas where lots of Cleaners come out of the woodwork and shoot you with fire. Sometimes you move around the level for better vantage points, but that’s about the entirety of the incursion. The final fight has the aforementioned flaming ground panels, so I had to run to and fro while shooting bad guys, but I do a lot of that anyways. Dragon’s Nest is worth doing once and then putting on the shelf forever.

There are four sets of armor that are currently only available to DLC owners: Blind, DeadEye, Firecrest, and Reclaimer. I have only received a single piece of the DeadEye armor; not my preferred playstyle but with good bonuses and worth seeking out for the snipers out there. I am much more interested in the Reclaimer set that doubles the speed of healing stations and makes the user’s consumable and ammo drops apply to the entire team. For the Blind full set, every kill creates a flashbang effect at the site of the enemy’s death, which is pretty rad. 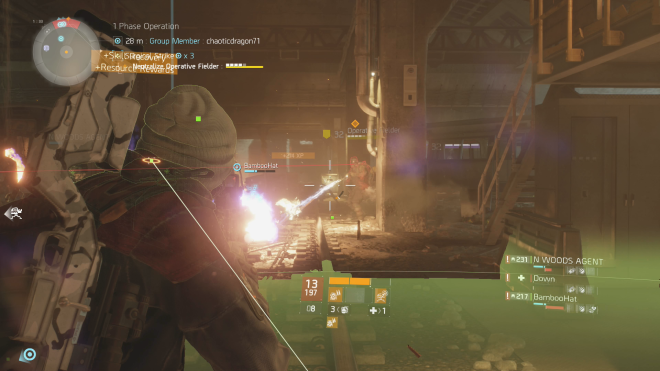 Perhaps season passes have jaded me after all these years, but this is exactly the kind of filler DLC that pads out most season passes. It doesn’t change much, doesn’t add much, doesn’t take any risks. There is a familiar fun in the arcade sensibilities of the Directives, but the novelty doesn’t last very long. 'The Underground' is worth trying out if you’ve committed to a pass, but certainly not worth buying on its own.