The Game Itself
2 Stars
The Video: Sizing Up the Picture
2.5 Stars
The Audio: Rating the Sound
2 Stars
Replay Factor
1 Stars
Bottom Line
Skip It

'Crush Your Enemies' is billed as an RTS with all of the economics and politics stripped away, focusing on quick action and uncomplicated army management. Little squads of Vikings march around a small 2D field, reproducing, claiming tiles, and inhabiting static turrets to shoot enemy Vikings. There’s no research, very few hero types, and only a small handful of temporary buffs that can be purchased with beer from the overmap. 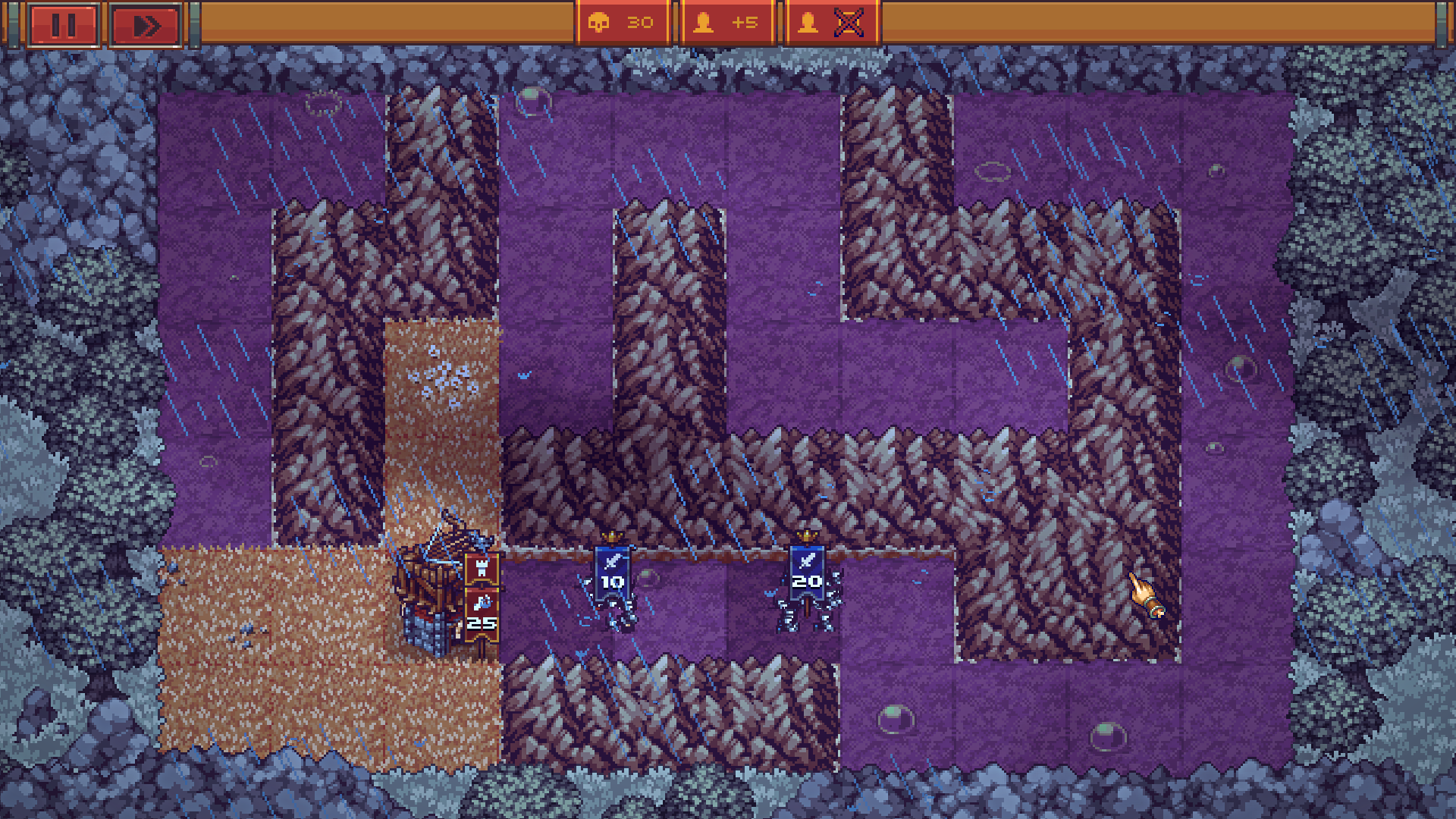 Each level lasts 2-3 minutes, and gameplay is never more advanced than clicking on an army, clicking on a tile somewhere, and watching them move over there, perhaps fighting enemy forces along the way or converting tiles. Sometimes I needed to move part of my army back to the spawning hut, where they make more little guys very quickly. These little guys can then be farmed over to a warrior hut to instantly make them tougher, or directed into a turret. The more little guys in one army the better, with a maximum of 50 guys in each unit.

I wish I could describe the game to you better, but that’s really all it is. The amount of content is thin, pitiful even, especially considering the huge amount of awesome strategy games one can find on Steam for $10. The only strategy decision I’ve had to make is whether to bring my Viking dudes back to the base to make clones or turn them into warriors. If I don’t make soldiers quickly enough, they will get overwhelmed and I have to replay the whole two-minute level over again. It comes down to zerging - who will get zerged first, me or the opponent? I have just about the same amount of fun either way. 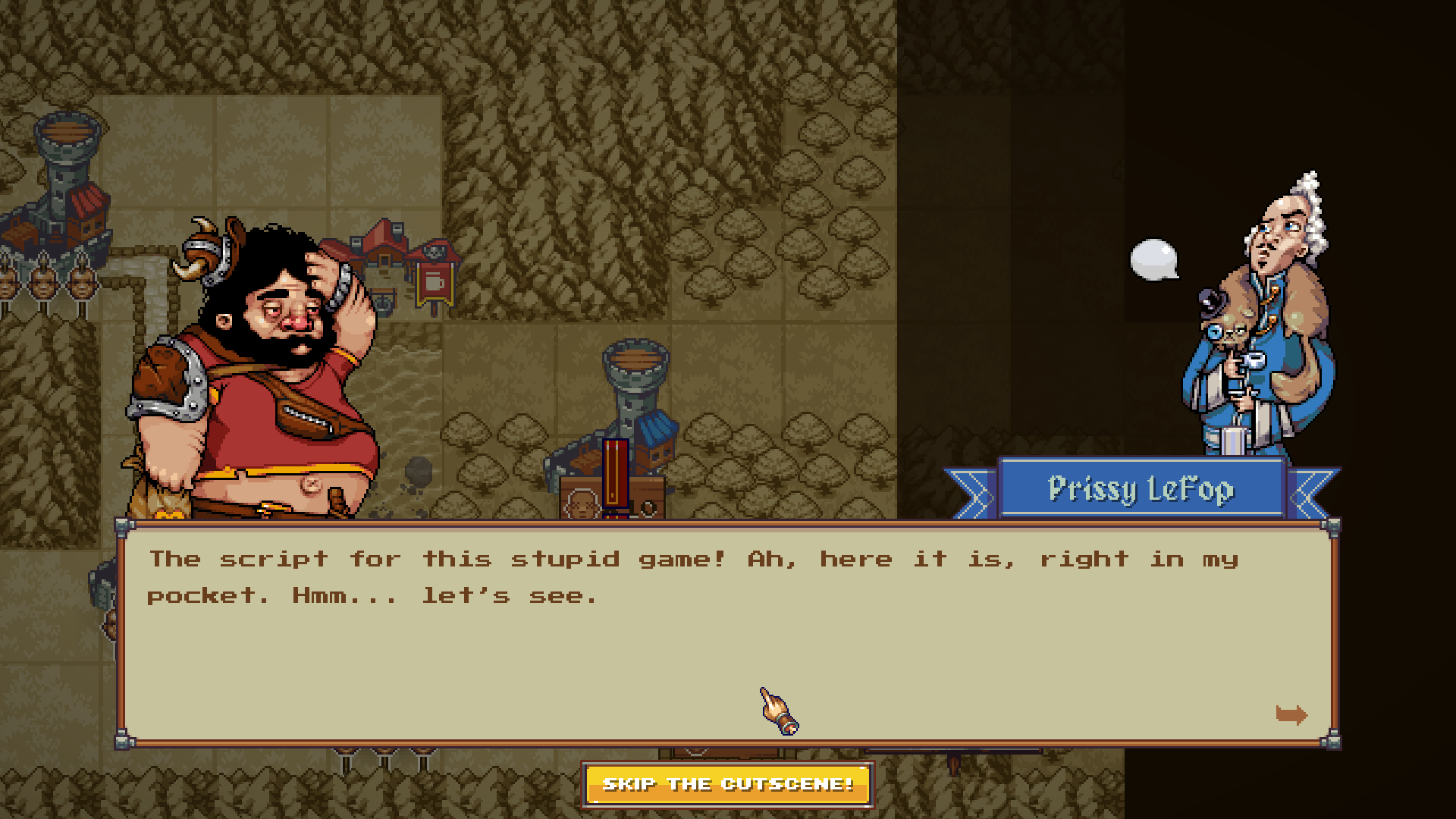 The script is one of those fourth wall-breaking types, trying hard to be funny while riffing on games. It pokes fun at those awful mobile/social clickfest types in particular, which is ironic because this is one of those games. All you do is click armies around. There’s no base development, no resource gathering, no tech tree. I couldn’t be bothered to buy things at the in-game store with beer, because none of those items are required to breeze through the missions. Vile Monarch seems to hold RTS conventions in disdain, and yet their solution was cutting away all of that and replacing engaging gameplay with toilet jokes and lame references.

There is a place in this world for games that are played on the subway, on the airplane, in the back pews during weddings. These low intensity games are the equivalent of a snack or a quickie, meant to be easily digested by anybody, just to kill time. The gaming analogue of a summer popcorn movie, or a bodice ripper, or heavily syndicated laugh track sitcoms. They’re fun sometimes, right? 'Crush Your Enemies' is not fun. Even in the realm of time-killing clickfests there are far better offerings, and at cheaper prices or no prices at all, if you can resist the Faustian lure of microtransactions. 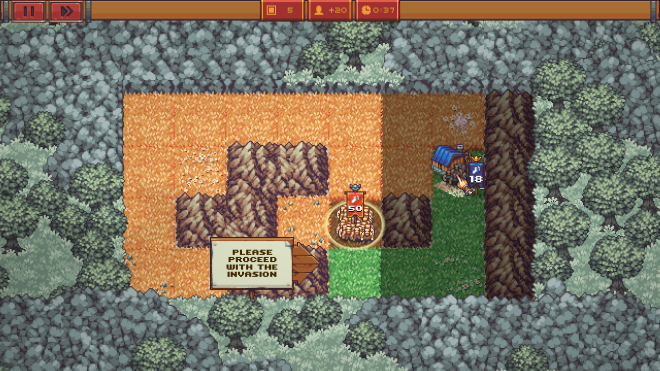 'Crush Your Enemies' uses pixel art of the decidedly average variety. The models are generic, as is everything in the environment. The character portraits during cutscenes are a bit better. The good news is that everything loads lightning fast. 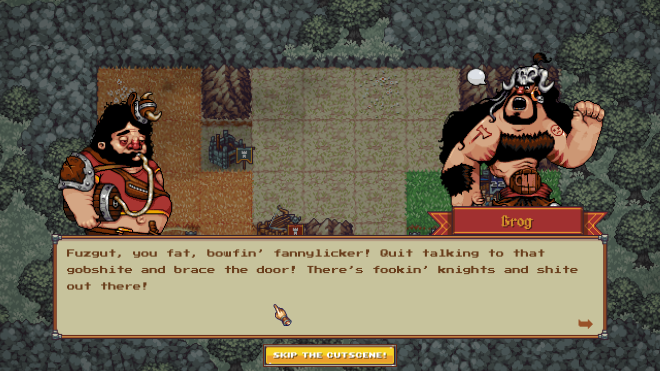 The audio has a similar production value. Music is sparse, sound effects are overplayed into oblivion, and there is no voice acting besides the distorted squeals of the soldiers and gibberish during cutscenes.

There is a multiplayer mode, and I roped an unfortunate friend into trying it out with me. He beat me mercilessly every time, as I struggled to get my enemies around the board quickly enough. Clearly he is a true Viking, worthy of fighting in Valhalla with his ancestors. The multiplayer is identical to the weak single-player campaign and even with the two of us making fun of each other like we usually do, we struggled to have a good time. 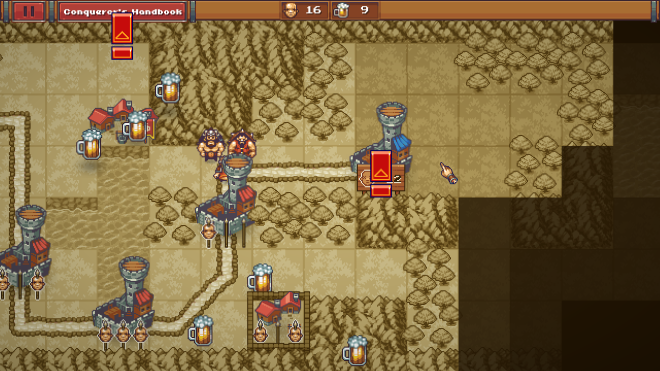 Vile Monarch’s Grzegorz and Kacper have done some awesome stuff in their career - 'This War of Mine' is a personal favorite. With 'Crush Your Enemies' I don’t know what happened. They tried to subvert the genre of mobile gaming and satirize the clickfest, and yet they just created what they were trying to parody.