The Game Itself
2.5 Stars
The Video: Sizing Up the Picture
3.5 Stars
The Audio: Rating the Sound
4 Stars
Replay Factor
0.5 Stars
Bottom Line
Skip It

Splendy Games is a new British developer specializing in live-action video games. This was a format briefly popular in the 90s (and along with 'Mortal Kombat' led to the ESRB, thanks 'Night Trap') but has since petered out until recently, when titles like 'Her Story' are seeing the light of day. 'The Bunker' is available for PC, PS4, and Xbox One.

In the backstory of 'The Bunker', the world ended in 1986 when the bombs dropped. The true extent of the calamity is never revealed but the UK at least is in complete shambles. A few fallout shelters were hastily constructed before the explosions, and the game opens with the birth of John, whose mother entered one of these shelters as she was delivering him.

Fast forward thirty years to John as the remaining survivor in the vault. Mom is gone and so is everyone else, and John has to maintain his sanity with zero human contact. His daily routine is tedious at best. He takes his vitamins, checks his radiation levels, eats a can of peaches or whatever else he can find in the 27 years' worth of food he has remaining, and reads from one of his three books. Very quickly we discover that John is different. It is not explicitly clear if he has an intellectual disability or if his capabilities have been diminished after decades of living in an underground pressure cooker with an overprotective mom, but he isn't able to do things like a regular person would. Leaving his room is nearly a Herculean task for him, for instance, and traveling anywhere in the bunker causes him to hyperventilate and sweat profusely. 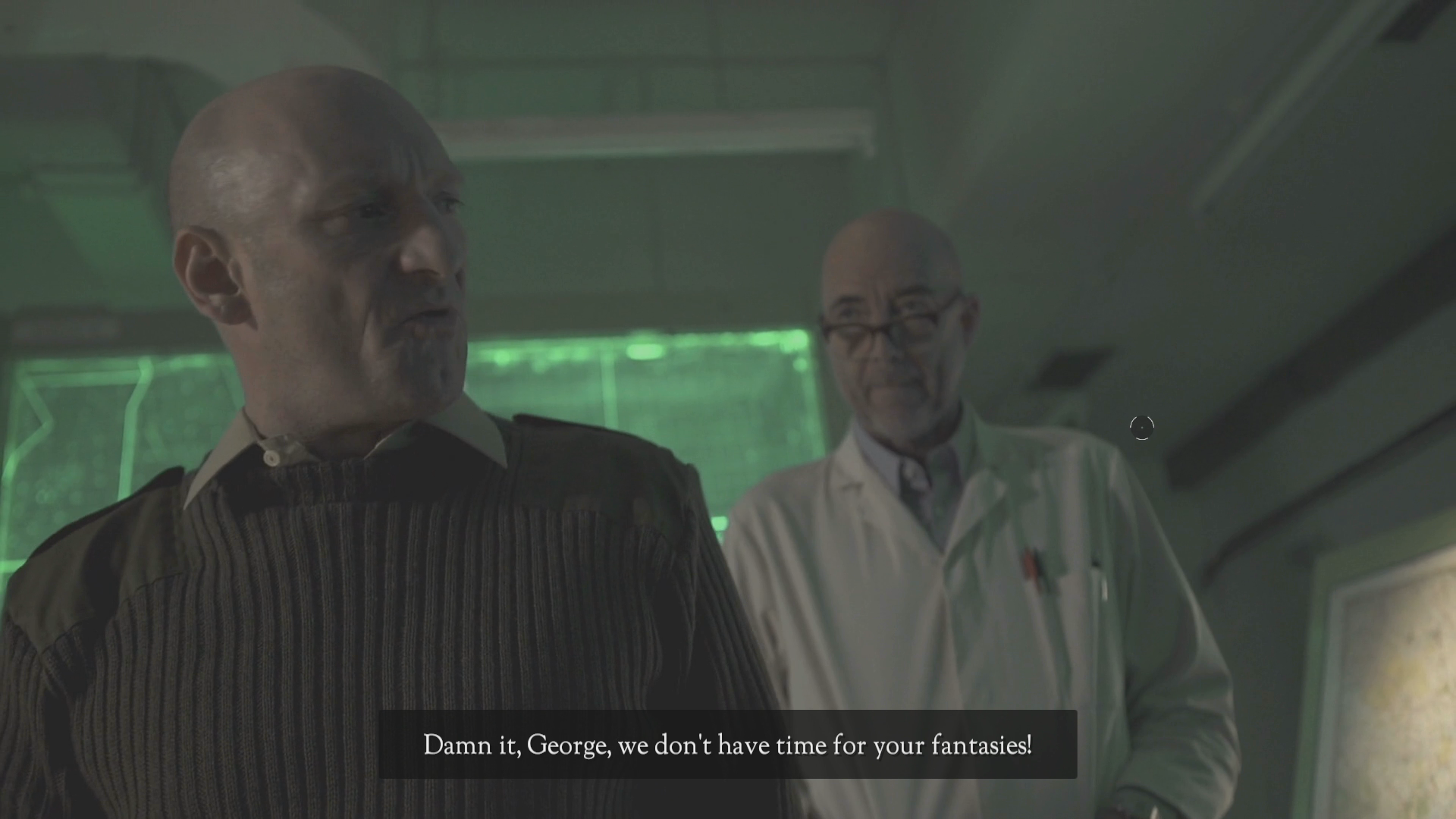 It is a real stretch to categorize 'The Bunker' as a video game, moreso even than other adventure games. Interaction is limited to clicking on doors and opening cabinets, with the occasional QTE. The QTEs are mostly optional and always a pain. The game-ending ones in the later chapters punished me for missing by only a second or two, yet the cursor scrolls so slowly across the screen that I could hardly be blamed for missing the first time. On replays I would just keep the cursor in the anticipated area so as to not die from not hitting A quickly enough, which is just as lame as it sounds. 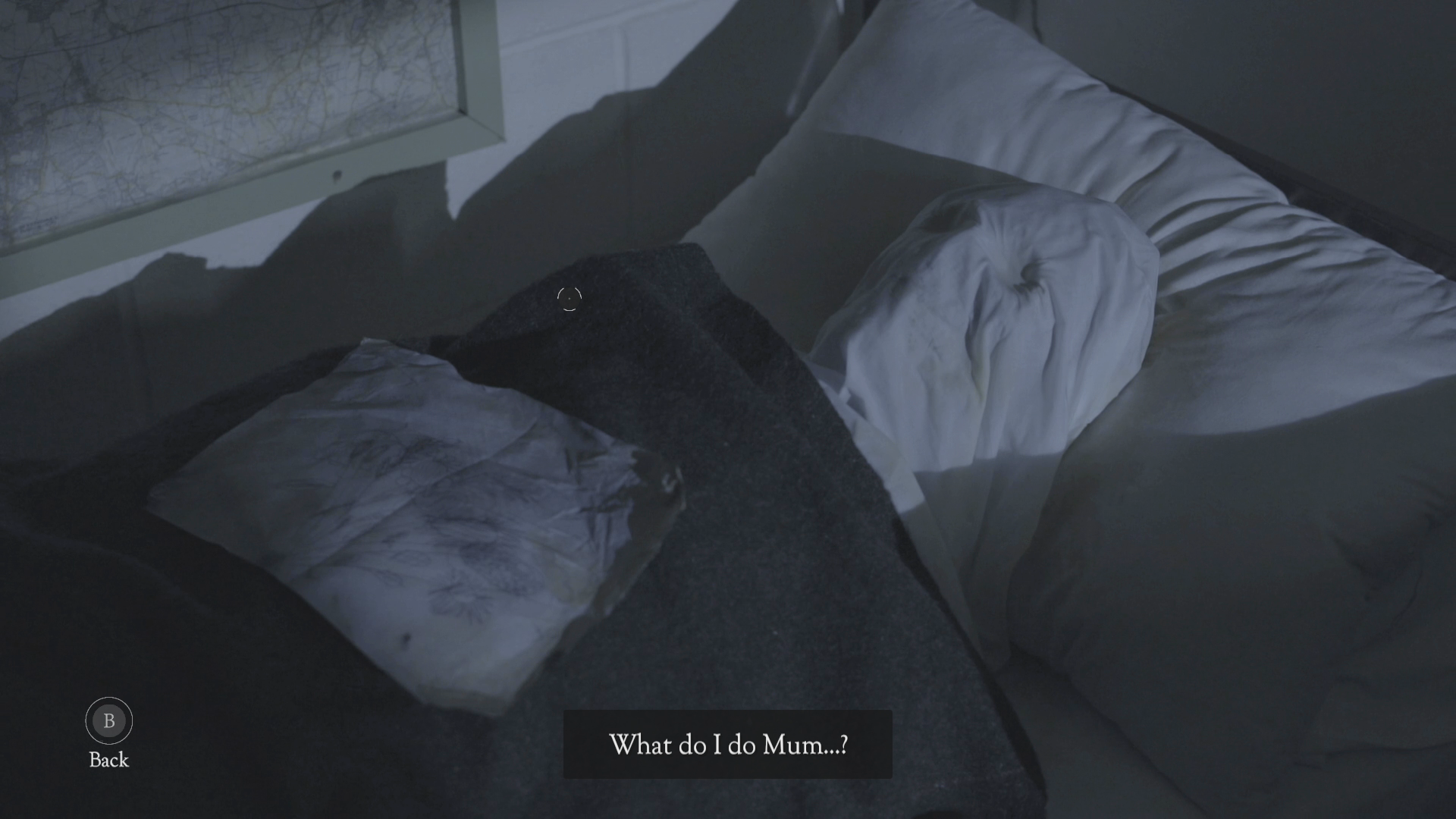 'The Bunker' wants to be suspense with a heavy dose of psychological horror, but it has a tough time personifying either of those traits. It's tough following around a lone actor as they do their thing - even good actors, like the one playing John (Adam Brown) can suffer from a B-movie feel when by themselves. Some of the scenes are over the top in their melodrama, so much so that it was hard for me to keep a straight face. That's not a good sign for a movie that wants its audience to be tense or on the edge of their seats. 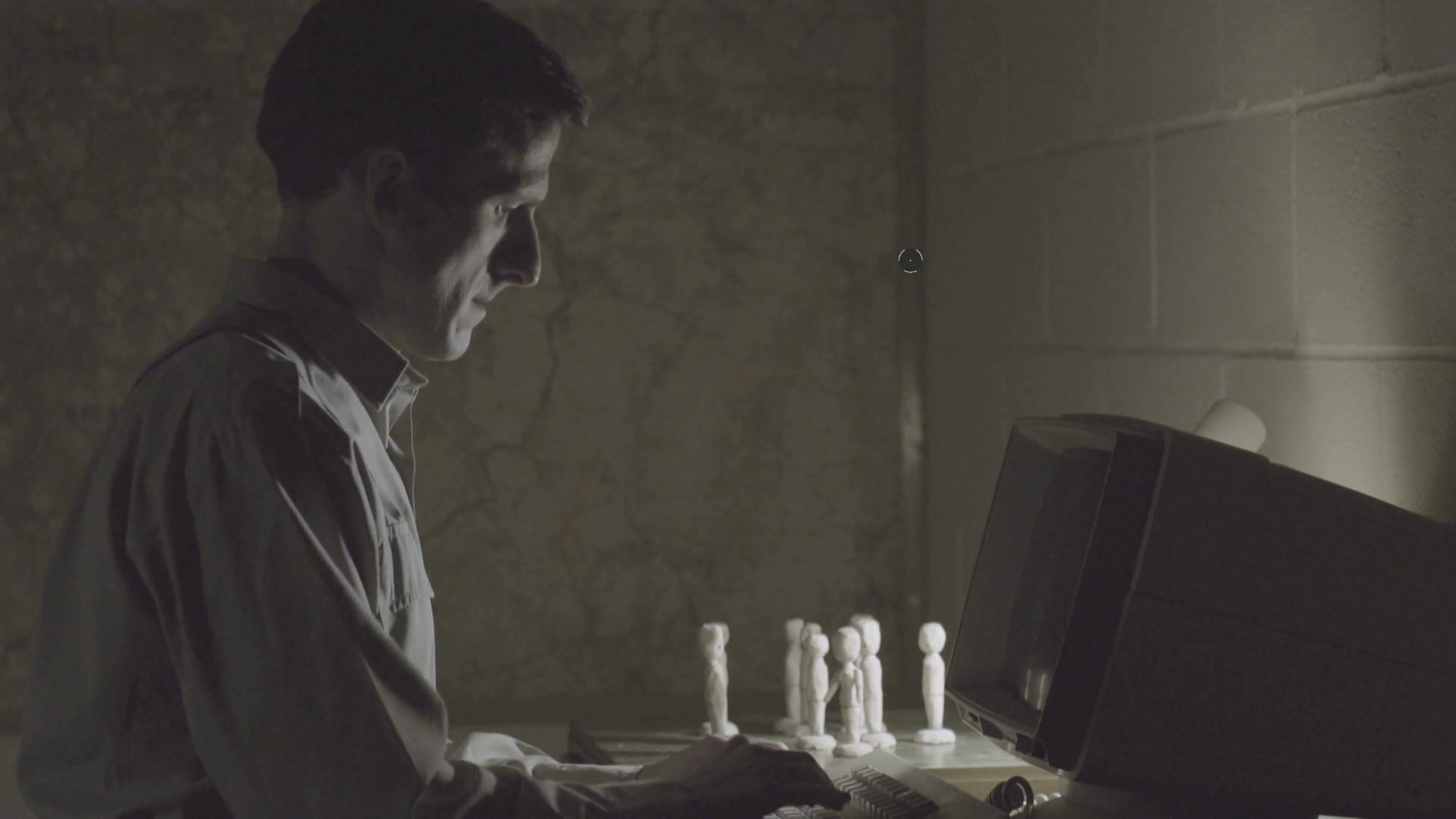 The backstory in 'The Bunker' is by far its most redeeming quality. There is a menacing air about many of the characters, who are adults trying to manage the population of the vault under abysmal conditions. As resources dwindle within a relatively short amount of time, the humans do what they do best when they get desperate: they get ugly. My agenda during the game turned into a race to the 90s-era cutscenes, ignoring the boring John parts which mostly consist of him screwing up some simple task anyways. There is a sense of defiant resilience in him, but there's also a lot of whining and bellyaching that I just can't stomach for long. 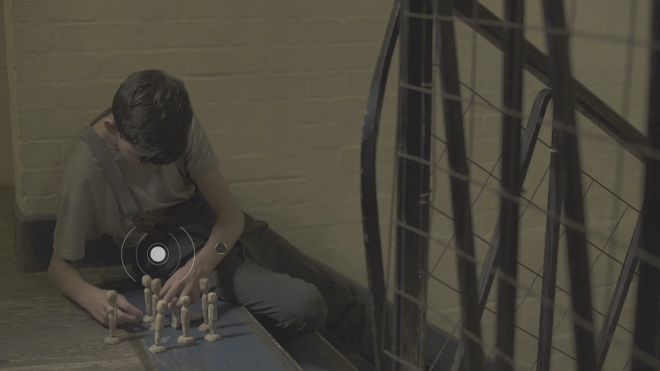 'The Bunker' has an inconsistent presentation. Sometimes it looks nice, and other times it doesn't quite reach HD, with lots of grain on the screen. The setting is perfect - the devs filmed in a real bunker filled with Cold War era tech, and it's as creepy as you'd expect. Controls, when you need them, are sluggish and the tooltips are tiny. 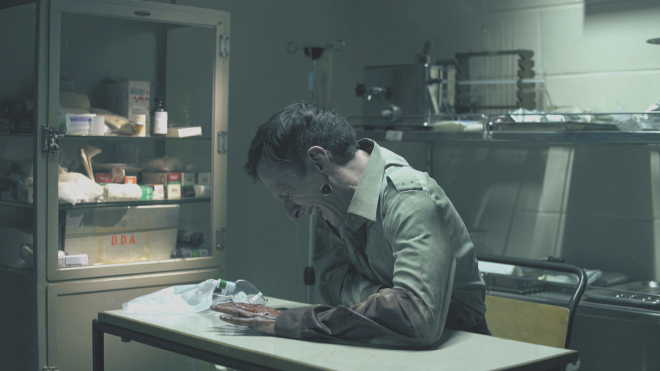 It's unusual to have to comment on live acting instead of just voice in this part of HDD, but the cast of 'The Bunker' does a good job. John's mom (Sarah Green) is the best part, and John himself is decent but really lays it on during the melodramatic bits. The retro soundtrack fits in very well.

'The Bunker' is very short and very linear. Finishing it in an hour is not impossible. There are a few collectibles to find, however they add little to the experience and aren't hidden very well because there are so few levels. 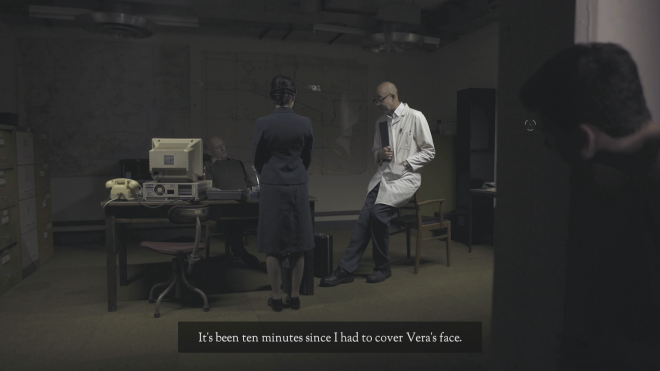 I had a tough time taking 'The Bunker' seriously. It was an admirable attempt at live-action psychological horror, but the John segments meander on and stumble around like the main character. It's not entirely predictable, but nor is it treading new ground.