The Game Itself
4 Stars
The Video: Sizing Up the Picture
4 Stars
The Audio: Rating the Sound
4 Stars
Replay Factor
2.5 Stars
Bottom Line
Recommended

Digital PS4 version reviewed. 'System Rift' is the first of two announced single player story DLCs for 'Deus Ex: Mankind Divided.' It can be had as part of the season pass or as a single DLC add-on.

If there is one thing for sure about the world of 'Deus Ex' and more recently, of 'Deus Ex: Mankind Divided,' it's that whomever the man is behind the curtain, there is likely another beyond that and again beyond that. There is as ever, really only penultimate truths.

Fortunately for Adam Jensen, each turn of the screw only makes him slightly more grizzled and inexplicably in a world of mechanical apartheid, his augments become powerful as his JT29/rogue operator status soars to new heights.

Thus, the 'System Rift' story DLC, which reunites Jensen with an old frienemy in Francis Pritchard comes in boasting of answers. This time out, the answers in question concern the Santeau Group, but what looms larger in the heart of 'Mankind Divided's darkly futuristic Prague is the Palisade Blade, to which Jensen and co. are drawn to like flies.

When I reviewed 'Deus Ex: Mankind Divided,' I wasn't left really hungering for DLC. And in general, I find that most story DLC, largescale or otherwise, is often barebones and compromised when compared to the main game to be really worth the price of admission. So it came as a surprise that I mostly loved 'System Rift.'

There are some very obvious DLC esque issues. I basically jumped into the DLC without really knowing where in the timeline it fell. By the end, however, it was pretty clear, 'System Rift' is (I'm pretty sure of this) a side story that leads into, not the main game, but into the Breach Mode. I'm also fairly certain that 'System Rift' avoids spoiling almost anything in the main game, as it carries a slight prequel feel, which I why I say it's a side story. 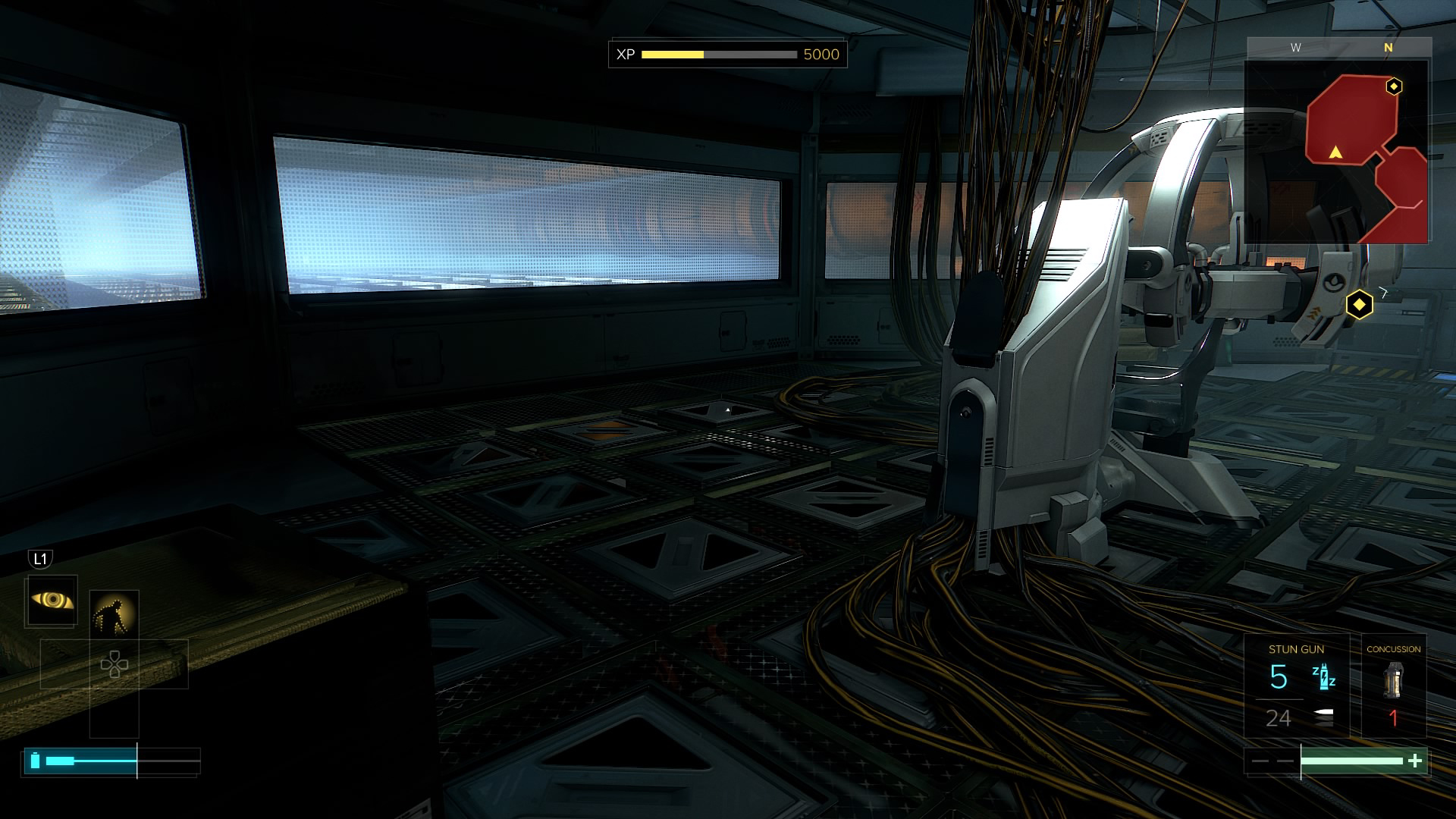 It's roughly equivalent to one of the larger levels/missions in the main game. It starts with a slight subsection of Prague before going into the facility that makes up the meat of the gameplay. The Prague bit gave me a chance to pick up a few items and weapons, as well as the few secondary/optional objectives. 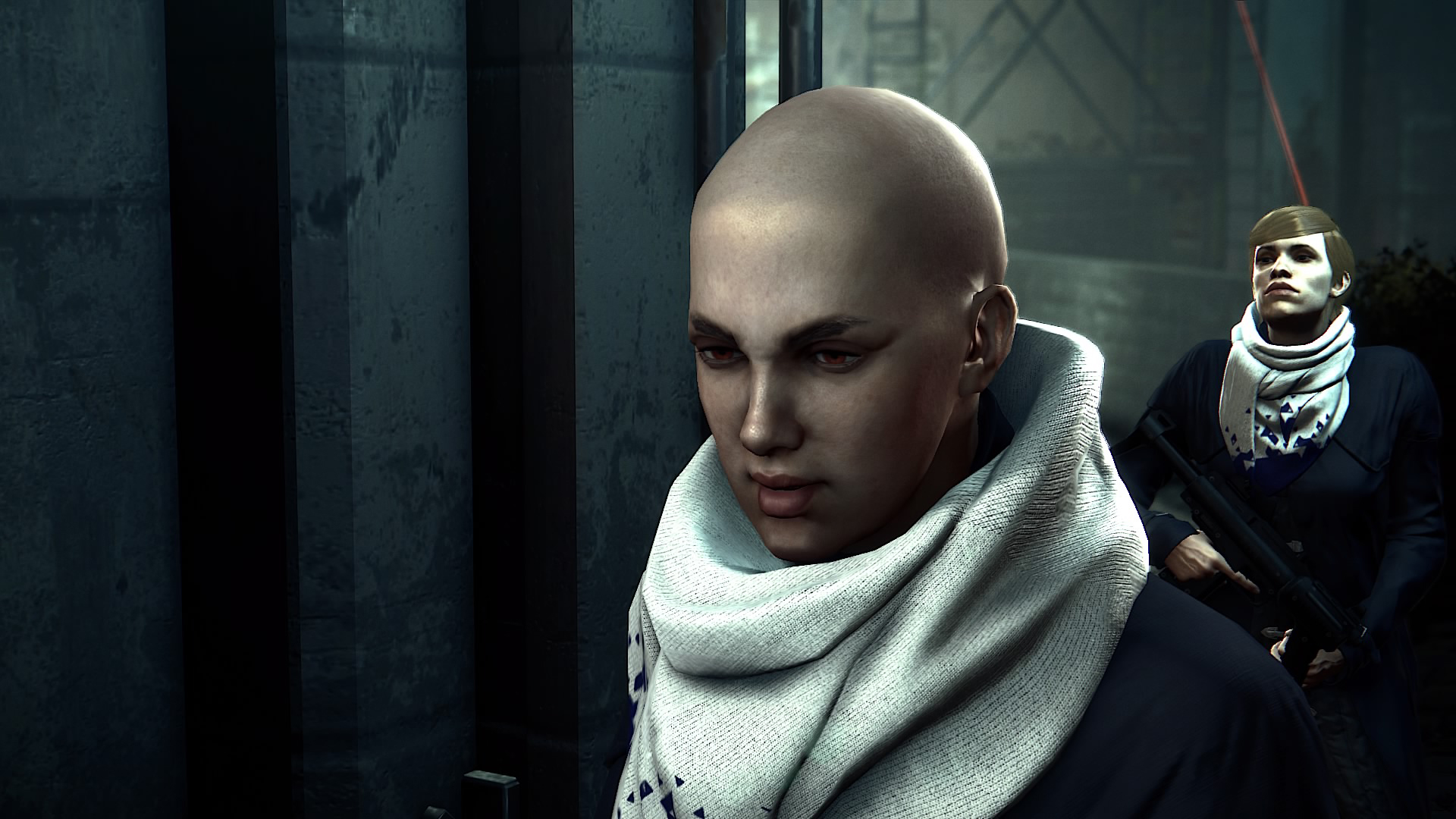 While I didn't mind being cut off from the sprawl of the main game, I wasn't too thrilled to basically have a completely unleveled Jensen, bereft any inventory or weapons. The game gives out some Praxis points to get things started, but I was nevertheless left scrambling as things went along. I play a stealthy hacker style, and so most of my points went into hacking and the cloak. When I eventually ran into poison gas, weak walls, heavy path blockers, turrets and drones, I had to make some choices, try them out and make them again. (I had to completely forgo combat augs or any of the cool advanced stuff).

I get that this makes it accessible for all players as it is unrelated to their story progress, but I was really hoping to use those advanced aug powers and it was rough having to scrounge for every little biocell and weapon part. The few loose Praxis kits I found were instrumental in my being able to get those secondary objectives tied up. 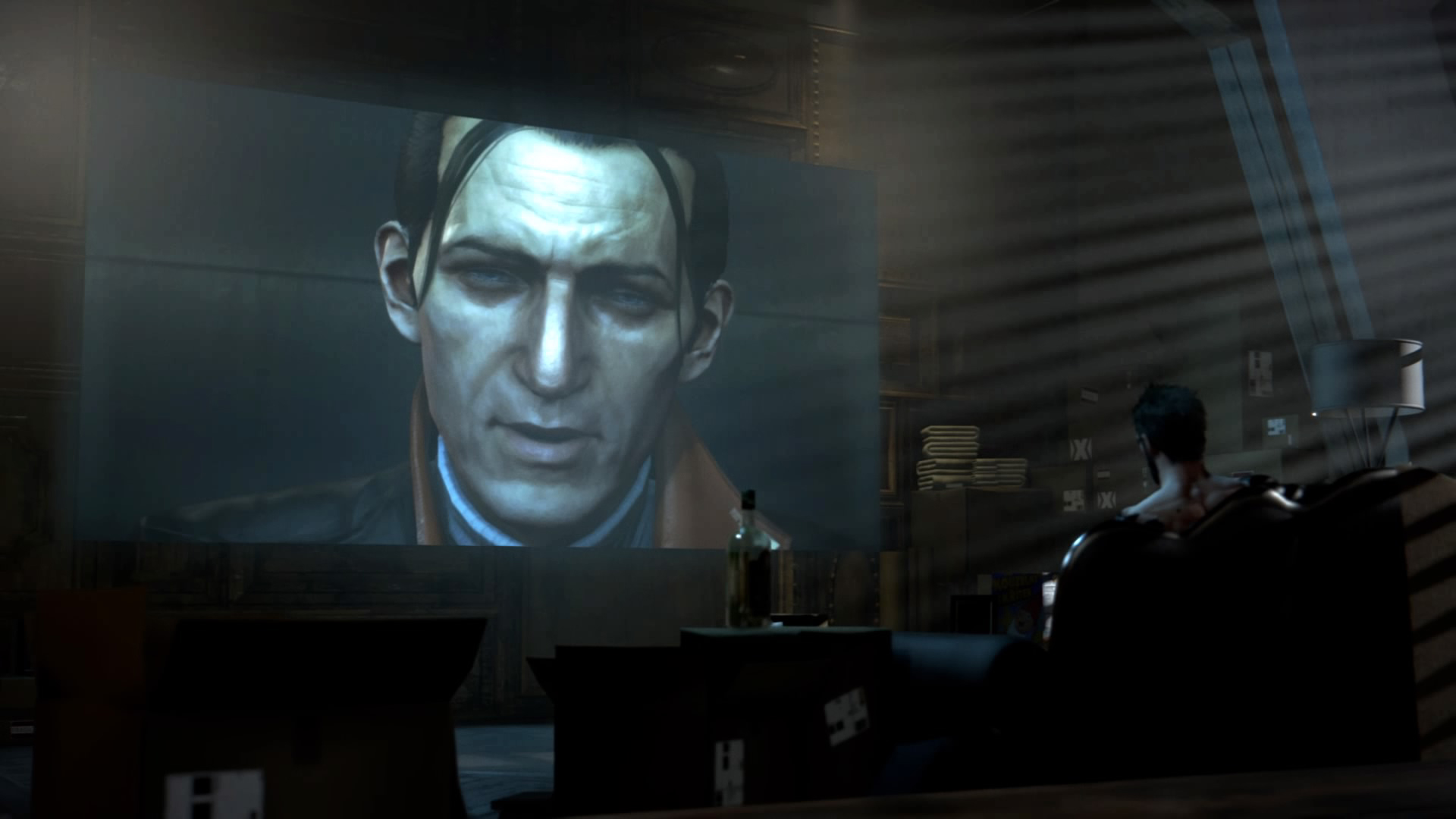 Even with this limitation, the facility that I had to infiltrate was easily as fun as any I did in the main game. I have to admit though, when I went up against a room packed full of fricking heat sensors, drones, and turrets, I had to just run for it. Likewise, the 'Breach' part of the DLC, where I had to enter a server, was not especially mind-blowing. (Certainly, neutralizing the agents in the party in the main game was much more challenging.) I think I was expecting something more like the 'Breach' levels proper, with trickier platforming and enemies.

If there are any new weapons, augs, costumes or other wrinkles, I missed out. Normally, sizeable DLC at least pretends to contain such things.

Could 'System Link' have been included in the main game? Sure, but like the main game , I moved through it a snail's pace. As much as I enjoyed the gameplay (it was fun to come back to the game after a month or so away), the "I'm doing a friend a solid, but crap, here's a massive conspiracy and cover-up" story was a bigger payoff. The little stories, which are found mainly in hacked emails, were fairly weak, but do paint a picture of working at a monolithic company more concerned about security and control than overstepping any employee's rights (or health, happiness, etc.) 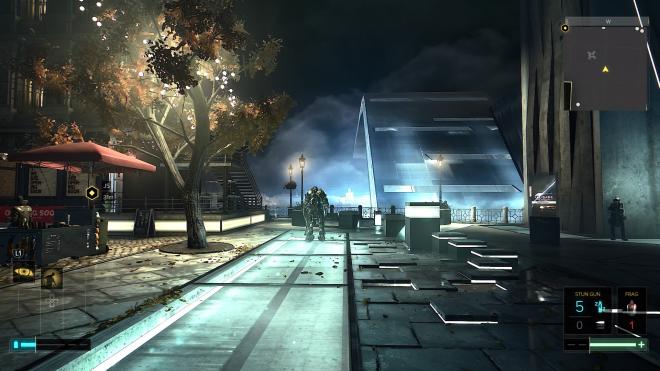 Naturally, the visuals are in step with the main game. This being DLC, there's not much in store that I hadn't seen before, but the game's art style and world really lends itself to reuse. The facility to which I keep referring is at once unspectacular and compelling. It's an infiltration and a heist, and this target beats the crummy apartment, sewers, factory and other industrial settings. Basically, the theme of hidden wealth has overridden my need for visual splendor.

The other reason I'm bumping up the score slightly from the main game is because I got to play 'System Rift' in with HDR enabled. That likely sounds like a ringing endorsement, but if anything the HDR mode has got me thinking that normal game has some issues with its global light level. I think I now played through the story in error in terms of brightness. (This may be due to some standards issue in the ship build.) In contrast, the HDR mode gets along much better with my display. Even so, it's been fun testing it out, and I look forward to what the near future holds in that area.

Turning the HDR mode on does ruin some of the load screens, specifically the character portraits: 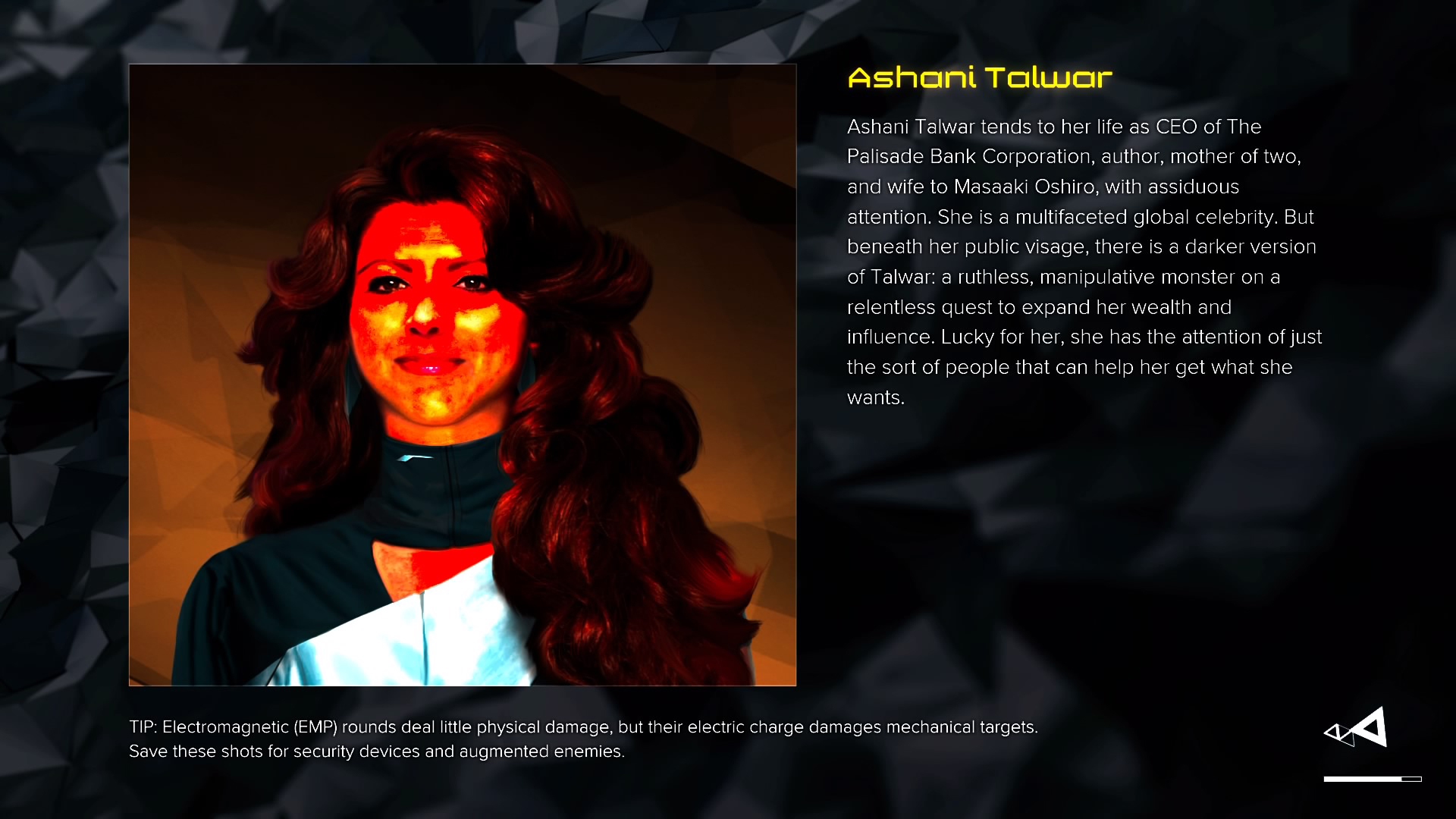 Using HDR can also effect several smaller touches that had me wondering about the game's filters: 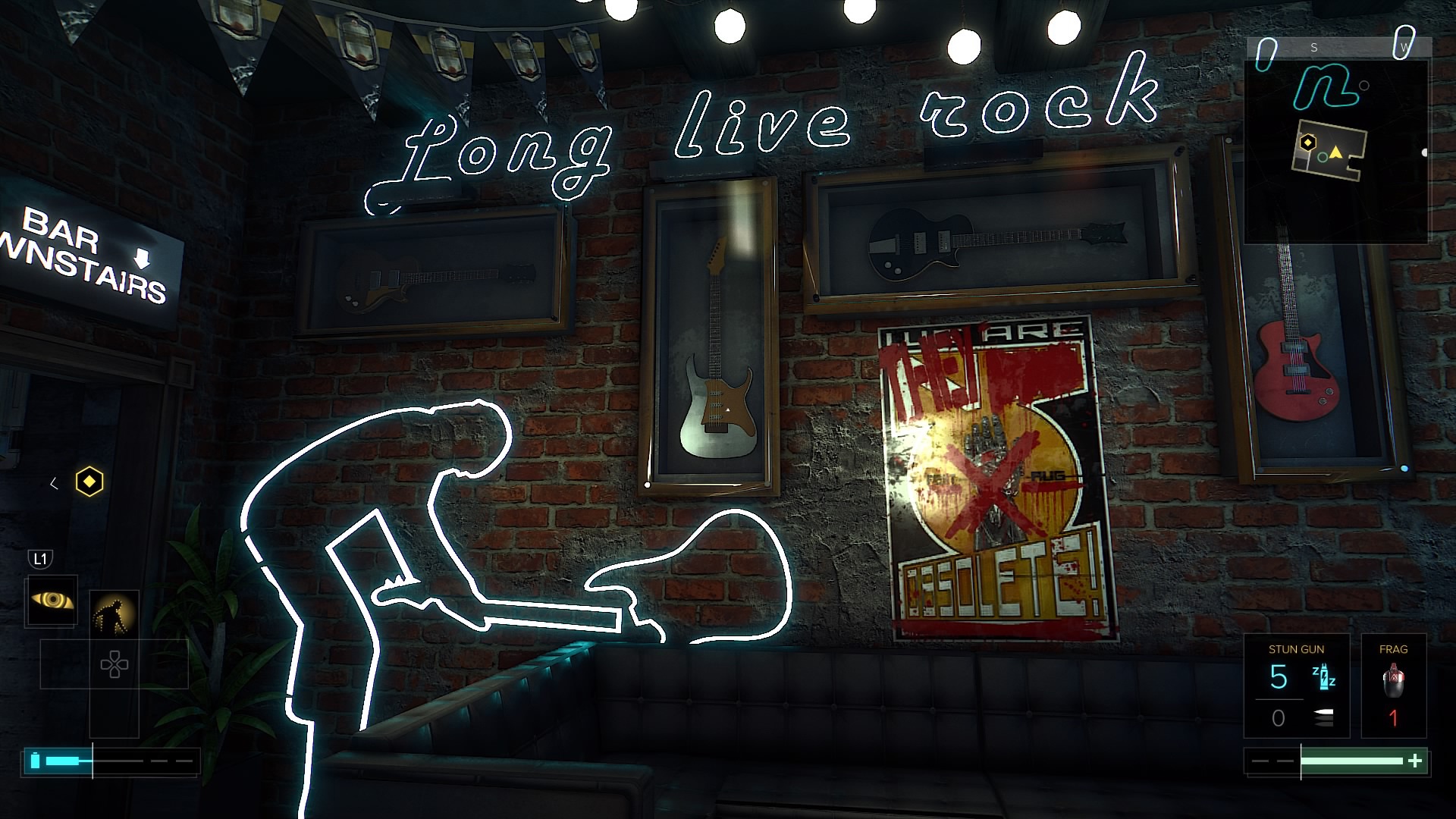 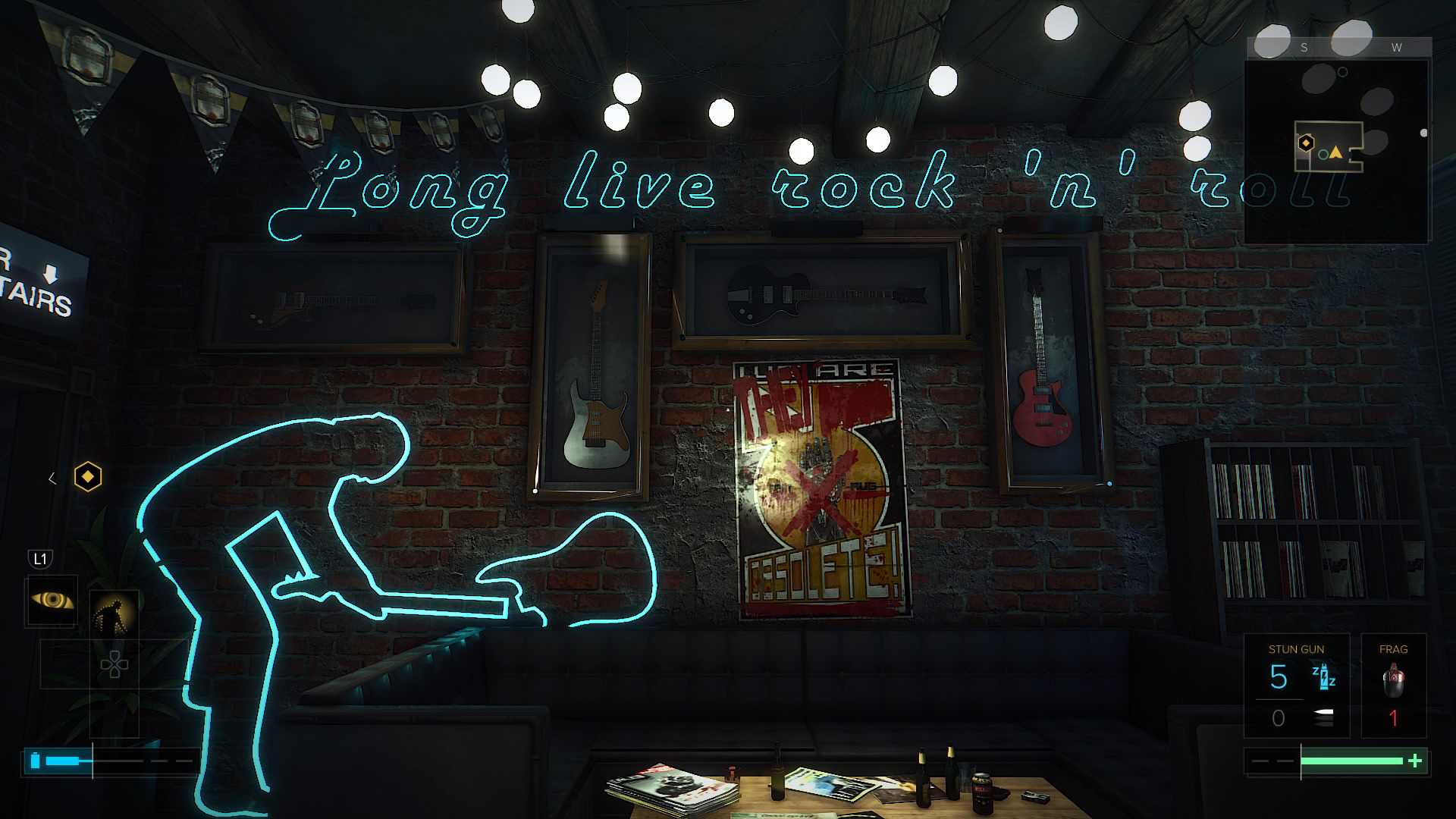 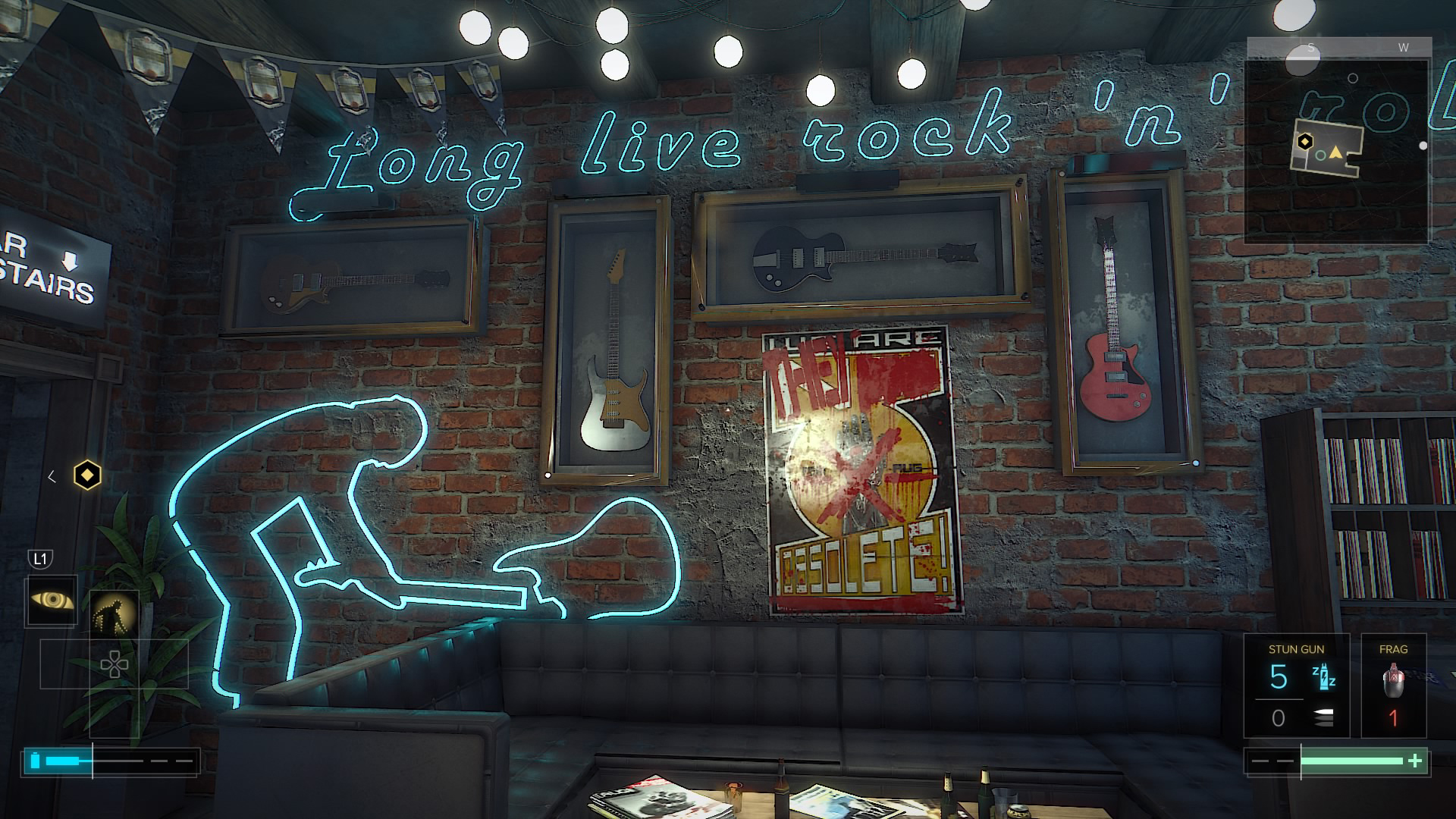 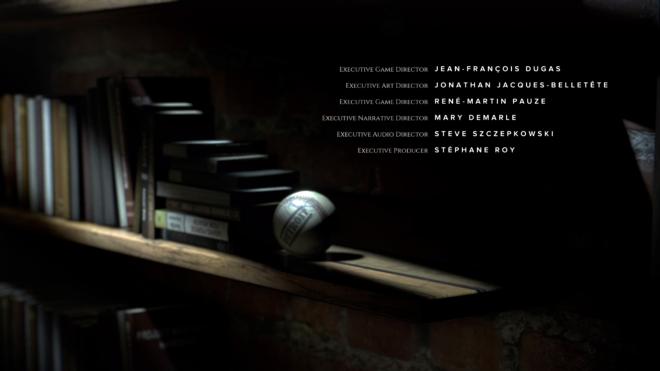 No severe faults here, and the voice cast wasn't as limited as some DLC episodes I've played. At least three key characters put in plenty of dialog, which helps the production value. Nevertheless, I can think of two figures that would have rounded out the cast had they contributed more. The opening credits are fun, especially at this October time of year. 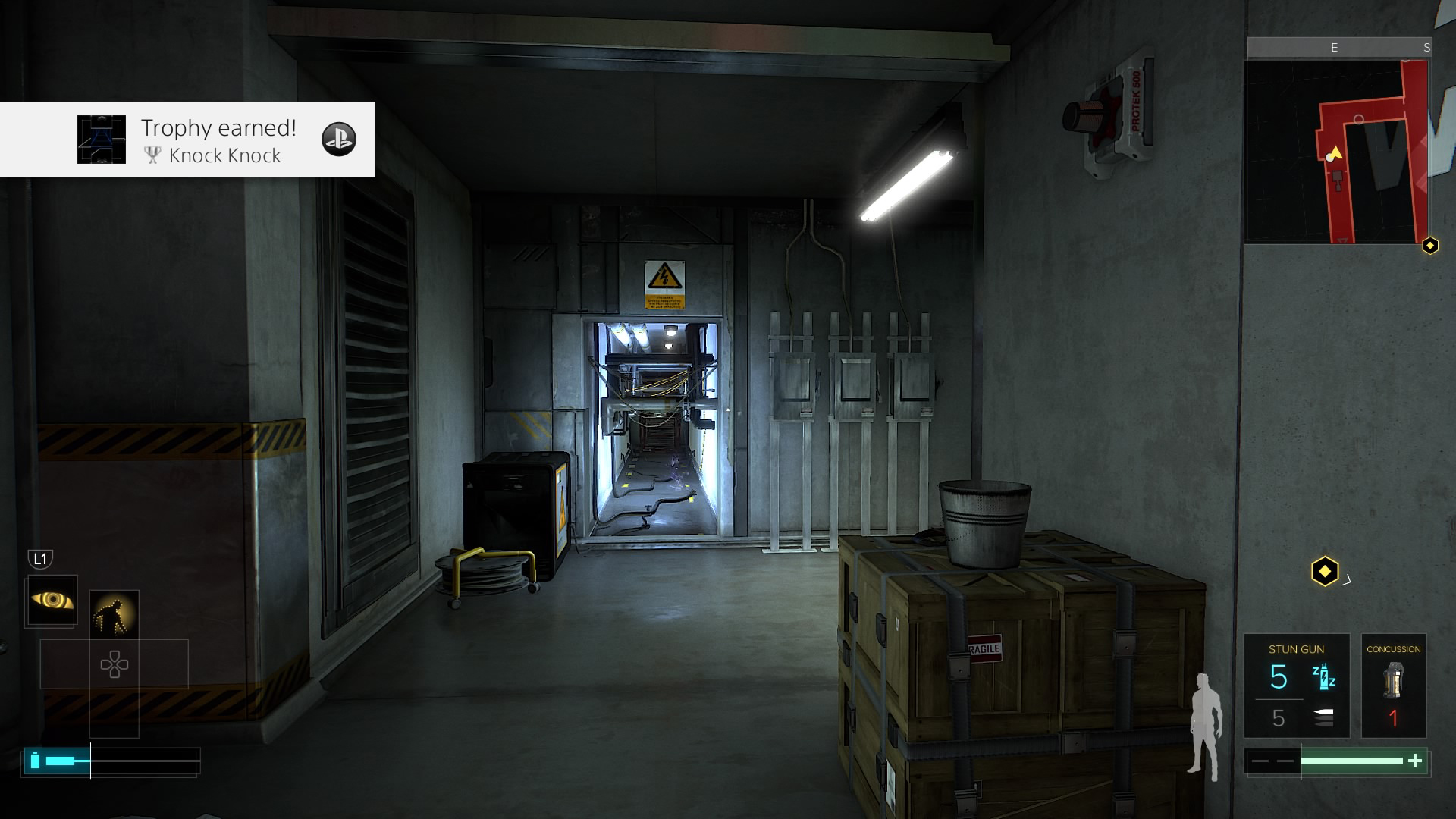 The replay value is higher than most story DLC. Because there are alternate paths (short jaunts to be sure), and because being more violent and forgoing stealth would greatly affect the gameplay, it is replay worthy. But having fully explored the story, and not really wanting to replay with a base level Jensen, the replay value is lessened. The Trophies are nice and reasonable. 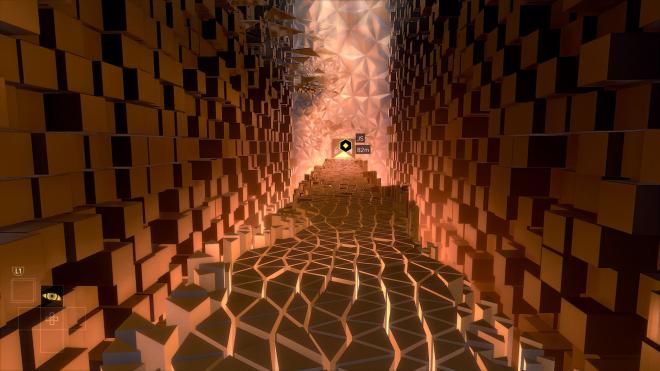 'Deus Ex: Mankind Divided - System Rift' made for a happy surprise and happy return to one of my favorite 2016 games. There is story and gameplay worth having here, but nothing radical like a full-powered Jensen or even new weapons or abilities. Somehow though, 'System Rift' does deliver on content that links the main game with 'Breach.' I'd be happy if the other big DLC, 'A Criminal Past,' can deliver as effectively.