The Game Itself
4 Stars
The Video: Sizing Up the Picture
4.5 Stars
The Audio: Rating the Sound
4 Stars
Replay Factor
2 Stars
Bottom Line
Recommended

Following in the footsteps of 'Hitman GO,' 'Lara Croft GO' is a turn-based puzzle game that is based upon the 'Tomb Raider' series. It was originally released for mobile devices in August of 2015, but now one year later has found its way onto PlayStation 4 and Vita. This version includes all of the original game's stages, including its 'Shard of Life' expansion, and a brand new exclusive chapter called 'The Mirror of Spirits,' which was developed by KO-OP Mode.

The 'Tomb Raider' series is known for its dramatic chase sequences, exotic locations, and difficult puzzles. All of these elements are present in the Square Enix Montreal's turn-based puzzle game adaptation 'Lara Croft GO.' It's really an impressive feat how the developer was able to make a game feel like an extension of the 'Tomb Raider' games, as it's a much more difficult game to adapt than 'Hitman,' which ultimately was just turn-based stealth.

The puzzle game starts out very simple as Lara has to fight dangerous snakes in order to progress through caves. This is done by attacking them from behind, as they'll leap out and strike down the adventurer in a single blow if she approaches from the front. This should seem familiar to anyone who played 'Hitman GO,' as assassinations worked the same way. Similarly, this element is built upon over time. 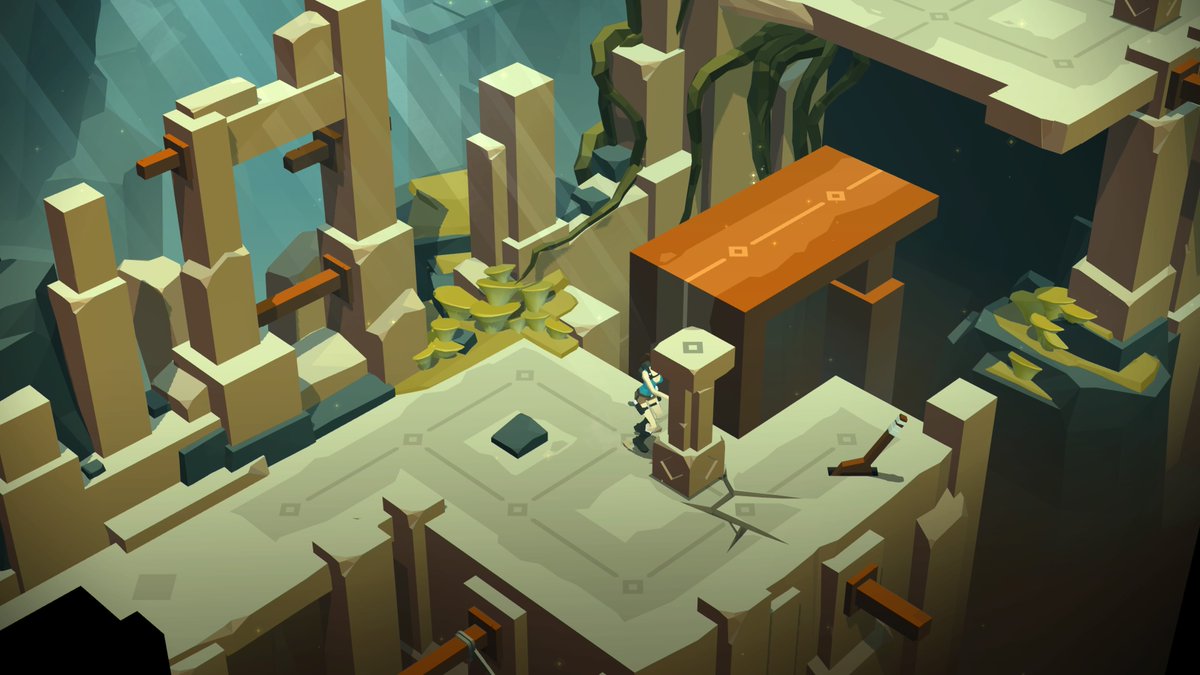 There are 40 levels of the core campaign (and 22 more in the game's two bonus chapters), and new mechanics are constantly introduced. These range from climbing walls with cracks in them (that will prevent Lara from backtracking) to lizard-like enemies that will follow the player's movements. At first, these enemies are just a pain to defeat, but eventually the game forced me to manipulate enemies to activate pressure plates so I could reach a level's end. 'Lara Croft GO' constantly was teaching me new ideas and forcing me to implement them, and it never grew stale throughout the package.

What's most impressive is how the turn-based title starts to feel like an action game in spots. There were highly tense moments where boulders were chasing Lara, and I had to make smart decisions to keep her alive. Fittingly, there's also a lot of climbing and throwing spears at enemies, so it certainly does its job of emulating a 'Tomb Raider' game. 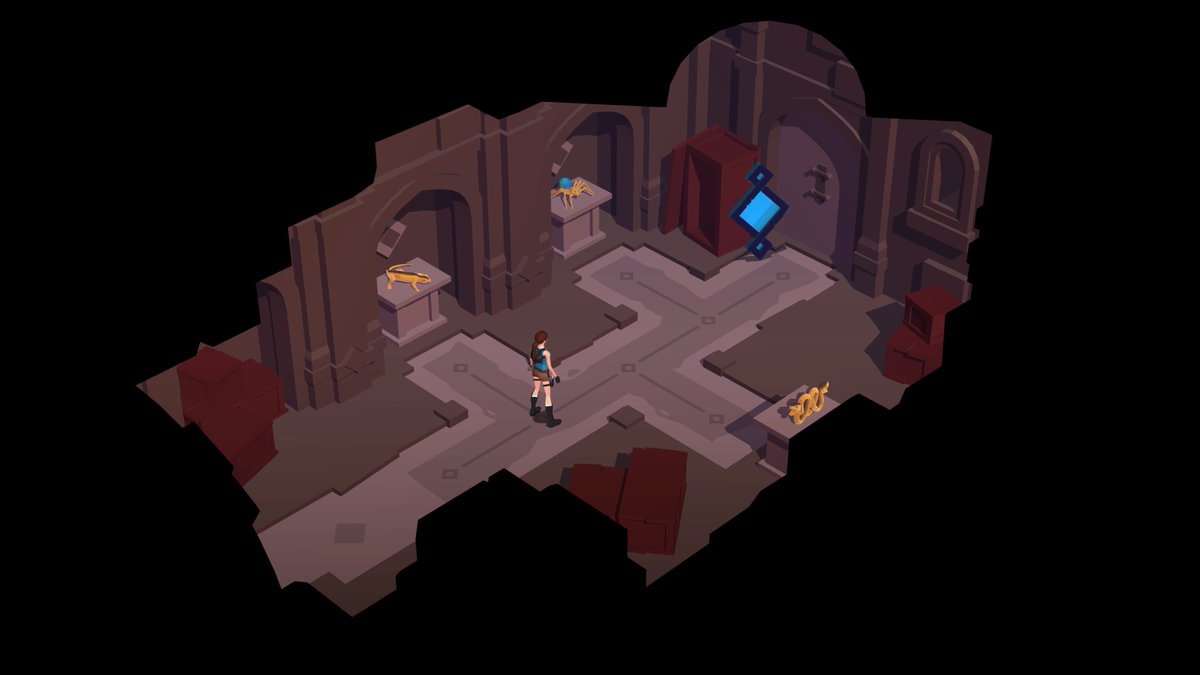 Later on, 'Lara Croft GO' gets a bit too complicated for my tastes, as I had to keep track of moving enemies, traps on the floor, and moving puzzle pieces. Since the game is very unforgiving, and death is always just one mere mistake away, it made some levels turn into frustrating trial-and-error sessions. To Square Enix Montreal's credit there are hints that can be used that will allow players to basically use an interactive guide to solve a level. It's not perfectly implemented, as players have to sit through a load screen to access them, and they can't be quickly switched on and off, but it's nice that no player will ever be stuck for too long. A rewind mechanic would've been nice for the console version, as Square Enix isn't attempting to sell puzzle solutions here like they did on mobile.

These rough puzzles are worth powering through because 'Lara Croft GO's campaign ends on a high note. The final chapter is basically one long boss fight against a gigantic foe that is teased repeatedly throughout the campaign. It forced me to use every mechanic I had learned previously, and it has a sense of epic scale that 'Hitman GO' never managed to reach. 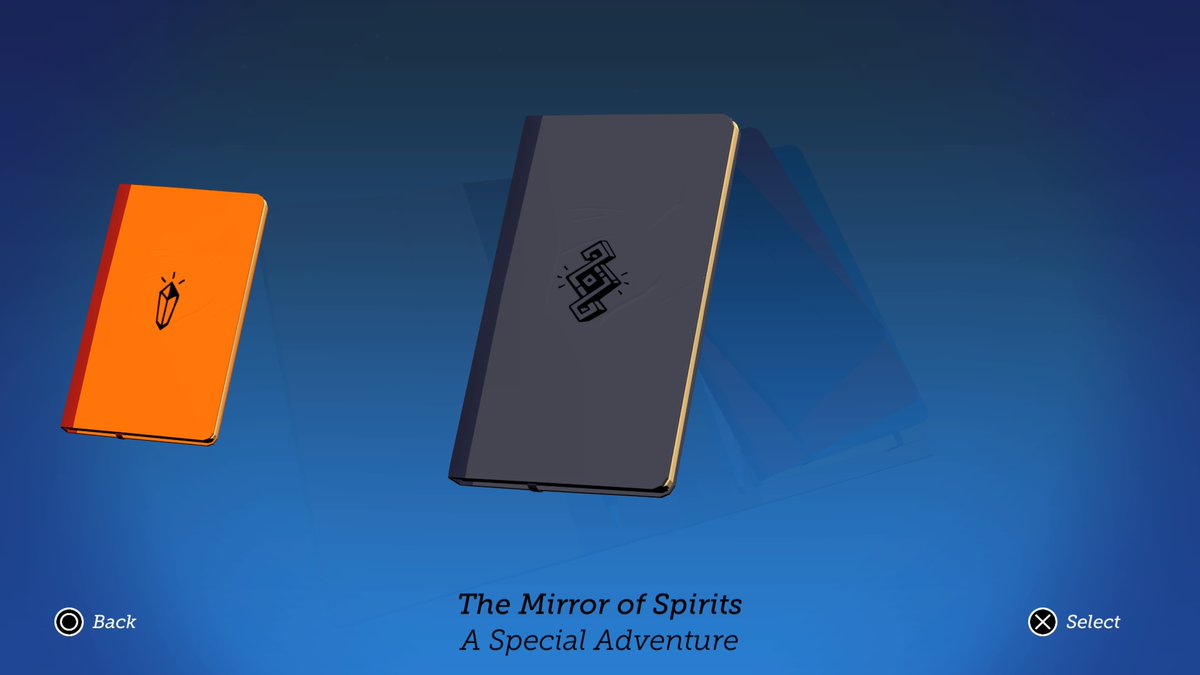 After the main adventure is over, players can play the game's two bonus chapters. Each of these feature new mechanics not found in the main game, and feature twists on familiar enemies. For example, the 'Shard of Life' expansion has enemies that shatter when defeated, but manage to reform after a few turns have passed. It's a really smart way to re-use enemies, and allows the team to make another chapter filled with fresh ideas.

Finally, 'Lara Croft GO' on PlayStation platforms features an exclusive chapter called 'Mirror of Spirits.' Developed by KO-OP Mode, which is the studio behind the upcoming PlayStation VR title 'GNOG,' this excellent chapter takes the difficulty to a new level. It does this by introducing two really cool mechanics: levers that are activated by line of sight, and an alternate world mechanic that has the player controlling two versions of Lara Croft at once. The latter is really trippy, but it was really rewarding figuring out two different puzzles by using the same movements. 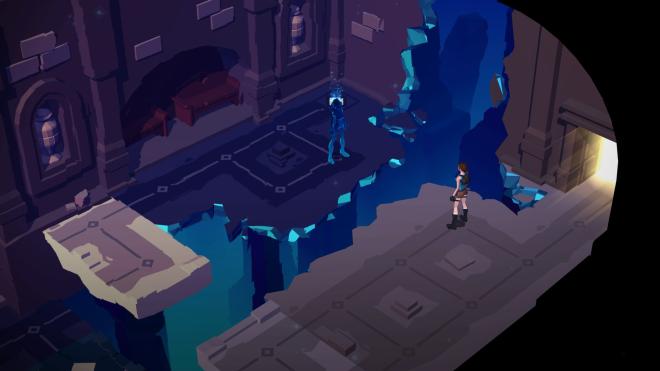 Visually, 'Lara Croft GO' shares a lot in common with 'Hitman GO,' although it foregoes the board game aesthetic. This gives the team at Square Enix Montreal more freedom, as they are able to create sprawling worlds, include vertical movement, and have Lara explore gigantic caverns in a highly stylized world. It's really a visual treat, and the game is constantly teasing future levels in the background that helps to make the level-based game feel connected. 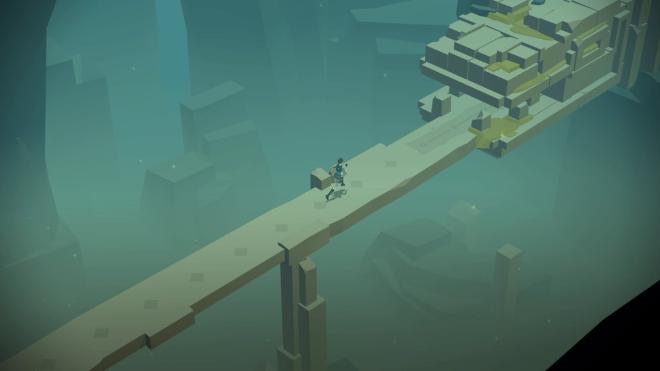 The soundtrack for 'Lara Croft GO' was composed by Pixel Audio, and it's pretty different from what what typically accompanies Lara's adventures. Instead of grand musical numbers, most of the music is composed of ambient noise and the soundtrack is rather low-key. It really helps create a great vibe to the game, though, as the sounds of Lara shooting snakes and climbing rocks really shine in comparison. It's worth noting that the music does get pretty intense for the game's stellar boss fight, so it knows when to really amp the volume up and make a moment feel even more special.

Unlike 'Hitman GO,' Square Enix Montreal didn't add multiple mission objectives in each level here. That means there isn't nearly as much reason to replay levels, and there's no joy of finishing a level in the minimum amount of moves. In its place are a series of collectibles that can be found in each level (and can be selected with the right analog stick) that unlock various outfits for Lara to wear. It's a cool extra, but it really pales in comparison to the studio's last outing. 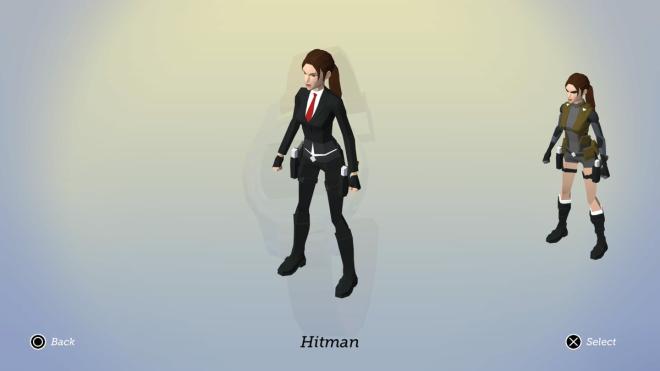 The successor to 'Hitman GO' manages to perfectly mesh what made that game a mobile hit and what players love about the 'Tomb Raider' series. It's due to this that 'Lara Croft GO' has its own unique identity. There are a few issues, such as the puzzles becoming overly complex near the end and the lack of replayability, but it's still very much a game that's worth 'Tomb Raider' fans' time and money.