The Game Itself
3 Stars
The Video: Sizing Up the Picture
2.5 Stars
The Audio: Rating the Sound
3.5 Stars
Replay Factor
1.5 Stars
Bottom Line
For Fans Only

Digital Xbox One version reviewed. This review does contain spoilers for the series.

The release of Telltale's 'The Walking Dead' in 2012 was hugely popular and led to DLC, a second season, and even a Michonne spin-off. The main character through the series has been Clementine, who was only 8 when the zombie apocalypse began but has survived to the ripe old age of 13 at the beginning of season three. This season premiere offers two episodes: 'The Ties That Bind' parts 1 and 2, and this review will be covering both of them.

In spite of Clementine's popularity, she is not the protagonist of these first two episodes. This honor goes to Javier García, a young man who has managed to keep his family alive through the entire apocalypse by driving around in a van and scrounging for supplies when needed. At first I was put off by this, preferring to have been in control of Clem, but Telltale is beginning to convince me that Javier is worth it. He is not unlike Lee - reasonable, dependable, charismatic, and with a dark past (not nearly as bad as Lee's, however). 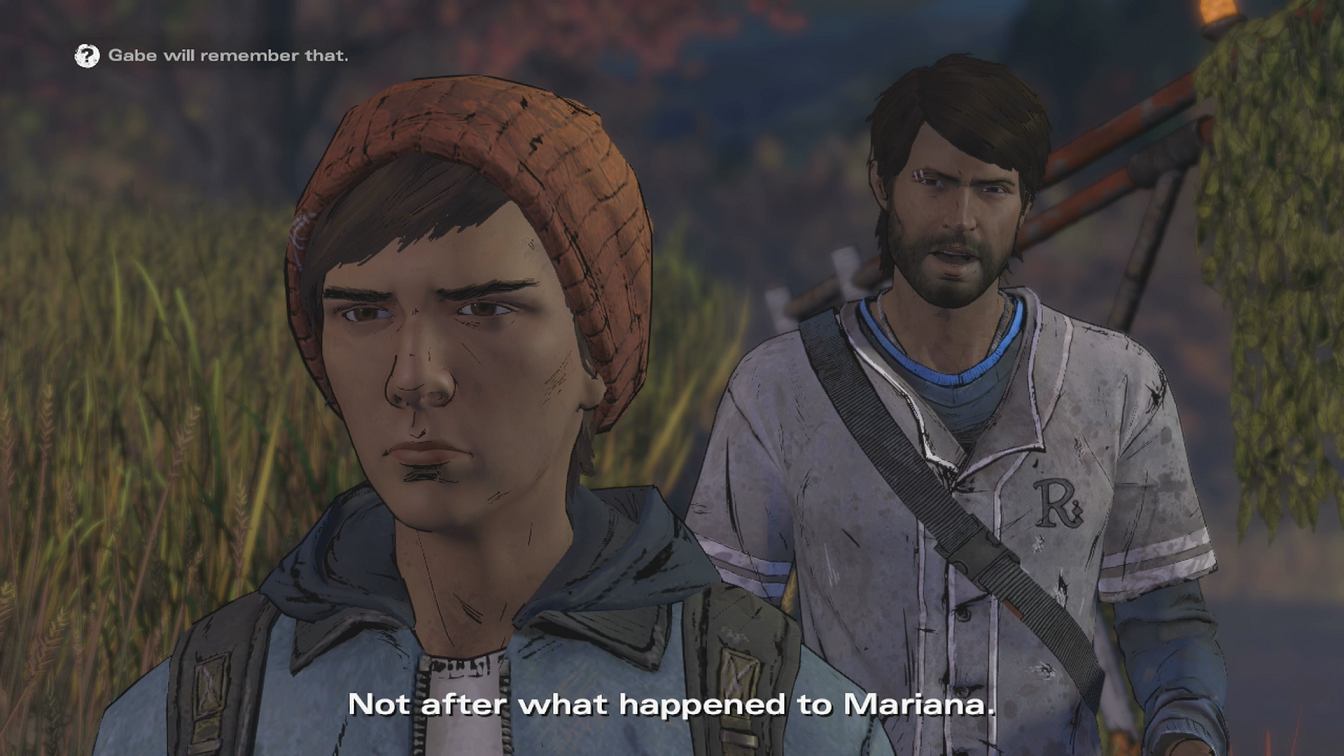 After a brief flashback to the very beginning of the zombie problem, we move forward to two years after the end of season 2. The action starts almost instantly and never really stops. There are few quiet moments - it's mostly yelling and shooting, sometimes at humans and sometimes at zombies. Despite this, it's not difficult to get to know these characters. And unlike previous Telltale outings, where supporting characters are often one-sided (villainous tendencies are heavily exaggerated, for instance), the writing here is far more ambiguous. As a result, it's harder to guess where the story is going, and how characters will react to it. I like that, but I don't care for how vague the dialogue choices have become. In one scene I was given the option to basically back down or stand up for myself in a fraternal argument. When I stood up for myself, Javier said some things that were completely inappropriate, out of line with his character, and not at all embodied in the words "stand up for myself". 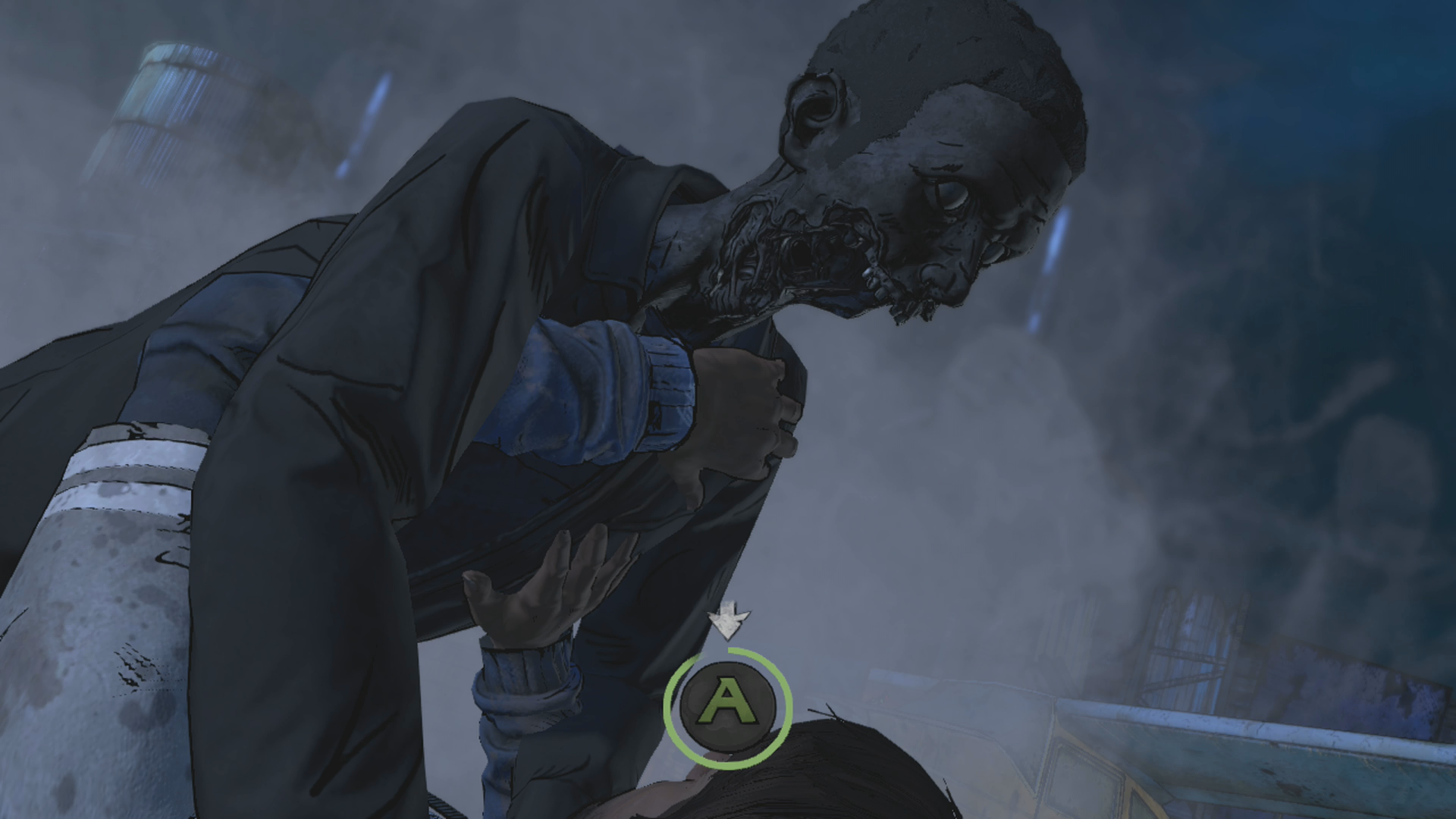 The fuzzy conversation choices, some of which are very similar to each other, go hand in hand with a loss of player direction. This is a complaint I've had with Telltale's other franchises, where the story is very linear and only deviates in certain conversations based on player input. Conversations may change here and there based on my choice, but the big decisions that Telltale collects stats on, displayed when an episode is finished, seem kind of trivial. Every season has a big decision at the very end, and in the case of season 3, it doesn't matter. All of the decisions lead here, which makes me wonder why the devs worked on a save import utility at all. It's not that player choice is an illusion exactly, it's just a really low priority in terms of story. 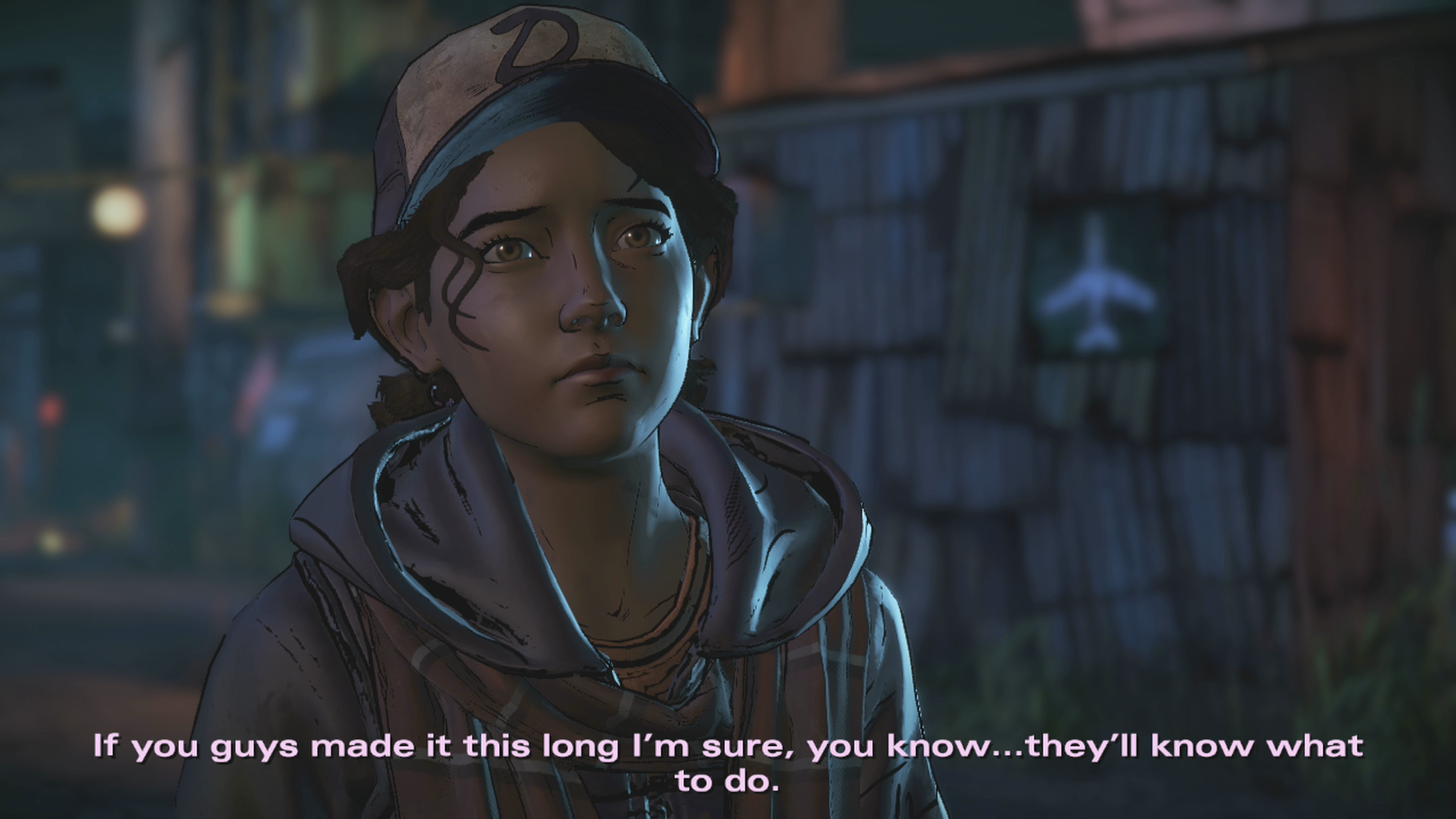 Few characters return at all from previous outings. This is perfect for a newcomer who doesn't have as many expectations, but returning fans may wonder where all of the familiar faces have gone, sometimes without much of an explanation. A curious development is that Clem, while recognizable (and having the same actress), isn't very Clem-like. I don't really trust her, and honestly neither should any of these characters. Not because she's a stranger to them, but because she's pretty shady. Javier might have been expected to be another father figure for her, but it might end up with her as the mentor. The new characters are pretty promising, especially the competent leader Tripp and the flirtatious doctor Eleanor, even the thuggish Max. Hopefully they stick around long enough for me to be sad when they eventually die. 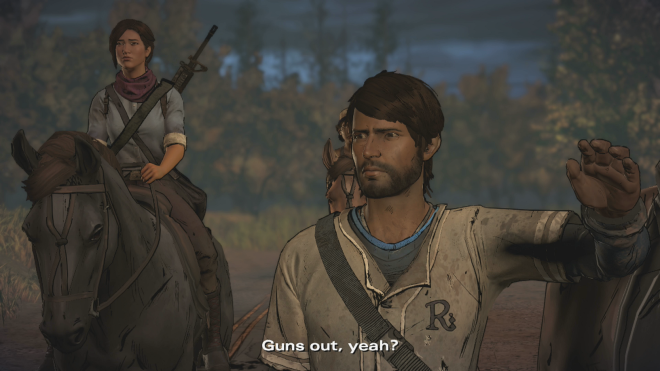 There are noticeable improvements in the Telltale engine for season three. Textures are more detailed, like those in hair and clothing. Animations are crisper and there's a whiff of fancy effects like motion blur. There are also still some serious stuttering problems, especially in the second episode. These are present in nearly every Telltale experience and long past the point of acceptability. 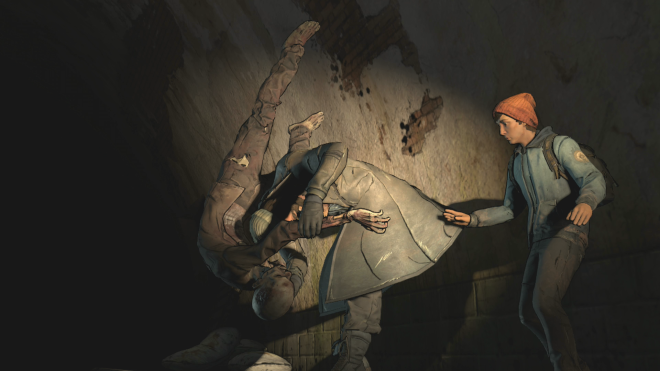 Lip syncing is an issue, and subtitles are not reliable. The voice actors do a great job, however. Melissa Hutchinson, the 41-year-old actress who voices 13-year-old Clem, sounds more convincing that she's done away with the overly childlike lilt she had put on for younger Clem.

The episodes are shorter now, down to about an hour each. With the low amount of player decision, I don't feel compelled to play through it again to see what would have happened if I had taken another route. 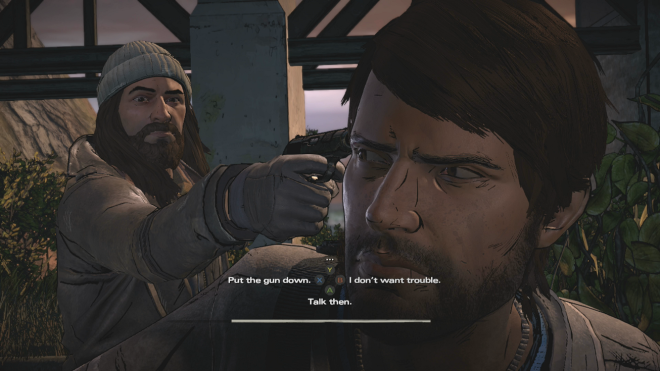 I don't know if Telltale has lost their magic or if their adherence to this formula has just worn thin on me, but it's becoming increasingly difficult for me to get excited at the prospect of playing another episode. The halcyon days of season one are long gone.