The Book of Unwritten Tales 2

Steam version reviewed. Though this review is light on spoilers, readers are encouraged to check our review of the original 'The Book of Unwritten Tales.'

'The Book of Unwritten Tales 2' is, naturally, the follow-up to 'The Book of Unwritten Tales', which was released way back in 2011 to strong reviews (a prequel was also published in the meantime, centered on the character of Critter). KING Art received funding from Nordic Games to publish the sequel, and with the core game funded, KING Art conducted a successful Kickstarter campaign last year that allowed them to flesh out the game’s features.

For those who have played the first game, this sequel plays almost exactly the same. For the uninitiated, 'The Book of Unwritten Tales 2' is an adventure game in the vein of the old LucasArts/Sierra classics from the 90s ('Monkey Island', Grim Fandango', etc.). It is slow-paced and a far cry from the flashy, bombastic AAA titles that typically crowd the fall release schedule. The older adventure titles tended to have a heavy dose of comedy or could be classified as comedies outright - in this way 'BoUT2' also differs from more recent adventure games, which often skew darker and more serious. 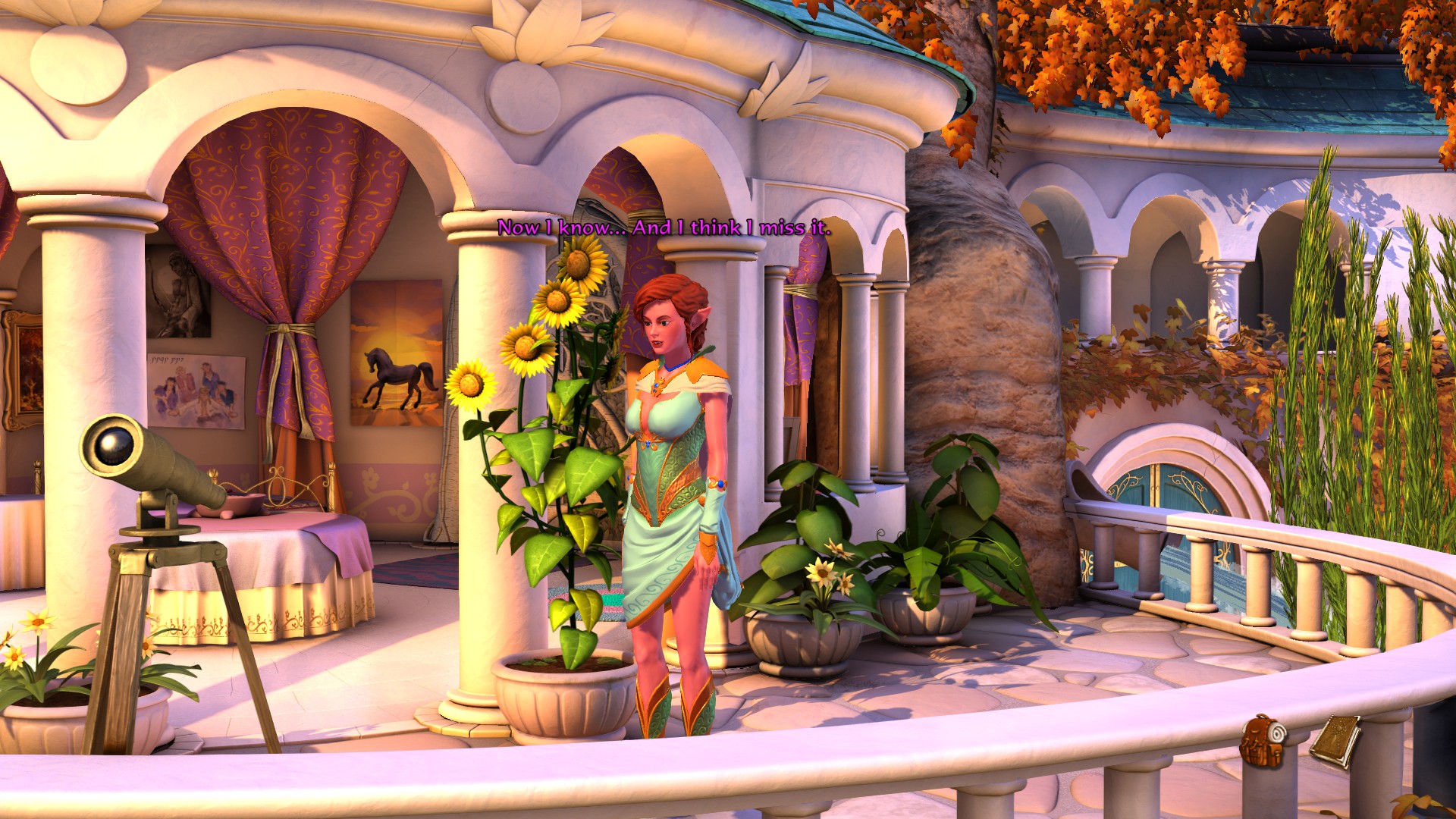 Each player character (there are several, with the perspective changing as necessary throughout the story) is responsible for getting out of predicaments or solving problems by completing puzzles. These puzzles range from the subtle to the obvious, but they almost always follow some kind of logic. This is of course humbling when I stare at a map for 10 minutes in utter confusion, finally work out the puzzle through sheer luck or the smug observations of a real-life passerby, and curse myself for not seeing the solution earlier, as it was clear all along. It should be noted that puzzles aren’t usually difficult per se, just sometimes not particularly transparent. This mechanic is perfectly fine though, as it gives the player more opportunity to get to know each environment and experience the cheeky dialogue.

Clicking on just about anything reveals spoken dialogue from the character in regards to their opinions and perspective. These tidbits are often amusing, sometimes exceptionally so. Longtime gamers, and even movie and book enthusiasts, will find a hearty amount of Easter eggs, in-jokes, and spoofs of pop culture from the recent to the ancient. In one scene, while Ivo is wandering around her castle under house arrest, she discovers a weapons display with a Minecraft sword, a Buster sword from 'Final Fantasy VII', and makes an off-color joke about a northern king who likes to sit on thrones made of the swords of defeated enemies ('Game of Thrones'). The nerdier the player, the more they will enjoy the constant stream of 'BoUT2's teasing towards other works. 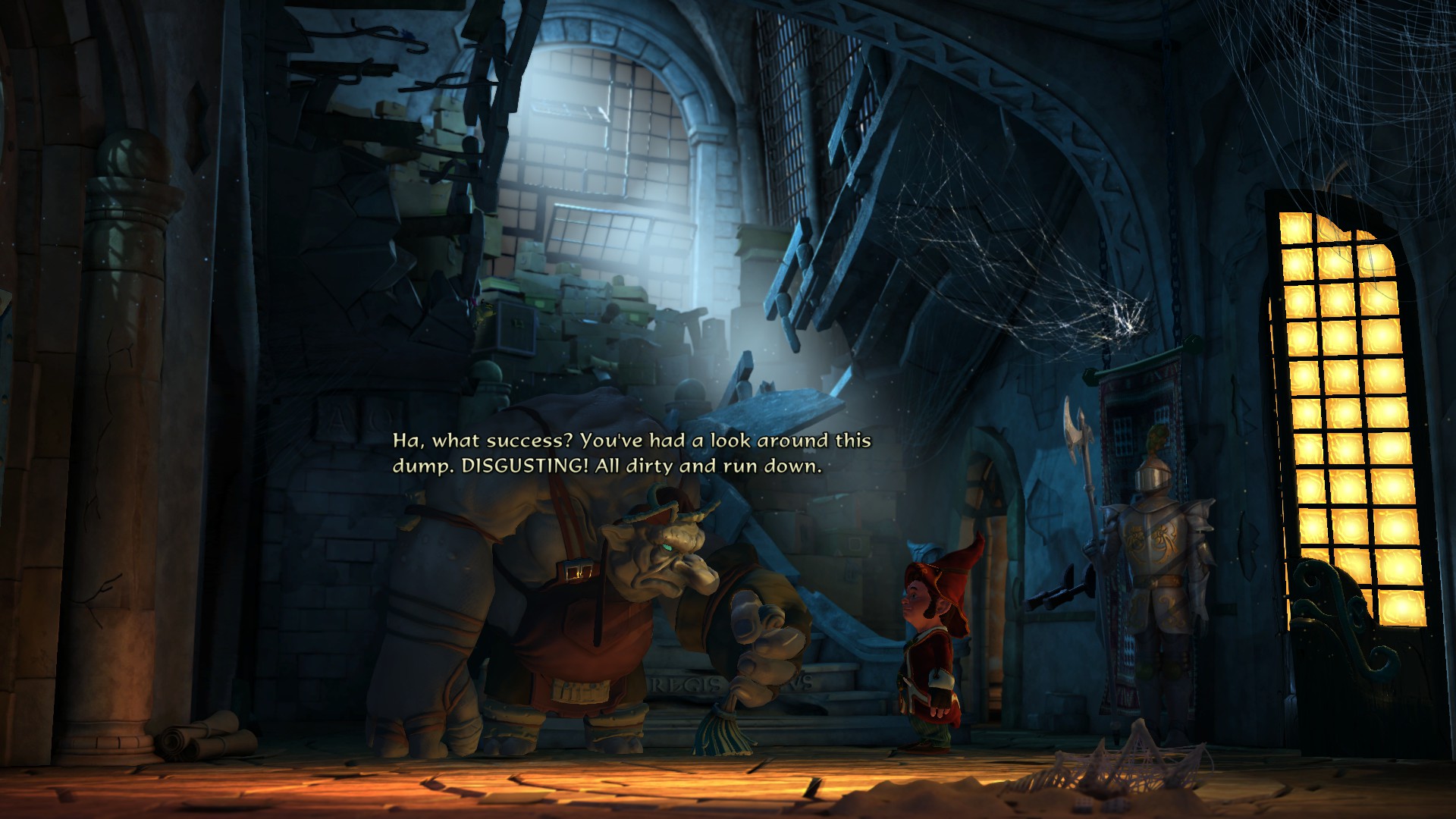 The storyline of 'BoUT2' takes place soon after the previous game. Wilbur the gnome, Ivo the woodland elf princess, Nate the scoundrel, and Critter the critter have been separated since their adventure, and soon embark on adventures of their own. Each begins the game with their own motivations and agendas, but their paths cross as the plot carries on. In the interest of avoiding spoilers I won’t talk about the plot too much, but suffice it to say that the group has managed to save the world, but fulfilling their journey has left them with a lot of loose ends and new issues. 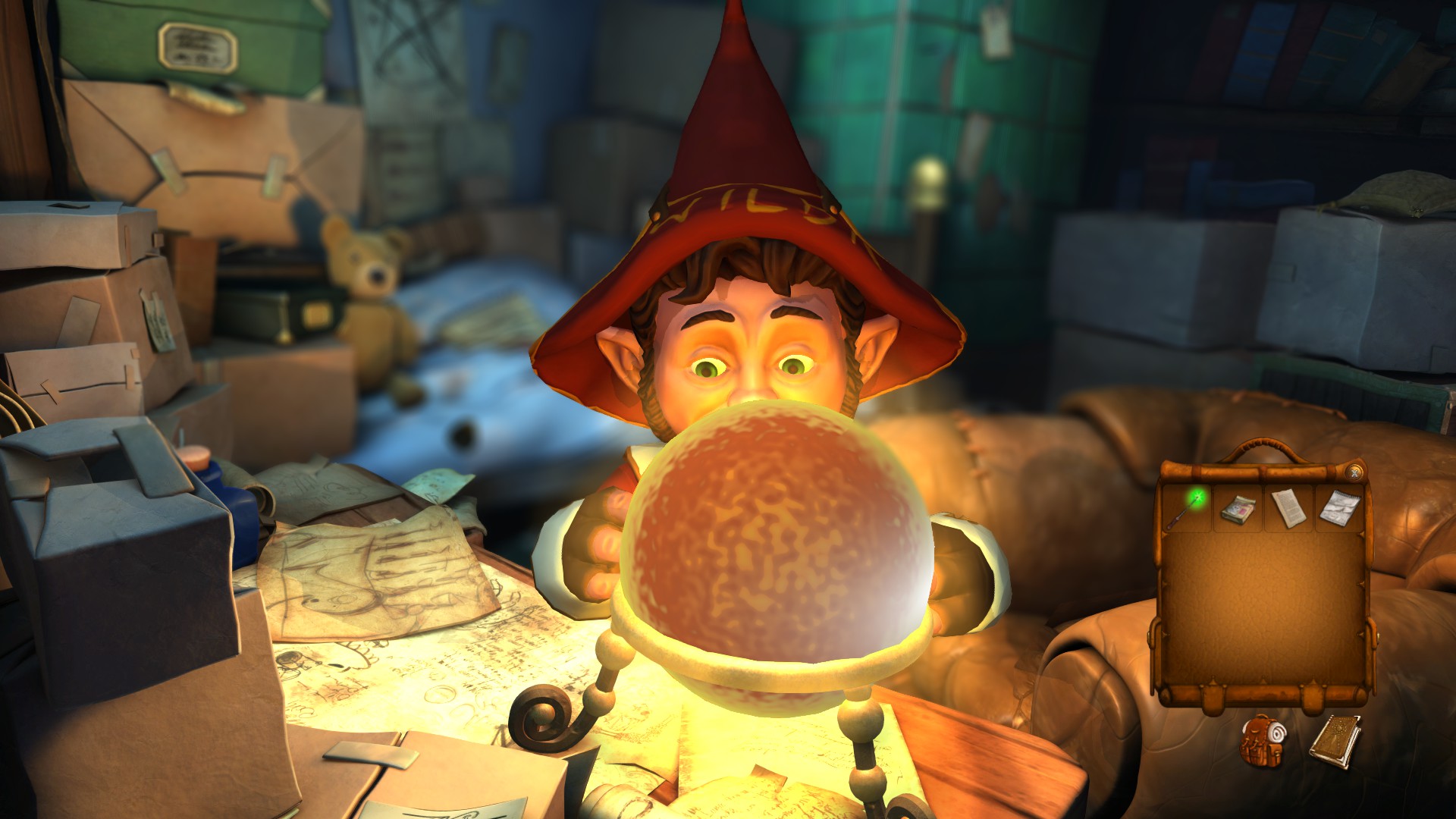 The main characters are a treasure, with Wilbur in particular remaining as my favorite due to his endless generosity and inquisitiveness. The side characters are so well-written they occasionally upstage the main characters, such as the incompetent and insecure genie Bennie and Markus the gaming-addicted mage. 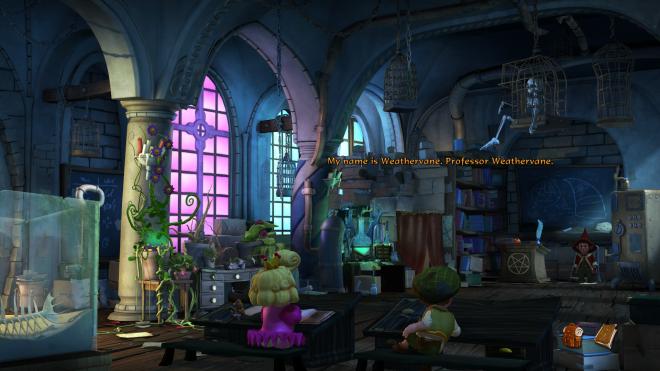 KING Art’s development cycle and greater funding has allowed for quite decent-looking adventure title. Many backgrounds are rather static, but textures and animations have improved. The camera operates smoothly, with more angles and wider shots to cut down on transitioning. A few small but very welcome quality of life improvements have been added, such as a windowed inventory and the ability to pause at any time, even during cutscenes. 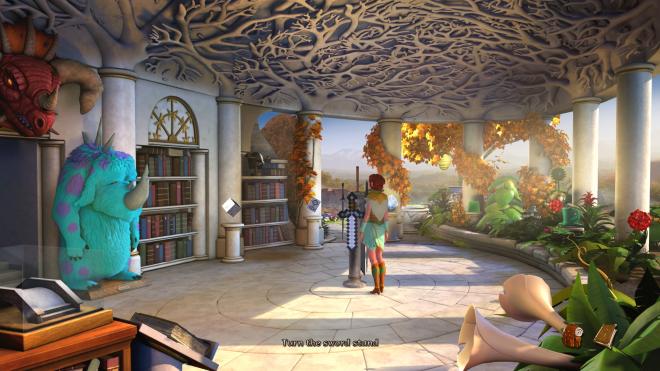 The main characters are all voiced by their returning actors, who do a stand-up job as usual. Fans may be interested to know that Nate Bonnet's voice actor, Doug Cockle, is also the voice of Geralt of Rivia ('The Witcher 3: Wild Hunt'). Most other characters have consistently good voice acting. Benny Oschmann’s score is upbeat, lively, and right at home in 'BoUT2's high fantasy, epic setting.

Despite the great script and characterization (or perhaps because of it), 'BoUT2' just isn’t the right kind of game for multiple playthroughs. It’s a game to be savored occasionally. 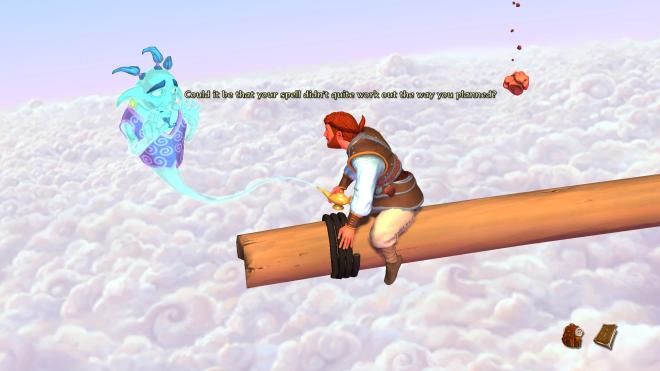 KING Art has outdone themselves with 'Book of Unwritten Tales 2' and firmly established their craft as premiere adventure developers. With the backing of Nordic Games, it seems that the traditional adventure genre is alive and well. This is a long game for the genre, over 20 hours, with a reasonable price point. It is also laugh-out-loud funny in many places and has an acerbic wit as well as excellent pacing and puzzles, and manages to accomplish all of this without taking itself too seriously. It is one of the best adventure games in recent memory.