The Game Itself
3.5 Stars
The Video: Sizing Up the Picture
3.5 Stars
The Audio: Rating the Sound
3 Stars
Replay Factor
2.5 Stars
Bottom Line
For Fans Only

The third in as many weeks episode of 'Resident Evil Revelations 2' is 'Judgment', which follows 'Penal Colony' and 'Contemplation.'

This week we are trimming the fat, so to speak, in the roster of 'Resident Evil Revelations 2'. I suppose it’s fitting that we’re on an island, because some people are going to get voted off. As I mentioned last week, I’m glad we’re sticking closely to the four playable survivors. Well, that’s not technically true. The Claire/Moira segments are by far the weaker of the two, in both gameplay and narrative. It’s just that neither of them is particularly interesting. They don’t talk much, and when they do it’s thinly disguised tips for beating the next puzzle or screams at approaching zombies. 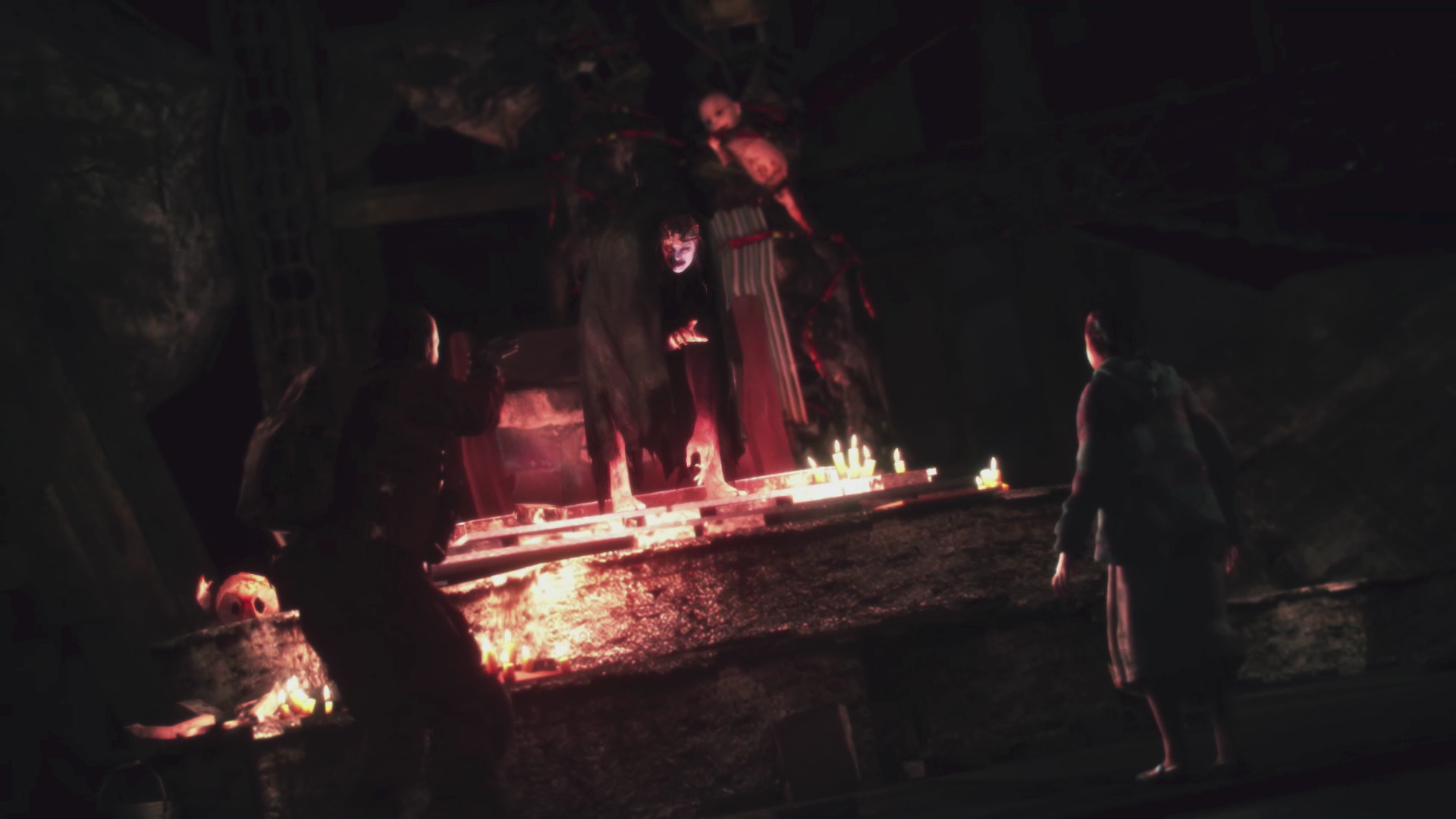 As for the puzzles, they’re not that difficult, but nor are they that entertaining. I will admit that one of them defeated me. It was in a segment where I needed to split up Claire and Moira to shut off a trap. It seemed as though I needed to command Moira to stay behind, and yet there simply doesn’t seem to be a command for that. I tried every button combo possible, went through the help files, and even turned to the wise and all-knowing Google. Eventually I had to plug in a second controller and force Moira to stay put. Even if there is a solution somewhere in the controller settings, perhaps Capcom can work on puzzles more involved than "keep this person here and flip the switch". 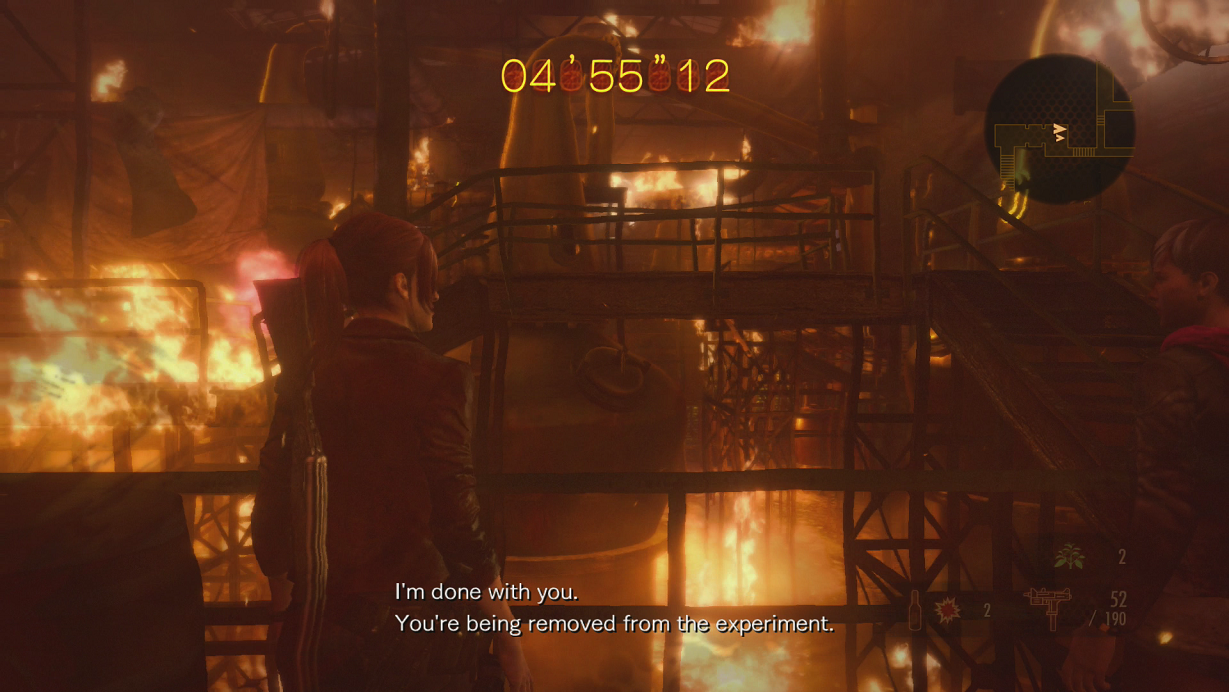 The creatures on Claire’s side are the same as in previous episodes, with the exception of a much longer boss battle. Only in Barry’s segments is there any innovation in the monster department. It spices things up just enough to keep the shooting interesting, and there is still some stealth (completely optional). His segments are also a bit too easy, as he is armed to teeth and finds ammo in spades.

The difficulty (or lack thereof) will probably be a problem going forward as well. Because I spend lots of time exploring and finding skill points, I’ve managed to accumulate a lot of skills. This means that Barry and Claire are even more powerful and require less ammo to dispatch opponents. I’ve had to start throwing items away because there is just too much scattered around the world, even on the higher difficulty level. Unlike in the first episode, there are also seems to be fewer enemies now, and the tougher ones go down quickly when going up against upgraded weapons. Thankfully, there are still uber-hard challenge modes for each episode that become available upon completion. 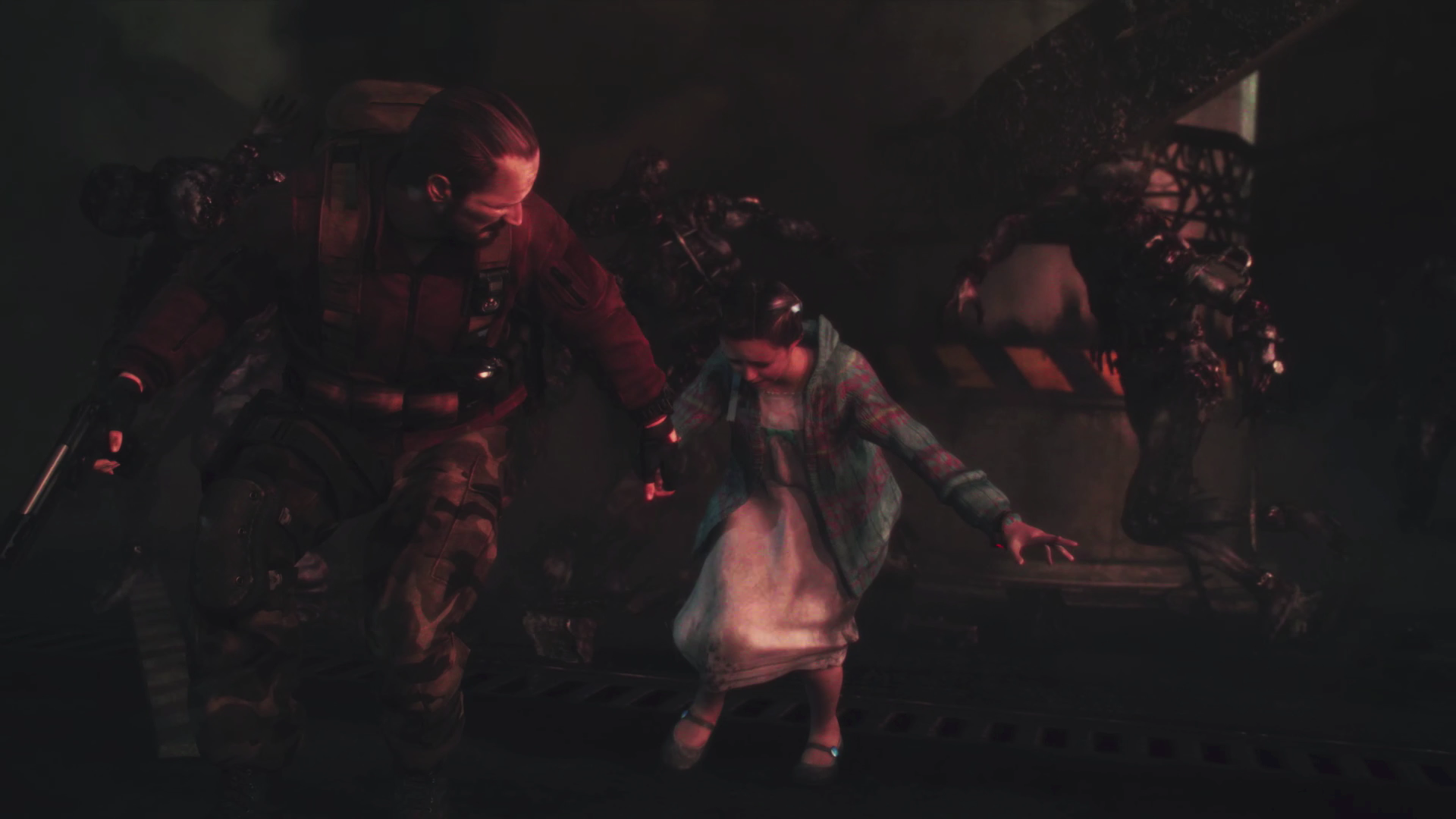 The story stalls a bit in this episode. There are a couple of action movie set pieces, like the helicopter crash in the last episode, but these are more cheap thrills than anything else. Only the quiet characterization between Barry and Moira and the regretful, melancholy diary entries from the former residents of the island offer meaningful tidbits. Claire is given a wonderful opportunity for remorse towards the end of her episode, but is boringly taciturn as usual. 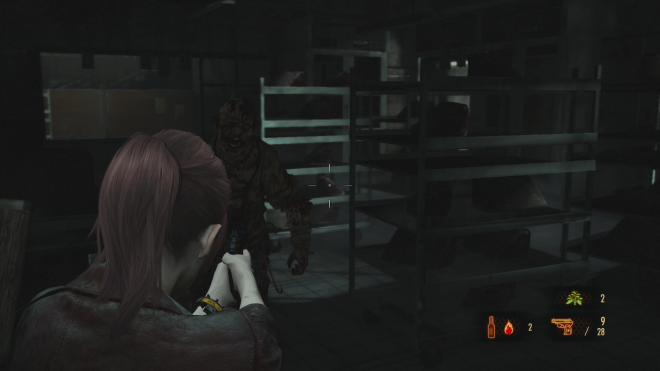 Some of the character models for the new enemies are truly grisly, and that is a compliment. Some, like the tentacled miniboss Barry faces, are downright disgusting. His enemies are the better designed of the two, with Claire’s limited to rejects from 'Hellraiser', being full of metal bits and sporting industrial masks. 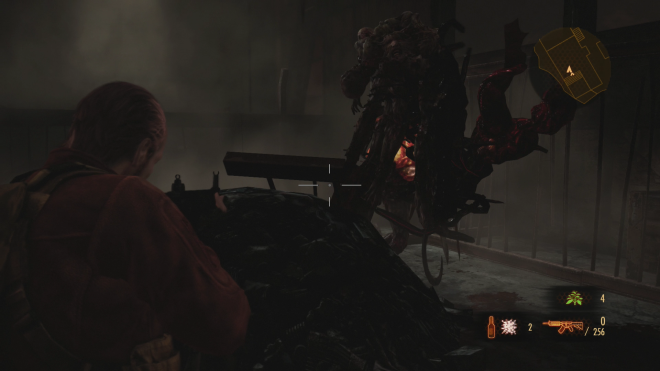 Again, just not much to mention in this week’s episode. The music and voice cast remains almost unchanged. The Overseer has a noticeable change, but her voice actress lays it on a little too thick.

The short duration of each segment (approximately three hours for the whole episode) make challenge replays more appetizing. I had a go at the invisible enemy mode which is pretty whimsical, and involved a lot of goofy spraying and praying and crazed knife stabs into empty air. 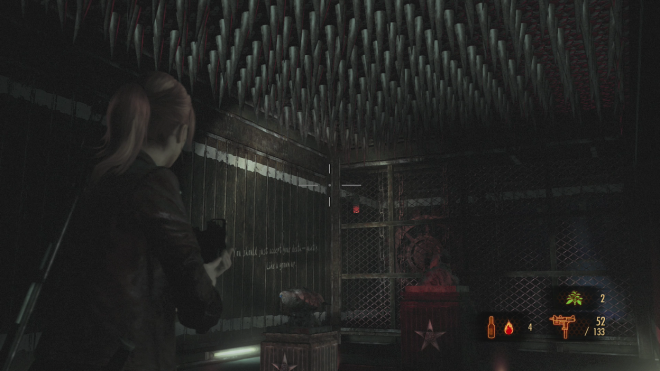 I’m not convinced that 'Judgment' is a step forward for 'Resident Evil Revelations 2'. It does have a little bit of exploration, but the puzzles are slowing it down. I kind of wish we could cut out the Claire/Moira segments and just play as Barry/Natalia, but perhaps Claire will redeem herself in the next episode.