Game of Thrones: A Telltale Games Series - A Sword in the Darkness

'The Sword in the Darkness' is the third episode in the six episode 'Game of Thrones: A Telltale Games Series,' following 'Iron From Ice' and 'The Lost Lords'.

After the last episode, we have probably met all of the Forrester family. Asher, the exiled second son, has been successfully contacted in Essos and is moving slowly towards home, which is still very far away. Rodrik is trying to keep the family together at Ironrath, even as the rival Whitehills creep ever closer to invading. His troubles are seemingly endless but foremost among them are the grievous injuries he sustained during the Red Wedding. The maester may be able to save his limbs, but in his current state it is very difficult for him to stand up to the Whitehill thugs. 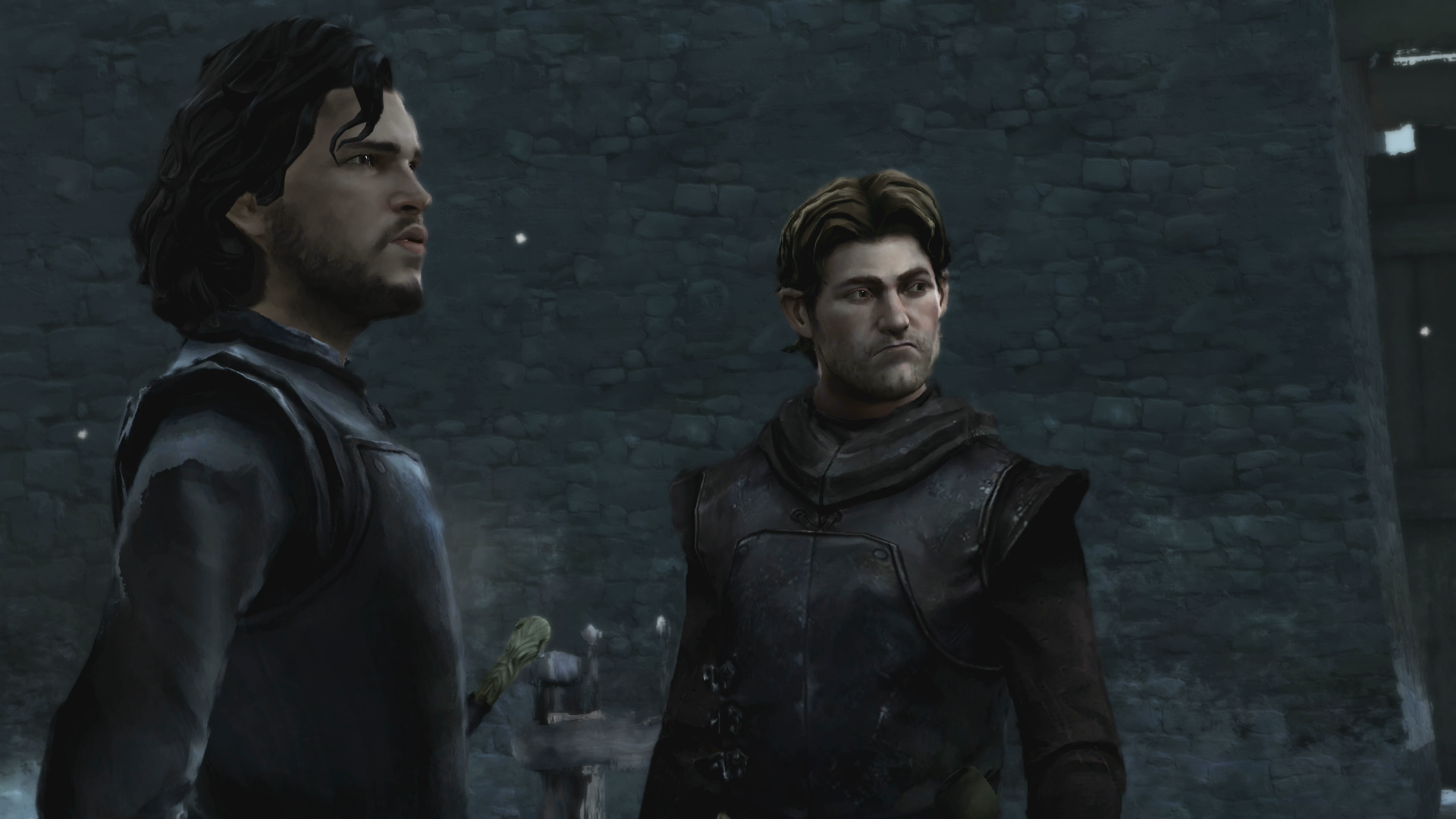 Meanwhile, everyone else in the world is conspiring against them. Diametrically opposed are those pesky Whitehills and Cercei Lannister, who has a grudge against Mira Forrester. The exiled squire Gared is trying to further the family’s interests in the Knight’s Watch, and has been taken under the wing of none other than Jon Snow. We’ve gotten far enough in the series now that the other enemies and allies are malleable - player decisions begin to diverge and can lead to very different circumstances down the road. 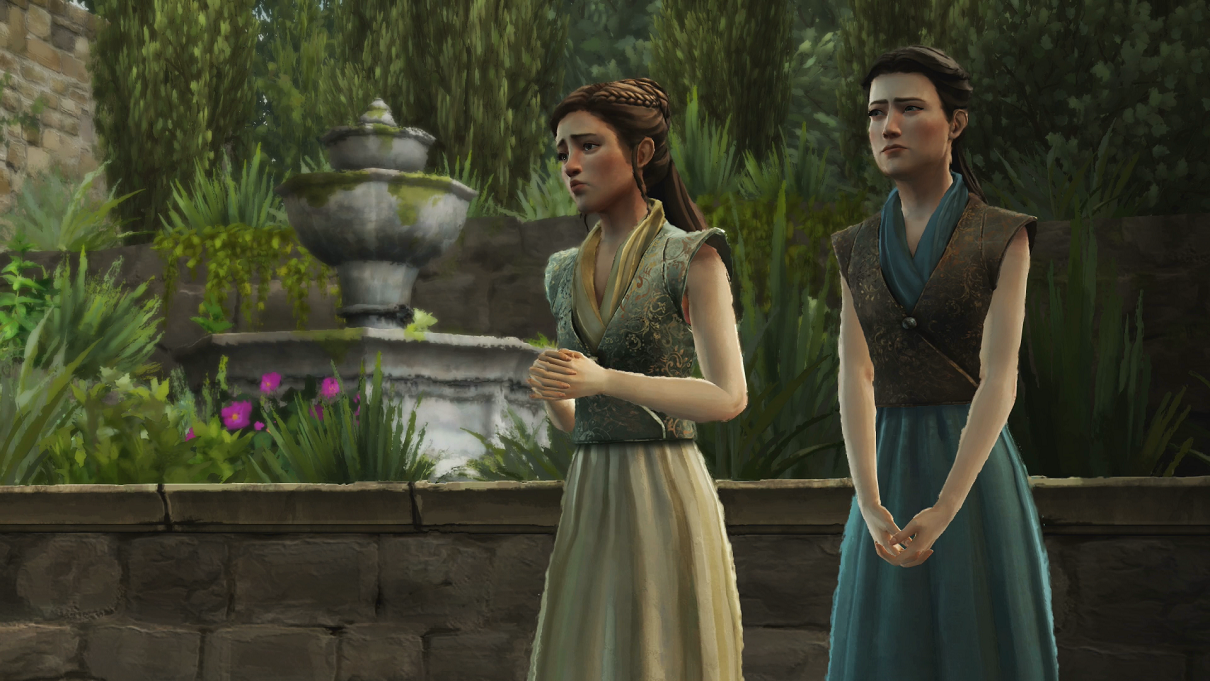 In terms of drama and engagement, this episode is probably the strongest so far in the series. It doesn’t have quite the level of excitement as the first one, but it still has the 'Game of Thrones' feel while adeptly establishing its own distinct mythos. To be perfectly honest, I wish it borrowed a little bit less from the TV show. While hearing the familiar voices of loaned cast members is fun, the Forresters can stand quite well on their own. This is definitely the closest that Telltale has stayed to the source material in their recent releases. 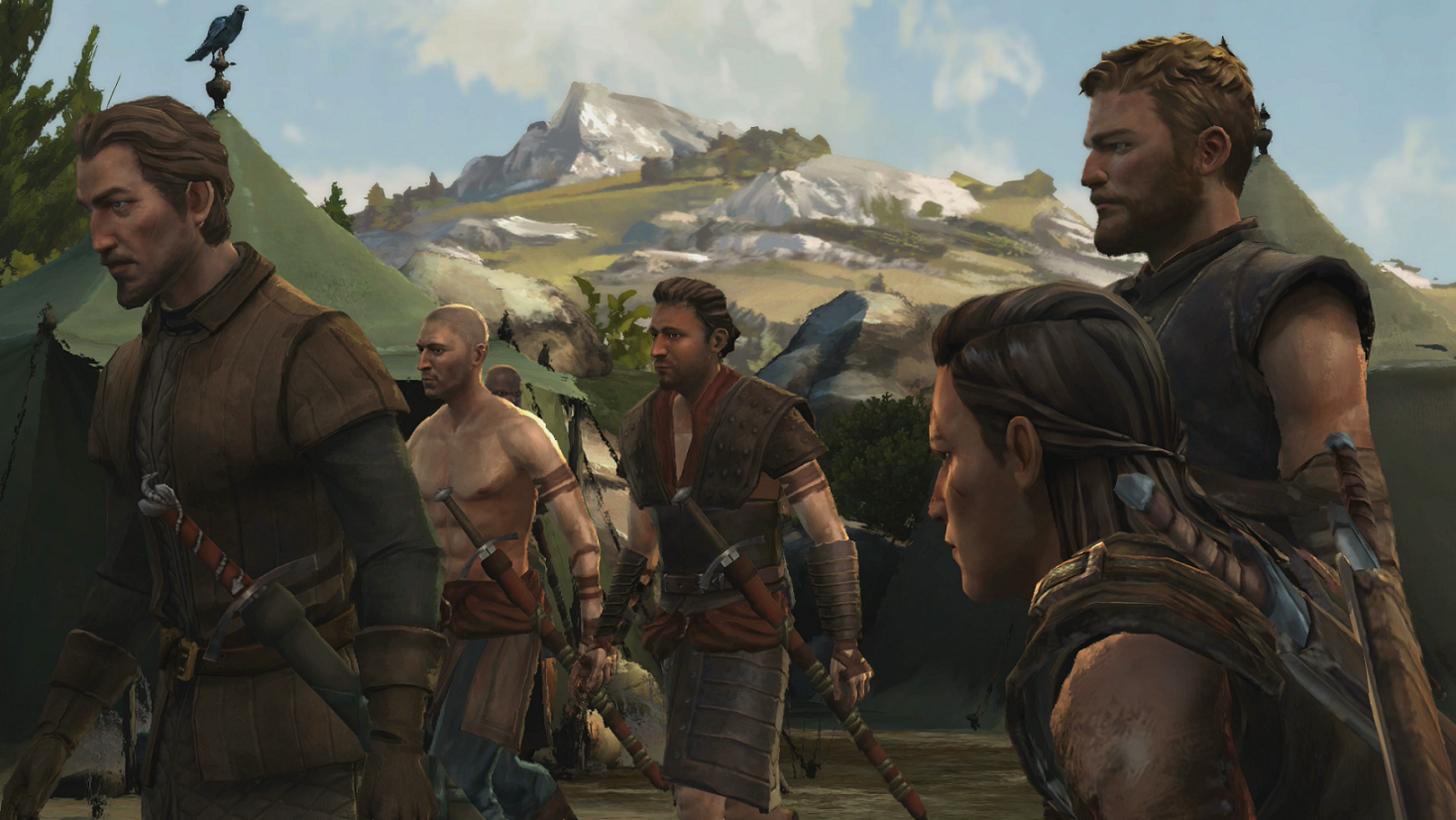 As the choices unfold before me regarding the fate of the family, I find myself drawn more into their charm. Some of the choices are large and some are small, but many of them are difficult to make. The writing is top-notch and keeps me invested throughout each episode. Much of the appeal of 'Game of Thrones' - not just the game but the show and books as well - is the political intrigue. Violence is common, but is typically not random. The punishment that the characters take, the Forresters included, stems from a much larger machine based in King’s Landing and trickles down to all of the provinces. No matter where the source, my Forresters only make choices that benefit the family. This is the beauty of a Telltale game - a player can be diplomatic and try to help others in return for favors, or remain fiercely insular and rely only on themselves. 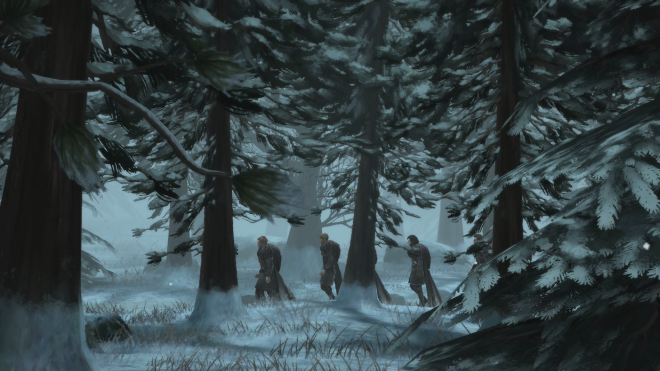 As the series goes on, I find myself less and less attracted by the pastel overlay that covers all of the visuals. It was introduced to give this medieval fantasy setting a kind of watercolor aesthetic, but it tends to gloss everything over. 'Game of Thrones' is dark and gritty and bloody. Behind every smile and good deed is a carefully planned attack, just waiting to be sprung. Perhaps making it look like a painting isn’t the right choice. It’s not bad-looking, just kind of tampers with the mood.

I mention it in almost every review for a Telltale game, and I will keep mentioning it. The stutters and skips have not been worked out, nor are they likely to be worked out for the rest of this season, or as long as Telltale goes without updating or overhauling the engine. Mostly they are more of an annoyance than a hindrance. 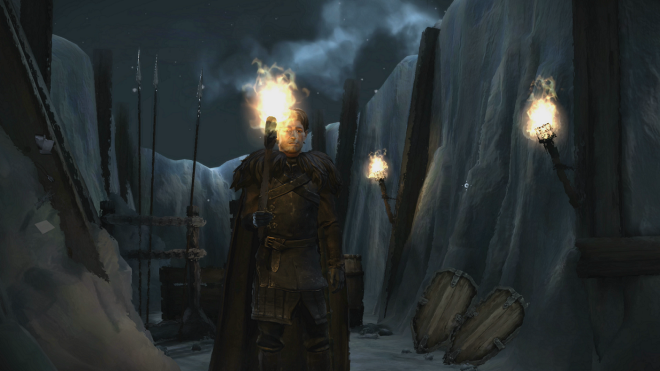 The voice acting remains quite good, both for the TV show’s cast members and the video game characters. Peter Dinklage stands out, as does the actor for Rodrik Forrester. A new cast member from the show makes a welcome appearance towards the end, and will almost certainly have a larger role in the next episode.

As is typical, 'The Sword in the Darkness' will probably only be revisited by players shortly before season 2 is released. 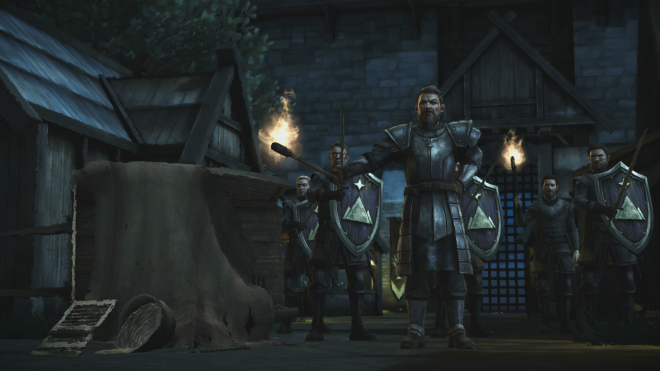 With 'A Sword in the Darkness,' 'Game of Thrones: A Telltale Games Series' is making great progress. Blasphemous though it may be, I’m beginning to like the series even more than their 'Walking Dead' project, and that is also an excellent franchise. Like any great episodic game, high quality episodes make me wait for the next one even more impatiently.