The Game Itself
4 Stars
The Video: Sizing Up the Picture
2 Stars
The Audio: Rating the Sound
4.5 Stars
Replay Factor
2.5 Stars
Bottom Line
Recommended

Tales from the Borderlands: Catch a Ride

Digital Xbox One version reviewed. Review contains some spoilers from previous games in the series as well as this episode.

'Catch a Ride' is the third episode in the Telltale Games 'Tales from the Borderlands' series, following 'Zer0 Sum' and 'Atlas Mugged'.

In 'Catch a Ride' we start to get into the real meat of the 'Tales from the Borderlands' story. People start dying, they find MacGuffins, and we start to really get to know the characters. Even with all of the smarmy, hilarious dialogue covering everything, these characters do have actual personalities. This episode has some thoughtful conversations in between all of the jokes.

At the end of the last episode, our plucky heroes were kind of in captivity by Vasquez and August, two scumbags who really are just slightly more scumbaggy than the heroes themselves. I mean, everyone just wants to get inside a Vault, and they all seem pretty ready to betray and murder each other for it. Some of them are just more interesting than others. The heroes manage to release themselves and then come into contact with August’s boss, a crime lady named Vallory. 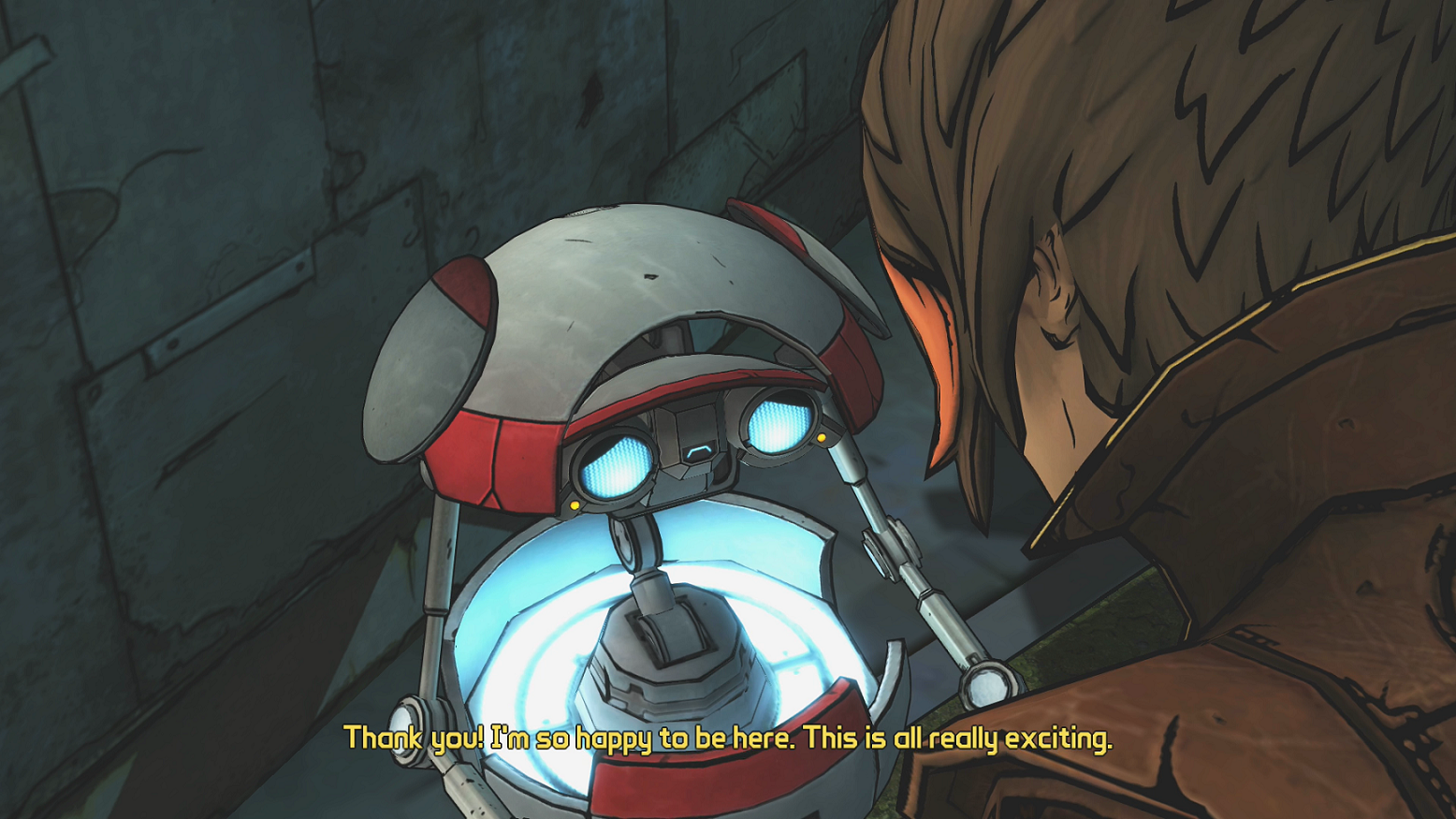 Fiona, Rhys, and their sidekicks are still after the Gortys key, which turns out to be a very small and adorable robot. Gortys of course needs upgrades before she can open whatever Vault all of these people are after, so the foursome goes on a road trip with her and trusty Loader Bot (complete with a great little montage) to a remote Atlas facility. The bulk of the episode takes place at the facility, where again we have a showdown between the heroes and the forces of evil. There are a few wild cards, like the appearance of not one, but three different Vault Hunters. Their motivations aren’t clear yet, but they appear to at least not be window dressing, unlike Zero in the first episode. 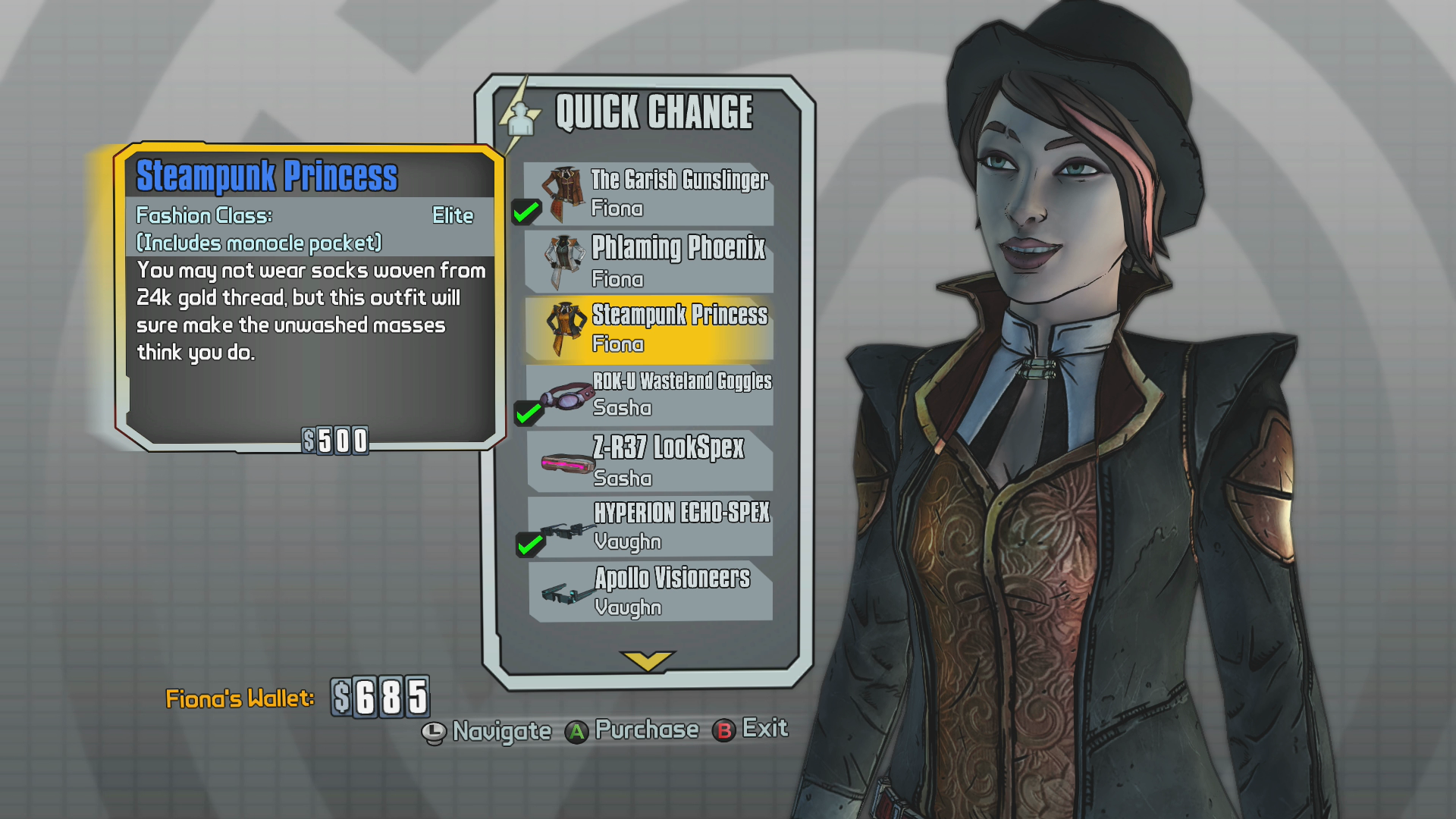 We don’t get to know Vallory or any of the other new characters very well, but we do get quality time with the likes of Loader Bot (the best character in the series so far, hands down) and the lovable, naïve Gortys. There is also a hint of burgeoning romance between Rhys and Sasha, which is confusing because I kind of thought Fiona and him would be a smarter match. But there’s still time.

The episode’s talky bits, where the brilliant writing shows through, are much more successful than the action scenes. These pop up in every chapter or so, and most of them are quick-time events that add little to the Telltale formula. They’re not broken, but most of them end up as slapstick comedy that doesn’t quite work. It doesn’t help that the trademark engine problems never seem to go away, stuttering endlessly and even threatening to derail some of the button presses. 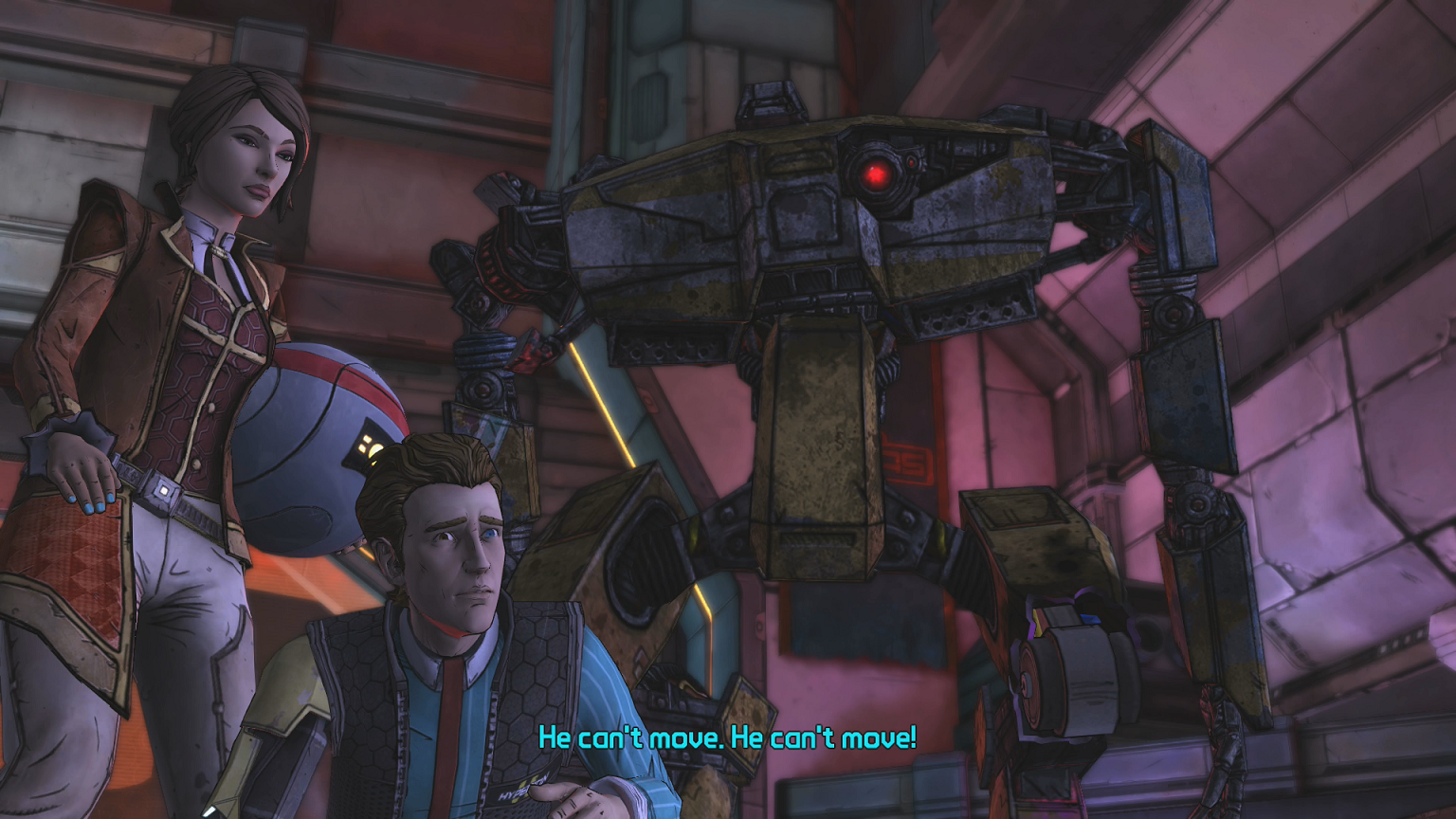 Another sticking point is the framing mechanisms. There are at least two of these. The overall narrative is provided by Marcus the weapons dealer, who tells the story in most 'Borderlands' games. We don’t hear from him very often; usually just at the start of the episode. But at some point in the future, Rhys and Fiona have been taken hostage again by a masked guy with a gun and his own agenda for Vault Keys, although we still have no idea who he is or why Fiona and Rhys are in his custody. All of the back and forth tends to make things a bit muddy, or at least disconnected. 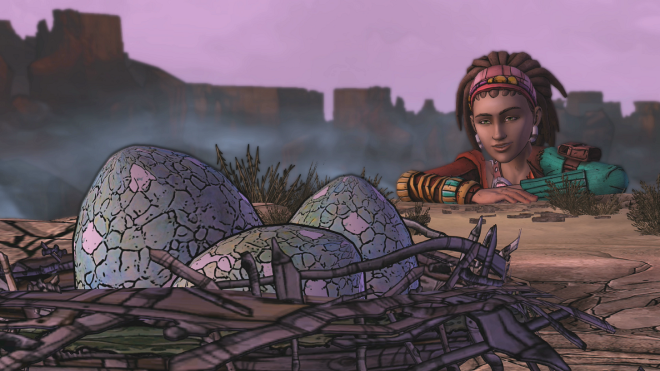 As mentioned, the engine slows to a crawl during the action sequences, of which there are probably too many, both from a gameplay and story perspective. This can have the unfortunate side effect of skipping over dialogue and cancelling out button presses during quick time events. It hasn’t yet resulted in a game over, but some of the timed sequences in particular can get frustrating. The series signature look (which represents both the Gearbox FPS series and Telltale's particular palette) keeps up with the overall variety in character design with some new additions. 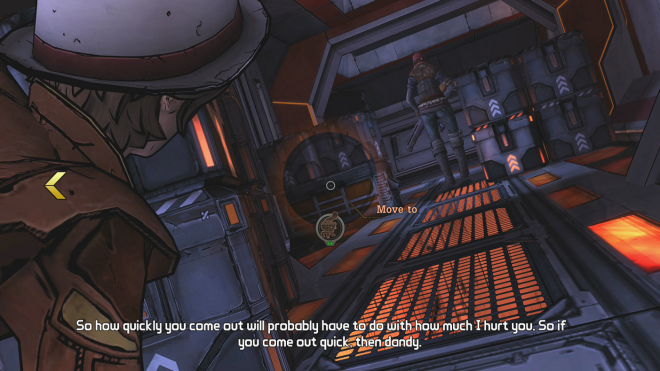 The voice actors return for the Vault Hunter characters, and they are quite good as always. New characters Vallory and Cassius are also excellent, although we don’t hear too much from them. The distinctive twang of the Western soundtrack is always welcome, and there are some licensed alt rock tracks appearing at opportune moments.

With the several-month break in between episodes and the slow pace of exposition, replays aren't entirely uncalled for. 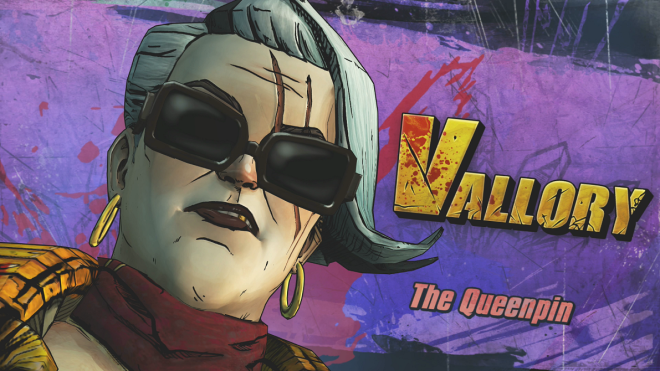 'Tales from the Borderlands: Catch a Ride' is one of the stronger episodes in the series in terms of writing and especially characterization. I find myself actually kind of liking these people, which is more than can be said for the often mute Vault Hunters of previous games (with the exception of Claptrap, who is rarely tongue-tied). I wish we could tone down the quick time events a bit, as they turn out to be more frustrating than fun, but Telltale is still doing a good job growing an interesting world with 'Tales from the Borderlands'.