Turtle Beach Ear Force Stealth 420X reviewed primarily on the Xbox One with some testing done on the PS4, PC, and various mobile devices.

Microsoft's newest console, the Xbox One, has a few peculiarities. Before the revamped controller was released, nearly all chat for the Xbox One required using some kind of chat adapter hooked into the controller. With the revamped controller, the chat adapter is no longer necessary, and yet to get chat working in the vast majority of headsets means being tethered by cable to the controller. This includes wireless headsets that are priced at hundreds of dollars. The exceptions to the rule are the aforementioned trio of Turtle Beach headsets, and for those looking at a sub $200 price point or else not interested in headset surround sound, the Ear Force Stealth 420X is practically a no-brainer. 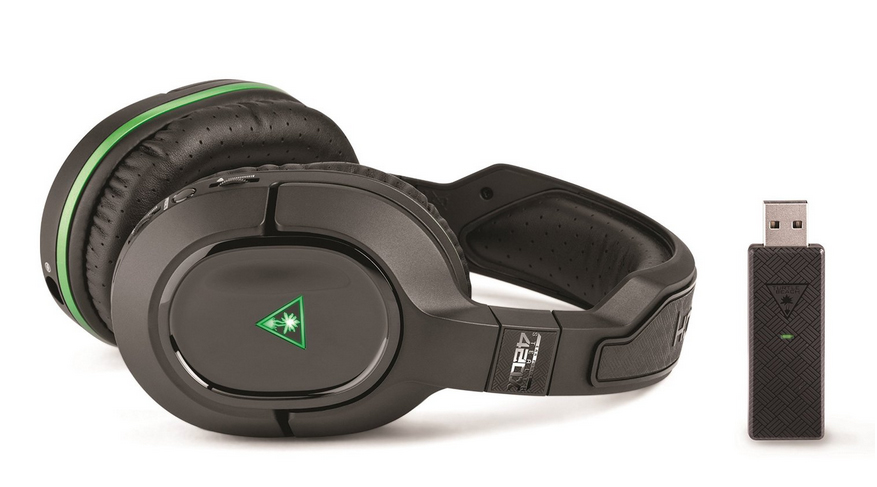 Setting up the Stealth 420X is almost a no-brainer as well. The USB transmitter plugs into one of the USB jacks on the Xbox One (more on that later), and then is automatically assigned to the signed-in profile, leaving the user only to power the headset on by holding the triangular button on the center outside of the right ear cup for a few seconds. Beyond that, there's plugging in the boom mic in the left ear cup and adjusting the two volume wheels on the back right ear cup. That's it. No need to mess about in the Xbox One settings. (It's so simple my dad could set it up!) The Xbox One will continue to output sound as normal through the HDMI and optical ports, so in my case, I mute or turn down my AVR. The 420X has some welcome features beyond wireless stereo playback, but the only thing I've omitted here in terms of basic use is charging the headset via micro USB in the right ear cup.

In effect, while the 420X is the only fully wireless stereo headset for the Xbox One, it would be difficult conceptually for a competing Xbox One headset to be easier to set up and use.

Tapping Into the Xbox One

When it comes using the 420X on the Xbox One, the first thing to consider is that the 420X is a stereo headset. For now, the Xbox One doesn't do its own simulated surround, but that may change. Personally, I love surround sound headsets, and the difference is major for me. That said, the stereo presentation used in a 3D game, while much more likely to exhibit a binary L/R experience, is entirely able to immerse the listener. The 420X appears to me to be aggressively tuned for a noticeable left or right ear fall off, and the result is that it's easier to isolate and roughly locate spatial sounds in a 3D environment. In other words, it's easier to locate an audible enemy or objective, like say in 'Call of Duty: Advanced Warfare' or 'Battlefield Hardline.' This favoring by the headset is slight enough that a cinematic presentation of a game's narrative (like the story cutscenes), still comes through without any sense of sound manipulation. 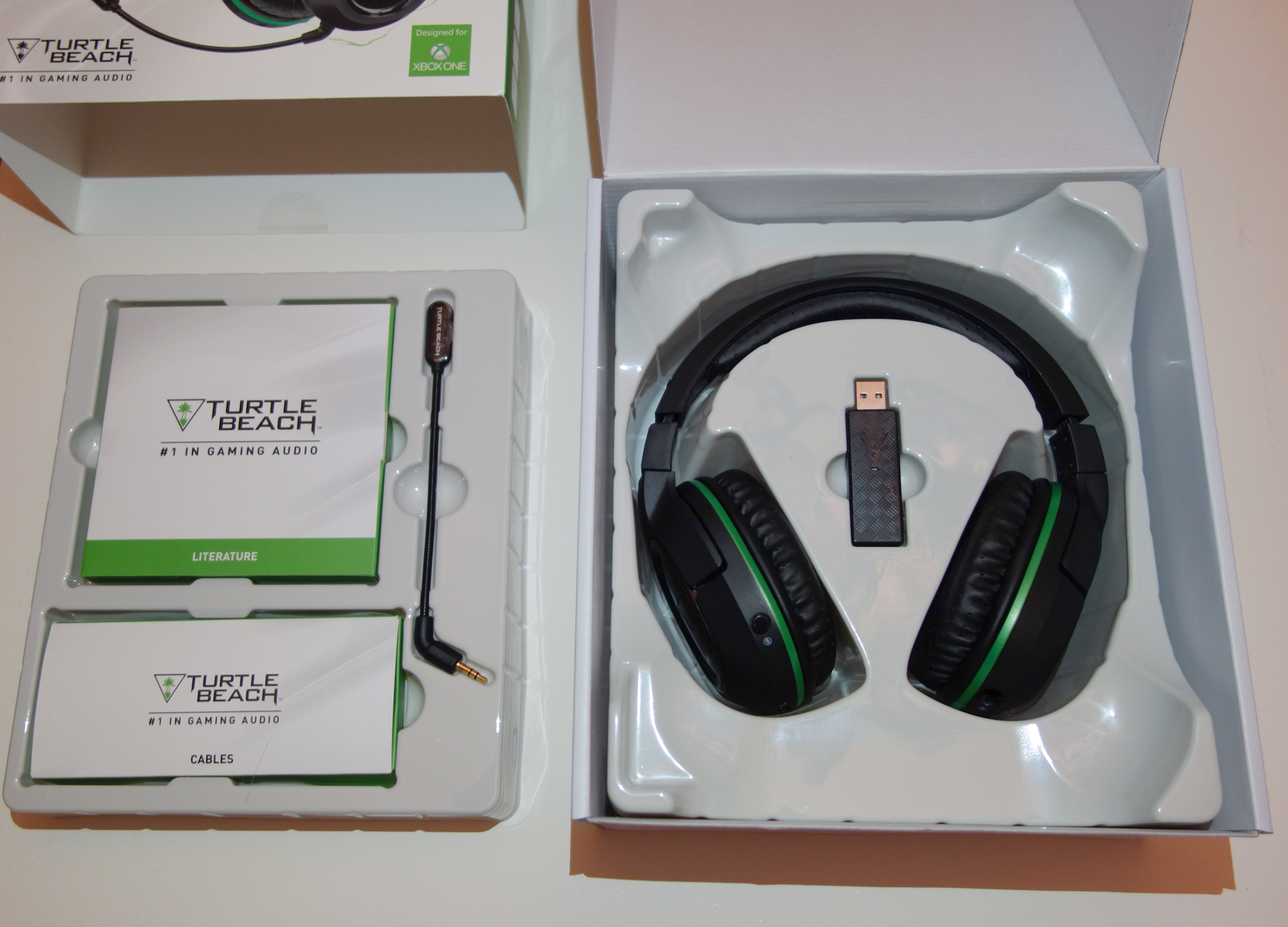 The only kind of aggressive sound manipulation possible with the 420X's feature set is the 4 EQ settings. There's the default Natural state, plus a Bass Boost, Bass + Treble Boost, and Vocal Boost. These EQ settings offer a quick tweak for the user, and I would think that most users could decide if they prefer extra bass or whatnot, by quickly toggling through the four states, and then pretty much leave it alone most of the time.

The 420X wants to do one thing primarily, that is to be used for Xbox One games and online Xbox One multiplayer sessions that require chat. But with that comes a nice a range of use. The 420X handles a multiplayer party 'Peggle 2' Duel or party 'N+' match just as easily as 'Titanfall.' The 50mm drivers sit easily under the lightweight design. The headset can be loud (too loud even), but is governed from getting crazy loud, which is expected in a wireless design. Even so, in-game gun fire is pleasant but, understandably not teeth-chattering while vocal AI chatter is crisp.

On the entertainment side, I took a tour through YouTube, Skype, Groove Music, and even my long-dormant NFL app, and the 420X worked fine with all of the Xbox One's apps I tried. Being wireless is the considerate way to use the Xbox One late at night, and that includes watching 'Chappie' on Blu-ray.

The vented pleather pads are both pleasant and great at isolating sound. My visiting nephew played through the 'Advanced Warfare' campaign using the 420X while I sat about two feet away in a quiet office and not a hint of sound leaked. 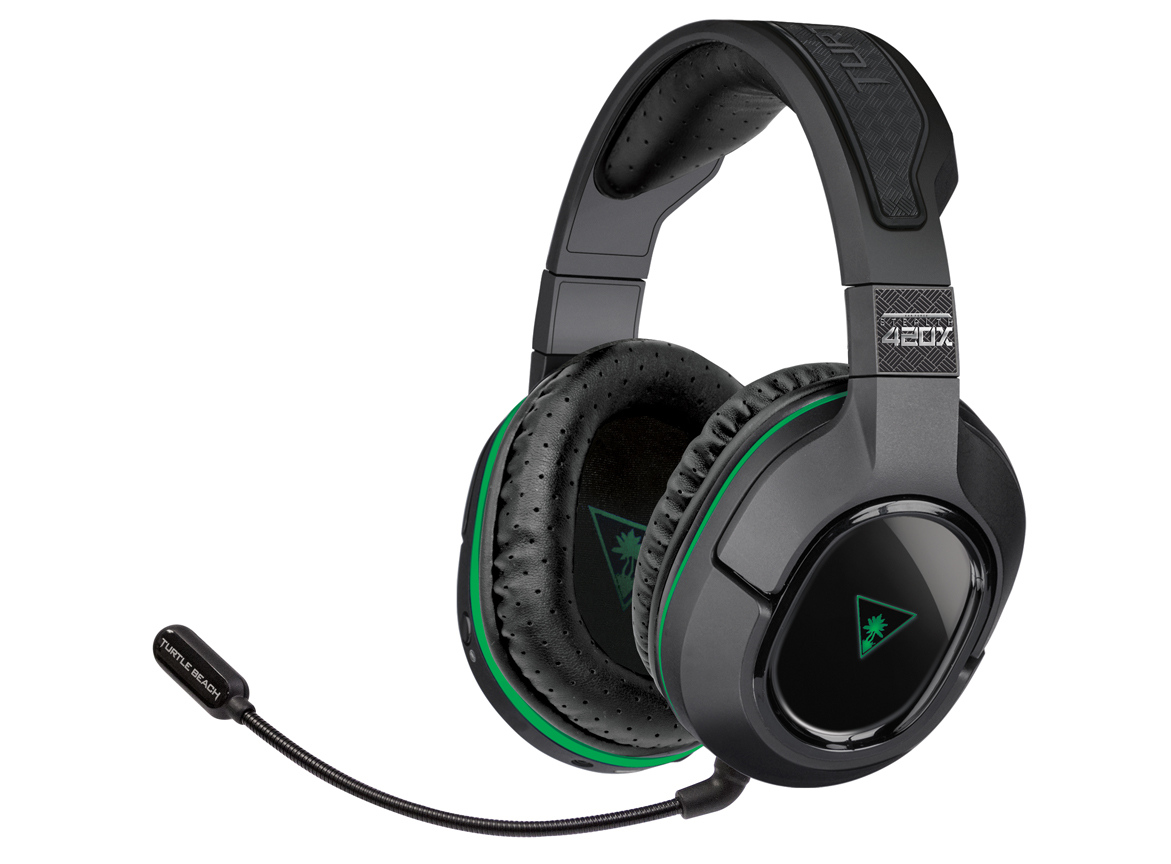 As headsets go, the 420X might not accommodate the biggest heads. My sizable but not huge 7 3/8s skull wears the 420x effortlessly. The lightweight design is easy to wear for hours and the headband holds on without any excess tightness. This is model that needed no break-in to feel comfortable, and my only concern would be for very large head sizes.

As expected with a Turtle Beach design, the 420X has two volume rockers, one for game volume and one for chat. As a user, I only have one set of ears, but being able to easily dial in the two sources separately is a huge upgrade over the typical game/chat balance setup of the chat adapter.

One thing to note. I found that plugging the transmitter directly into the back of my Xbox One had a detrimental effect on the otherwise impressive range. Using the transmitter in the side USB port or with a small extension fixed the issue, and signal strength was easily 20ft. 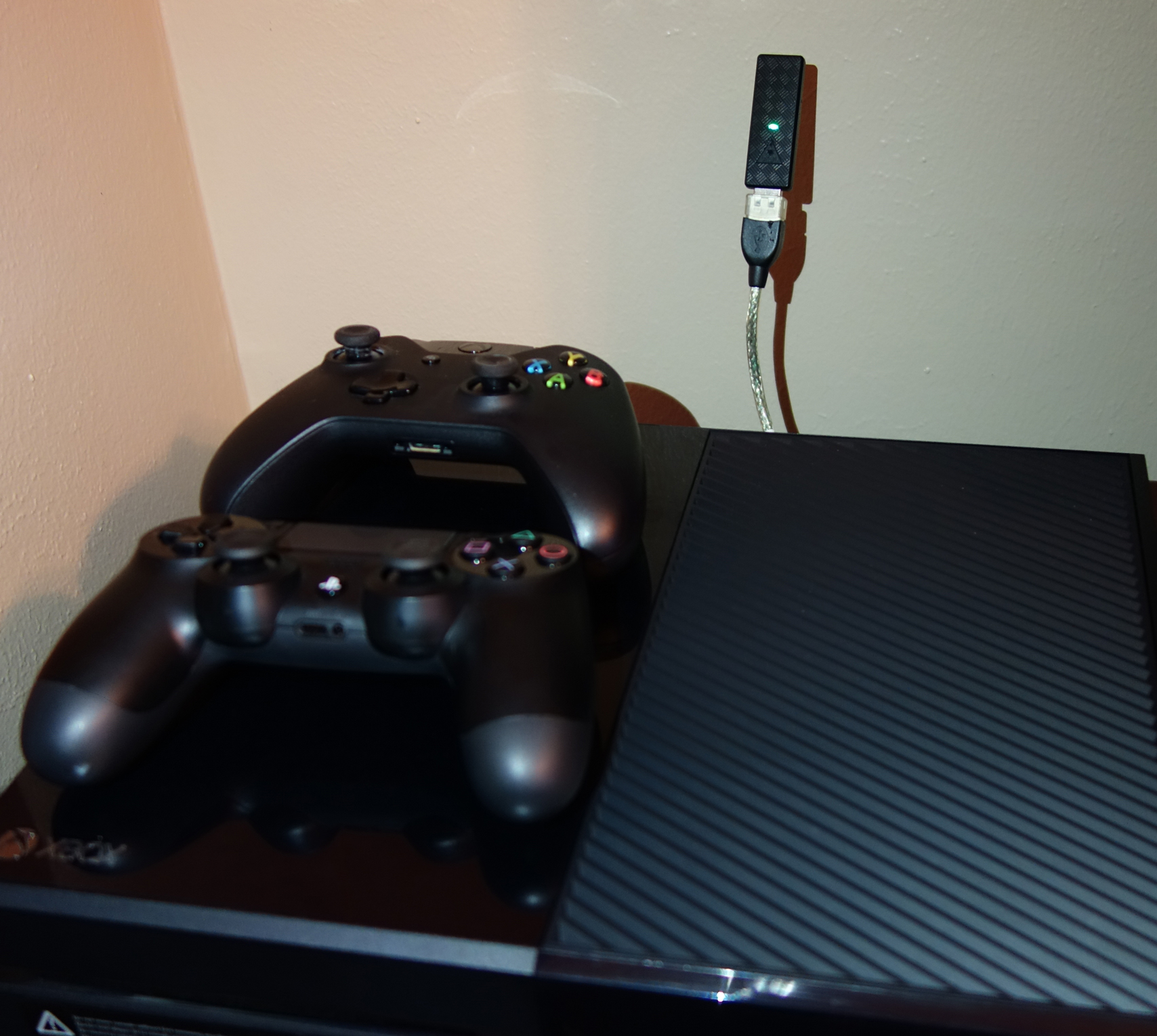 The Stealth 420 X includes the headset, the tiny transmitter, a micro USB cable (of decent length), and a mobile cable. The mobile cable features and inline dangle mic with a button control that opens up a lot of options. Naturally, this cable connects the 420X to smart phones or any other 3.5mm device. The button works great at answering calls and controlling music, and external device volume is handled externally. (The controls worked great on both Android and iPhones.) 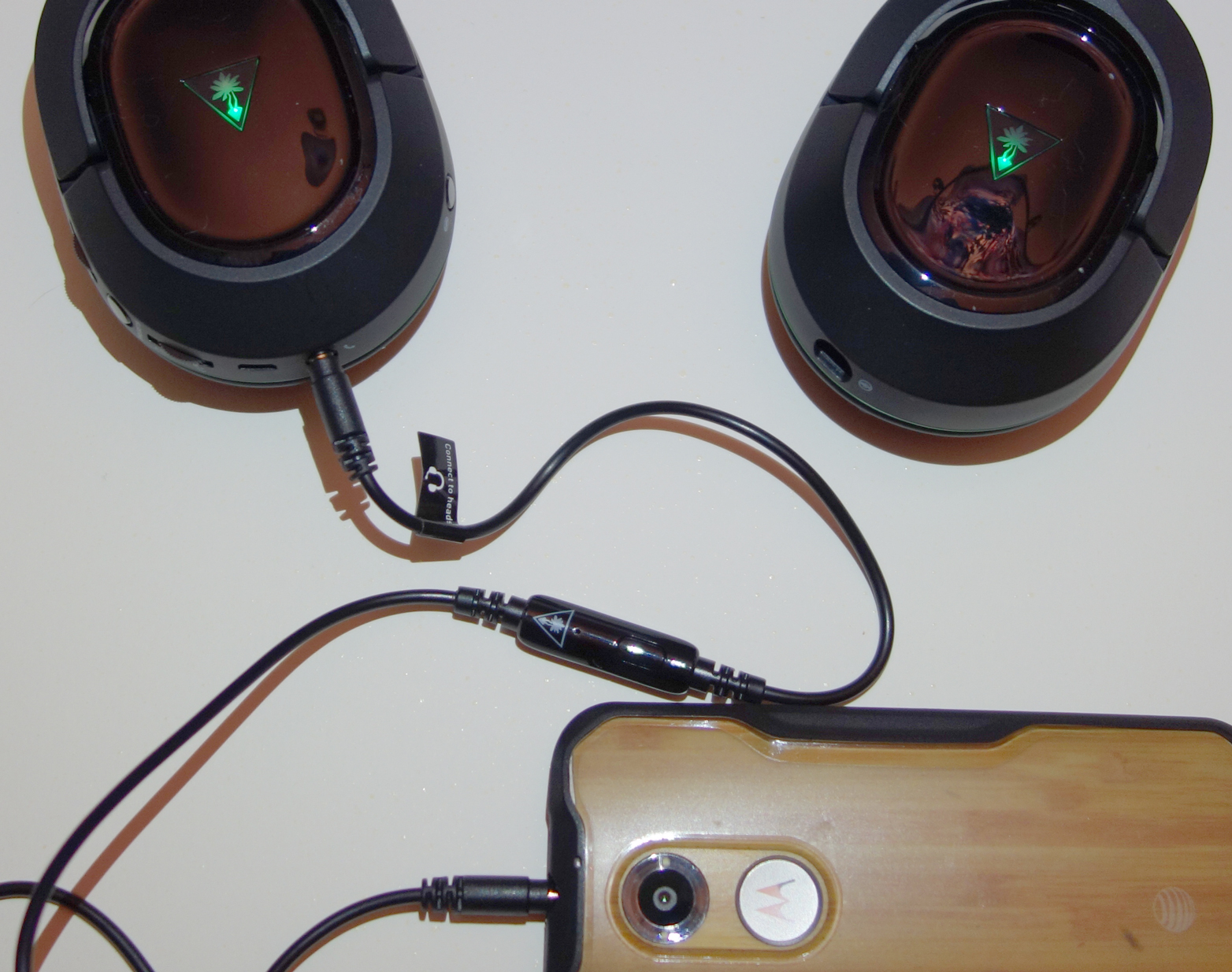 In a nice bit of irony, the mobile cable comes in handy when playing on the Xbox One. It allows the user to keep their phone (or other 3.5mm device) connected while playing.

When connected by the mobile cable to a phone while playing on the Xbox One, the dangle mic is used for calls, leaving the boom mic for game chat. This situation leaves the user the option of muting the boom mic when on calls. 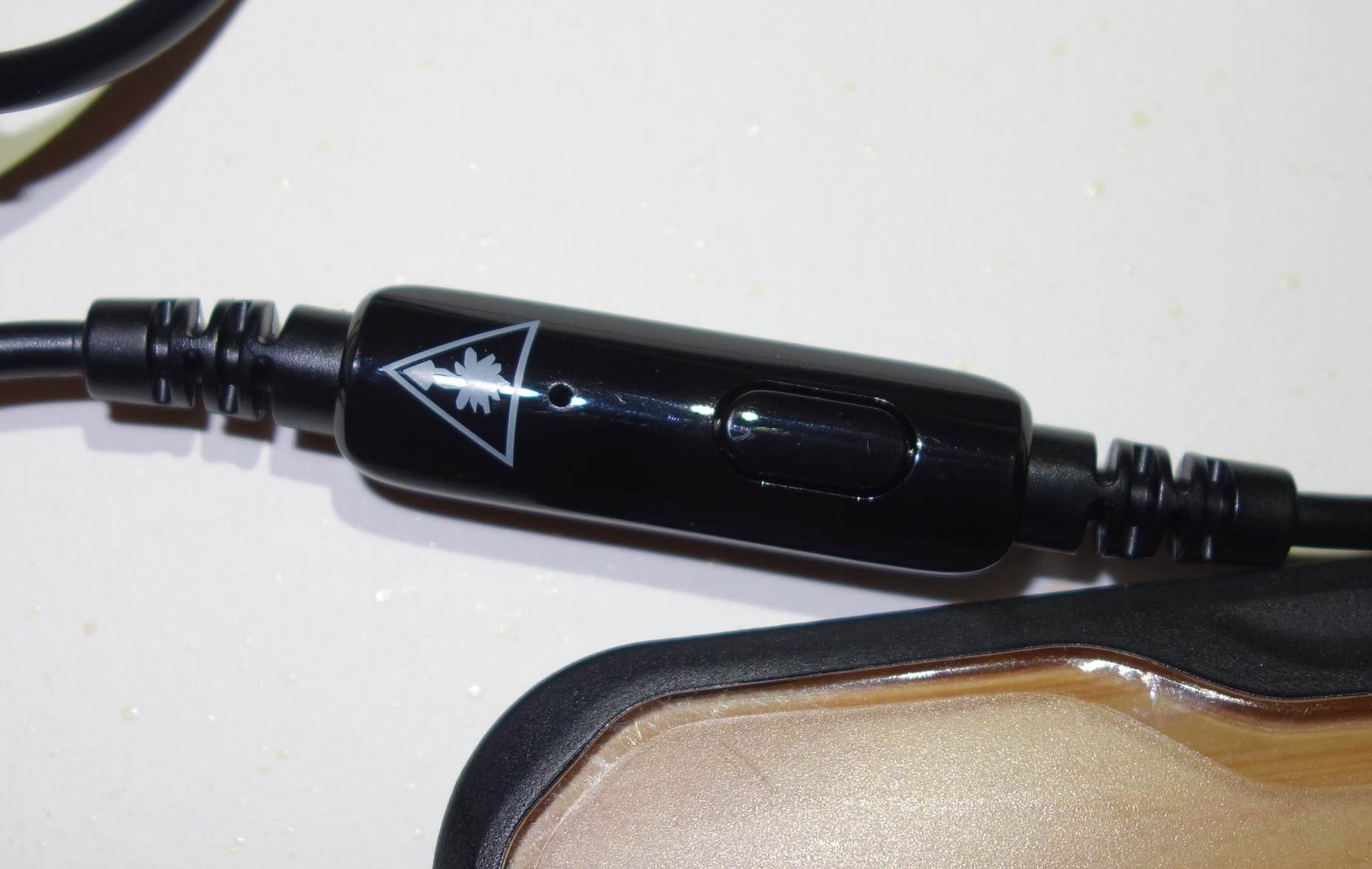 When not on the Xbox One, I found that using a standard four pole to four pole cable (not included) between the headset and the phone let me use the boom mic for calls. While I prefer having the dangle mic with inline control for travel, a standard cable can come in handy.

Corded to the PS4

The 420X can be used with the PS4 by connecting the 420X to a DualShock4 with a standard four pole cable. (Be sure to adjust the mic sensitivity in the PS4 options.) As a bonus usage case for the 420X, this works very well. If the only cable on hand is the included the mobile cable, then that means having to use the dangle mic on the PS4, which is not my preference.

Compared with the Stealth 500X, the 420X has a few important advantages that come as part of being a newer design, such as standard micro-USB and 3.5mm connections. Even better, the 420X has audible voice prompts, which are a real help when picking EQ settings, or else just fumbling with the controls.

Turtle Beach has tweaked the design of the power/trasnmitter light as compared with the 'Ear Force Stealth 500P.When using the 420X wireless with the Xbox One, the green logo light on the side is steady, which is an improvement. Unfortunately, when using the headset in a corded mode with a phone, PS4, or whatnot, the triangle light does its strobe thing. (This is a powered headset, so it needs to be on for use even when corded.) Furthermore, when not connected to the Xbox One, the headset will threaten to go into power-saving mode (turn off) unless the user presses the power button. It only does this once for each session, but it can be a little jarring. 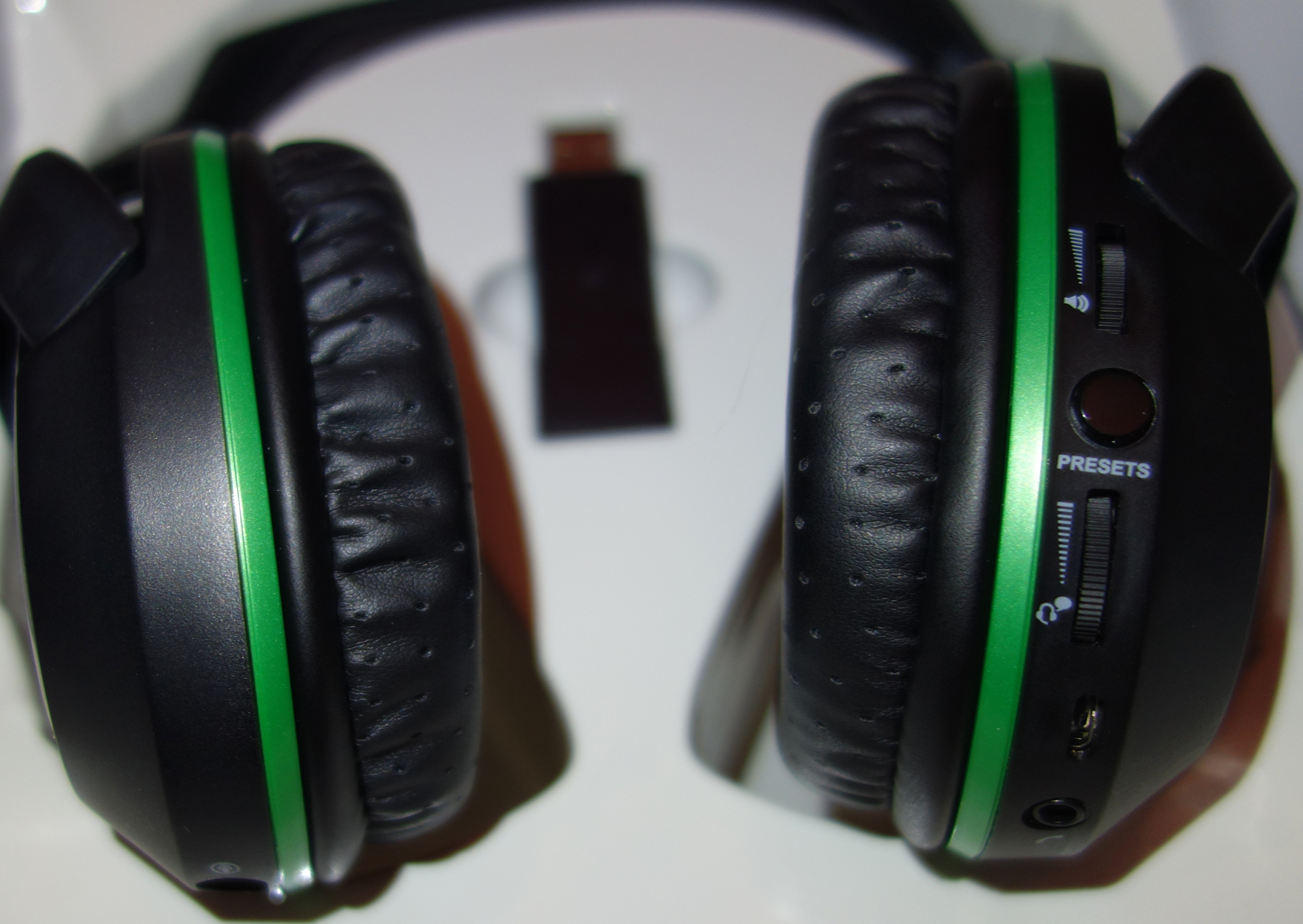 Battery life is crazy long. I keep a micro USB cable close for sake of the PS4, but the 420X's promised 15 hour battery is excellent even with long daily sessions.

I did have a weird issue when using the mobile cable with Android. (The issue was not there on iPhone.) When the phone was quiet without any source or even a paused source, there would be a bit of noise that would stop if something played. It sounded like some minor feedback and appeared on multiple Android 5.1 phones.

The detachable boom mic does its job fine. I found the level of mic-monitoring pleasant and useful, but I know that some users would prefer a degree of adjustment that the 420X doesn't offer.

The 420X has upgradable firmware via PC and Turtle Beach's Ear Force Audio Hub app. Once running, the app is supposed to detect when the transmitter is connected to the PC, and then do the firmware check, however, in my case, the app wouldn't detect the transmitter. I was able to fix the problem by installing a Turtle Beach driver through the WinUsbDriverInstallerx64.msi (found here). 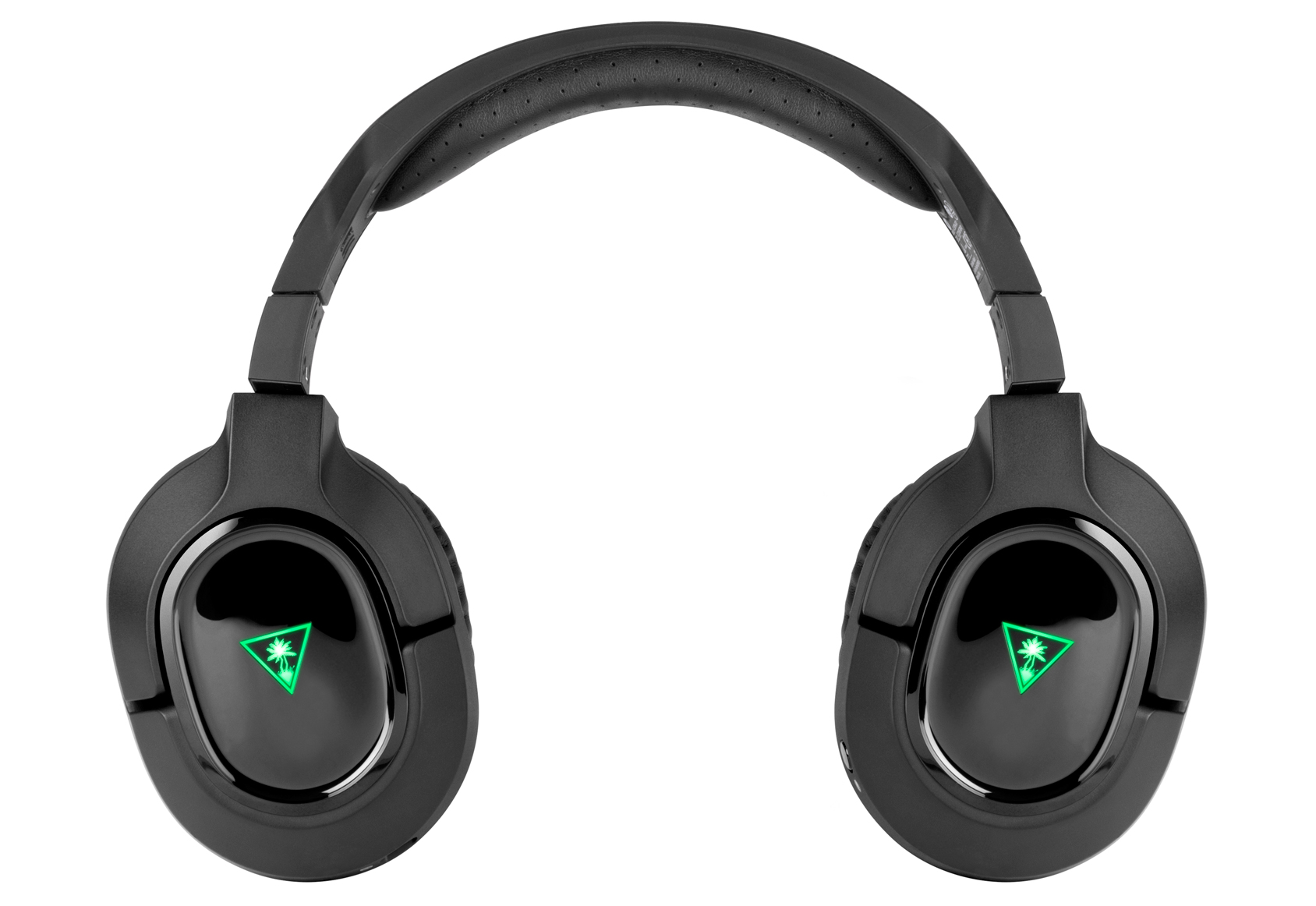 The lightweight 420X benefits in my view from not having a customizable earcup design. Without any speaker plates to worry over, the ear cup design and controls are all pretty smart. The ear cups articulate and fold flat, which works well for wear and for transport. The ear pads are fixed in place. There's nary a hint of metal visible on the headset, but the headband does have more bounce back than looks. I would not try smashing the 420X underfoot, but it does seem like the wiring has been insulated from fatigue, which should help with durability over time.

The 420X logo is small and not up to standard, but the shade of green for the ear cups is a nice dark metallic. The rubberized Turtle Beach logo on the headband has grown on me, while the rest is a mix of black plastics that looks descent enough. 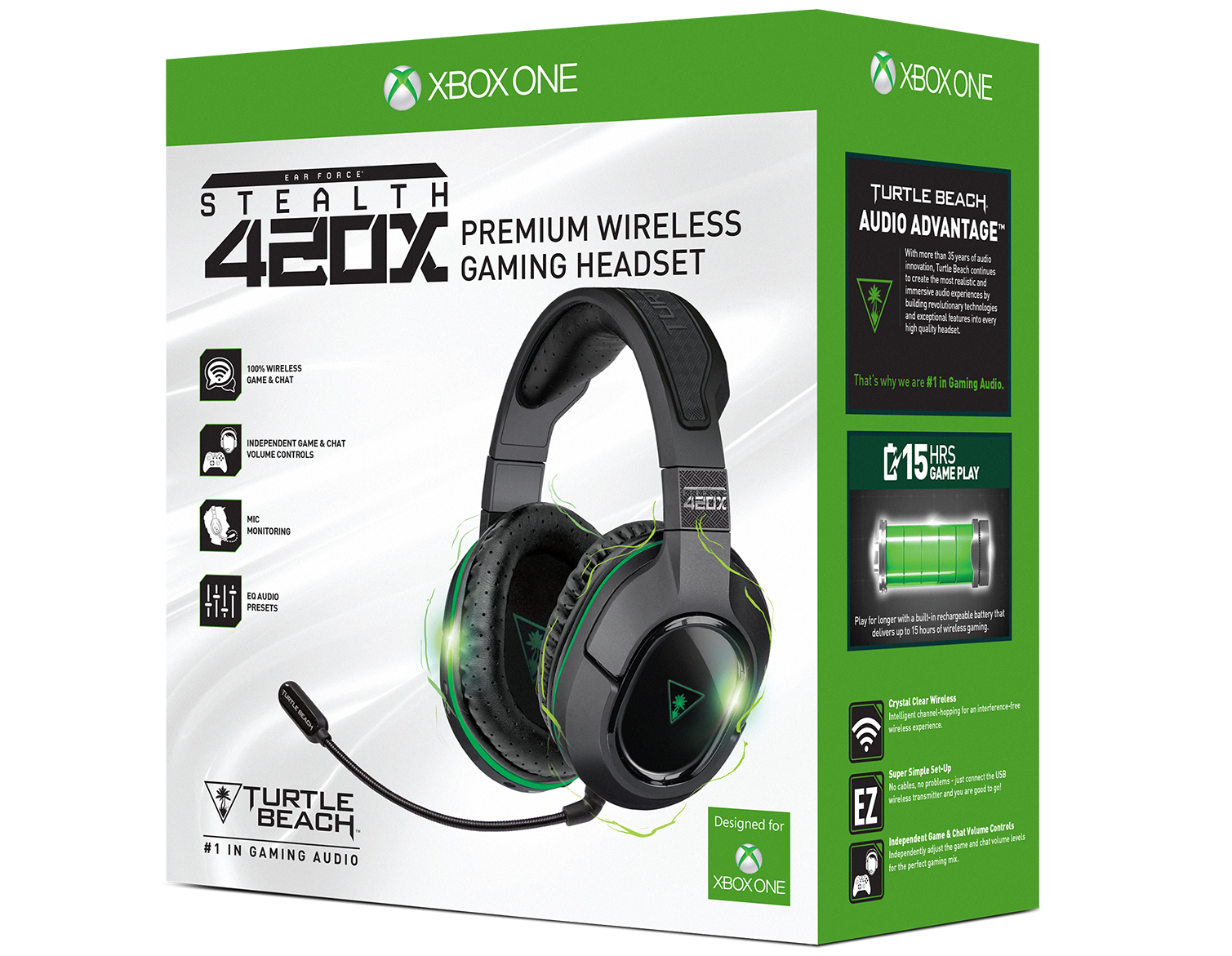 The Ear Force Stealth 420X launches as a near perfect answer to users' needs for a wireless stereo headset for the Xbox One. The ease of use makes the 420X seem like a first-party Xbox One accessory, but the gaming performance with the Xbox One is spot-on, leaving the secondary features as a pleasing bonus, which extends to wired PS4 usage. Turtle Beach has quickly cornered the wireless Xbox One market, and users can consider the Stealth 420X as the new standard.