The Game Itself
4 Stars
The Video: Sizing Up the Picture
3.5 Stars
The Audio: Rating the Sound
4.5 Stars
Replay Factor
2 Stars
Bottom Line
Recommended

Minecraft: Story Mode - A Telltale Games Series - 'The Order of the Stone'

'Minecraft' remains a juggernaut in gaming, consistently outselling much newer titles, and can be found on just about every mainstream console, gadget, and operating system out there (except for Nintendo devices, conspicuously). It could be casually described as a video game translation of Legos, where the player has a big open world with which to create things to their heart’s content, so long as those creations come in the form of squares. Not being a particularly plot-heavy game, it came as something of a surprise when Telltale, purveyors of fine episodic games like 'The Wolf Among Us' and 'Game of Thrones', decided to weave a new adventure game out of the 'Minecraft' mythos.

'Minecraft: Story Mode' follows the lead of Telltale’s 'Tales from the Borderlands' in that the game is much different than its source material. This is an adventure game, heavy on the story and light on the action. I did a bit of crafting, but it is more of a puzzle-solving exercise than a creative one. The lead character is Jesse, who can be selected as a male or female at the start of the game, with a few different outfits. Jesse is a novice crafter living in a Minecraft world that has been peaceful for many years following the intervention of the legendary Order of the Stone, four heroes of amazing skill and courage. 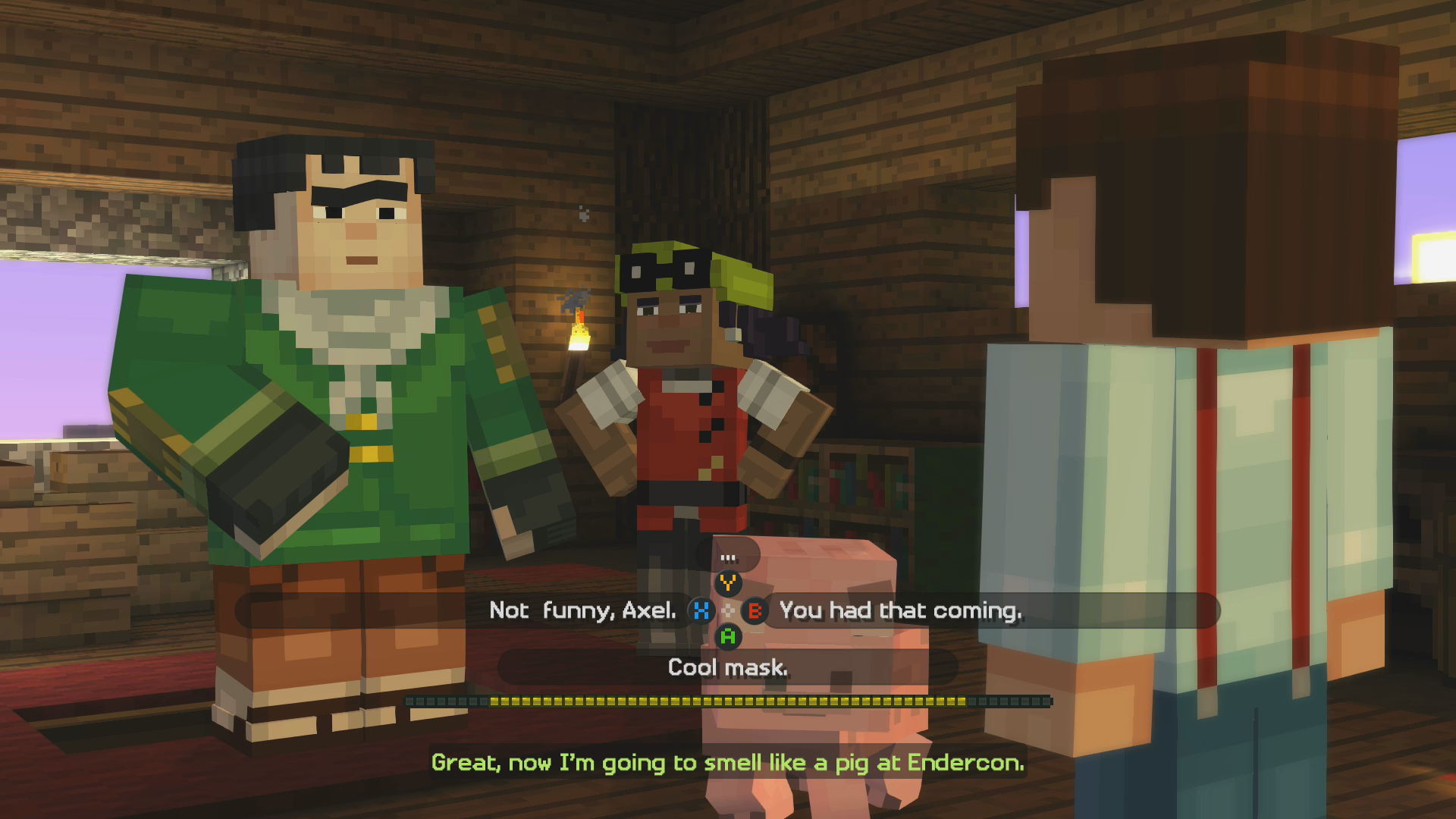 At the beginning of this episode, 'Order of the Stone', Jesse and his friends are preparing their entry in the annual Endercon event, attended by all crafters of note. Every team has to prepare and build an exhibit, and the gang’s chief rivals are the Ocelots, the stereotypical snobby kids who are also excellent crafters. Jesse is accompanied by Axel, a large and somewhat overbearing guy, Olivia, whose personality is more meek, and Reuben, a miniature pig who enjoys cosplaying.

The keynote speaker at this year’s Endercon is none other than Gabriel, peerless warrior of the Order of the Stone. Of course the gang wants to meet him, so they put their heart and soul into the exhibit. Soon after the judging, Jesse finds himself involved in a shady trade gone sour that leads into an adventure with serious consequences for the entire world. 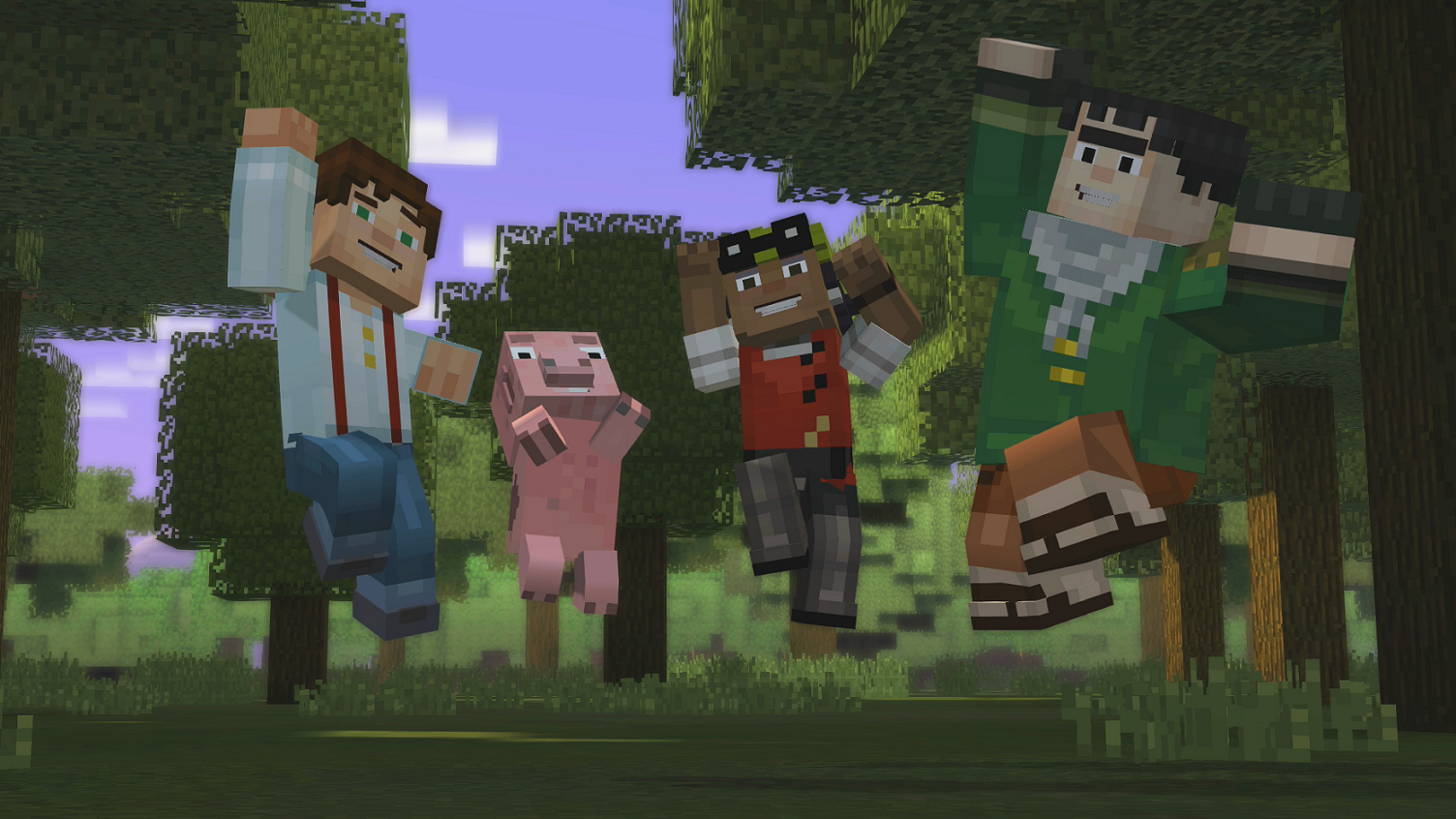 'Story Mode' was definitely made with 'Minecraft' enthusiasts in mind. While Telltale’s other works typically don’t require a lot of familiarity with the source material, this game is probably best played with at least a little 'Minecraft' background to get the full experience. That being said, it is by far the most kid-friendly series they’ve done in recent memory. There are no swear words here, no adult situations, nothing racy or super sad. There’s a fair amount of violence, but it’s all pixelated and cartoonish. 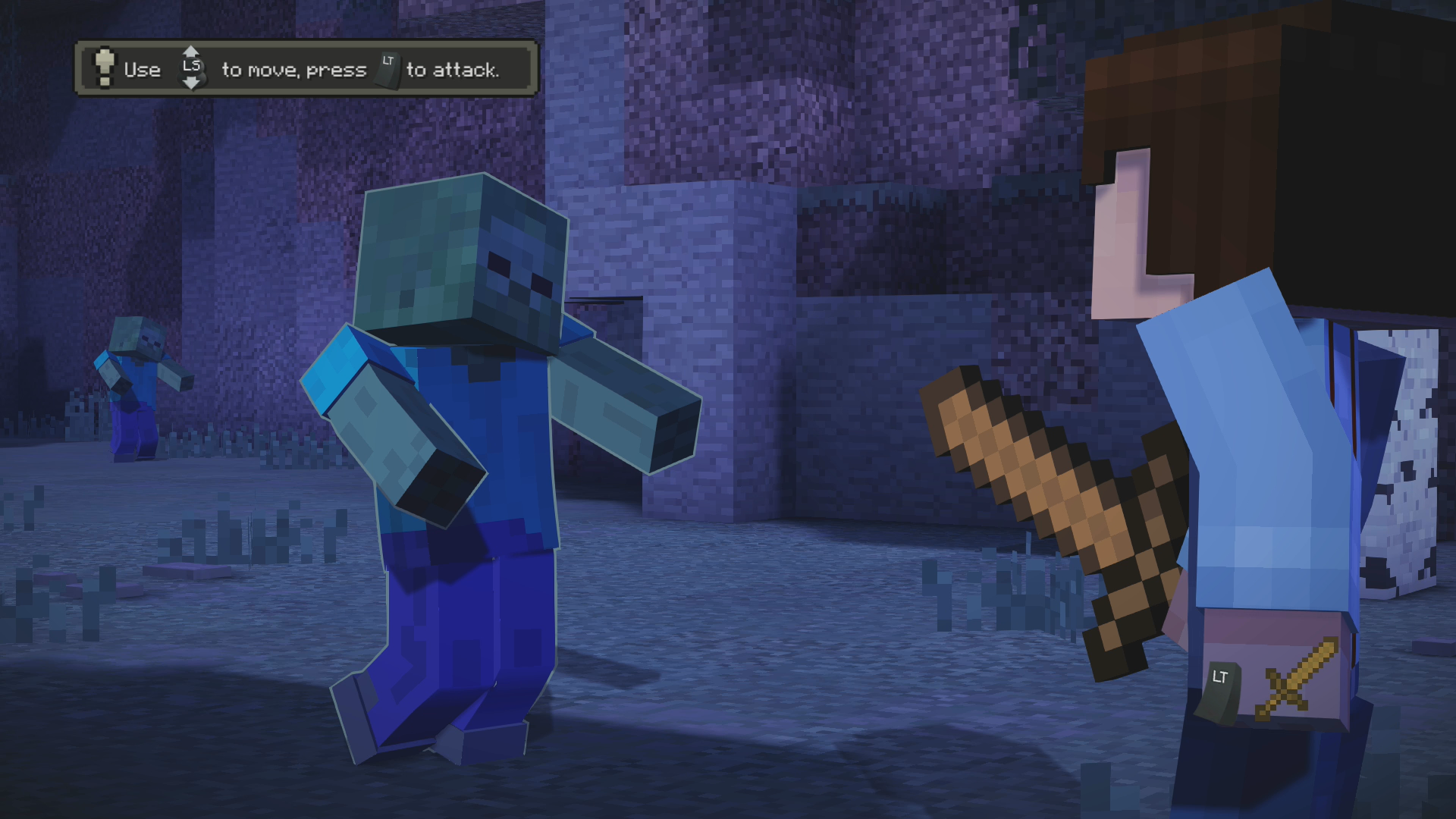 Despite the lower age range of the target audience, 'Story Mode' has enough humor to offer something to both kids and adults. The script is neatly written and, with the exception of the relatively slow start, all of the chapters have a good blend of conversation and narrative thrust. Jesse is presented as a novice builder, just like we all were at one point - not the most knowledgeable or adept, but very excited to be crafting things. He has never been in the Nether, and I don’t think he’s even been in a cave, despite his claims to the contrary. His inexperience makes him even more likeable, and he’s quite level-headed, which is probably why his friends don’t seem to mind when he makes all of the decisions for the group. 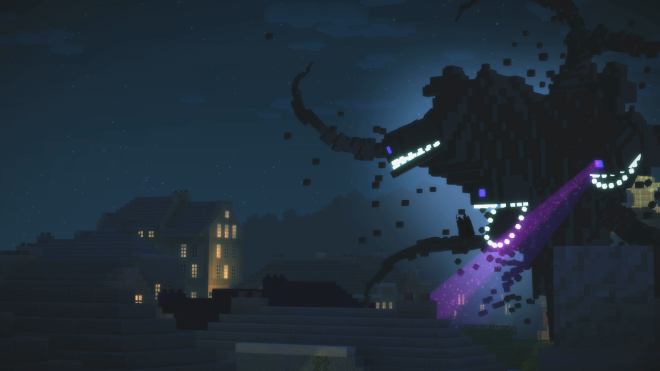 'Story Mode' resembles 'Minecraft' machinima with a glossier picture and a bit more technical acumen. The grainy blocks and squares are all here, along with the simplistic water and lighting effects. The character models have more expressive animation and higher texturing than the world around them, which is genuine 'Minecraft' pixel fare. During quick-time events, the characters develop a liquid, cel-shaded appearance. I am happy to report that 'The Order of the Stone' demonstrates almost none of the glitchy hang-up problems of previous games from this developer. 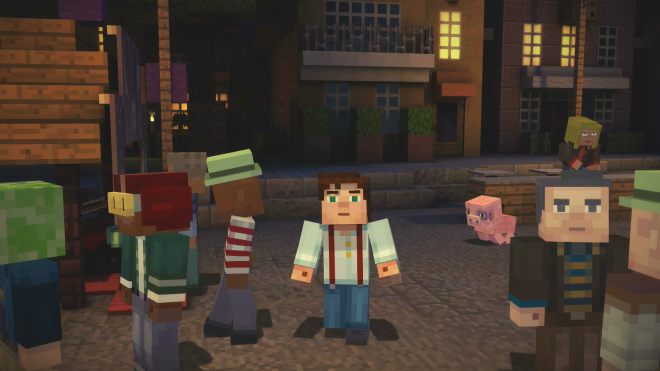 I chose a male Jesse and was therefore rewarded with the perpetually cheerful, awkward acting of Patton Oswald. He gives a stellar performance, as does fellow comedian Brian Posehn, who is his usual sedate self playing Axel. Other highlights on the voice cast include Paul Reubens ('Pee Wee Herman') as the nefarious Ivor and Ashley Johnson (Ellie in 'The Last of Us') as spelunking expert Petra. The music, most evident during some of the slower scenes, is very similar to the pensive and agreeable piano from the original game.

I felt no compulsion to replay 'The Order of the Stone' right away. It’s two or three hours of good times and then it can be safely put away. 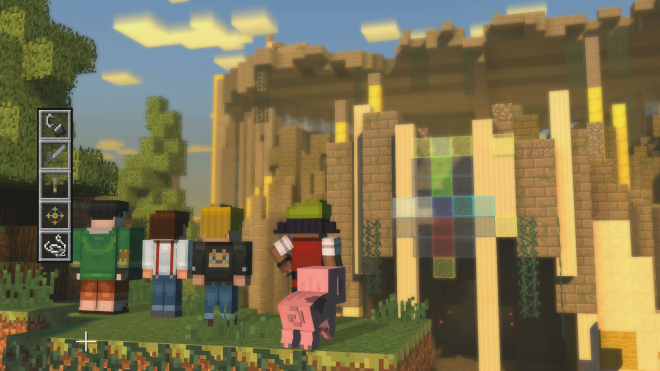 While I have come to love Telltale’s more grown-up titles, 'The Order of the Stone' is fun, wholesome entertainment in its own right. There are plenty of jokes for all ages, along with a healthy dose of slapstick comedy and a few puzzles and quick-time events to spice things up. Perhaps the best thing I can say about it, other than I’m looking forward to the next episode, is that it dearly made me want to fire up my own 'Minecraft' world and get to building.