The Game Itself
3 Stars
The Video: Sizing Up the Picture
3.5 Stars
The Audio: Rating the Sound
3.5 Stars
Replay Factor
1.5 Stars
Bottom Line
Worth a Look

'The Last Place You Look' is Telltale’s third episode in the 'Minecraft: Story Mode' series. It is preceded by 'The Order of the Stone' and 'Assembly Required'.

Even with just two episodes under their belt, Telltale’s season of 'Minecraft' has already had some dramatic ups and downs. After starting strong, the second episode faltered, offering little in the way of entertainment or narrative value. There is still time for Telltale to get it together, and the episodes are being released at such a breakneck pace that it won’t be long before we have a full season to critique.

After finding Order members Ellegaard and Magnus in the previous outing, Jesse and company are now after Soren, the master architect who has been missing for some time. He is quickly found with the help of the Order amulet that Jesse has been dutifully shlepping around, and his hermitage is in a very scary, remote place. To get to him, Jesse has to navigate a massive, fall damage mob grinder. Mob grinders are traps from the real 'Minecraft' that players use to farm goodies from enemies. They are common amongst prolific crafters and can be very elaborate. 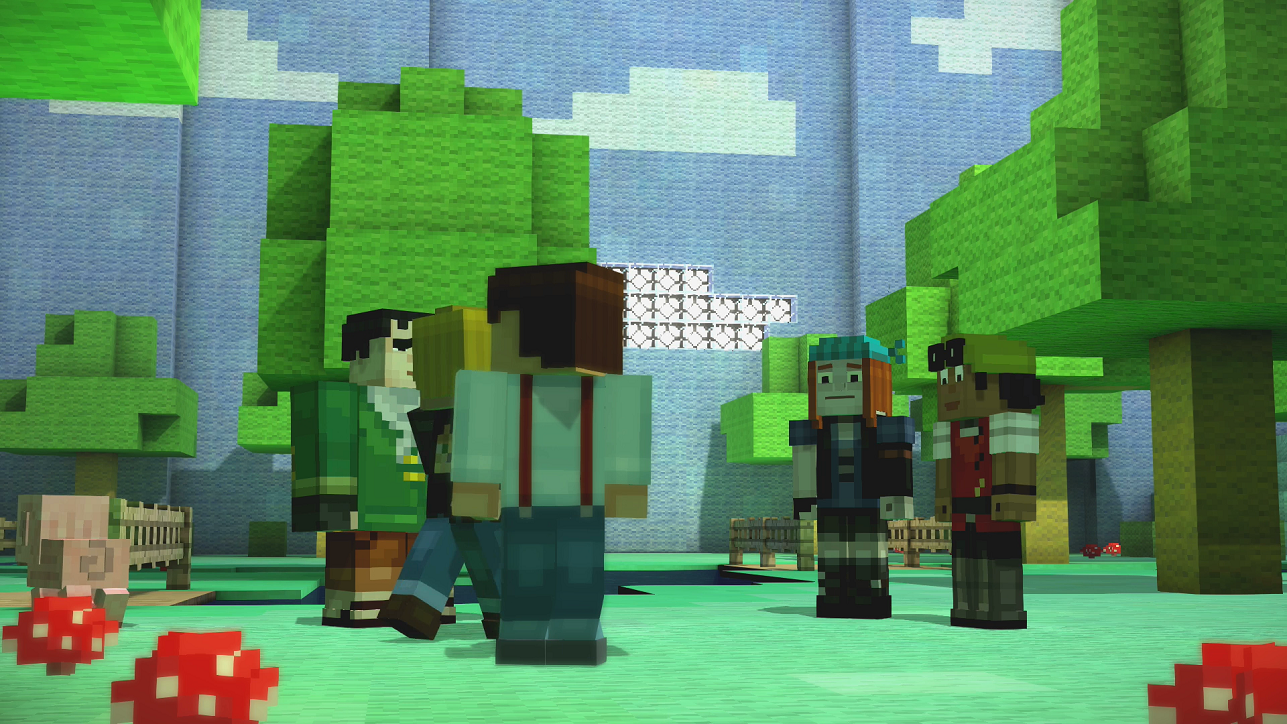 Soren’s grinder is used as an action sequence during this episode’s opening credits montage, and is possibly one of the most fun scenes thus far in the series. Not because the gameplay is stellar (it’s mostly QTEs), but because it showcases the possibilities of 'Minecraft'. The grinder operates by pushing mobs to their death with long, water-filled tunnels and then sucking up the loot via underwater ducts. I have no idea how to make such an apparatus in 'Minecraft', but I kind of want to try. Despite any of its other faults, 'Story Mode' is definitely written by 'Minecraft' enthusiasts. This isn’t the first reference to trends found in the source material, and it’s important that Telltale continues to borrow ideas from the community for its set pieces and locales. 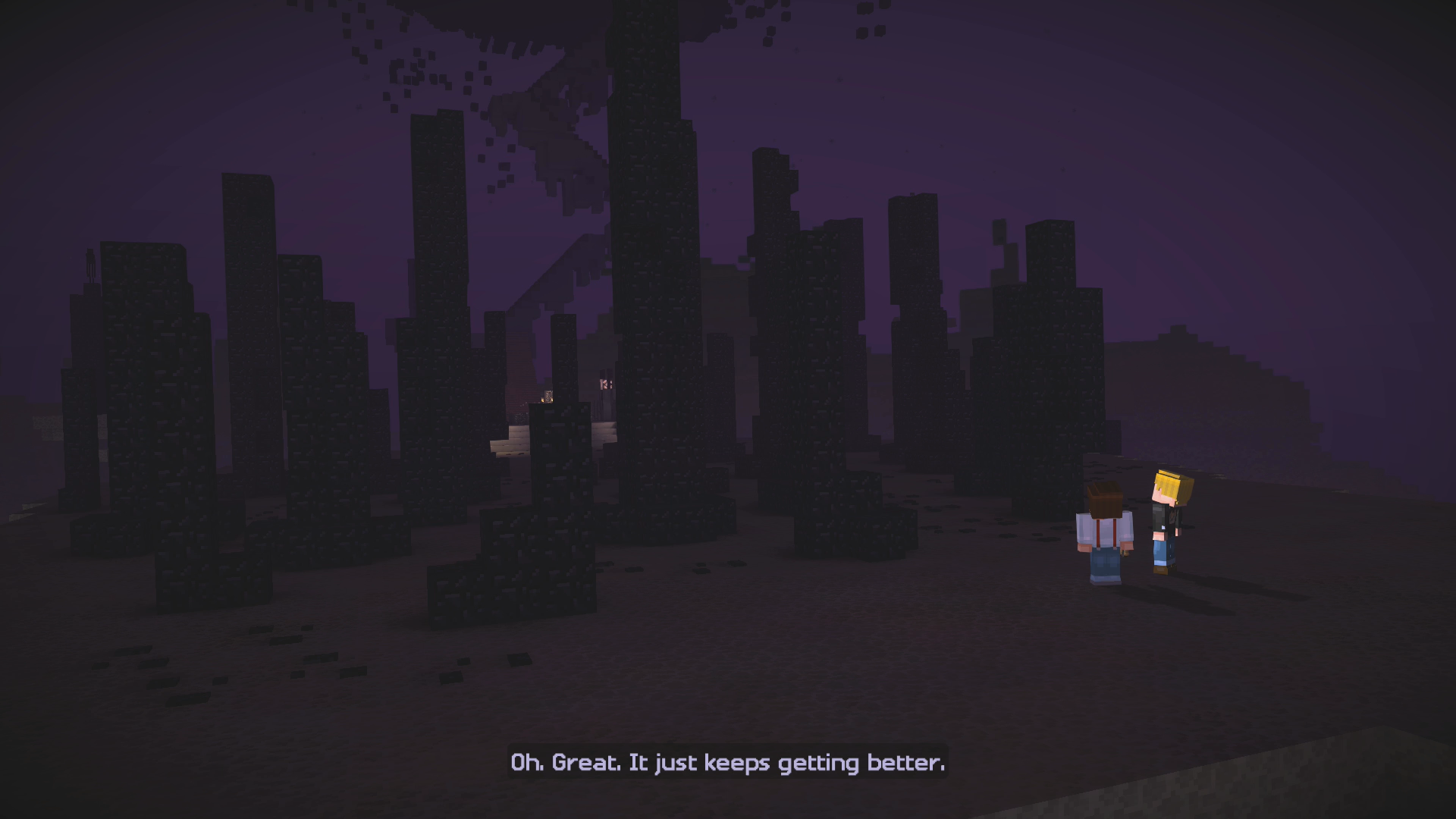 As for the dialogue and character development, it is somewhat improved from 'Assembly Required', but still lacking overall. Much of the conflict in the gang stems from petty arguments and hurt feelings over trivial matters like who gets to lead the group through hauntings of Endermen and whatnot. Despite the impending destruction of the world, the loss of an Order member (in my game anyways - results may vary), not to mention a serious injury in one of the group members, everyone still finds time to hold personal grudges over minor slights. For instance, when my friends were rather competently fighting off a collection of mobs during the grinder chase, I elected to recover the important Order amulet over helping them. While friends are important, having them is somewhat moot if the world ends, and the amulet is the only means by which to save the world. Even so, another member of the group saw fit to criticize my decision afterwards. Holding me accountable for my actions is perfectly fine, even welcome, but should be reserved for story decisions that are truly painful. 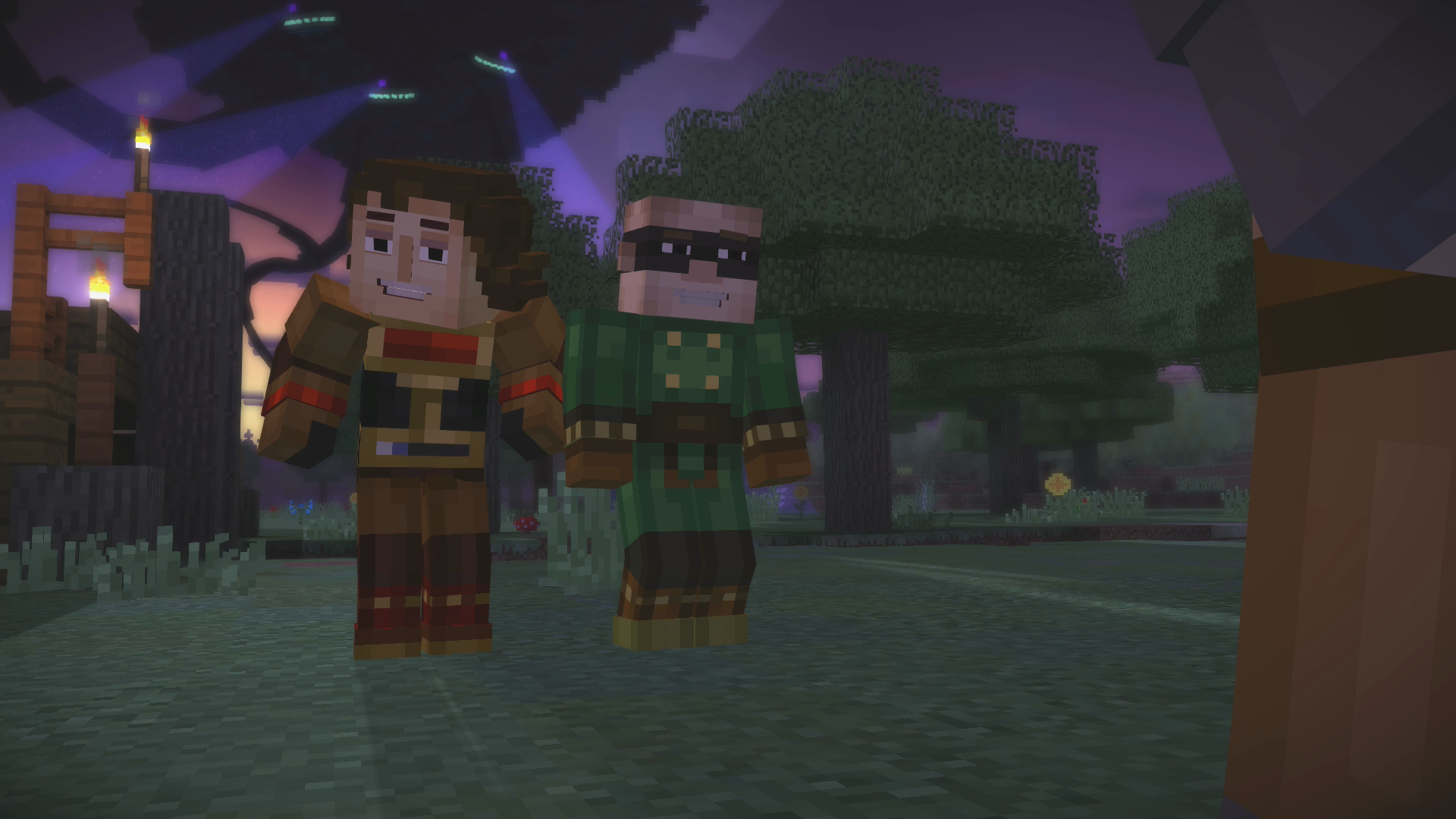 Towards the end of the episode the story took a darker turn, one that I hadn’t expected. It was handled very well and leaves a glimmer of hope that 'Story Mode' can turn the corner and be something good, maybe great. For the moment, however, it’s firmly in the "decent" range. 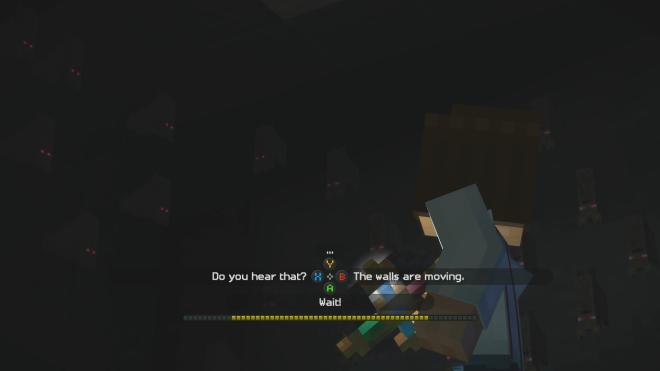 Between the mob grinder and the Endermen fiascos, this is the most 'Minecrafty' episode we’ve seen so far. In spite of the limitations of the signature pixel blocks, Telltale is fashioning interesting and pretty settings. From a technical perspective, the game hums along without many snags. 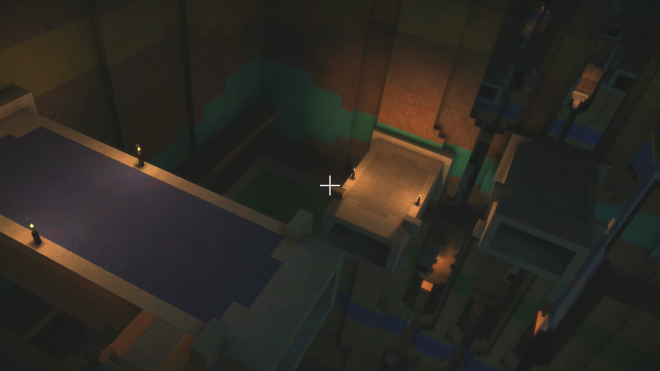 Voice acting continues to be pretty good - believable, but with a dose of sarcasm. Many sound effects are lifted straight from the original game. The music is the familiar pensive keyboard, but with its own charm.

Little to no replay value at this point, as there haven’t been many big decisions. Unlike the previous episode, there are no story choices that lead to missed achievements. 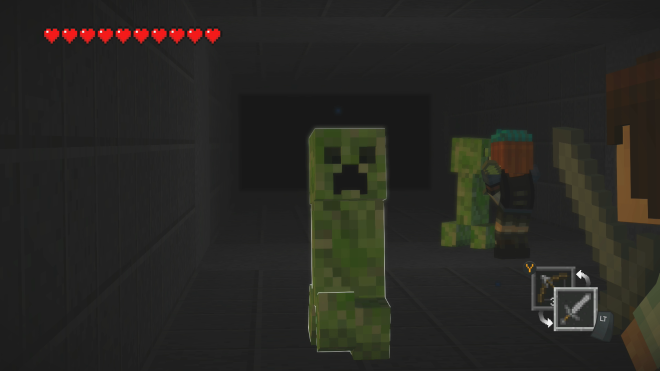 I’m keeping my expectations in check for 'Minecraft: Story Mode', but I can’t shake this nagging suspicion that we’ve seen the best the series has to offer, in 'Order of the Stone'. The characters and their motivations just can’t seem to keep me invested. At any rate, we’ll be sticking with the season until the bitter end, hoping for redemption.