The Game Itself
2.5 Stars
The Video: Sizing Up the Picture
3.5 Stars
The Audio: Rating the Sound
4 Stars
Replay Factor
2 Stars
Bottom Line
Skip It

'Assembly Required' is the second episode in the 'Minecraft: Story Mode' series by Telltale, following quickly on the heels of 'The Order of the Stone'.

I wasn’t expecting another 'Story Mode' episode so quickly but duty calls, by gum. 'The Order of the Stone' was a great introduction for the new series, with lots of energy and gusto and funny characters. It also exhibited Telltale’s habit of making tough decisions, although this is a rather kid-friendly series on the whole.

Last episode we met Gabriel, a member of the venerated Order of the Stone. Made up of expert craftsmen and warriors, the Order was responsible for destroying an Ender Dragon many moons ago, and our hero Jesse needs to recruit them to battle a huge monster. 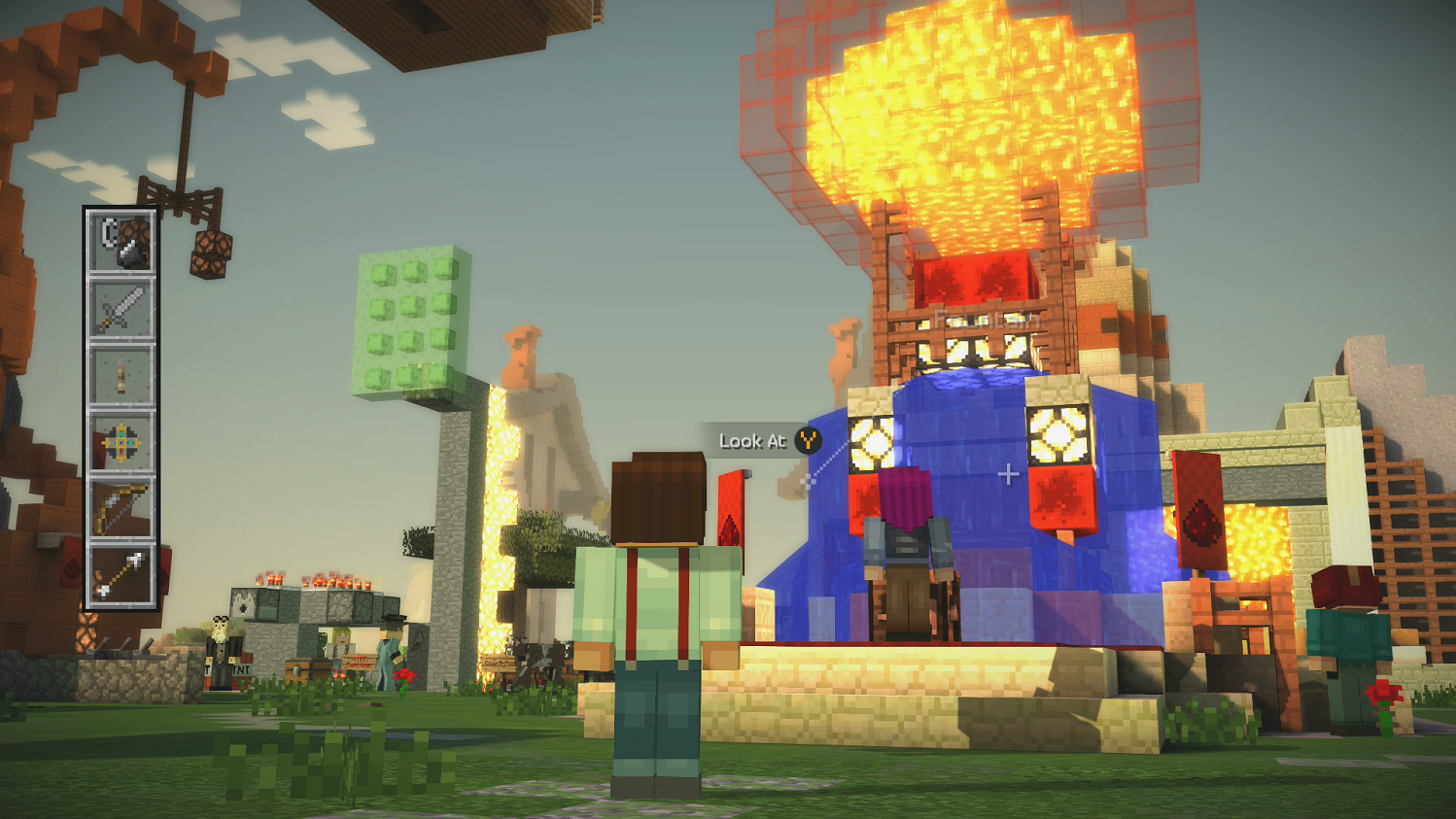 This episode differs different depending on which friend Jesse chose to accompany to find the Order crafters. Olivia goes after Ellegaard, while Axel searches for Magnus. Unfortunately, not only are the Order members scattered to the winds, but they don’t really get along with each other. Actually, as Jesse and company are quickly learning, they are kind of egotistical, pompous d-bags. They are not prepared for something of this magnitude, and so Jesse must become a hero in his own right. 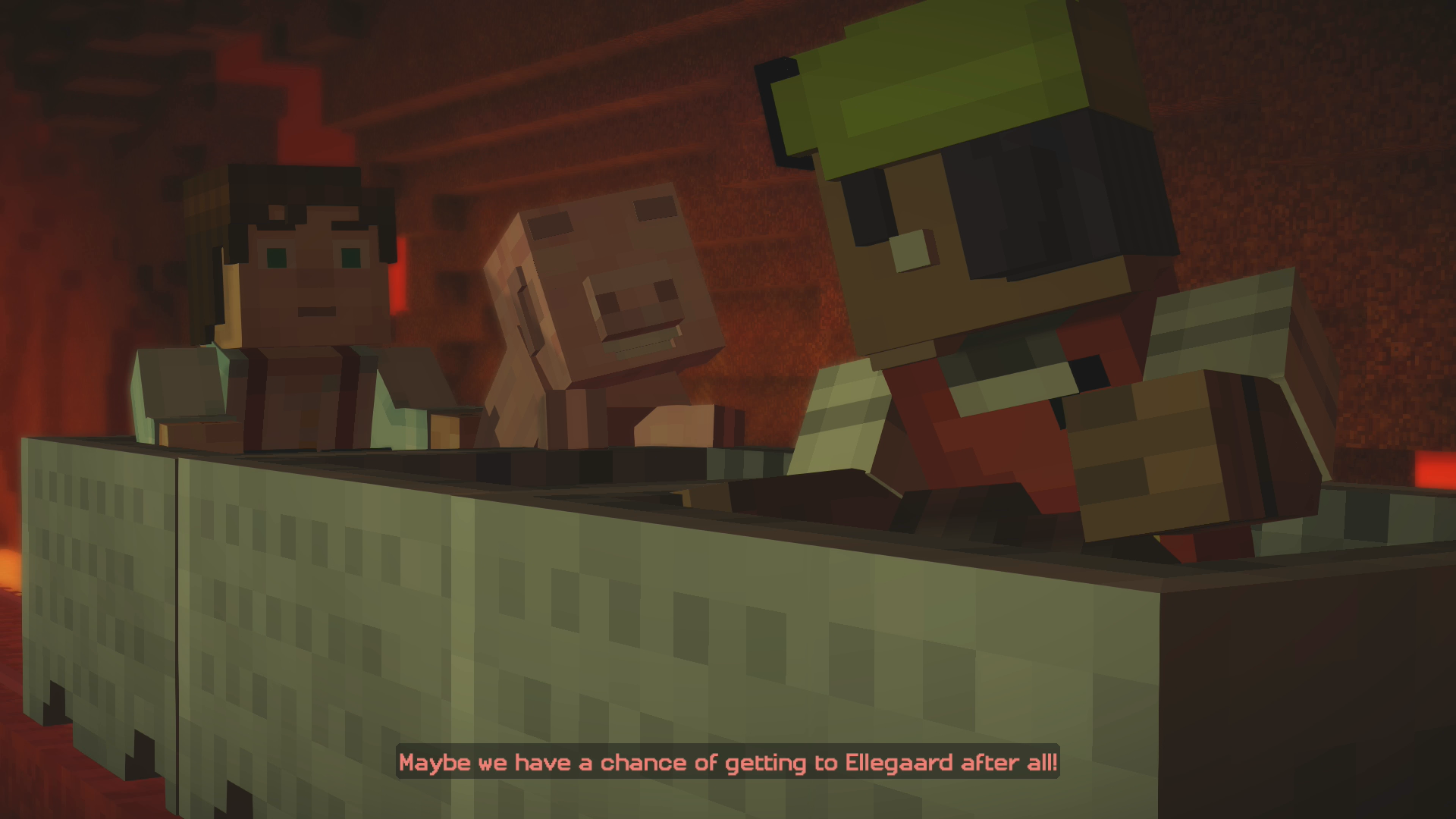 It was shaping up to be a decent coming-of-age story, especially as Jesse establishes himself as the leader of this motley collection of has-beens and wannabes. Sadly, 'Assembly Required' falls short of the lofty standards that Telltale has set for itself with previous releases. The episode is short, scant more than an hour in length, and does little to engage the audience. While adventure titles are not known for their incredible gameplay, what they should have is a connection with the player - a little bit of personalization in the beginning, tempered with big decisions and dramatic turns as the series goes on. 'Assembly Required' doesn’t really have any of that.

What it does have is a lot of petty bickering between the characters as they court Jesse for his favor, wheedle for compliments, and act very passive-aggressive in general. I like when video games remember my choices, but this episode gave me the feeling that we’re headed towards a reality TV show outcome where one of our heroes is going to be voted off of the island based on their popularity, or lack thereof. I was hoping that perhaps the burgeoning rivalry/friendship between Jesse and Lukas would develop, or the relationship between Jesse and Petra. There’s still time for all of that of course, but after playing 'Assembly Required', I didn’t really know any of the characters any better. 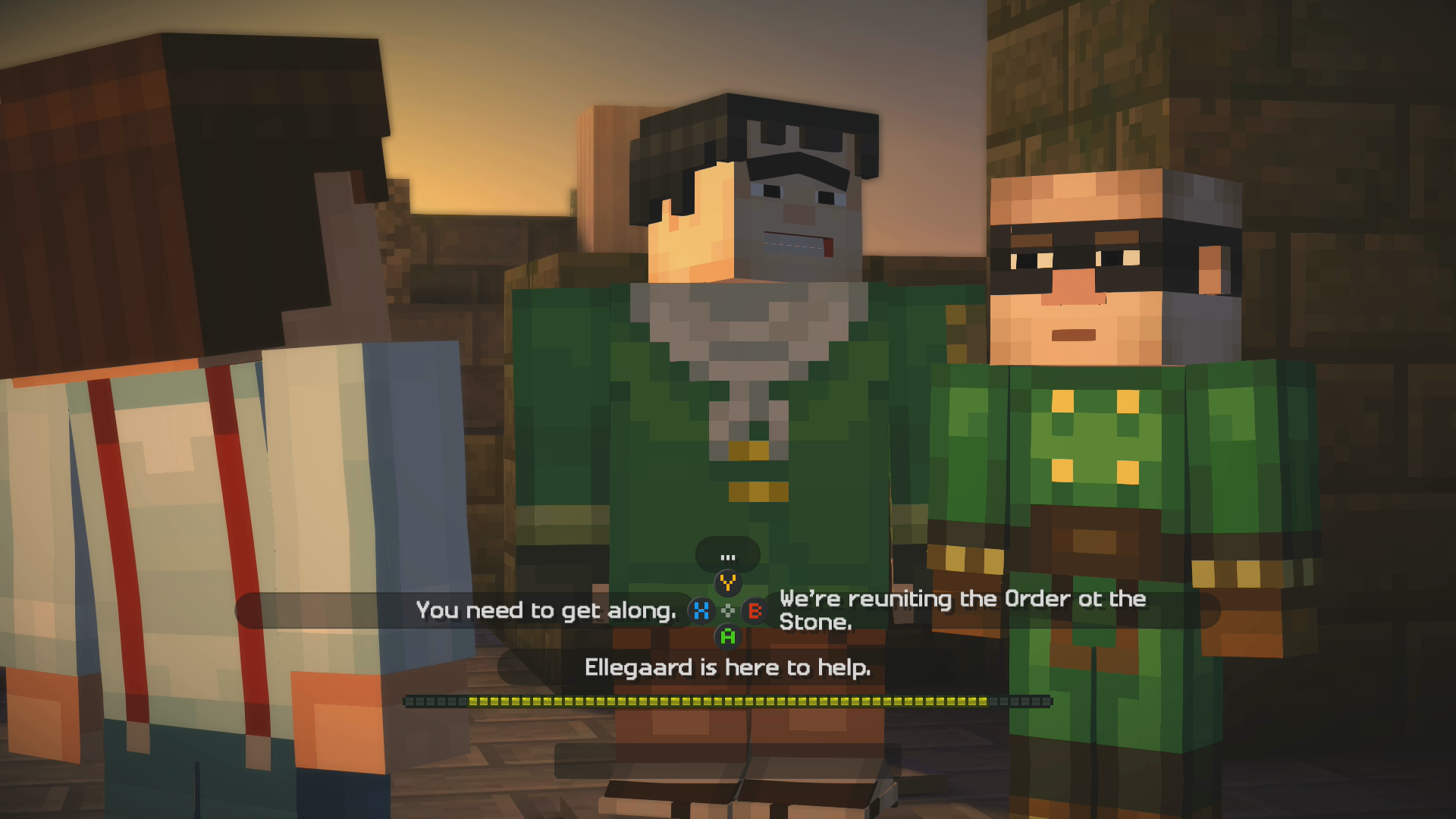 The puzzles are still pretty weak, with most of them just requiring a few button presses, and are more of a quick time event than anything else. There is little crafting to be had in this episode, such as it is (arranging raw materials on a grid with the pattern right next to it). Even the action was limited to a recycled fight with zombies and some running from a collapsing bridge. 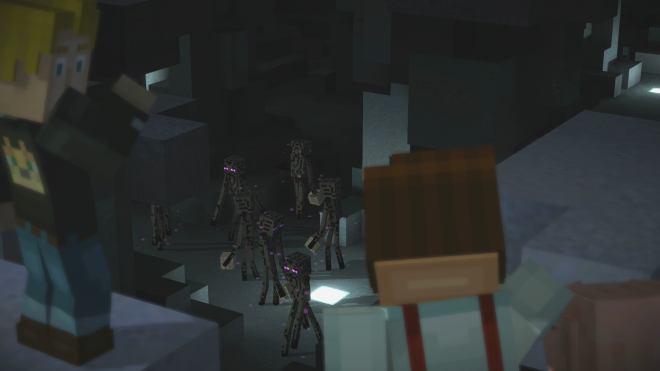 Despite the issues in the narrative, I still really enjoy the big blocky set pieces that Telltale comes up with. The Order's temple, Ellegaard's redstone laboratory, even the garden variety mountains in the distance are all signature 'Minecraft'. It may not be advanced on a technical level, but in terms of nostalgia and enthusiasm/nerdiness, it's delightful. The character models are entertaining too, with their wide, cheesy grins and crestfallen rectangle eyes. 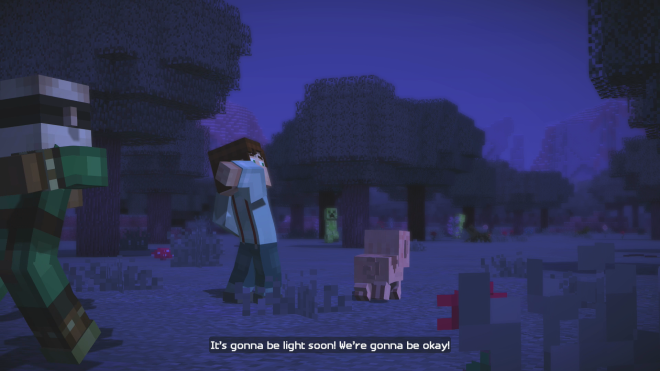 I don't have much enthusiasm for Ellegaard as a character, but she does have a good voice actor (Grey DeLisle, who also plays Catwoman in the 'Arkham' franchise). She is just the right amount of self-interested and helpful. Patton Oswald has a much smaller role in this one, as does everyone else because of the short running time.

This is a relatively weak episode and therefore is less attractive to replay, unless you want to experience tracking down both of the Order of the Stone members. It can’t be done in one playthrough. 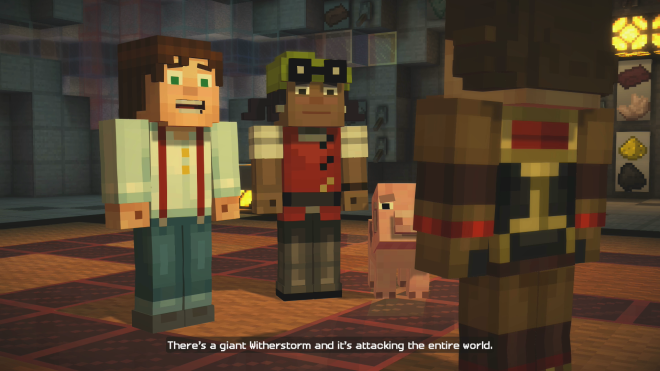 'Minecraft: Story Mode - Assembly Required' came so quickly after the first that I can’t help but wonder if it was rushed. Parts of it seem that way - the duration, the weaker script, the lack of entertaining interactions. It’s almost as though the episodes were created by different people. It’s still early in the season though, and Telltale has some time to pull it together.