Razer Ripsaw reviewed using a Windows 10 PC and a variety of consoles, including the PS3.

The Ripsaw is an external capture card from Razer, an American company specializing in console and PC peripherals. It is their first foray into the capture card market. Some of their previous products include a digital microphone and a webcam, both intended for use by streamers. We tested the card with the Xbox One, Xbox 360, PS4, and PS3.

The Ripsaw is approximately smartphone-sized and very lightweight, clocking in at a meager 6.6 ounces. It has a slick shell with a fancy LED, grippy honeycomb rubber on the bottom, and Razer’s distinctive heraldry on top. Despite its small size, it has a great deal of hardware built into it, and runs hot enough to almost make me want to get a little cooling pad for it. It has a bevy of ports tucked into its little frame - HDMI in and out of course, but also A/V, two 3.5mm audio jacks (one each for a microphone and music), and a high-speed USB 3.0 port. 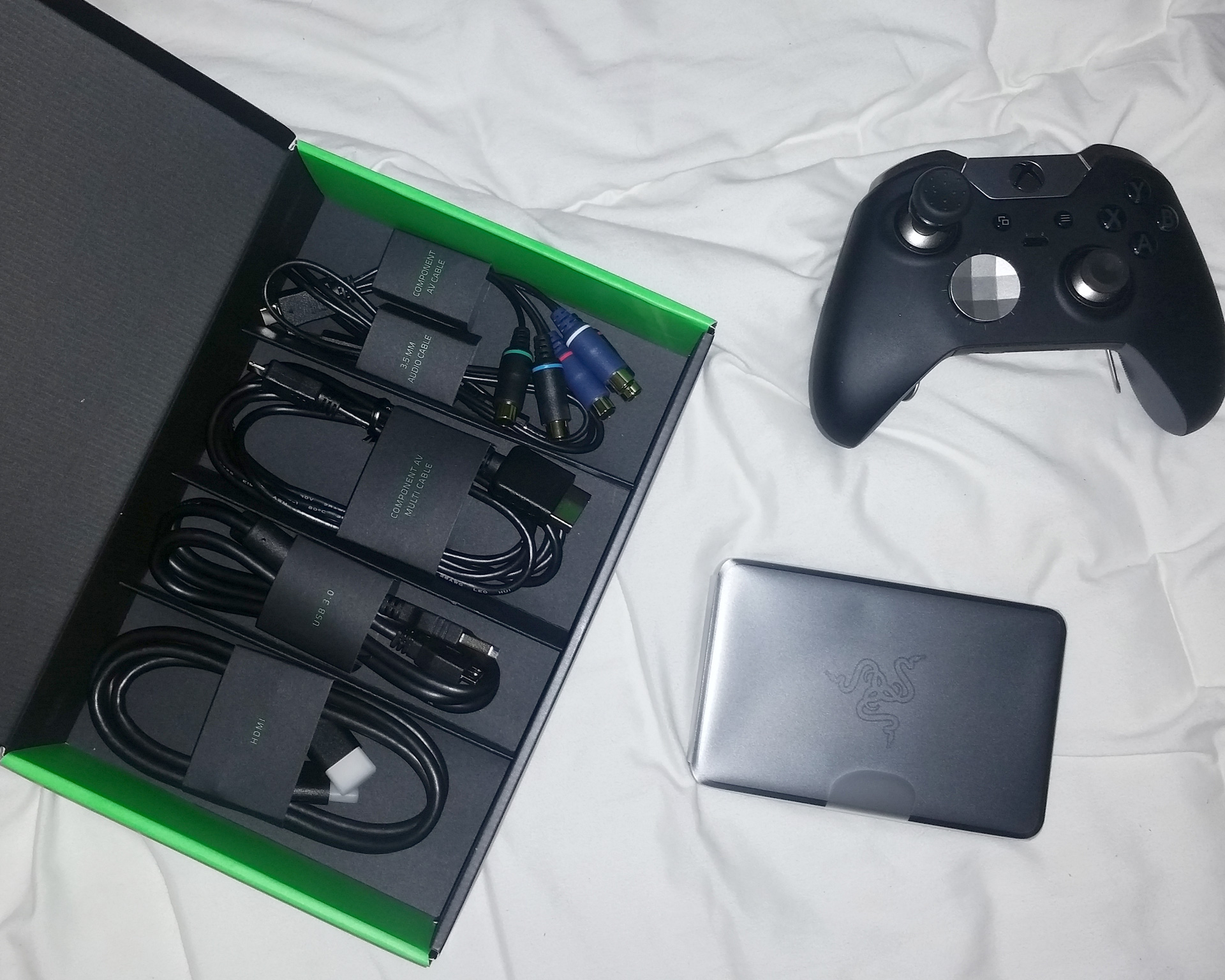 I first tested the Ripsaw with the Xbox One, my console of choice. As promised, it was a plug and play setup experience. HDMI in from the console, HDMI out to the TV, USB in to the laptop, good to go. I already had both versions of Xsplit’s streaming and capture software (Broadcaster and Gamecaster), not to mention OBS (Open Broadcaster Software, open source program from OBS Studio), so I was ready to roll on that front.

Unlike my previous card, the Elgato HD, the Ripsaw does not come with its own media software - a third-party application must be used to operate its functions (it does use Razer’s lightweight Synapse program for updates and basic configuration). I have done some light streaming so I am familiar with Xsplit’s catalog, and OBS is functionally similar to the Xsplit Broadcaster. The Broadcaster is intended for more professional streamers, as it can host a multitude of apps simultaneously. The Gamecaster is much more simple to use and probably sufficient for the vast majority of amateur streamers, including someone like myself whose eyes glaze over when dealing with the scenes format of OBS and Broadcaster.

With the Xbox One and 360, I had little issue recording and streaming vast amounts of data. The Gamecaster software is easy to use for both purposes, and even has a decent screengrab feature. It permits full use of the Razer up to 60fps, and the USB 3.0 connection means that there is little, if any latency. While playing, I had a helper on the laptop to handle the recording work. She watched me play in realtime with no visible or audible lag, something that we're not accustomed to with cards, including the Elgato HD60.

I had some friends watch me stream, and we all agreed that the video and audio conversion is top notch. Few frames were dropped, and the visual quality was nearly perfect. I prefer to use a USB headset for voice, but the audio jacks in the front of the Ripsaw work just fine. Using a USB gave me more options with Gamecaster and the quality is high, so that should not be an issue for streamers. Of course, the Xbox One’s current line-up doesn’t have a huge amount of 1080 by 60 games, so the Ripsaw definitely provides some futureproofing. 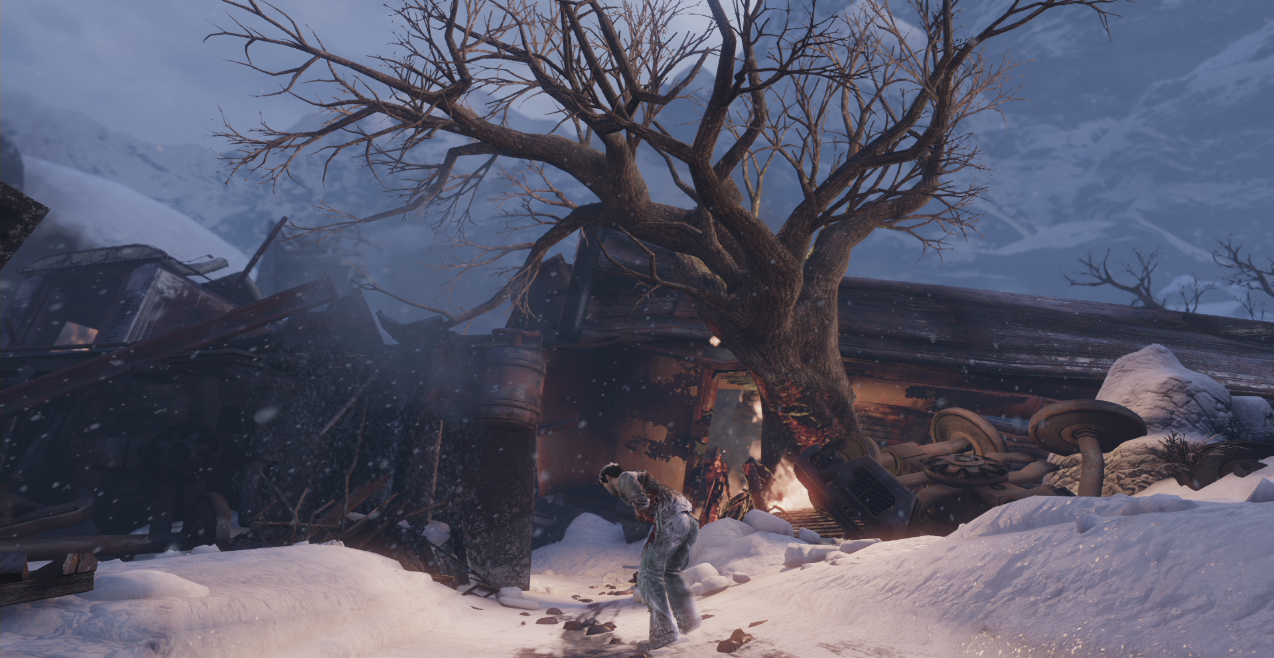 Things got a bit more tricky with the PS4. It still worked after a fashion, just required some more gymnastics, mostly of the up-down, check cables, switch HDMI ports, turn the console on and off variety. The PS4 has a high-bandwidth digital content protection (HDCP) switch that most gamers probably have no need to mess with, but it must be deactivated before it can be used with the Ripsaw. The Xbox has a similar feature, but it operates dynamically - if I try to watch Netflix with my capture card plugged in, it goes all haywire. Once the PS4’s HDCP switch was off, and all of my cable connections had been cycled around, we were ready to go with much the same experience as the Xbox family. There are many more options for 1080 by 60 on the PS4, and not just multiplayer components, so I had a blast playing around with visuals that looked and played identical to what had been happening on my TV. There is one caveat - for reasons I could not sort out, there is about a second’s worth of audio delay on the PS4 raw video when using Gamecaster. That makes watching the videos on YouTube somewhat impractical. When I recorded with Broadcaster, the sync was perfect, although the audio was a bit tinny.

Update from the Editor:

The Ripsaw worked well with the PS3. The initial setup, from opening the box to streaming took around 20 minutes, and that's mainly because I needed to install the Razer Synapse software, which then needed to update. Doing that provided the driver needed for the Ripsaw and the laptop. The Ripsaw has a component breakout cable, but more importantly, included with the Ripsaw is a special cable which connects directly from the PS3's AV Multi Out to the Ripsaw. The Ripsaw is then connected to the PC by USB 3.0 and to the display (or AVR) via HDMI. (Even without a driver, the USB connection is needed to power the card and thereby, the passthrough.)

After making the connections, I booted the PS3 (phat 'MGS4' model) by holding the power button for a few seconds until the system beeped once. The PS3 then recognized the AV Multi Out, but defaulted to composite, which was still visible via the HDMI connection to my home theater. In the Display settings on the PS3, I changed this from composite to component and 1080p.

Thus, the display side was ready. On the PC in OBS, I followed these instructions:

From there, I was ready to capture, and was immediately impressed by the USB 3.0 performance, with which I could play directly in window. (Tested using a an i7-5500.) That's a game-changer, and considering it's an external card and thus works with the many laptops that I tend to use for this kind of stuff, this is an easy card to recommend over the older USB 2.0 solutions. That the Ripsaw can also handle the PS3 makes it an undeniably versatile capture solution.

One issue that tripped me up in that classic PS3 way involved 720p games. When using OBS, games such as 'Demon's Souls' and 'Street Fighter III: Third Strike' need to have the Custom Resolution box checked under Device Selection/Video and to have the Resolution pulldown set to 1280 X 720. Otherwise OBS will show a "Signal Out of Range - Please adjust your resolution to supported range" in the capture window.

After playing with the Ripsaw on three consoles and over a dozen games, including some that will be reviewed for HDD, I began to miss Elgato’s proprietary software. It’s not perfect, but it does have basic video editing, still captures, and uploading services. There is no substitute for a feature-heavy and expensive service like what Adobe and its contemporaries offer for video buffs of all stripes, but many videos don’t need that - they just need a quick touch-up before being shipped out, and that’s something Razer doesn’t offer. However, if you’re sharp on Xsplit or OBS tech and either already have or don’t need heavy video editing capabilities, the Ripsaw is a slick and technically powerful capture card that will survive the rest of this generation, although for me it worked much better with an Xbox than a PlayStation. 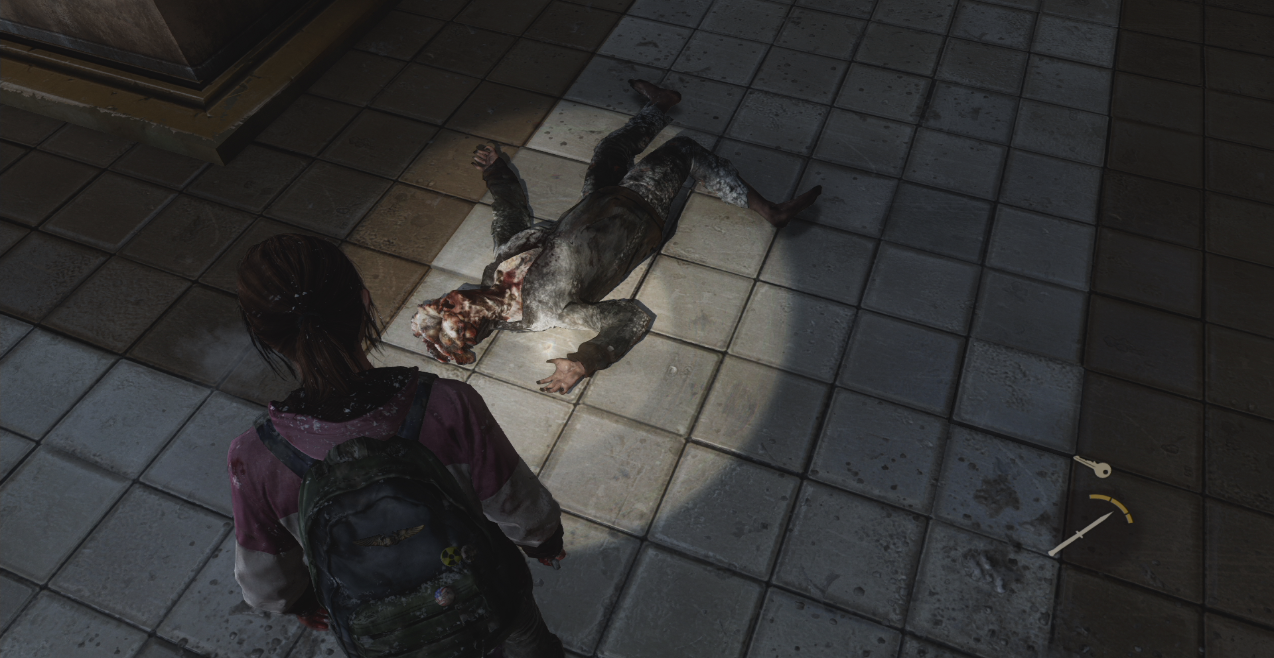 For streamers, who have distinctly different needs than game reviewers, the Ripsaw is pretty awesome. It is easy enough to use with eighth-gen consoles, and there is no arguing with the quality and latency it provides at an acceptable price point. Incoming tech like PlayStation VR raises some questions, but with games like 'Uncharted 4' and 'No Man's Sky' on the way, this card will certainly be able to handle anything important for this generation. The lack of accompanying software probably won’t be much of a problem, as active streamers will have already developed a skillset with streaming and video editing suites that the Ripsaw is compatible with.