The Game Itself
2.5 Stars
The Video: Sizing Up the Picture
3 Stars
The Audio: Rating the Sound
3 Stars
Replay Factor
2 Stars
Bottom Line
For Fans Only

'Cold Darkness Awakened' is the third and probably final season pass DLC for 'Rise of the Tomb Raider'. It follows the 'Baba Yaga' story expansion and the challenging 'Endurance Mode'.

'Cold Darkness Awakened' is in the expedition format, which is the challenge section outside of the base campaign. None of the content is available in the story itself, unlike 'Baba Yaga'. Instead, expeditions are a highly replayable arcade-like mode with lots of crazy modifiers and effects, where players can compete with themselves and others for high scores and other impressive statistics. 'Cold Darkness' constitutes its own expedition section and has a new map and other content.

While it’s not story content strictly speaking, the DLC does have its own narrative and characters. Lara’s local companions Nadia and Sofia assist her via radio as she drops into a remote facility deep in the Siberian woods (actually I imagine everything is remote in Siberia). An outbreak of Cold War bioweapon has mutated nearby Trinity soldiers into rabid, berserk creatures. Zombies, of course. These particular zombies are myopic but have an increased sense of hearing, which makes for strong stealth opportunities. I crept from bush to bush, backstabbing hapless zombies while making my way around the large map, looking for weapons and captives to liberate. The disease somehow only affects men, so Lara and the female hostages are conveniently safe from infection for the time being. 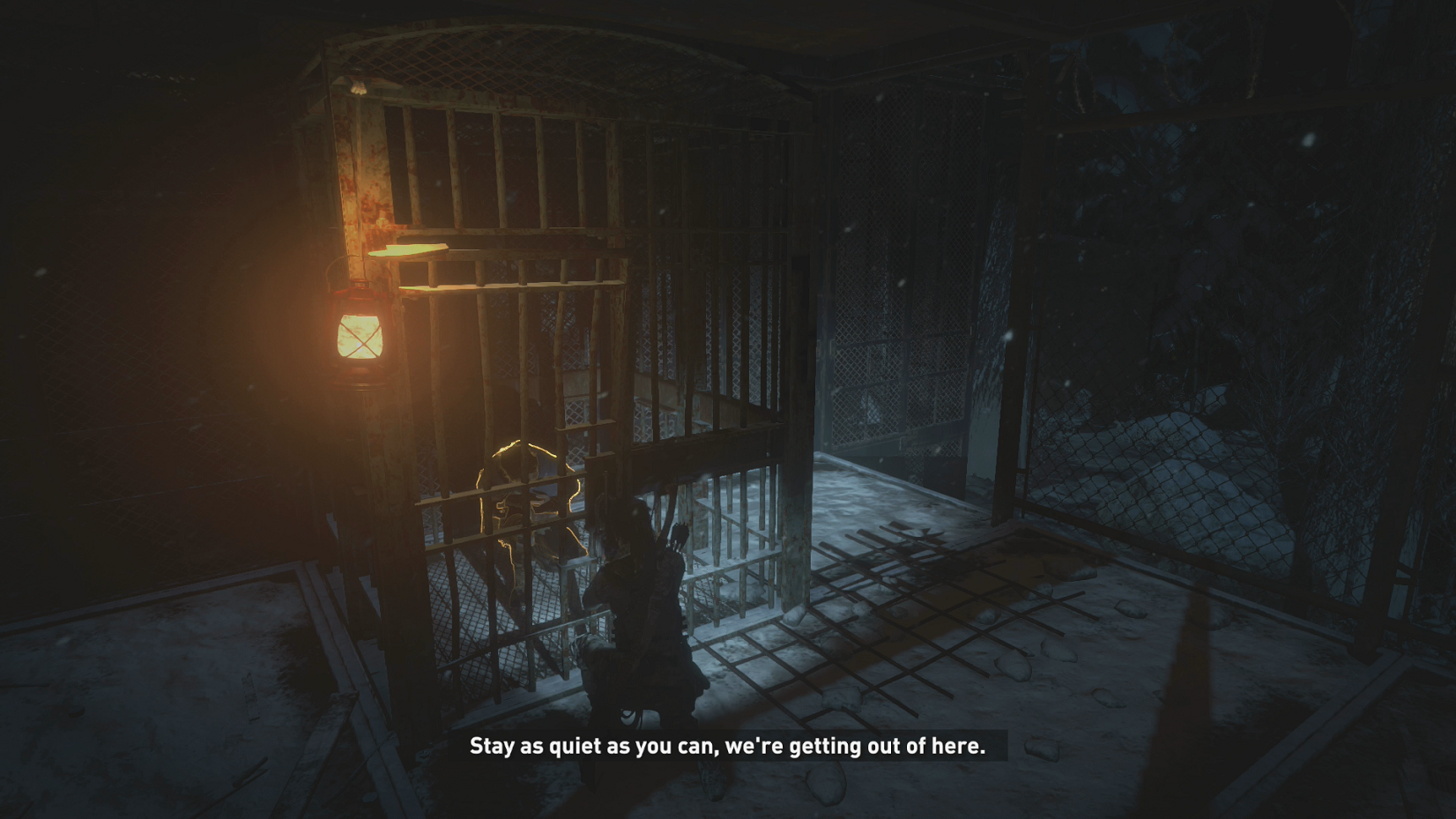 Saving the hostages and completing other side objectives rewards Lara with campaign skills. There is no experience or leveling here - Lara starts out with decent abilities, but finishing up the objectives is the only way to get more. Weapon selection is limited at first but more are identified by Nadia as I moved around the map, giving me some options. Shotguns are nice for zombies as always, considering how they like to simply rush the player character with no regard for self-preservation.

The main objective of the 'Cold Darkness Awakened' map is to open three sets of valves in outlying structures before blowing up the core facility, thereby ending the virus threat.The valve buildings have a set of engaging puzzles in a format that is new for the 'Tomb Raider' series. Nadia, reading from an instruction manual or something in her chopper, gave me a bunch of "if this, then that" commands. So if there were less than three blue pipes in the building, I had to pull down a yellow lever. If there were more than three pipes, I had to find a red pulley and jump on it. They are just little logic puzzles, but I had a good time running around the building and trying to figure out what kind of flags were on the walls. 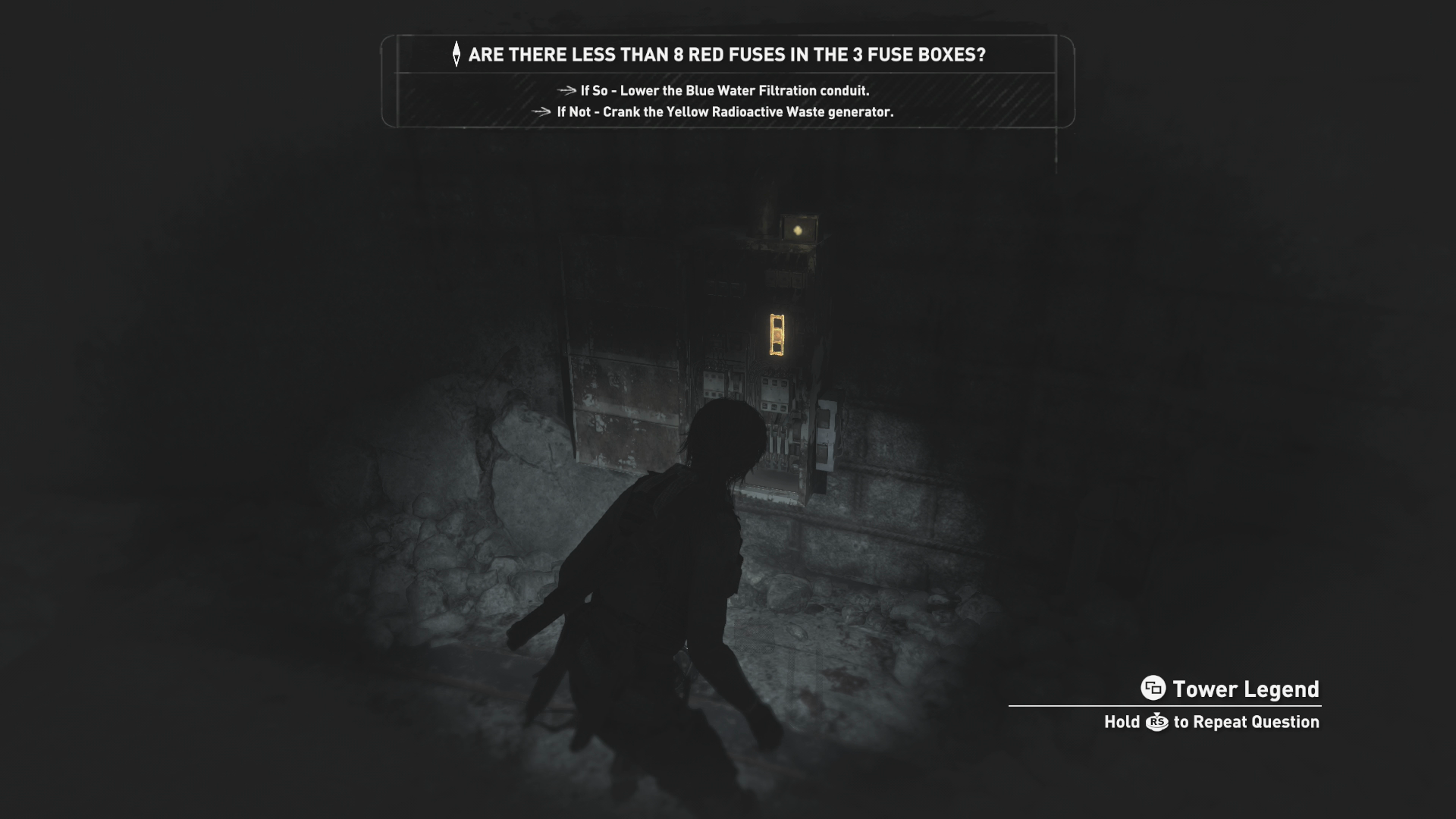 The final part of the mission, the core facility, is just annoying. I had to shoot a series of pistons while being chased in circles by endlessly spawning zombies. No finesse, no stealth, no cool puzzles, just zombies. This lame encounter aside, 'Cold Darkness Awakened' suffers from the same problem that plagues most season pass DLC: brevity. Even with the generally high replayability of expeditions, nothing in the pack compelled me to return after a quick hour of collecting guns and shooting zombies. It’s not that it’s sloppy or poorly crafted, it’s just that there’s not enough of it. Not to mention that in terms of zombies, familiarity breeds contempt. 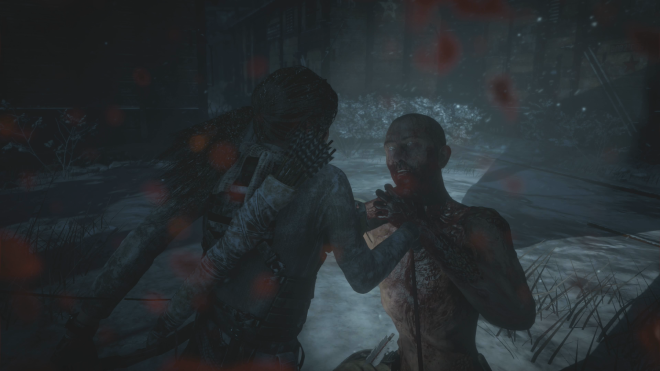 There is not a lot of newness here outside of the map itself, which is large and well-designed. There are plenty of hidey holes to wait for unsuspecting passersby. I wish there was more of a platforming element, because that is something that 'Rise of the Tomb Raider' did pretty well, but there are only a few ziplines and ladders. The zombified Trinity soldiers don’t sport much variety, and are limited to basic thugs, suicide bombers, and armored bruiser types. 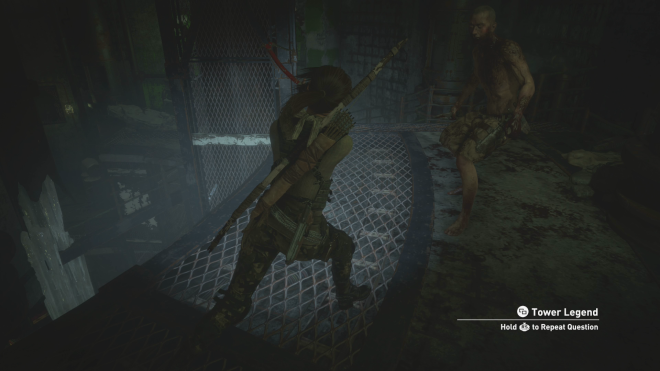 Lara and her friends deliver great performances, especially Nadia who is really in love with making a kind of hero squad, and recites her ideas for team names and callsigns over the radio while Lara is dealing with the serious business of virus destruction.

Expedition mode does offer lots of cards and modifiers for replays, but this DLC in and of itself only constitutes one map and short mission string, so hunting for high scores and achievements is only going to go so far. There’s only so many times I can pull down levers and jump on pulleys before I want to move on. 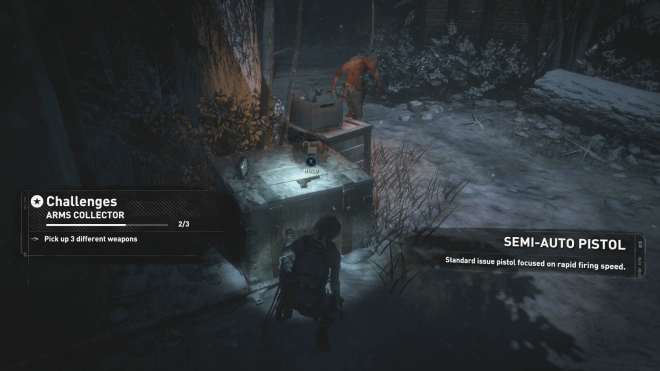 Taken by itself, 'Cold Darkness Awakened' is not a particularly convincing reason to purchase 'Rise of the Tomb Raider's season pass. For those who already own the pass, it’s not a bad way to spend an hour or two, but it probably won’t offer much more than that. It doesn’t offer enough freshness or gameplay to justify a separate purchase.