The Game Itself
3.5 Stars
The Video: Sizing Up the Picture
3.5 Stars
The Audio: Rating the Sound
4 Stars
Replay Factor
2 Stars
Bottom Line
Recommended

Song of the Deep

Insomniac Games is an American company probably best known for their 'Ratchet and Clank' series, but they've also done things like 'Resistance' and 'Sunset Overdrive'. Their new game 'Song of the Deep', available for Xbox One, PC, and PS4, is the first video game to be published by GameStop. Out of Insomniac's 200+ staff, only about 15 or so worked on 'Song of the Deep'.

'Song of the Deep' is a metroidvania, a 2D platform subgenre that typically includes large maps cordoned off into different areas, not all of which are immediately available to the player. As the player progresses through the levels and finds upgrades, they gradually gain access to every little nook and cranny on the map. In the case of this game, everything takes place underwater. The heroine is a young girl named Merryn who lives with her beloved storytelling fisherman dad. One day dad doesn't come home, and Merryn naturally sets about building a submersible and descending into the briny depths to find him. 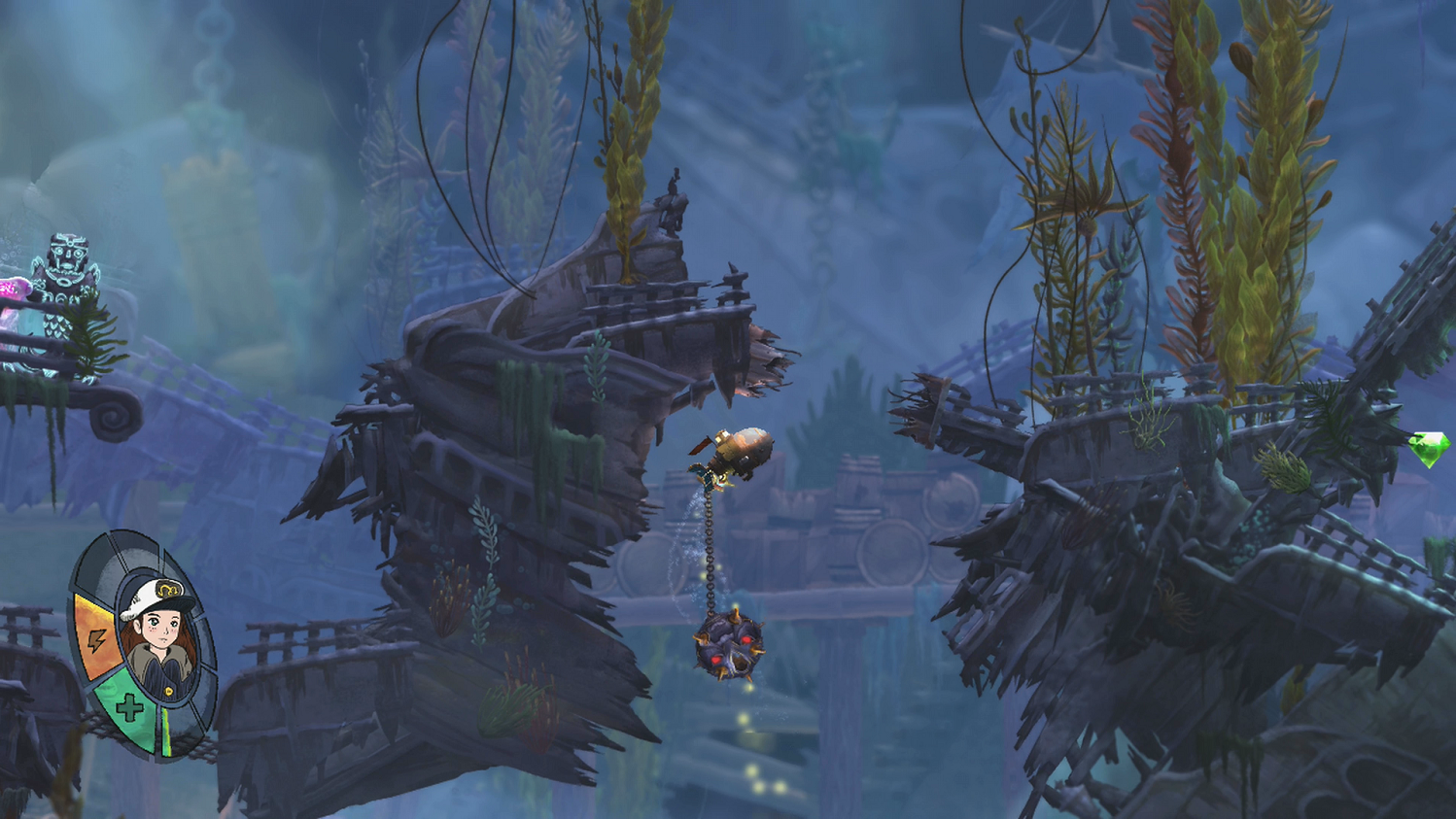 At first the sub is weak, with only a short grappling hook to its name. Before long Merryn finds piles of junk in the deeps (or purchases them from a convenient hermit crab merchant), which she uses to build upgrades, modest at first like a boost and headlights, with cooler stuff later like sonar blasts and specialized torpedoes. She uses these gadgets both for solving puzzles and for fighting off the less friendly denizens of the ocean, like surprisingly mobile jellyfish and mean anglers. 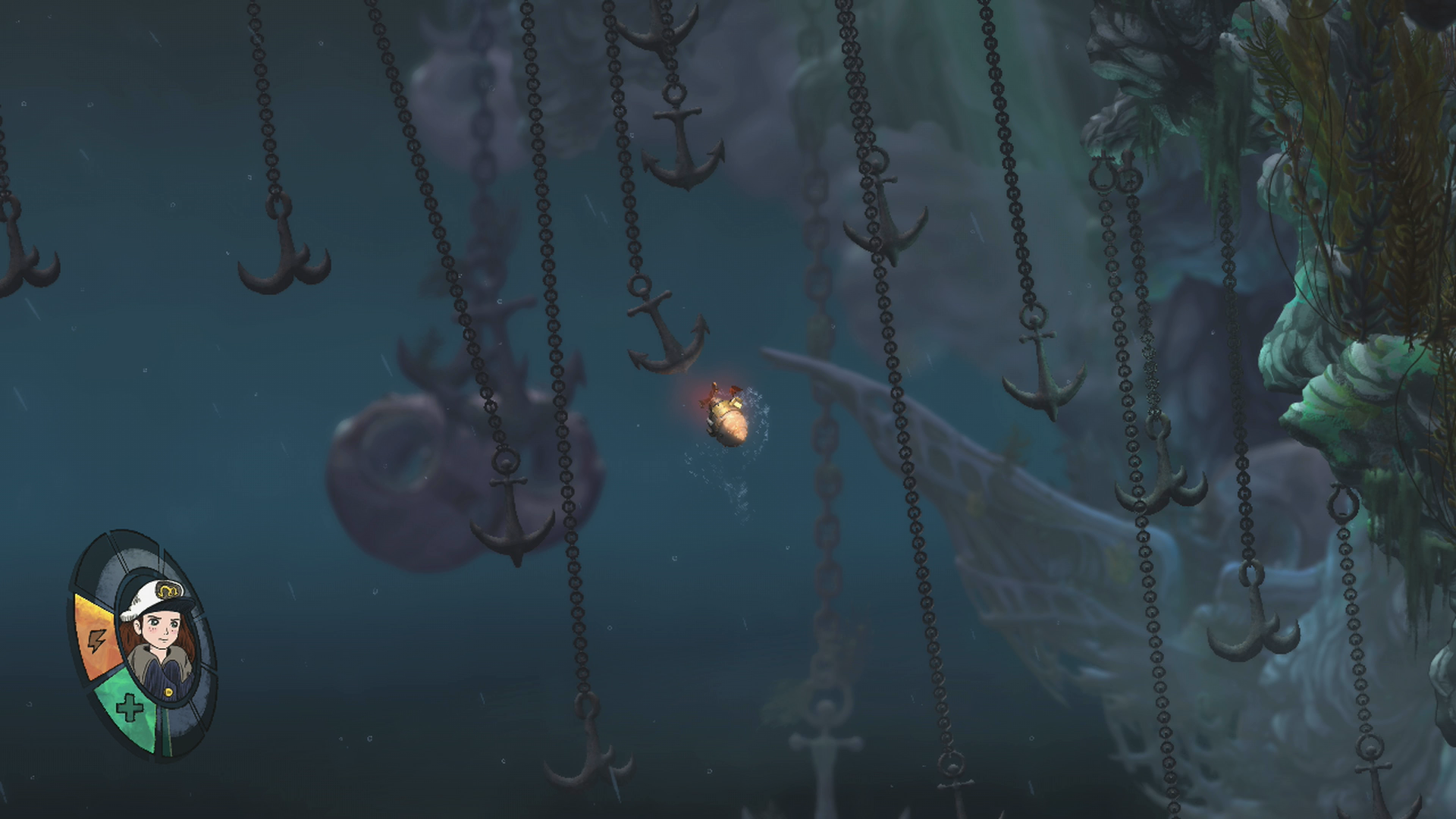 The combat works pretty well. There were more enemies coming at me than I had anticipated, yet individually they are weak and can be dispatched with a few well-placed hooks or a skillfully tossed piece of debris, like a hapless urchin I picked up and threw unceremoniously at an attacking jellyfish. Despite the success of underwater metroidvania submarine combat, the many monsters tend to become a nuisance during puzzles.

Oh, the puzzles. This is the main gripe I have about 'Song of the Deep,' and it's a pretty serious gripe as gripes go. Most of them are just not enjoyable in the slightest. For every puzzle that was perfectly balanced and challenging in a good way, like using the claw to slowly pull my way up a long series of anchors in a strong current, there are three that are damnably frustrating. The first problem child I encountered was a level where the sub had to transport an explosive device a long distance, through winding tunnels of coral and such, all the while being attacked by creatures. Dropping the device detonates it (and fighting is not possible when the claw is carrying something), as does even lightly brushing against anything at all. Imagine playing the board game Operation, but instead of only a few scant centimeters, you have to transport the little plastic organ through a football field full of people punching at you, and if they touch you, you have to start over. .After many attempts, I was not a happy camper and my previously pleasant seagoing memories began to sour. 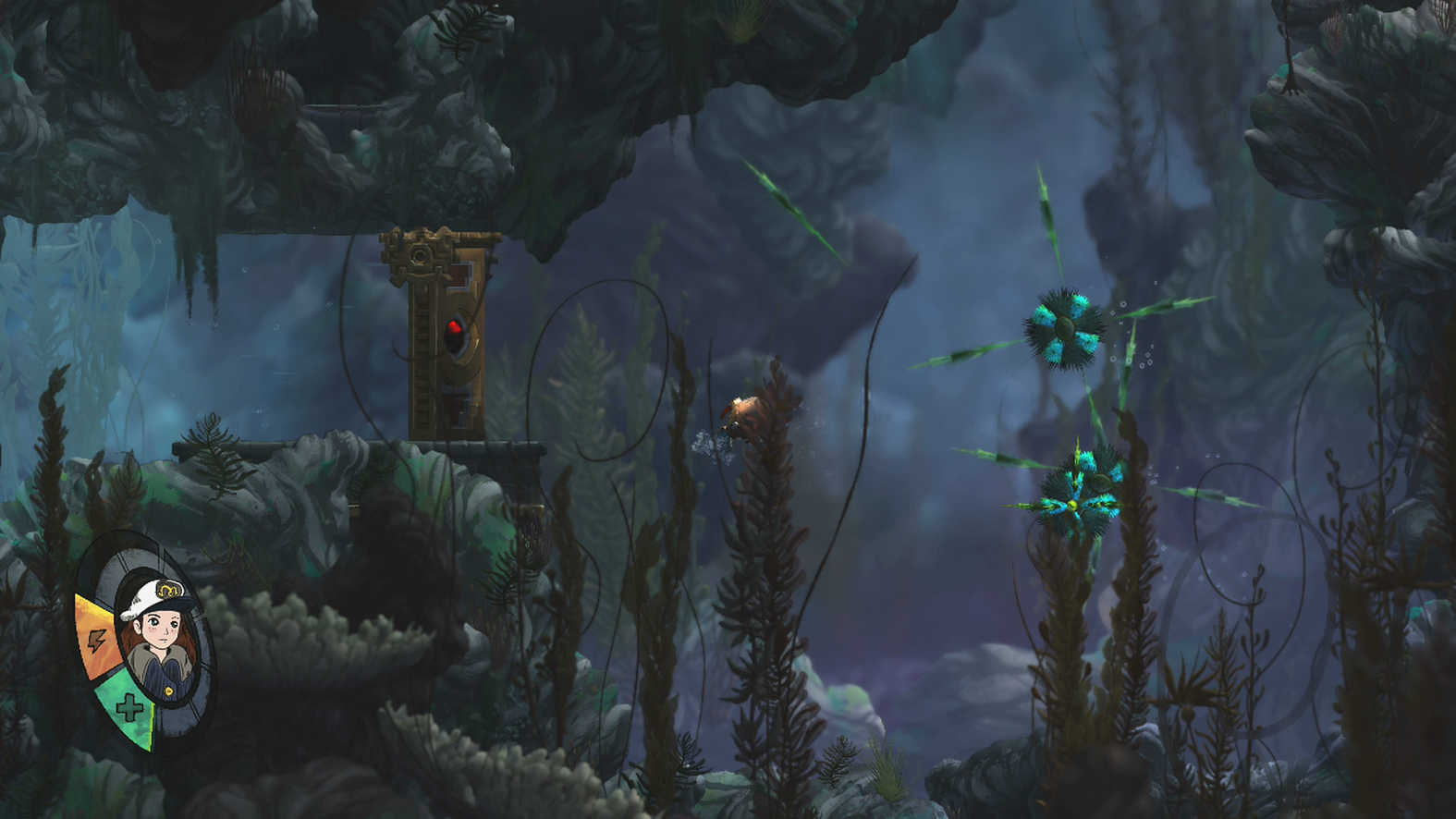 This wouldn't be so bad if the game were a bit more combat/exploration and less on the puzzles, but that is the state of things. Insomniac nailed most of the other stuff pretty well on the gameplay side, like interesting boss fights (somewhat uncommon in gaming in general, I would say) and a lot of diversity in the environments. However, puzzles aside, the story is irresistible and of course I wanted to help little Merryn find her dad. It's the kind of plot that would probably do great as a kid's storybook (actually Insomniac is doing just that), with friendly merpeople, vast shipwrecks, big scary kraken, and a universal theme running throughout: family. 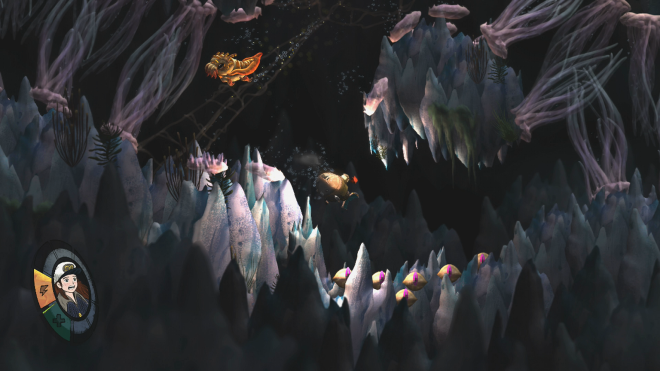 'Song of the Deep' looks very pretty with its 2D underwater environments. It doesn't sport the level of artwork of say, something like 'Ori and the Blind Forest', but is still nice. While the gameplay is 2D, the characters are 3D, and there is a lot of parallax going on in the levels. The drag of the submarine through the water gives it an extra element of challenge that comes through in the combat. The bad news is that the framerate gets choppy during some of the more fast-paced scenes, creating even more problems for the troublesome puzzles. 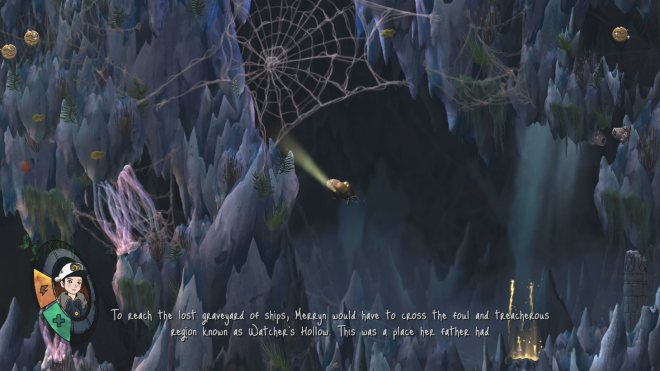 The music is from Jonathan Wandag, who has worked on several of Insomniac's social/browser games and also does stuff like the 'Hunie' series. It is minimalist fare, sometimes eerie and often orchestral, usually adding more to the immersion of the ocean than detracting from it. The other sound effects are of a good quality. The Irish narrator does an excellent job of carrying the storyline, although it is a simple, timeless story that is easy to tell.

'Song of the Deep' doesn't have much in the way of replay value other than a slightly higher difficulty level; even the achievements are dry. It is a pretty large map as metroidvanias go, though. 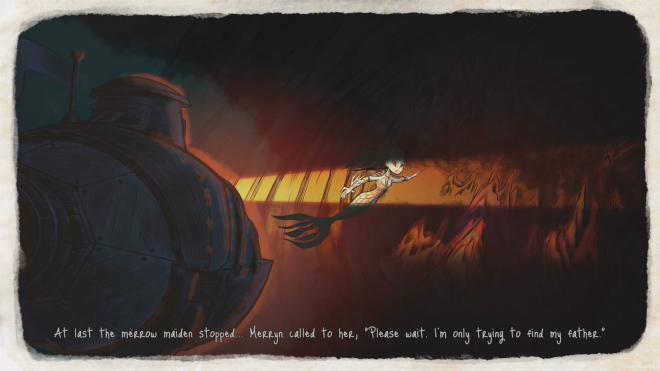 Despite stumbles in its gameplay, I am a sucker for sappy stories, and that is what 'Song of the Deep' should be played for. There are many other games that provide engrossing, replayable platforming and puzzles, but with less warmth or none at all. I enjoyed my time with Merryn and her submarine but we sure did bicker a lot.