The Game Itself
3.5 Stars
The Video: Sizing Up the Picture
3.5 Stars
The Audio: Rating the Sound
4 Stars
Replay Factor
3 Stars
Bottom Line
Recommended

'Nuka-World' is the sixth and final piece of DLC for last year's 'Fallout 4'. It joins other season pass content like 'Far Harbor' and 'Automatron', and its content can be accessed once the main character reaches level 30.

Nuka-World is another map added to the Commonwealth, like Far Harbor. It lies to the west of the vanilla map and is guarded by a gauntlet of traps, locks, and enemies, fittingly called the Gauntlet. It caught me off guard and I was pleasantly surprised by its length and challenge. The boss fight at the end was brief and a bit derivative, but still entertaining, especially for the novelty of fighting in a powered bumper car ring.

After that bloody introduction I was properly welcomed to Nuka-World itself, the Disneyesque theme park of 'Fallout's beloved Nuka-Cola beverage (without which post-apocalyptic currency just wouldn't be possible). It's very dilapidated and now sits in the greedy hands of not one but three different tribes of raiders, who have banded together for mutual protection under the self-proclaimed Overboss. The previous Overboss, Colter, just happens to be the electrified, power armored megalomaniac in the bumper car ring, so there is now an opening in that particular position, and for some reason these raider gangs have decided that my Survivor would be just right for the job. They set me up in my new digs at the top of a mountainous restaurant overlooking the park, and have a lot of expectations for me. 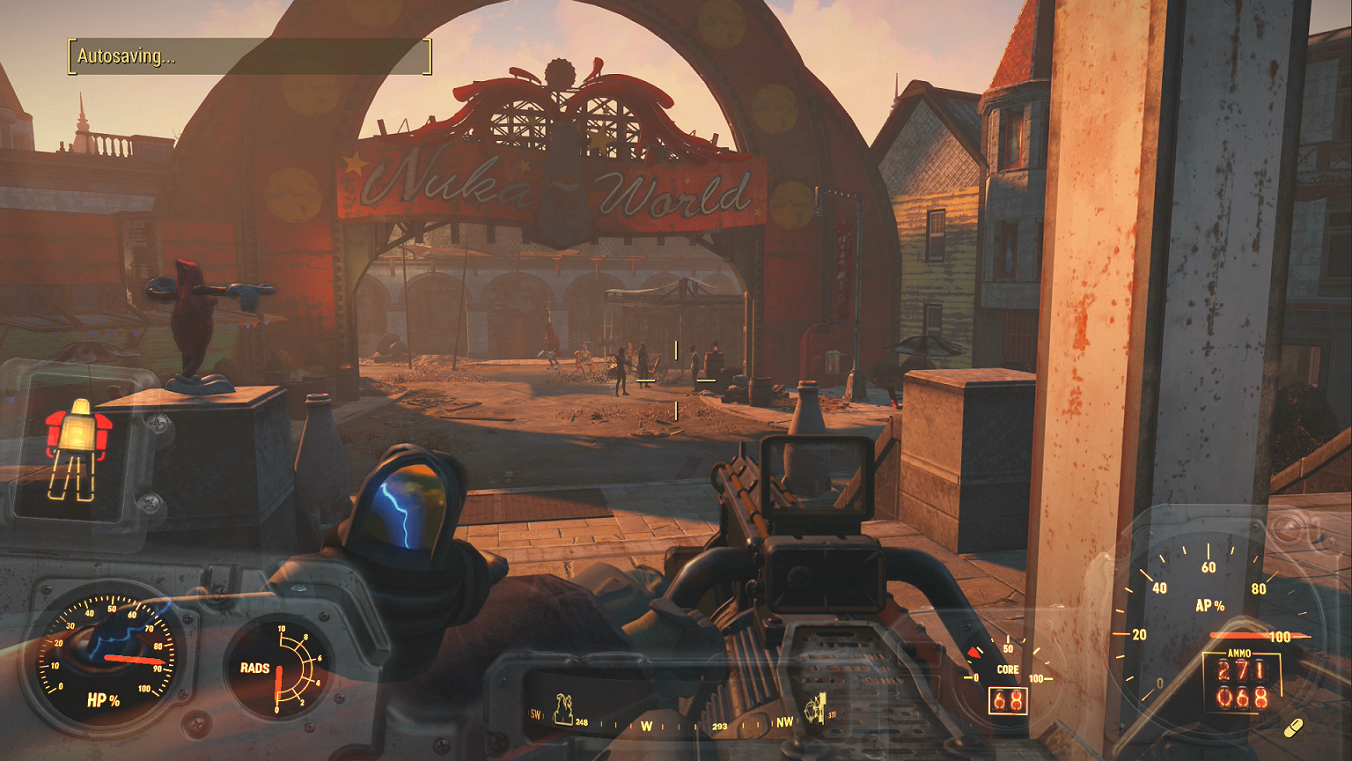 In addition to having a curious executive selection procedure, these raiders are a particularly lazy bunch. They live in the small central hub of Nuka-World, which has been converted into a makeshift market, and can't be bothered to clear out all of the different wings of the park. This includes Safari Adventure, Dry Rock Gulch, Kiddie Kingdom, and other parodies of amusement parks, all filled to the brim with irradiated monsters and other horrors. These quests are low-hanging fruit in terms of gameplay, being mostly limited to shooting, with the occasional NPC interaction. Some of my best experiences in the 'Fallout' series have not necessarily been during combat, so hours and hours of shooting at reskinned and over-leveled monsters can take its toll. 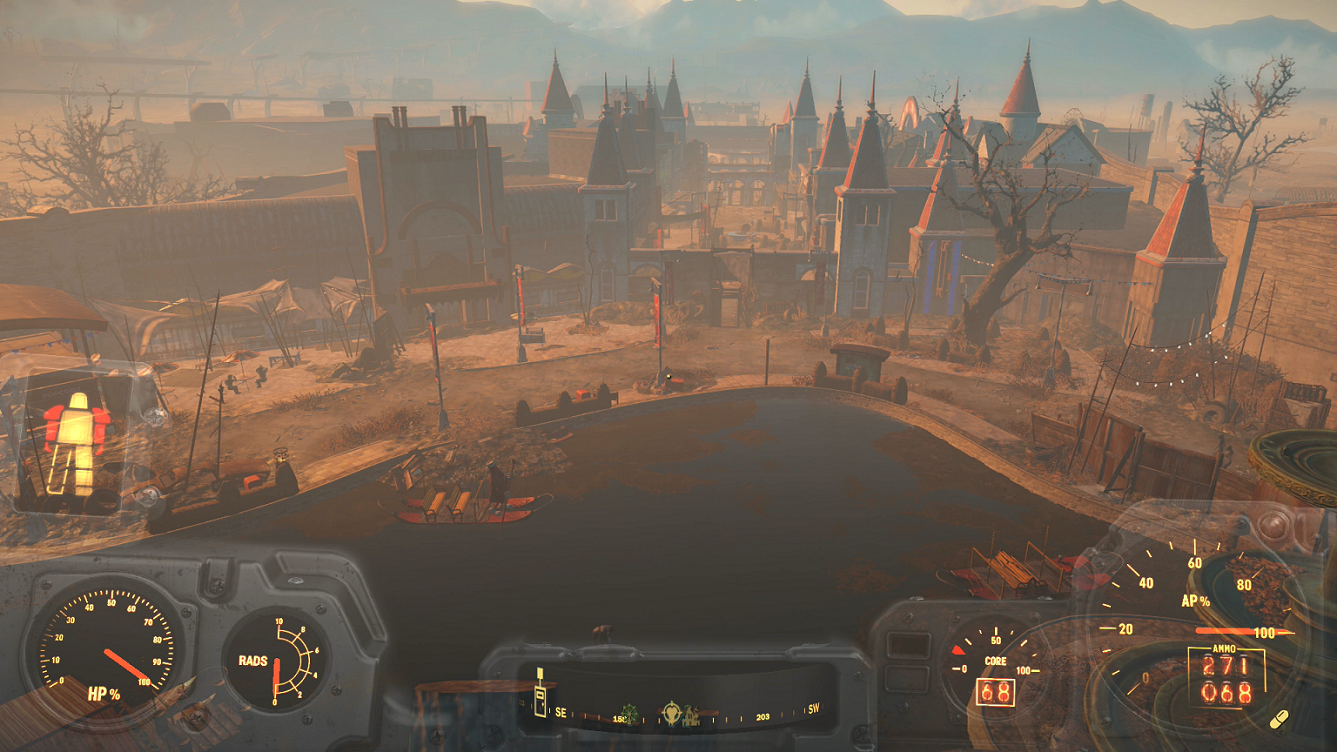 Once the park is clear and the raider tribes mostly in cooperation, it becomes possible for the Sole Survivor to initiate attacks against Commonwealth settlements. In my case, because I spent a bit of time building up my community, these attacks are often against my own people. They can be massacred or coerced into supporting the raider cause, but because the base game already allows settlers to peacefully accumulate caps and junk for me, what's the point? Settlers are soft targets anyways, equipped as they are with weak pistols and little to no armor. 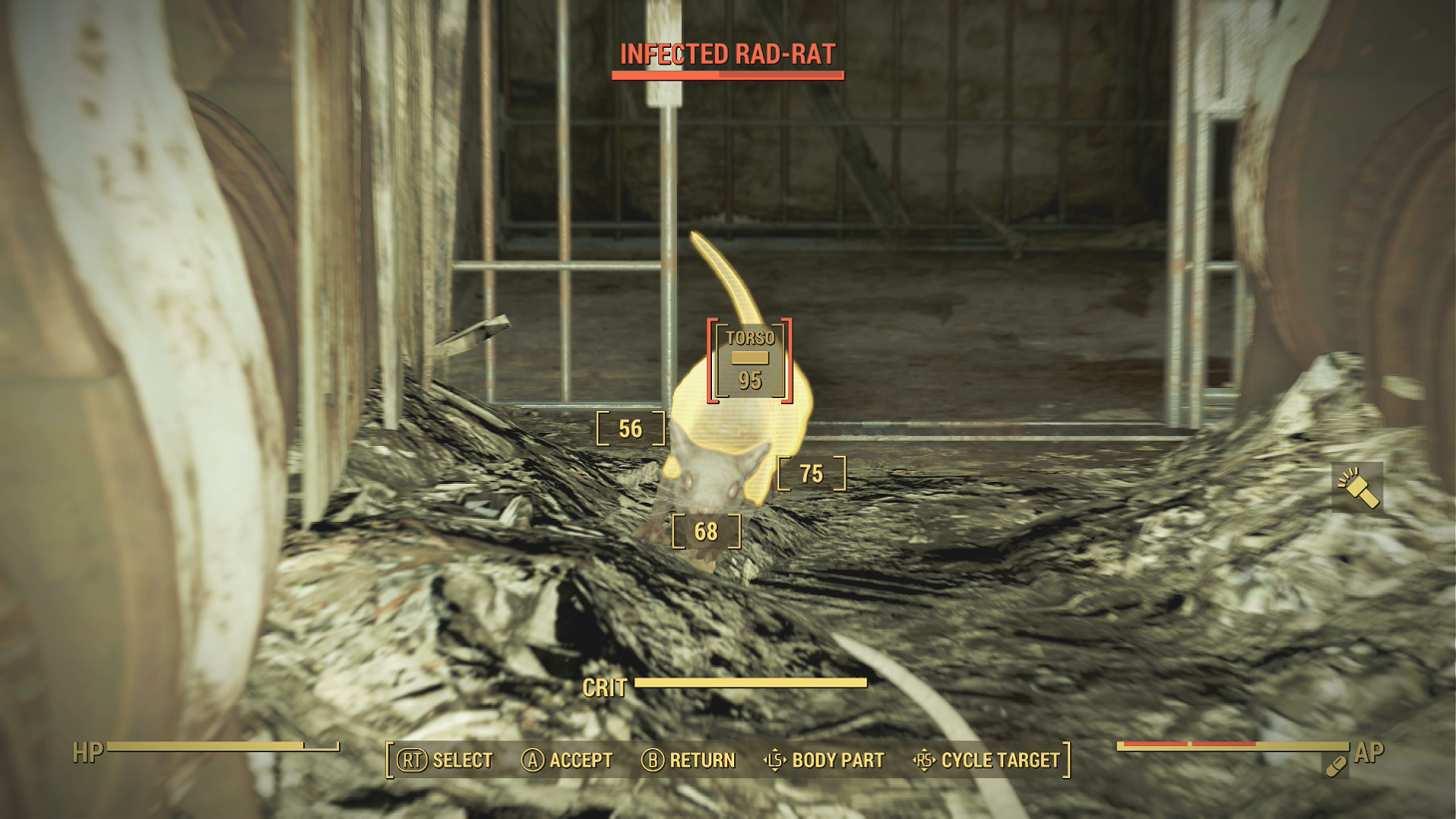 The best part of 'Nuka-World' is exploring the park itself. The item collection and other rote side quests are formulaic at this point, but the area is infused with the wacky, retro charm we've come to expect in the wasteland. As one raider eloquently observes: "These people were letting their kids be sprayed down with Nuka-Cola? What's wrong with them?" There are lots of weird and interesting things to find here, like N.I.R.A. the rude robotic tour guide, the super campy Galactic Zone, and more flavors of Nuka-Cola than I could have ever imagined. A new crafting table even lets players mix and match their own recipes of Nuka-Cola to their heart's content, each with its own reagents and effects. Then there are the weapons and armor, including cola grenades, the "Commie Whacker", and a beautiful set of Nuka Power Armor, bless them. 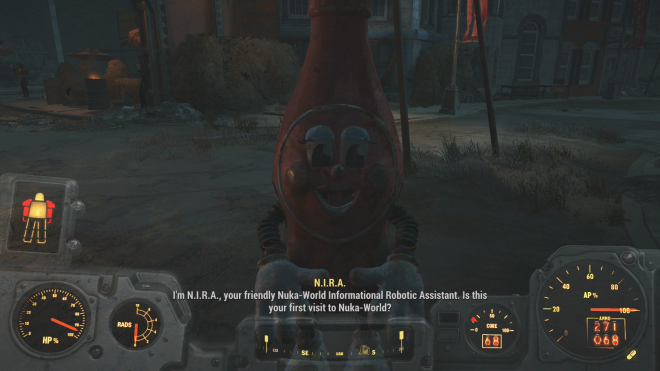 Many of the monsters are reskins of existing models or otherwise very similar, like the radrats and gatorlurks. There are a lot of new assets on display in the park proper, however, all in line with the awesomely cheesy Nuka-Cola motif. The park is also suitably impressive. Performance is smooth except for the Gauntlet and some of the different zones, which contain so many explosions that they bog down the framerate. 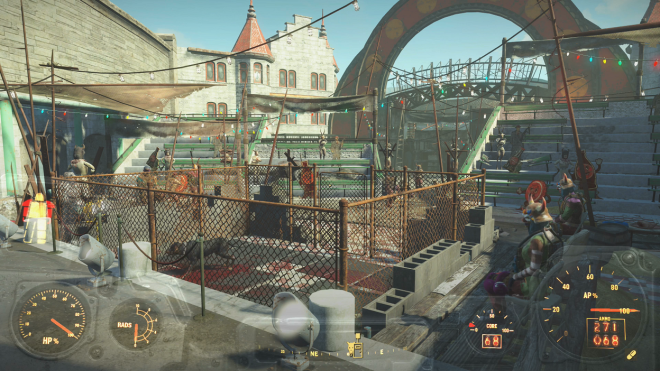 The caliber of the voice performances and sound effects remain at the usual high. Many of the raider leaders, like Colter and Nisha, are excellently performed. There is little in the way of new music.

'Nuka-World' adds quite a few hours of content, but much of that content is definitely in the "grindy" category, particularly the clearing of Nuka-World and the Commonwealth raiding activities. The added area is a novelty with some quirky objectives and NPCs (including familiar faces from previous games), but didn't have quite the staying power for me as 'Far Harbor', and being a different zone, not all of it integrates cleanly into the Commonwealth like 'Automatron' did. 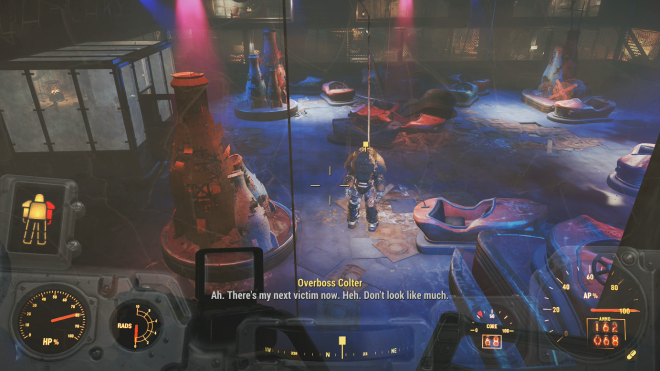 'Nuka-World' is not the perfect swan song for 'Fallout 4', but it is a perfectly playable homage to our favorite post-apocalyptic soft drink and, to a lesser extent, the Commonwealth itself. If you have come looking for something new and fresh, you may be disappointed. If you want another reason to return to the wasteland for shooting, looting, and reading through Nuka-Cola corporate emails, 'Nuka-World' will scratch the itch for a time.