The Game Itself
3 Stars
The Video: Sizing Up the Picture
2.5 Stars
The Audio: Rating the Sound
2 Stars
Replay Factor
1 Stars
Bottom Line
For Fans Only

'New World Order' is the third episode in Telltale's 'Batman' series, following 'Realm of Shadows' and 'Children of Arkham'.

Typically at this point in a Telltale season we get a lull. The episodes don't become boring necessarily, but the momentum ebbs in between the introductions of the first episodes and the shocks of the final ones. Telltale has been piling on the surprises with the first few outings but plays the cards a bit closer to the vest in 'New World Order'.

Perhaps my biggest complaint at this point is that I have seen very little payoff in how my particular decisions are affecting the story. For instance, my Batman has been pretty chill when it comes to beating up people. He has the option to be rough or super almost-deadly violently rough, and he's taken the opportunity to be merciful for the purposes of PR if nothing else. However, when arriving at a crime scene in 'New World Order', a cop read me the riot act as though I have been a thuggish berserker. He made it clear that he did not trust me and that he'd be surprised if I didn't kill anyone, which concerns me little because he is a beat cop and I'm the mighty Batman, but I feel like that's a conversation we should only be having if I were mauling people to within an inch of their lives. What would he have said if I were an even darker Batman? Maybe he would have tazed me on the spot - or maybe he would have said exactly the same thing.

The scenes themselves also tend to pigeonhole me into certain outcomes. I feel less like an active participant and more of an observer, choosing dialogue options occasionally but all with the same ending. The ending is even worse. It removes all agency from Bruce Wayne, forcing his hand and removing choice from the player. I don't usually look highly upon removing all choice from the player, and in an episodic game where that character is my only link to the entire story, it's particularly frustrating. Now I have to clean up the mess that was made for me, instead of being responsible for my own choices. 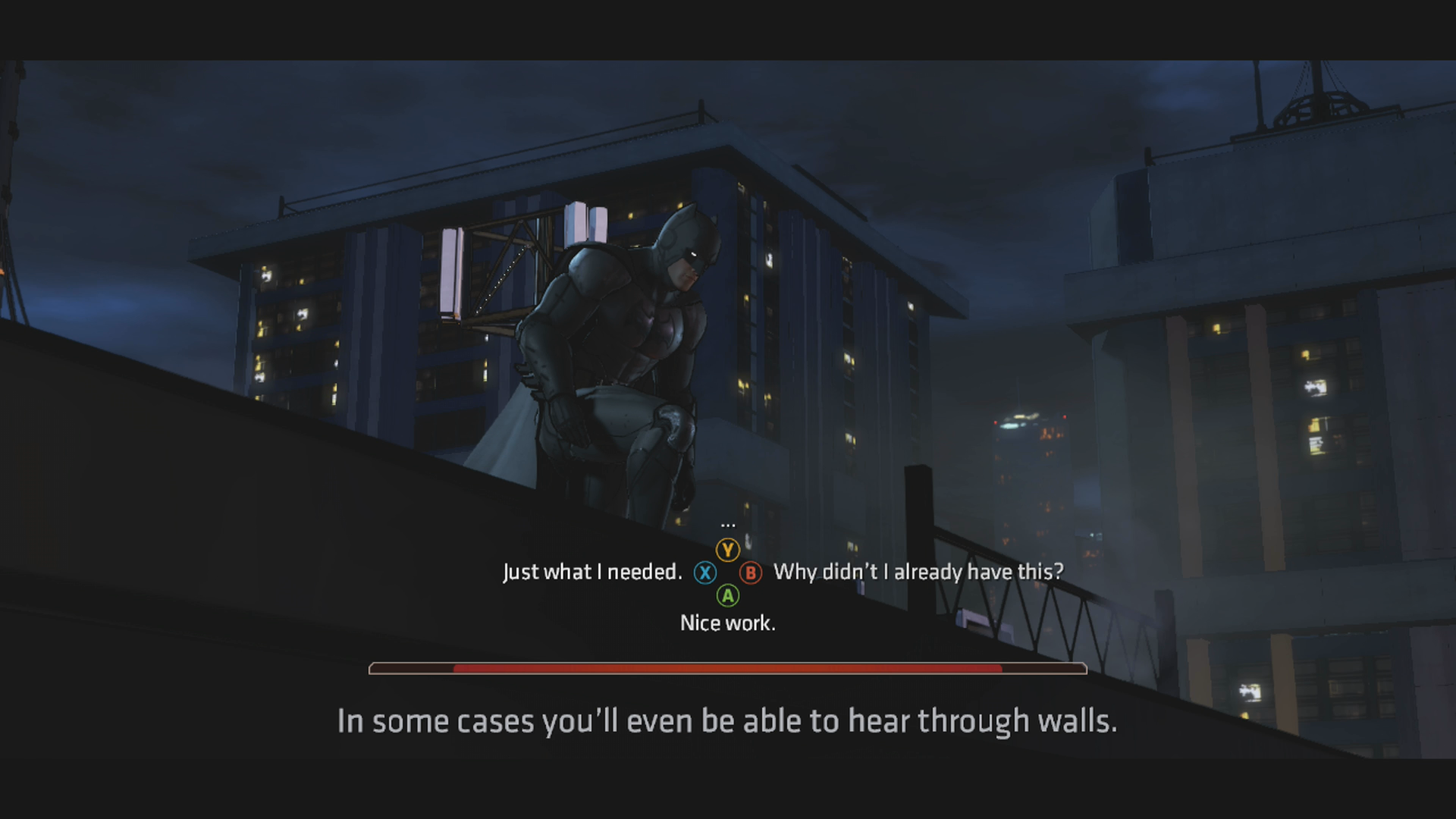 Despite the weak spots in the adventure game format, the character development is moving along at a quick pace. Strain is beginning to show in the recently elected Harvey Dent, for example, and we all know where that's going. Selina Kyle is more than just a cameo, and also more than her usual depiction of a selfish, catsuited temptress. In Telltale's 'Batman' she is actually a human being with inscrutable motivations and a believable personality. She still takes every opportunity to seduce the Bat, which I do little to discourage. 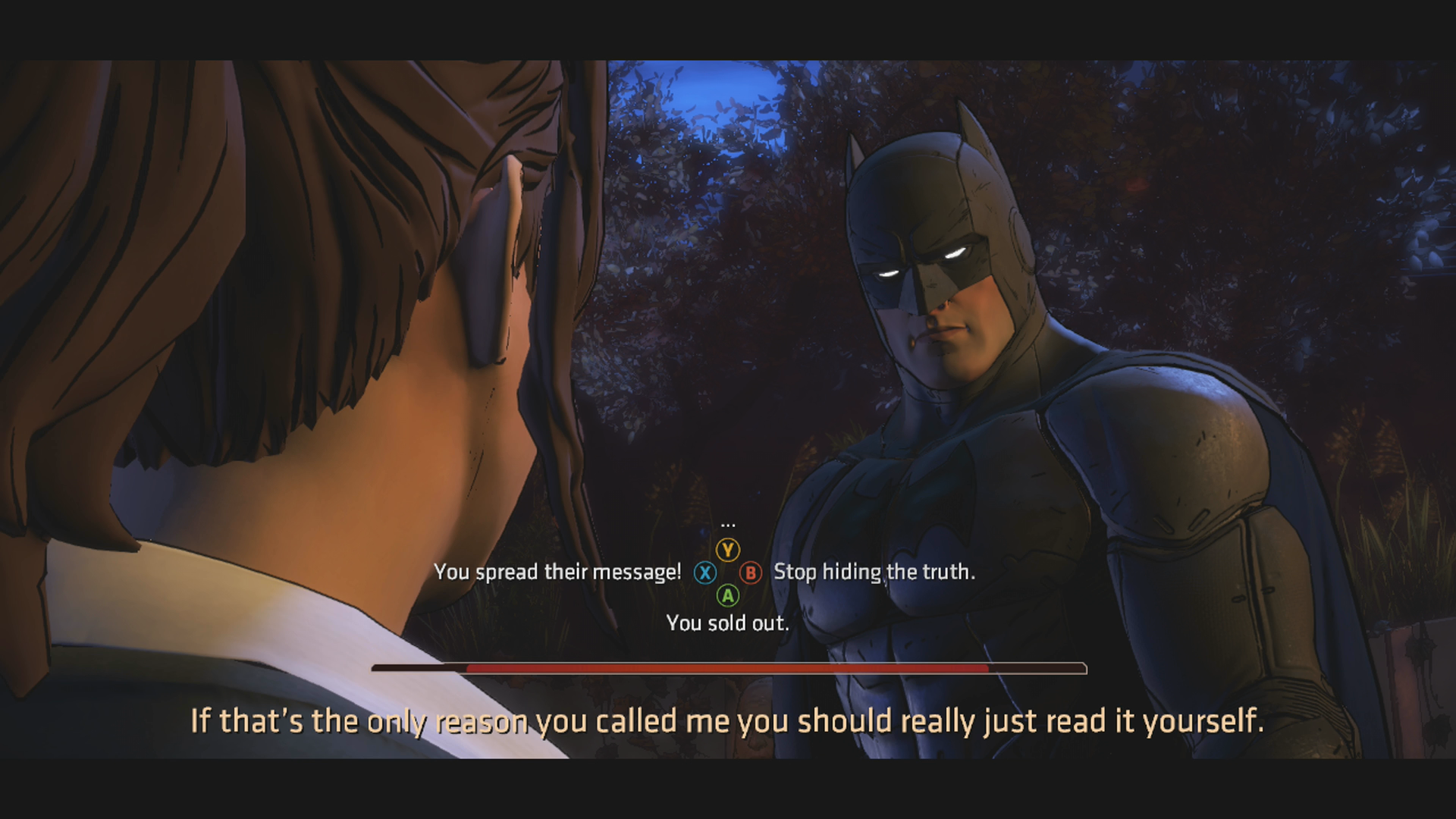 Again in 'New Order' we see very little from the Batman side of things, and most of the drama unfolds in front of Wayne instead. It turns out that I don't mind this arrangement too much as we go forward, but I can appreciate that with the 'Batman' name comes certain expectations from the audience. Telltale is flirting with taking too much power away from Batman, dividing it up amongst his enemies and letting the cards fall where they may. There's an element of escapism that needs to be met, and this episode comes dangerously close to ruining it with work squabbles and an actual domestic dispute - very un-Batmanlike things to be concerned with. 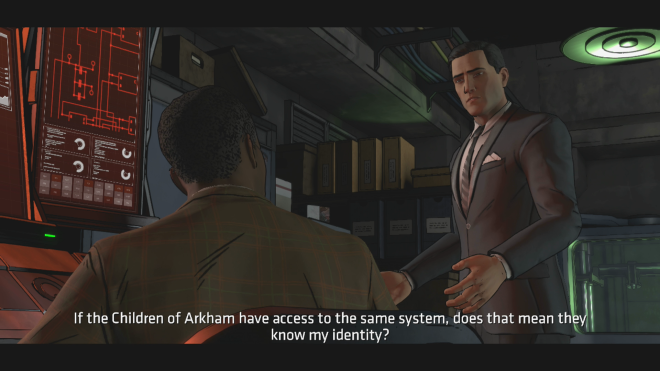 This is among the worst Telltale episodes I can remember in terms of a positive engine experience. The stutters and shakes are getting really bad, enough to affect my enjoyment of the game itself. Taking a chance on outside-the-box writing is one thing, but when the framerate is killing the mood, it's much less forgivable. 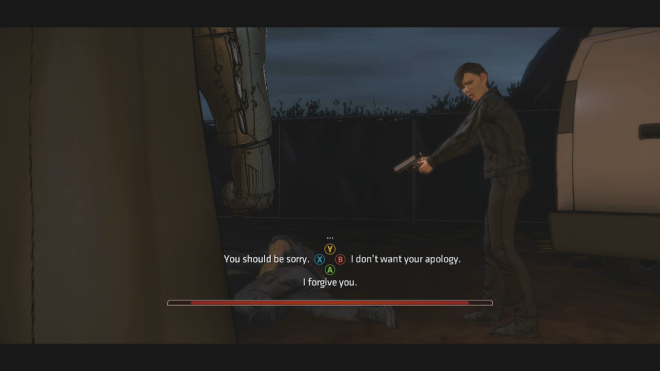 Just as Brian mentioned in his PC impressions, the Xbox One edition has audio problems of a very banal variety. Artifacts, choppy effects, and bootleg-style lip syncing are the major culprits, and like the video bring down the quality to less than professional levels.

The inability of the episode to provide those expected big decisions lowers the replay value even more than usual. The post-game stats screen even looks pretty sad, listing percentages for choices that hardly seem noteworthy. 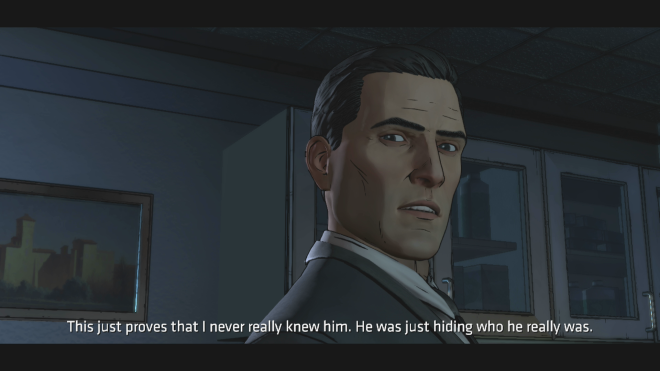 'New Order' doesn't completely torpedo 'Batman' but it's by far the weakest we've seen yet. Sometimes I feel like I'm less Bruce Wayne and more of a boring CEO with a soap opera love life. There are still two episodes remaining and I hope the best is yet to come.