The Game Itself
4 Stars
The Video: Sizing Up the Picture
3 Stars
The Audio: Rating the Sound
4 Stars
Replay Factor
2 Stars
Bottom Line
Recommended

Digital Xbox One version reviewed. Review contains some spoilers from previous games in the series as well as this episode.

'Escape Plan Bravo' is the fourth episode in the 'Tales from the Borderlands' series, following 'Zer0 Sum', 'Atlas Mugged', and 'Catch a Ride'. The next episode, 'Vault of the Traveler', will finish out the season.

Now that our wannabe vault hunters have collected Gortys, the mobile vault key, they will need to track down her second upgrade. Without it, Gortys has no way to get to the Vault of the Traveler, which teleports to a random spot in the universe every few minutes. Rhys, Fiona, and Sasha have been press-ganged into finding the vault for Vallory, an Amazonian crime lord with a huge rocket launcher and a squad of incompetent, violent henchmen.

The series thus far has had an issue with loose subplots, or characters flitting in and out without adding much to the narrative. This has been especially true for vault hunters from previous games, like Zer0, Mordecai, Brick, and most recently Athena, who has disappeared after briefly squiring Fiona and Sasha about in their search for Gortys’ first upgrade. It’s not that I don’t like seeing the heavy hitters return; I just question Telltale’s motives. They don’t seem to serve any other purpose than a "Surprise, here’s an old vault hunter, look how cool and badass they are! Now they’re gone" type of situation. The story stands up perfectly well without them. 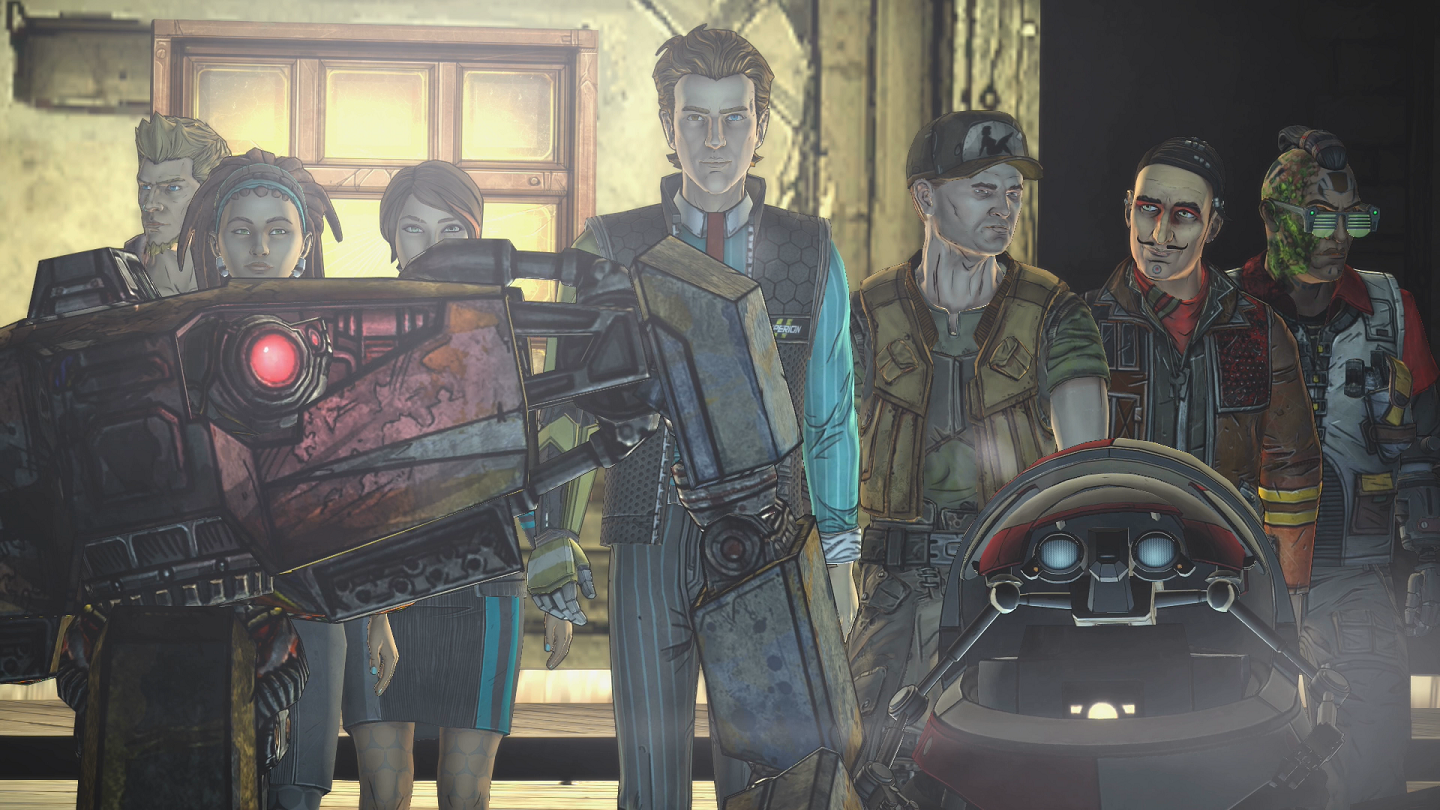 The inclusion of Handsome Jack as a spectral companion to Rhys is markedly different. While he remains the same pompous and self-aggrandizing scoundrel as before, he is decidedly less villainous. His motives are still unclear, as is his existence at all - is he just a figment of Rhys’ imagination, or a side effect of damaged neural implants? Is he a hologram powered by an AI resembling Jack, or did some part of the CEO’s consciousness somehow manage to survive the events of 'Borderlands 2'? I suppose I’m thinking too much into it. At the very least, he’s not a complete bastard this time around, and he has some very funny exchanges with his ever-suffering corporeal host. 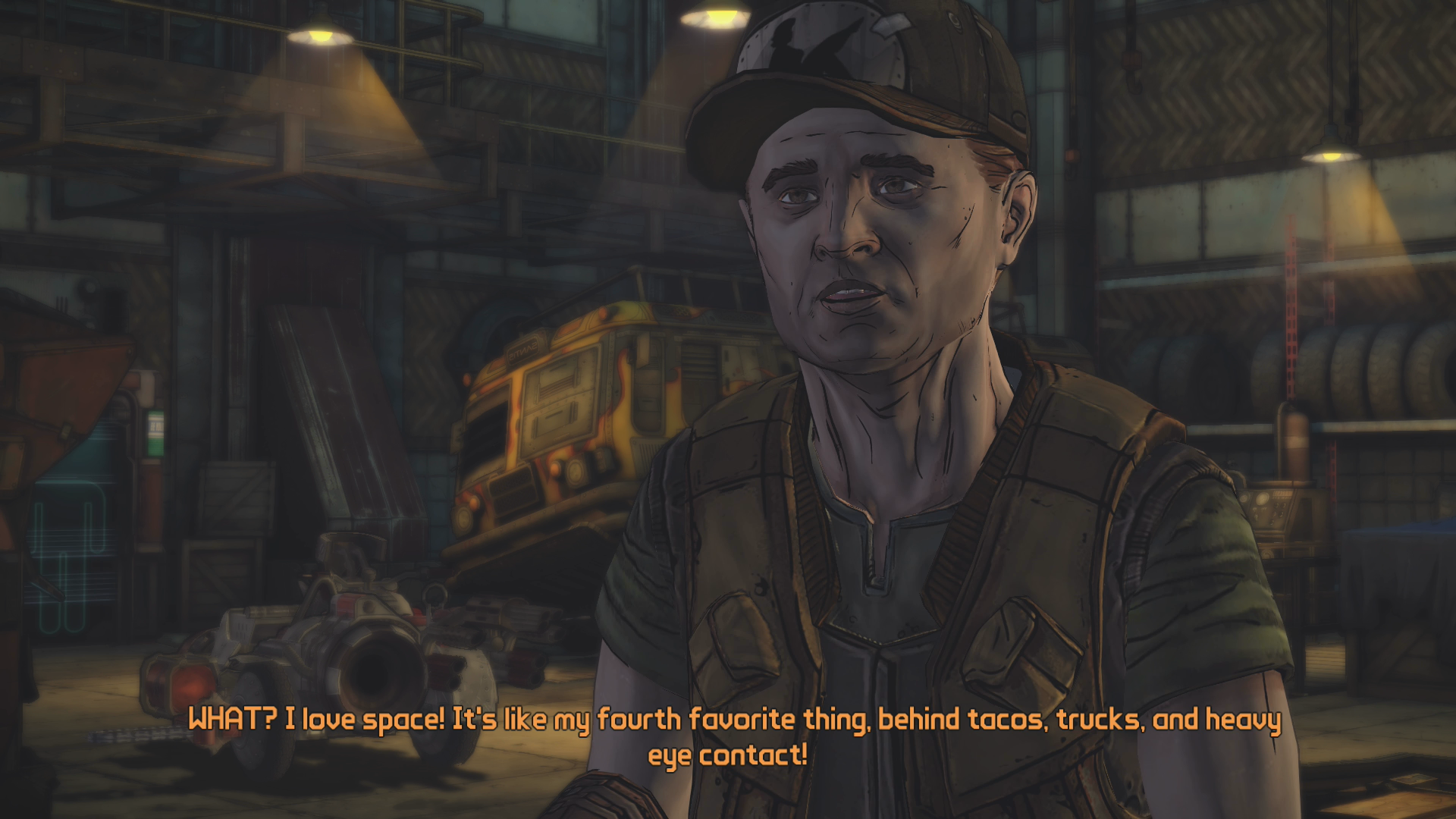 'Escape Plan Bravo' probably has more to do with Fiona than any other character, and she is beginning to mature a bit as increasingly terrible things happen around her. She is no longer the happy-go-lucky con woman we saw in 'Zer0 Sum', and she also seems less self-absorbed. The same is true of her younger sister Sasha, who is impetuous but has also changed a lot. This episode on the whole is more grim than any of the previous entries, and a shocking event in the middle of it had me completely dumbfounded. It had nearly the same impact as a later episode of 'The Walking Dead' or 'Game of Thrones', and I did not expect it in what has otherwise been such a comedic, lighthearted franchise. Not content to rest on their laurels, Telltale continued after that little bombshell with even more betrayal and malefaction. One scene in particular pushed the boundaries of good taste, and was probably one of the more nauseating gaming experiences I’ve had since the eye poke machine in 'Dead Space 2'. 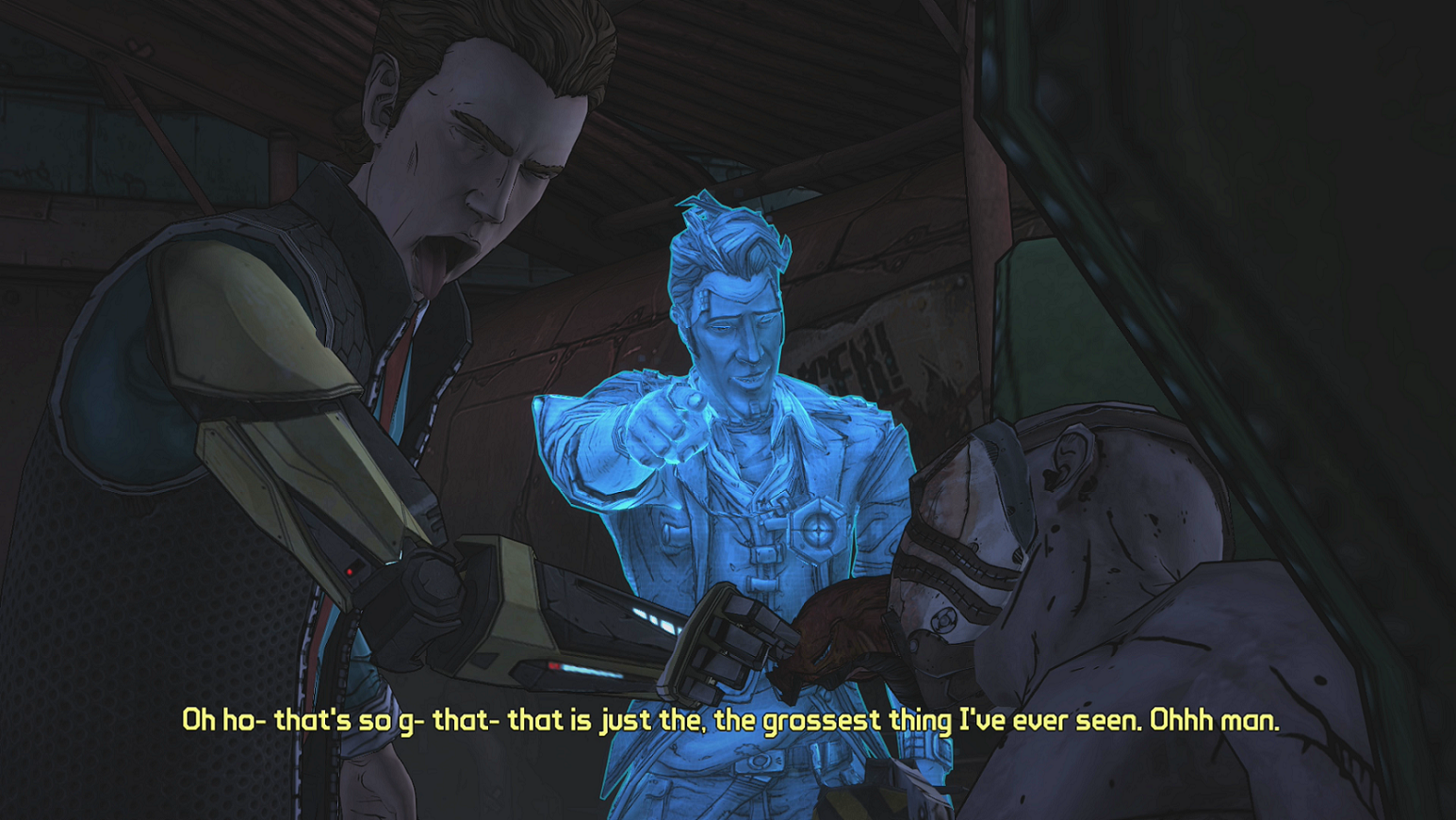 Partway through the episode the setting changes from Pandora back to Hyperion’s Helios orbital base, and instead of being on the run, the characters put together a fun infiltration mission, complete with disguises and a healthy dose of lies from Fiona and Sasha. Vallory does not come with, sending her henchmen instead as proxies to continue her manipulation of the crew. Despite their presence, Rhys and Sasha begin to empower themselves, and what happens next, can't come soon enough. 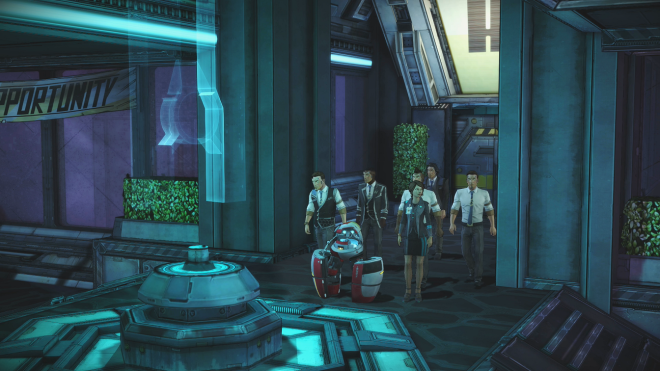 There are far fewer quick time events in this episode, because the pace overall has slowed down from the running and gunning towards more conversation and guile. As a result, the episode has a better performance than 'Catch a Ride', and framerate hitches are less common. There are some problems with facial animations - they’re just not that expressive, which is unfortunate in scenes where they’re kind of important. 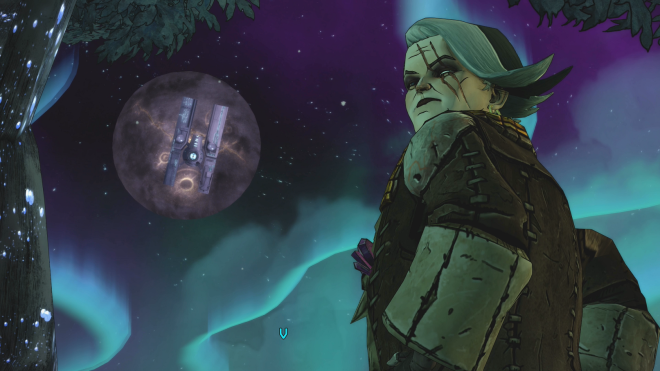 The audio is the usual quality for 'Tales from the Borderlands'. One scene stands out: another hilarious montage, this one in the vein of 80s action movies, complete with a retro, inspirational song in accompaniment.

We’re far enough along now in the series that players may want to make changes to their saves to influence the last episode, but the game itself is not something that can be replayed endlessly. 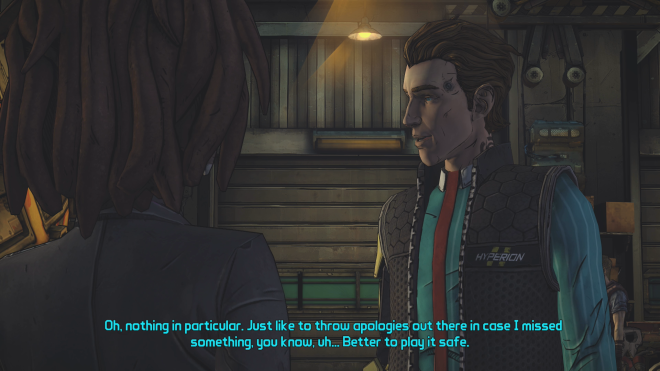 'Escape Plan Bravo' makes a very strong showing as 'Tales from the Borderlands' moves steadily towards its conclusion. The characters are developing well, the plotline mostly makes sense, and the script is rife with signature 'Borderlands' humor, even if the plot as a whole shows more of the darkness of Telltale’s other series.