Creative Sound BlasterX H5 headset reviewed using a variety of devices, but primarily with the PS4, Xbox One, Wii U, and PC.

Creative has long been associated with gaming sound, and when the company announced the Sound BlasterX line, it was clear that something had changed. Positioned near the top of the new line, the Creative Sound BlasterX H5 is a closed over-the-ear passive headset and boom mic combo. In the past, such a gaming headset from Creative probably would have been plastic, garish, and probably would have been paired with some inconsequential cabling. The Blaster H5 is none of that.

The BlasterX H5 has a light but heavy-duty aluminum build that holds the 50mm driver ear cups in place. It also has an attached nylon braided cable that leads to a mic mute, volume, and play/pause inline control cluster that in turn leads to a 4 pole 3.5mm connector. The headset comes bundled with a long Y splitter that lets the H5 connect to any PCs that have separate mic and audio connections. This means that the H5 is suitable for the PS4, Xbox One, PC, Wii U, etc., all through a standard connection.

All of this comes not in a box but in a plastic shell. What's not included in the shell but does come with the headset is the Sound BlasterX Acoustic Engine Lite PC software.

Wow, how things can change. I've been using Creative headsets off and on for at least ten years, and the Creative Sound BlasterX H5 is the first Creative headset I've ever used that carried with it a semblance of heavy-duty. I don't mean heavy duty like jump of out plane heavy duty, but put the headset on, use it, put it back on the desk day-in and day-out without plastic cracking in the headband or ear cups and without a wire being finicky or outright failing. This is hardly an issue exclusive to Creative, but if you've ever worked in an office or studio where headphones are used regularly, the daily desk-based wear and tear will finish most headsets within a year or two (or even less). 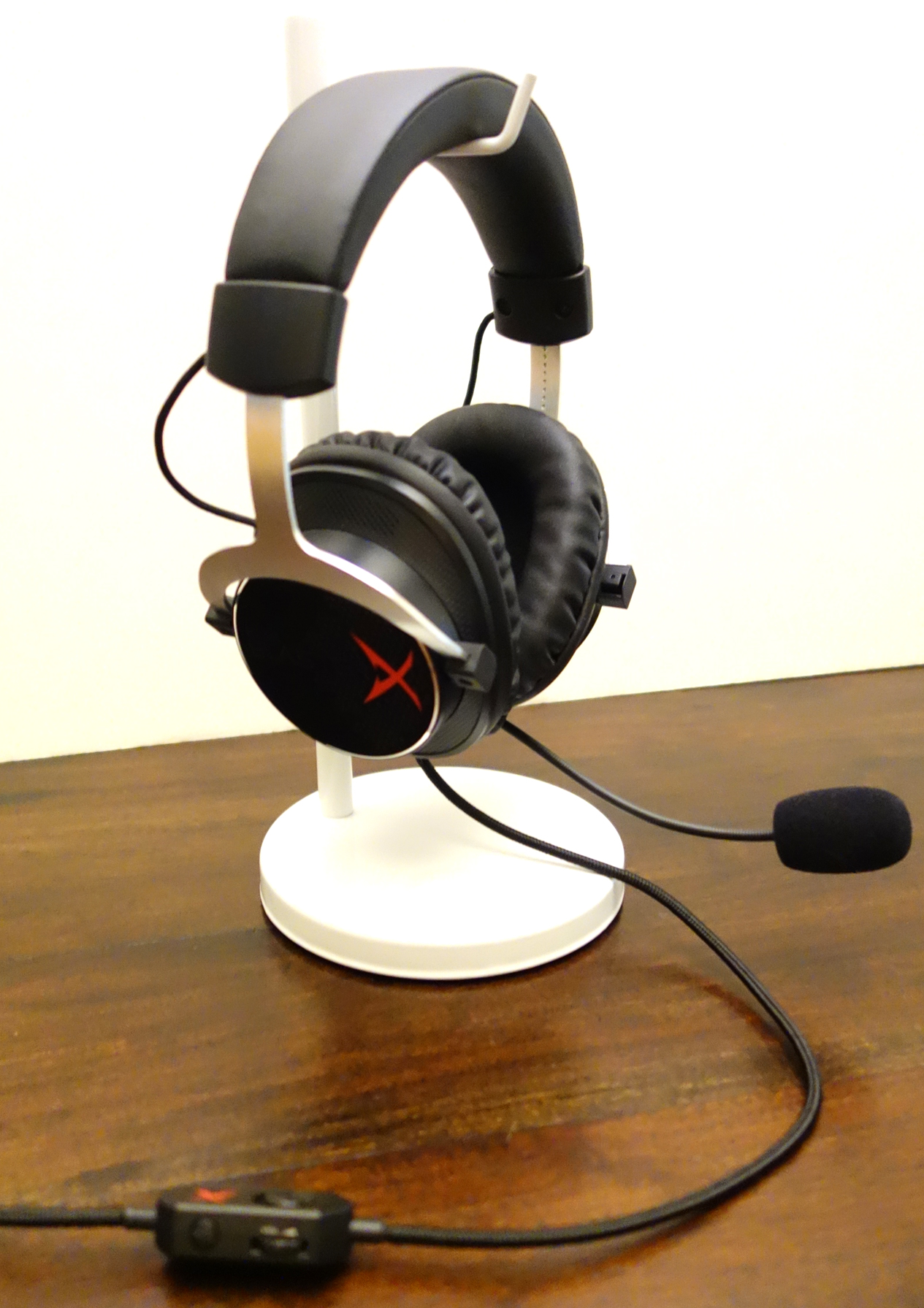 Fortunately, incorporated in the BlasterX H5 is a steel and aluminum design that while not original, looks and feels like it was made to last. Those two nylon sheathed wires that are visible above each ear should keep the BlasterX from ever having the common ear to ear connection issue. Having immediately addressed the headset's build, it's also worth noting that this design is almost instantly comfortable.

As opposed to all-plastic builds, the H5 flexes in a way that makes it feel like a solid fit- sort of like a glove or a helmet. The ears and headband are comfortably snug without exerting pressure. That feel, much like the look and construction, is more professional than what the name BlasterX initial suggests. This kind of design would be right at home in a recording studio. One flaw in the package, however, is that fixed nylon cable.

The cable is fixed on the left ear cup towards the back. This fixed cable looks like it will hold up well. Unfortunately, because it's shifted towards the back, it tends to rub on my shoulder during use. Worse, the inline control and nylon cable, while snazzy and useful, are just heavy enough to tug slightly on the left ear.

That means that while I like almost everything about the inline controls, the volume wheel, the mic mute toggle, and what feels like a bonus, the play/pause button (for smart phones), its weight and position cause some trouble. This happens more when sitting at a desk than on the couch. It doesn't ruin the headset, but Creative should look to address it immediately. 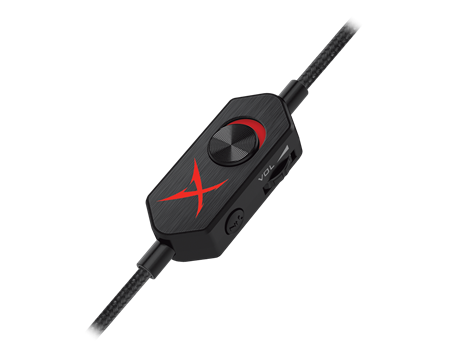 I threw all kinds of games at the BlasterX H5, and was continually impressed at how clean the sound reproduction is. On the consoles this is a stereo set, but it's nevertheless immersive and effective. Playing 'Metal Metal Gear Solid V: The Phantom Pain' on the PS4 with the H5 was a delight. Playing as Venom Snake, there are times, like when running into a patrolling helicopter gunship, that stealth by way of sound detection is the only way to complete the mission. The H5 will carefully reveal the approach of a chopper (or jeep or truck) and will keep the sound in focus as the chopper moves, as the camera moves, and as Snake moves. It's much the same when infiltrating an enemy barracks. As the enemy soldiers move about from the causal napping, joking, smoking, to the more intense searching, clearing, and if detected, shooting, the H5, very simply connected directly the DualShock 4 controller, will keep all of these audio cues and currents in perspective.

A game like 'The Phantom Pain' has excellent sound design which even extends to Snake's heartbeat and breathing pattern. The H5 brings all of that excellence out for the player to hear. 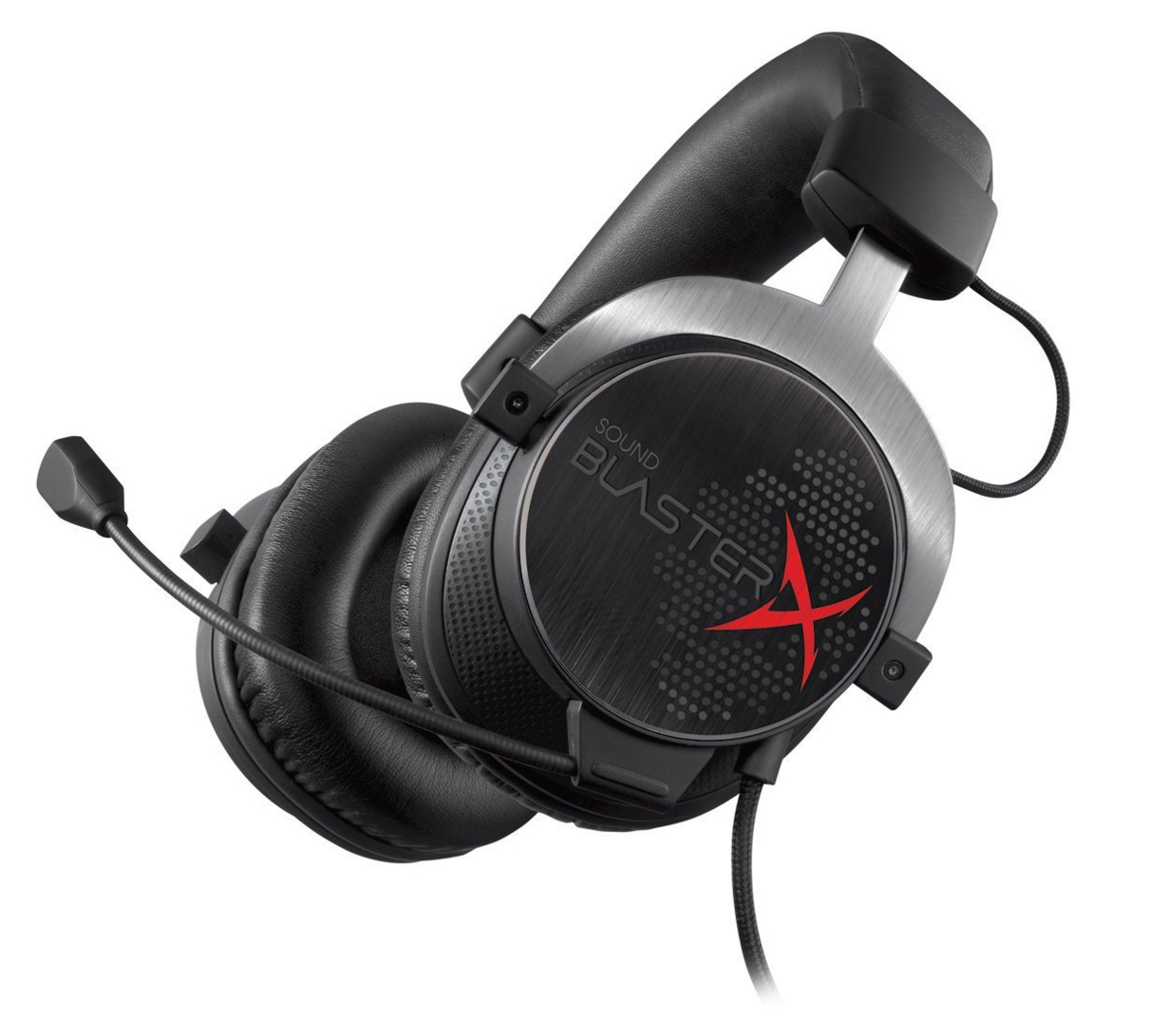 Meanwhile in 'Star Wars: Battlefront' on the Xbox One, the H5 continues to be both a crucial and complimentary part of the game. The H5 can connect directly to the new Xbox One controllers, but needs a Chat Adapter for the older design. Either way, having the volume control right on the cable is nice. (Way easier than trying to pull up and use the dashboard volume controls.) The H5's boom mic works well. It's flexible and has a wind screen. It also might be a smidge too sensitive. This is easy to adjust on the PC and PS4, but on the Xbox One, it's a one size fits all situation. In a quiet environment this won't matter, but in a room with other people, the mic might be a bit more than the user would like.

I was pretty psyched up to use the BlasterX H5 with 'Xenoblade Chronicles X' on the Wii U. The far flung new LA and planet Mira is a great sci-fi setting, and the pro feel and fit of the H5 is a nice way to get into the game. Unfortunately, due to one of the Wii U's quirks, the headphone jack on the GamePad is only really useful when playing 'Xenobalde Chronicles' in offscreen mode. Fortunately for me, as I wanted to play using a HD TV and not the GamePad screen, I was able to hook the H5 directly into my receiver's headphone jack via 3.5mm to 1/4" adapter and extension (not included), and get into the game. 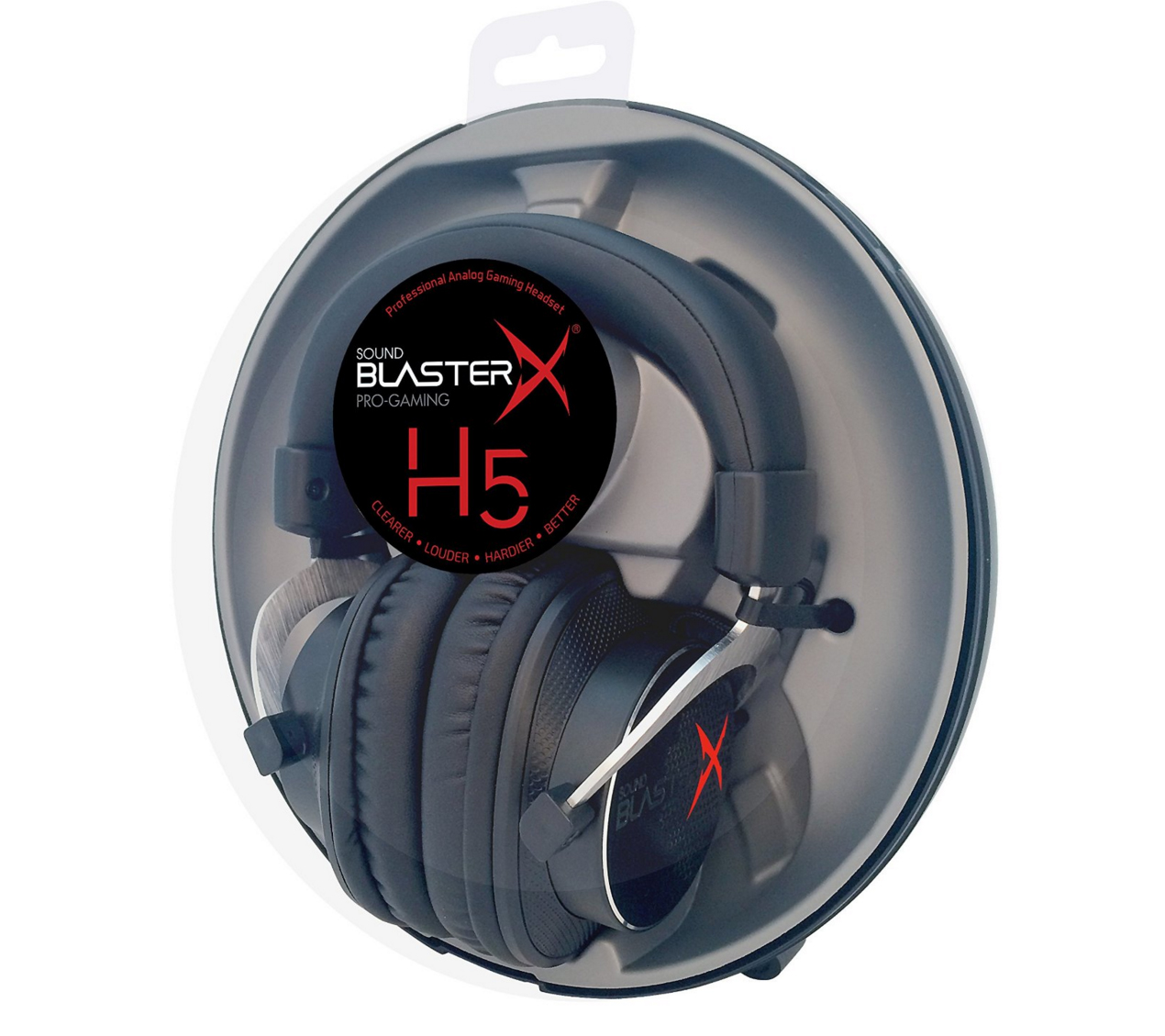 The Y adapter cable that comes with the H5 is nothing short of perfect. It's really a combination Y cable and nylon extension, and think that Creative should start bundling it with all of their PC sound devices.

The other "accessory" is the plastic shell that serves as the H5's box and someone's idea of carrying case. As a box it shows off the H5 through the clear front while keeping the headset secure and safe. As a case, it kind of works, but is impractical. I basically hate it, and would much rather have had an actual case or bag. The H5's great design, while very desk friendly, doesn't fold flat.

For the PC, there is the BlasterX Acoustic Engine audio software available to download from Creative (see here). For the BlasterX H5 (much like the BlasterX P5), the software has six game-themed audio presets. Each preset shows exactly what mix of EQ enhancements are being applied, and as coupled with the fun user-controlled helicopter demonstration, I can't help but wish that this software was usable on the consoles.

The Creative Sound BlasterX H5 is one of the few headsets that appears to have been designed with the rigors of frequent gaming in mind. The even sound is suitable for a variety of platforms, and it's obviously been set up to get the most out of the PS4 and Xbox One's controller connections. While I like how the H5 comes together, I think a few tweaks would make for a truly enduring design. As is, I think the BlasterX H5 will be extremely popular with no nonsense users.