Minecraft: Story Mode - A Telltale Games Series - 'A Block and a Hard Place'

'A Block and a Hard Place' is the fourth episode in 'Minecraft: Story Mode', following 'The Order of the Stone', 'Assembly Required', and 'The Last Place You Look'.

The wither storm threatening the world of 'Minecraft: Story Mode' survived Jesse’s explosive murder attempt last episode, and has become even more aggressive. The gang is now scrambling to find a more permanent solution. The situation is complicated by the command block at the heart of the storm, which cannot be destroyed through conventional means. Command blocks are another carryover from 'Minecraft', where they can be found most commonly on multiplayer servers.

As the old Order’s ineptitude and cowardice are slowly revealed, Jesse and his team have come to terms with their role as the world’s saviors. They started out as humble crafters but have turned out to be pretty good heroes, working together as a family even when horrible things are happening all around them. They haven’t done this without setbacks and even losses, but have carried on with aplomb. 'A Block and a Hard Place' lifts the series up in terms of its storyline, which is sometimes a little hokey and predictable, but is heartfelt and earnest just as often. Recently the screentime has been heavy on Jesse, without much left over for Axel, Olivia, and the others, but even the small roles add a lot to the story. Of particular note is Reuben, Jesse’s loyal pet pig, who has a non-speaking role but is still one of the best characters. 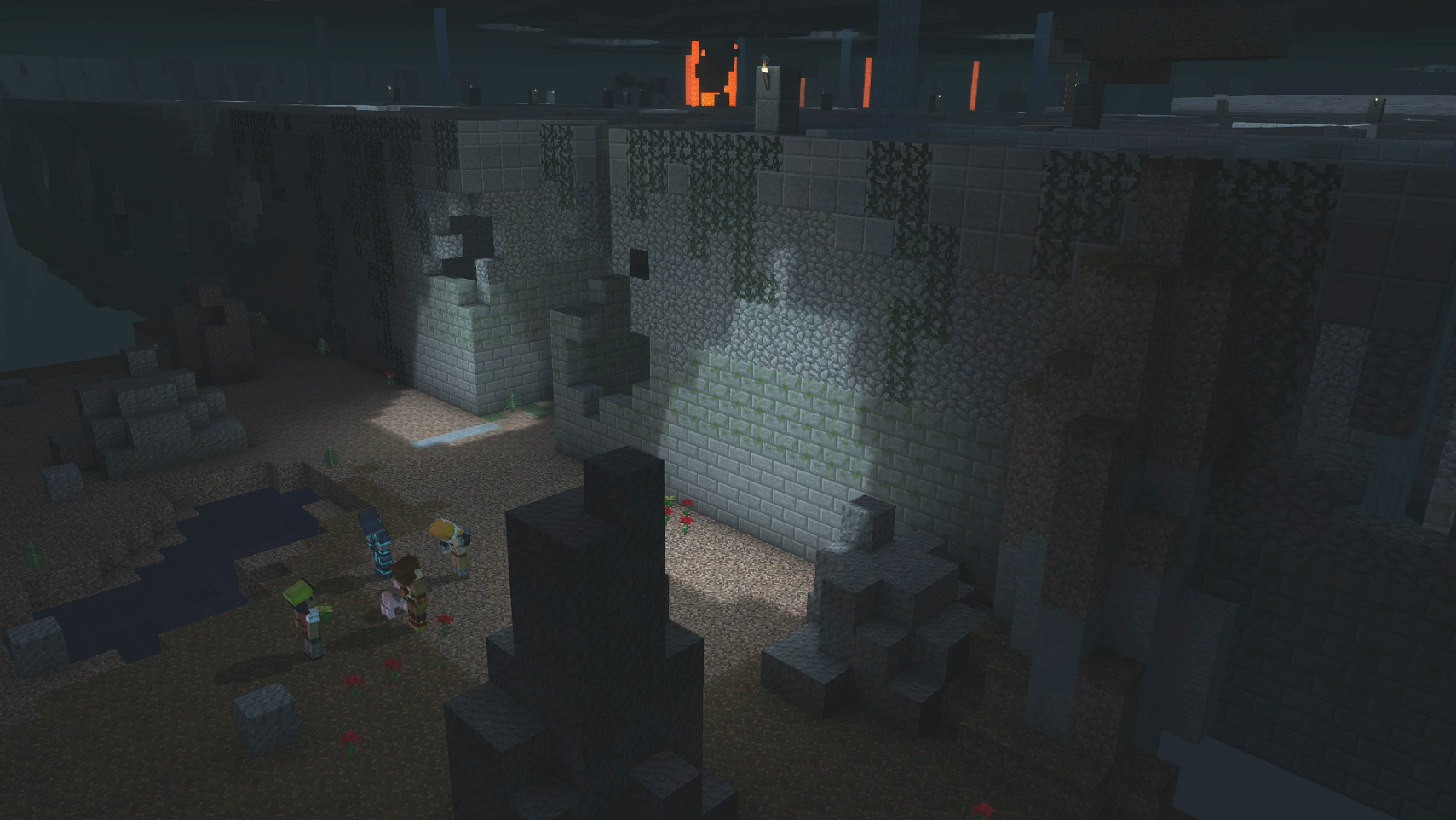 In all of the rush to defeat the wither storm, a few subplots have been neglected or glossed over. This pertains to Petra, whose wither sickness led to me abandoning her in a cave, and Lukas, who abandoned the group to search for his own gang members. Both of them showed up at the episode’s finale with nary a scratch, and more importantly, no rebukes for me for leaving them to their fates. This was surprising because I had expected to endure some nagging from them and other characters, especially when petty decisions in the past had led to similar results, but I was left alone. Maybe they’ve begun to see the bigger picture, or more likely, Telltale didn’t have time to fit everything in. 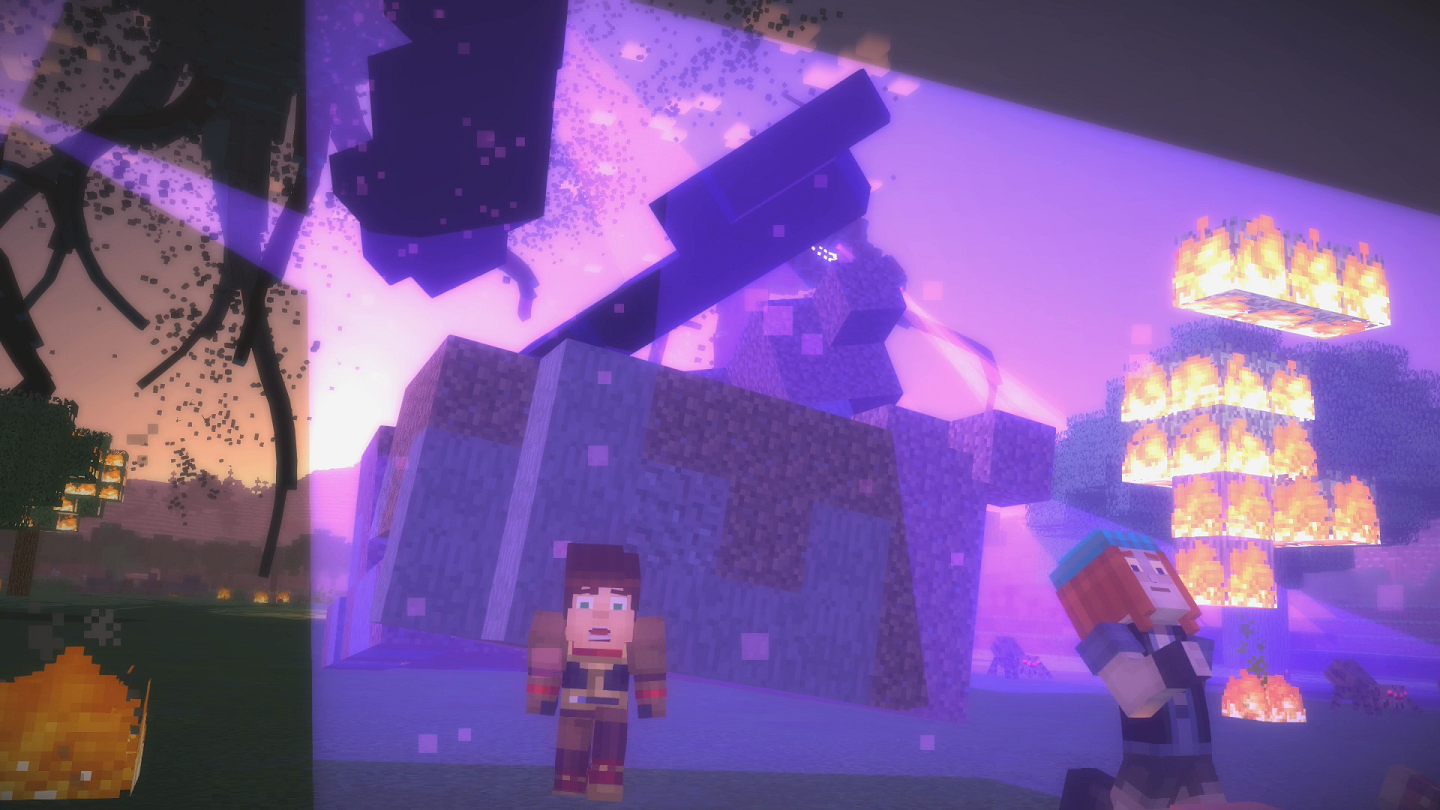 The transformation of the Order of the Stone from legendary heroes to twits and even villains has been one of the better pieces of the script. Jesse and the others understand now that the Order are just people, and not very good people at that. Ivor attempts to redeem himself, but that hardly changes the fact that he nearly destroyed the world pursuing revenge against Gabriel for some minor incident that happened years ago. Soren is cowardly, Magnus is argumentative, and Ellegaard is arrogant, although her outlook softens somewhat at the end. 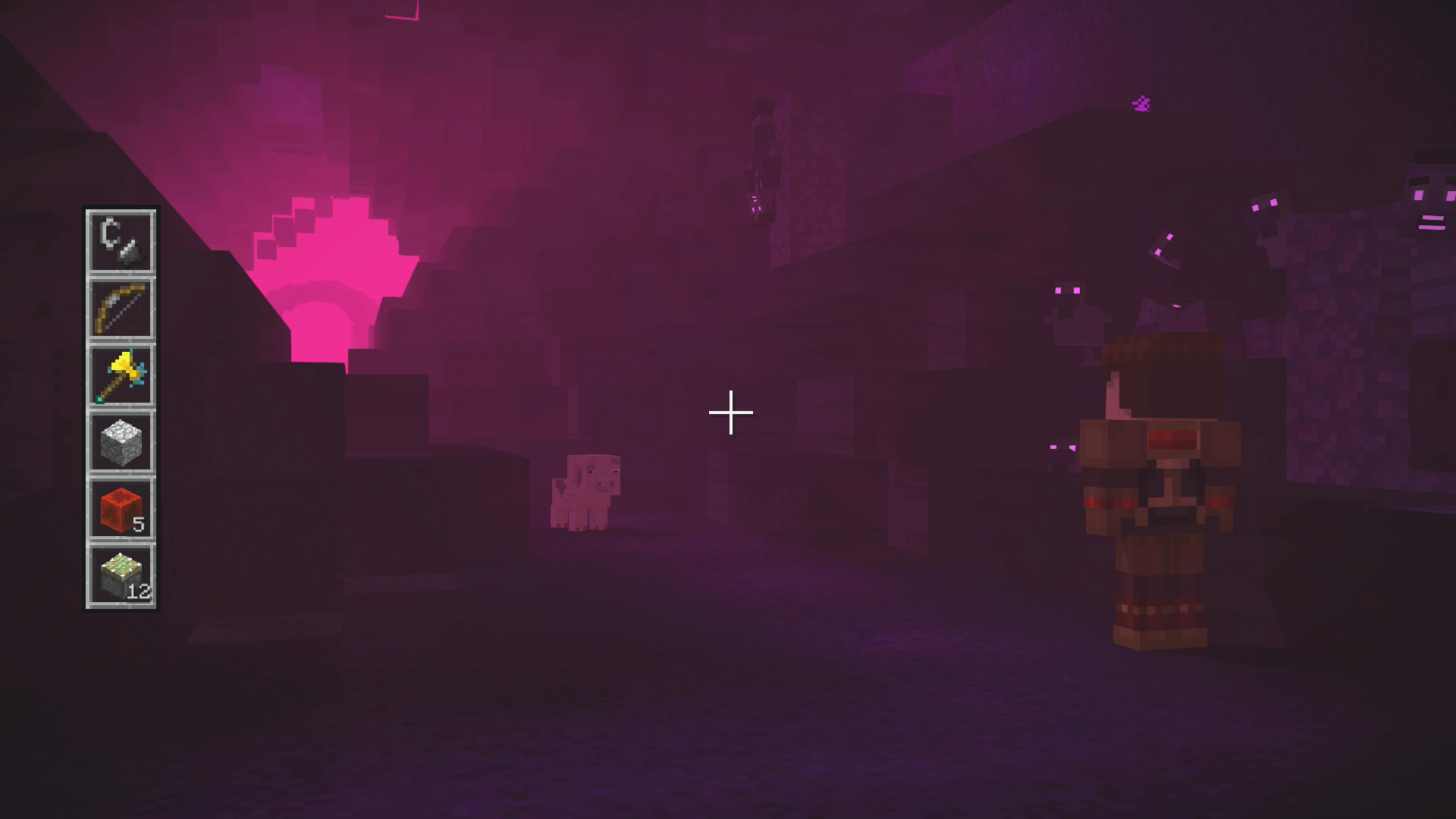 Moreso than in any previous episode, 'A Block and a Hard Place' feels like an adventure story. What’s left of the group (after I bailed on Lukas and Petra) travels to the edge of the world, towards a phenomenon known as the glitch wall. Along the way they cross several recognizable biomes, fight off familiar creatures, and even do a bit of foraging to stave off hunger, à la Survival mode. The glitch wall itself is bizarre and pretty, and is followed by a few little platforming and puzzle sections that might be a tad frustrating for younger players but are still pretty fun. 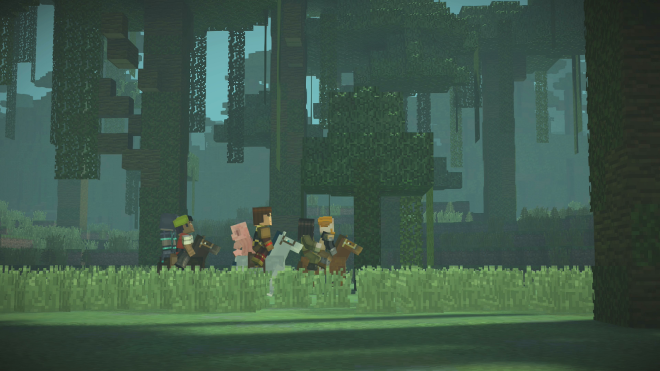 The glitch wall, Ivor’s maze, enlarged wither storm, and more are some of the nicest set pieces we’ve seen to date in 'Minecraft: Story Mode'. The only issue is a moderate framerate drop towards the end of the episode. 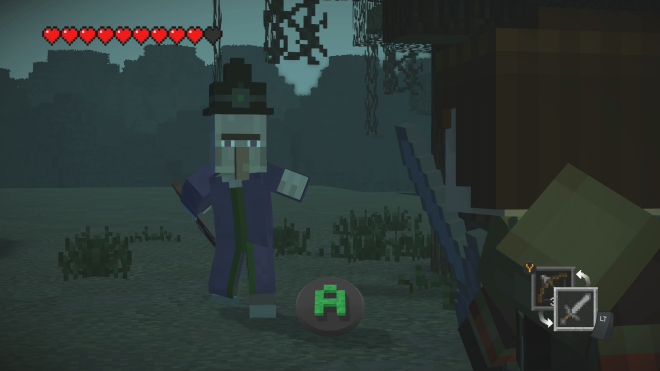 The cast gives another great performance, especially Paul Reubens’ turn as a remorseful Ivor. The sound is otherwise similar to the other episodes and has no glaring problems.

Because the wither storm plotline has (seemingly) concluded, I really have no idea what Telltale has in store for us when 'Order Up' drops in a few weeks. I have a feeling that signs will point towards a second season, so replays of this episode could help prepare for that. 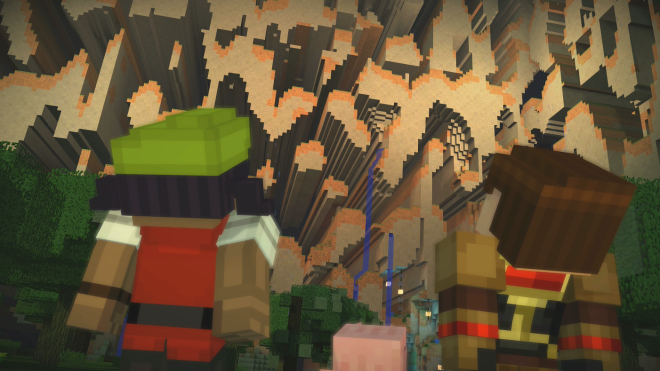 'A Block and a Hard Place' is a return to form for 'Story Mode', shoring up the series after the last few episodes have faltered. The climax comes a bit sooner than expected, but the pacing during the wither episodes felt rushed at times, so there’s no harm in moving on before the final outing.