The Game Itself
2 Stars
The Video: Sizing Up the Picture
3 Stars
The Audio: Rating the Sound
2 Stars
Replay Factor
1.5 Stars
Bottom Line
Skip It

Everyone’s favorite anthropomorphic turtles are back in 'Teenage Mutant Ninja Turtles: Mutants in Manhattan', by Japanese studio PlatinumGames. Platinum has previously worked on brawlers like the highly successful 'Bayonetta', as well as big-ticket licenses like 'Transformers: Devastation'.

The Turtles have had mixed success with video games over their long history. Like many in the SNES generation I have fond memories of 'Turtles in Time', but their offerings of late have ranged from shovelware to almost- worth-playing. 'Mutants in Manhattan' is the first go-around by Platinum, who have a good resume in the action platforming arena and a reputation for fast-paced, challenging games.

Once upon a time the studio was even tagged with rescuing 'Metal Gear Rising.' 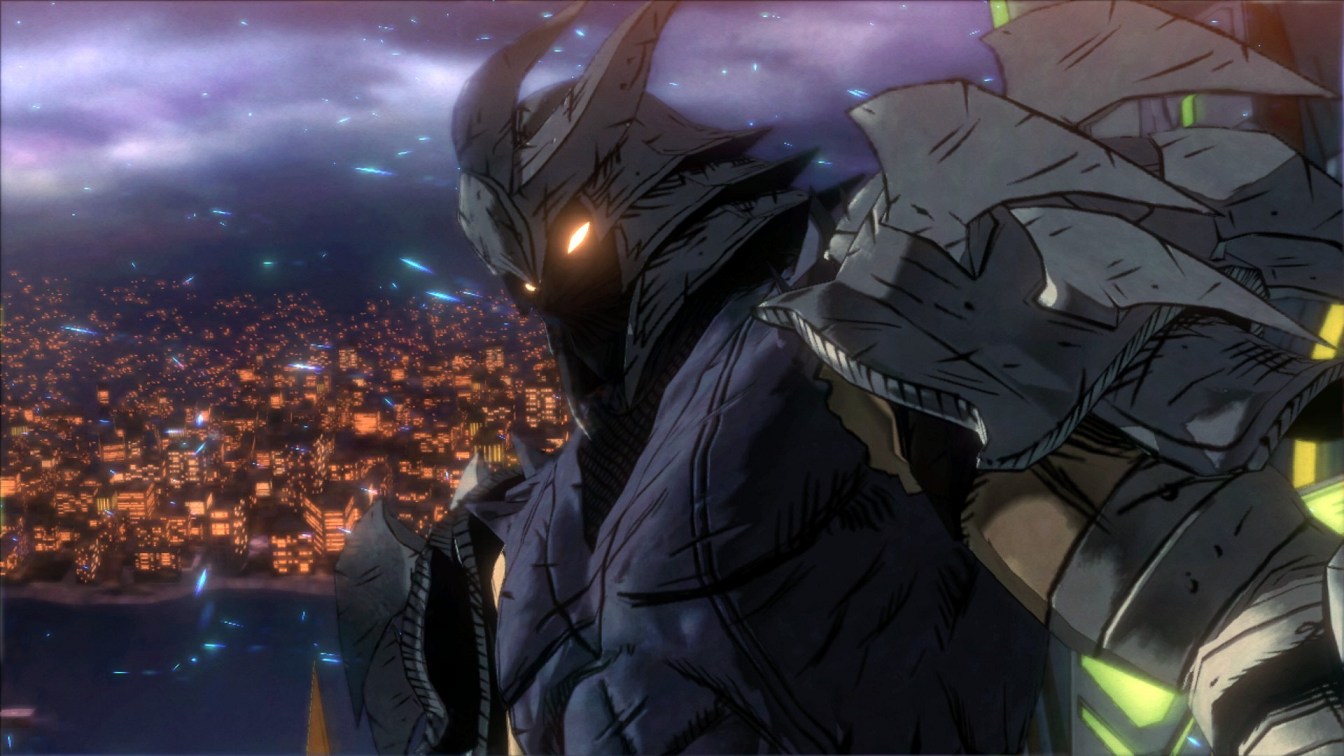 After playing 'Mutants in Manhattan' for awhile, it reminded me less of a Platinum production and more of the by-the-numbers stuff that Ubisoft was putting out for years when they were working on the license. There is just a skeleton of a decent fighting system here, hidden deep under the loud sound effects and lame jokes. It has Platinum’s fingerprints on it but it doesn’t go any farther than that skeleton. It has no meat on it, no extensive system of blocks, parries, and ripostes to whittle down scores of Foot clan for a gratifying payoff. All I had to do was spam the ultimate abilities, of which there are four for even easier cheesing, each with a short cooldown. If a turtle goes down, which is unlikely, I could switch to a brother until he was back up. 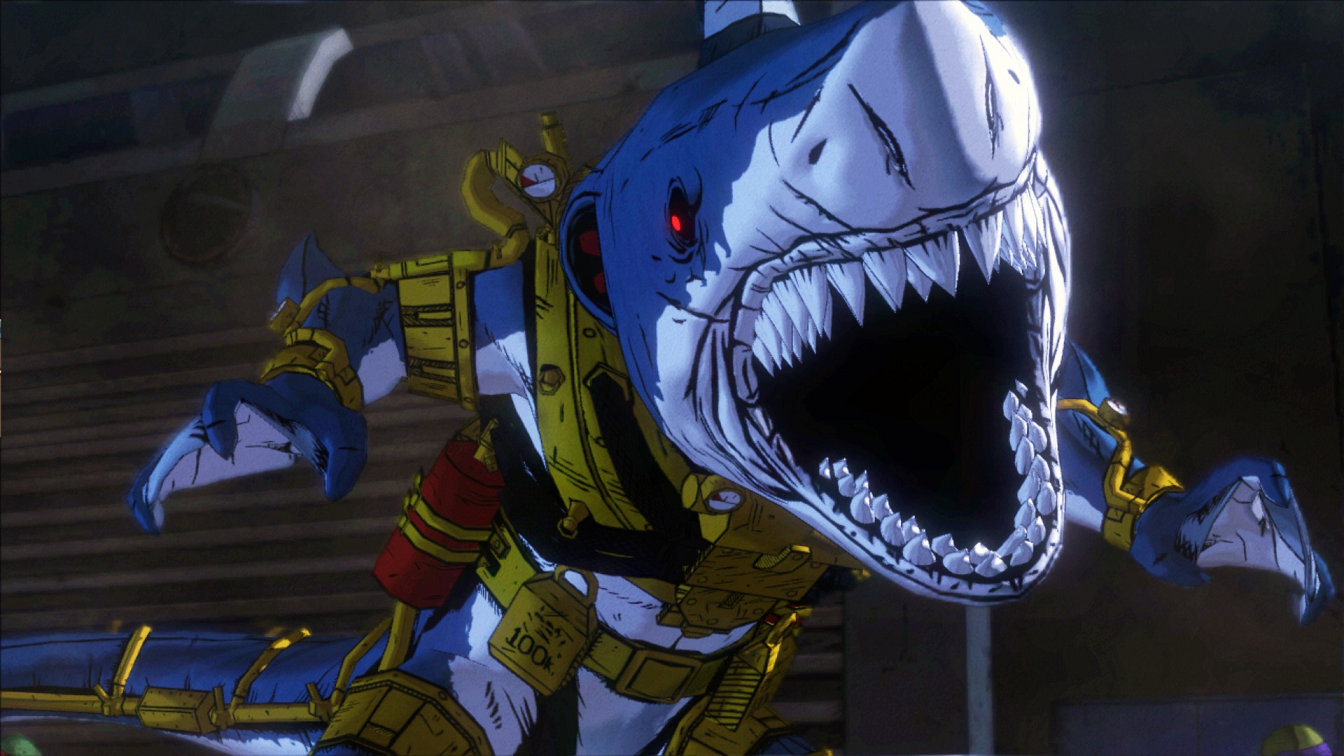 The Turtles use different weapons of course, but they all play the same. There are buttons available for dodges and shell blocks and the like, but each enemy goes down in two hits so I didn’t need to be classy at all. I moved across the rooftops from one fight to the next, April dispassionately dispatching me and urging me to use my "t-visor" or some such nonsense to see objectives and enemies, dutifully copying every other video game that has Eagle Vision or Detective Vision or what have you. There is even an attempt at stealth, but it is extremely limited, being nothing more than walking up the occasional enemy and swatting him from behind with a weapon. It’s not that much different than the combat, which is swatting a guy with a weapon not from behind.

There isn’t much variety in the enemies either, and they’re mostly incompetent. The Foot has always been hapless cannon fodder but here they’re little more than punching bags. The bosses are tougher but not in the challenging way, more like the predictable, endless health bar kind of way. And then there’s the final boss, which is actually all of the bosses but with so many health bars that I wondered if it was all some cruel joke.

Packed in with this "brawling" and "stealth" are a few other types of filler gameplay. There are minigames galore to complete objectives, like rolling a Turtle around or holding down the circle button to open a door. There is some climbing and grinding on rails that strangely cover every rooftop in this version of New York, but nothing nearly as cool as a 'Sunset Overdrive', and the platforming in general seems, like everything else in 'Mutants in Manhattan', like it could have been so much more. I wonder if there was a checklist somewhere that the devs were absentmindedly scratching off as they went: brawling, stealth, minigames, multiplayer, check. Ship it out.

The storyline is basic and can be summed up in "beat the Foot". Admittedly this is the plotline of many of the Turtles’ adventures in the three decades since their inception, but 'Mutants in Manhattan' doesn’t have any of the plucky humor or distinct personalities of the brothers except for Mikey and Raph’s thick accents. Perhaps a younger game could glean some enjoyment from its colorful, cartoonish presentation and simplistic controls, but anyone with more discerning taste than an eight-year-old is going to have a rough time of it. 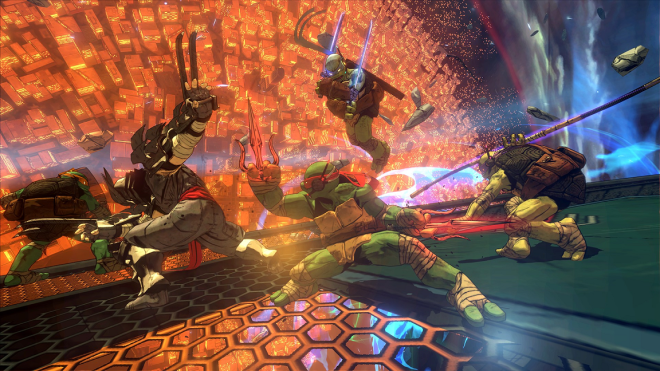 The one area where Platinum was at least partially successful is in its appearance. Cel-shaded visuals are hard to pull off without looking grainy or undeveloped, but 'Mutants in Manhattan' by and large looks pretty good. The colors avoid the washed-out look and the animations, clearly inspired by the cartoons, are interesting to watch. The framerate is reliable (not great) and even if the assets tend to replay themselves endlessly, the brawling is smooth (such as it is). 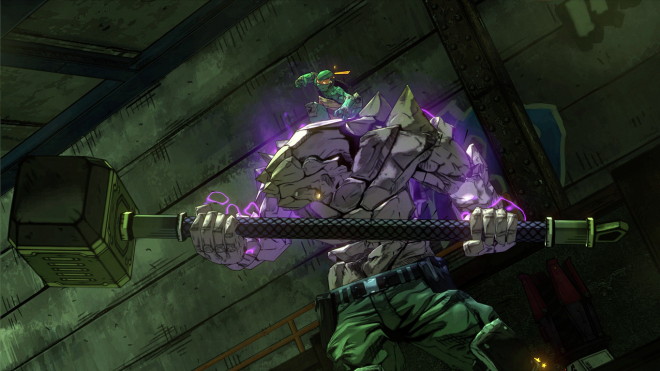 The audio can’t quite deliver as much as the visuals. The voice acting is forgettable and the soundtrack is little better than electronica elevator music, sped up for excitement.

The game is very short, much less than ten hours. There are collectibles and some upgrades for the Turtles, but they’re not very fun to find and exploring the city gets old quickly. A multiplayer mode has been added in case someone wants to experience this thing with their friends or perhaps some internet randoms (there’s no split-screen), but it’s more of the same. 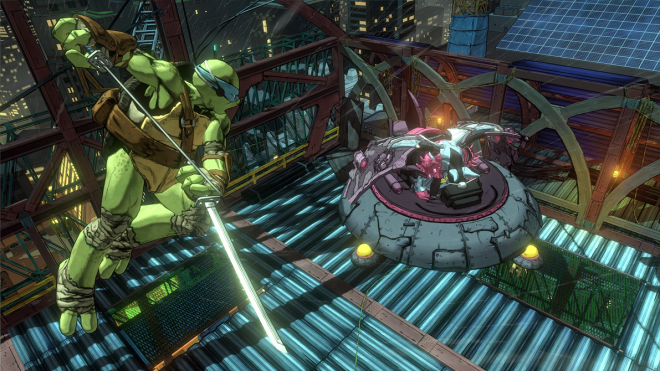 Perhaps after such goodness in licensed games such as 'Arkham' and 'Mordor' I have become spoiled, but I really thought Platinum could deliver a great (or at least good) Ninja Turtles title, especially after their decent work with the Transformers. Sadly, I was mistaken. This is a very short and very weak rendition of the Turtles. With the exception of perhaps the youngest and most devoted fans of the pizza-loving reptilian brothers, it can be easily skipped.