The Game Itself
3 Stars
The Video: Sizing Up the Picture
4 Stars
The Audio: Rating the Sound
4.5 Stars
Replay Factor
4 Stars
Bottom Line
Recommended

Digital Xbox One version reviewed. This review does not include coverage for the Wrath of the Machine God raid, see details in the text.

'Rise of Iron' is the fourth paid expansion for 'Destiny', after 'The Dark Below', 'House of Wolves', and 'The Taken King'. It is the first expansion not available for last-gen systems.

Lord Saladin, the mysterious vendor who appears every so often for the Iron Banner pvp event, is at the center of 'Rise of Iron's questline. Here he appears sans helmet to guide players (his "Young Wolves" as he calls us, somewhat creepily) through the attacks by the Devil Splicers. The Splicers are a tribe of Fallen who have found an ancient nanotechnology, SIVA, and are rearranging their DNA with it. Saladin is among the last of the Iron Lords, the precursors to Guardians who were almost wiped out fighting the SIVA threat a century ago.

The storyline manages to surpass the usually dry 'Destiny' campaign content, at least in narrative if not in length. The missions were interesting and until the last two were just the right amount of challenge, as playing solo I felt pressured without dying nonstop. The rewards include some easy light upgrades so by the end of missions I was smashing through the Splicers without much trouble. The final mission, sporting a massive axe I could use to make heavy attacks against SIVA-controlled Iron Lord armor, was probably too easy, and made me wonder how a lone Guardian could crush a force that annihilated hundreds of Iron Lords. 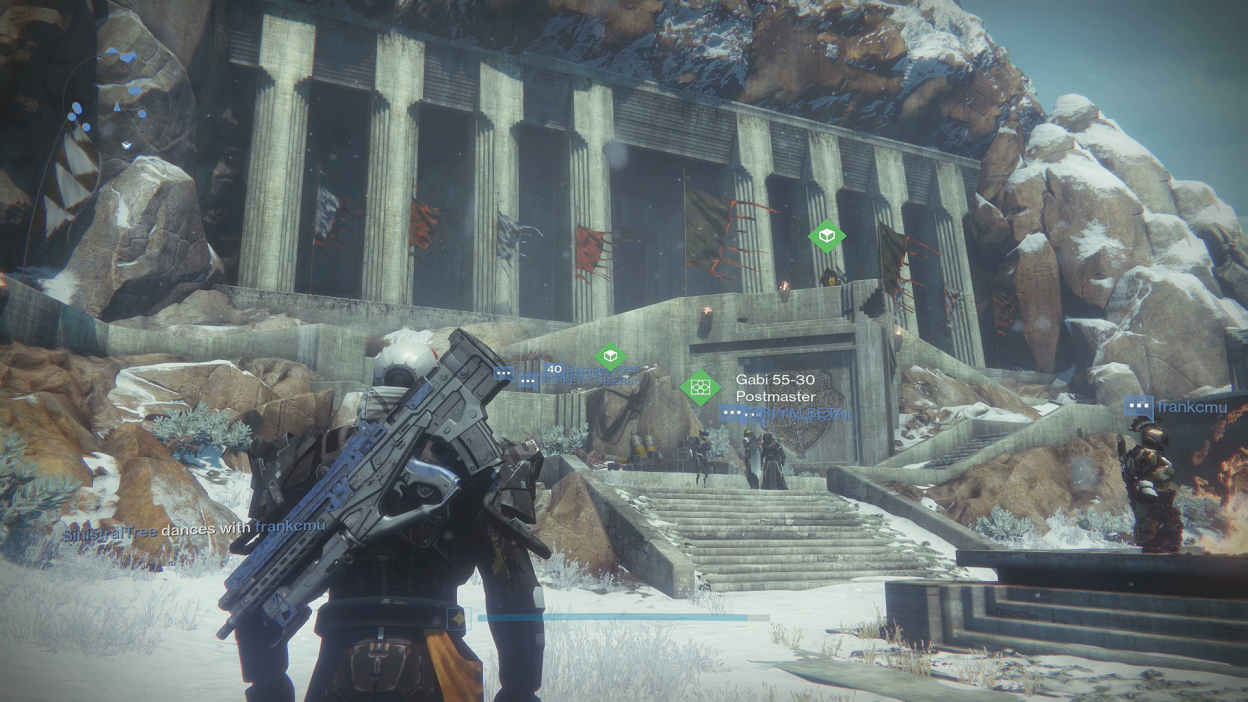 The real meat of the content is not in the short storyline, nor in the post-finale missions that lose appeal quickly. 'Rise of Iron' offers a new location called the 'Plaguelands' that is probably the best patrol content 'Destiny' has to offer, eclipsing even the labryinthine Dreadnaught. Enemies are tough, numerous, and there is a new patrol mission that creates miniaturized public events on the map. This is the usual 'Destiny' stuff with hordes of enemies falling from the sky, but it's never not fun to meet up with random guardians on the field and destroy Fallen with reckless abandon, showering the area with engrams, orbs, and explosive supers.

Curiously, Hive creatures also appear in the Plaguelands and the most powerful of these are reskinned wizards called Brood Mothers. Killing a Brood Mother has a chance at dropping a SIVA offering. In the back of the Plaguelands there is a tiny thunderdome known as the Archon's Forge, and placing an offering in the nearby terminal will begin a public event not unlike the Court of Oryx from 'The Taken King'. Each of these instances can include up to nine Guardians and, like the campaign, are short and sweet. The rewards aren't great, but it is insanely fun to work with a fireteam and random strangers to carry out these little mini-strikes one after another. For whatever reason, Bungie determined that each Guardian should only be able to carry one offering at a time. This turns out to be a very sad limitation, because with the paltry rewards it's hardly an exploit to spam the Forge endlessly, and it's fun enough to hold my attention for an hour or two at a time (we just have to hope that randoms keep coming in with new offerings, or get our lazy asses back out to patrol to farm more). 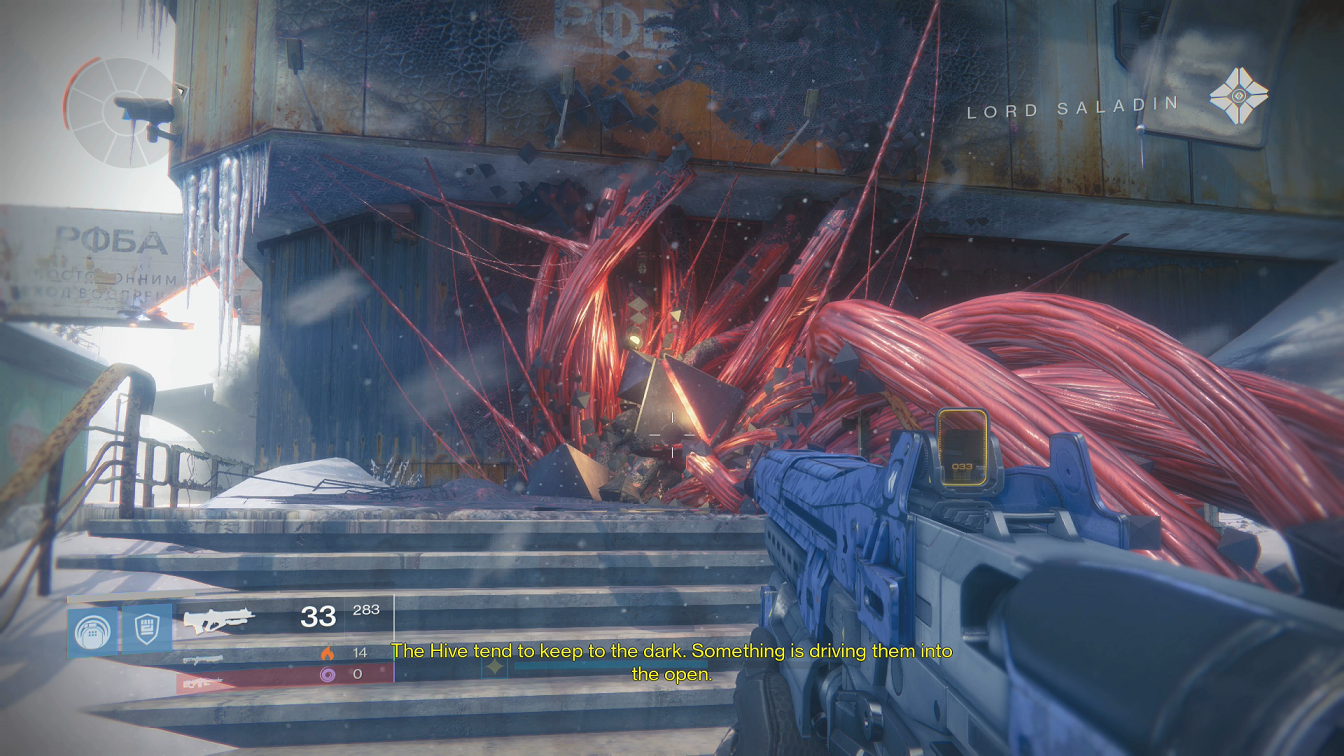 The PvE content is rounded out in some new strikes and a raid. Strikes on the whole have been reworked, and now feature a chest at the end that can be opened with keys found in previous strikes. These are kind of like Prison of Elders chests and can have decent loot. The new strikes are decent and, especially at the recommended light level, quite difficult. Some of the bosses have had a little more thought put into them than usual, and leave the bullet sponge format behind to have quirky mechanics like the raid bosses on a lesser scale. The new raid is the 'Wrath of the Machine God', and at the time of this writing, it was not possible for me to complete any of it even after putting 15 hours or so into my light level. It is absolutely endgame content, not a breeze like Crota. 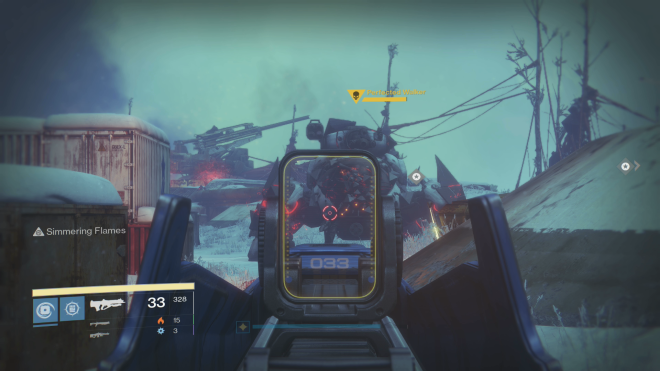 Bungie has crafted a pretty enemy in the Splicers. They are simply Fallen with a few new bells and whistles, but still manage to distinguish themselves from their unspliced brethren in both appearance and abilities. Exploding shanks are kind of cheap and lame, but the vandals are dangerous as shooting their heads tends to spawn homing grenades. SIVA is represented by red techno-organic cables running through the environment, and give the otherwise plain Cosmodrome an infected, violated feel. Iron armor looks pretty rad, not as cool as Trials of Osiris but definitely stands out from other sets. 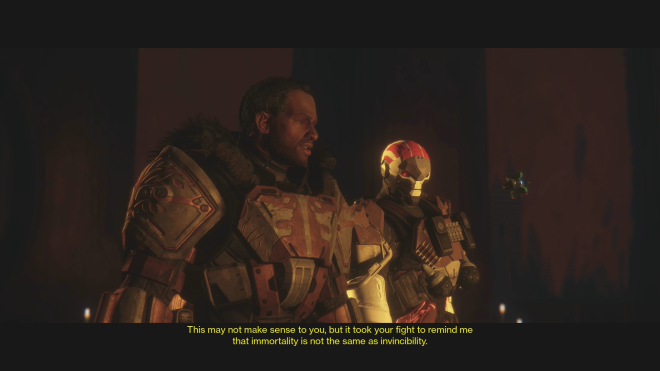 'Rise of Iron' has a standout audio performance. The music is the best kind of superhero action movie fare and the finest that 'Destiny' has offered in its now two full years of operation. Voice acting from Saladin and the other new characters is superb, although the dialogue is still laughably cheesy.

Crucible content includes three new maps and the supremacy gametype. Supremacy is the Kill Confirmed mode from 'Call of Duty', stolen lock, stock, and barrel. Killing an enemy in and of itself is not rewarded; but dead Guardians drop crests that score points when picked up by opposing teams. Friendly crests can also be collected to deny points to the enemy. Despite its lack of novelty, I have been having a blast in the Crucible. Close quarters fighting is my bread and butter and this mode and the attendant maps were all built for it.

'Rise of Iron' has its own record book like Year Two did, a little pamphlet in the progress menu with a large stack of discrete missions. These offer rewards in addition to normal rewards, so you can double dip (or triple dip, with the right daily bounties) when carrying out patrol missions, Archon's Forge, strikes, supremacy matches, and so forth. The expansion is a bit thin on exotics, but at least they haven't completely thrown out all of the old stuff to make way for them. Gjallarhorn is back and I look forward to that being a requirement on every Destinylfg listing. 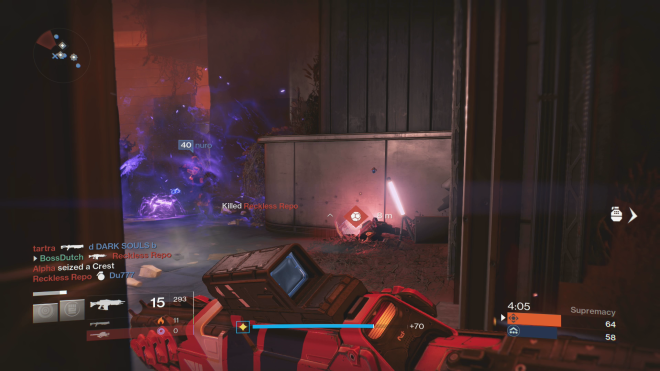 'Destiny: Rise of Iron' is not a standout expansion but nor is it disappointing the way that 'The Dark Below' and 'House of Wolves' were. The production values remain high with the superb score, attractive Temple of Iron, new Crucible maps and so forth. On the other hand, the PvE content has mileage issues. It is still worth playing and even worth coming back to 'Destiny' for, if only for a short while.