The Game Itself
4.5 Stars
The Video: Sizing Up the Picture
3 Stars
The Audio: Rating the Sound
3.5 Stars
Replay Factor
1.5 Stars
Bottom Line
Recommended

'City of Light' is the fifth and final episode of Telltale's 'Batman', following 'Realm of Shadows', 'Children of Arkham', 'New World Order', and 'Guardian of Gotham'. We didn't see a lot of exposition or clarity in the last episode, so we're expecting big things from Telltale for this final outing.

The quality of Telltale's episodes have waxed and waned of late. Last year they had a good run with 'Game of Thrones' and 'Borderlands', but this year they have struggled with their 'Minecraft', 'Michonne', and definitely this Batman series. It's not just the endless technical problems, it's inconsistency in the script, plot holes, the occasional weak actor, and above all, why? Why do we need to Telltale a Batman story? Are they going to do something no one else has in the last 80 years of the Dark Knight's escapades?

It turns out that they have, more or less. Despite weaker entries like 'Guardian of Gotham', the run has been kept afloat by darlings like 'Children of Arkham' and now, firmly, 'City of Light'. This is the climax and disposition we have been waiting for - maybe not the ending we deserve, but the ending we definitely needed right now. 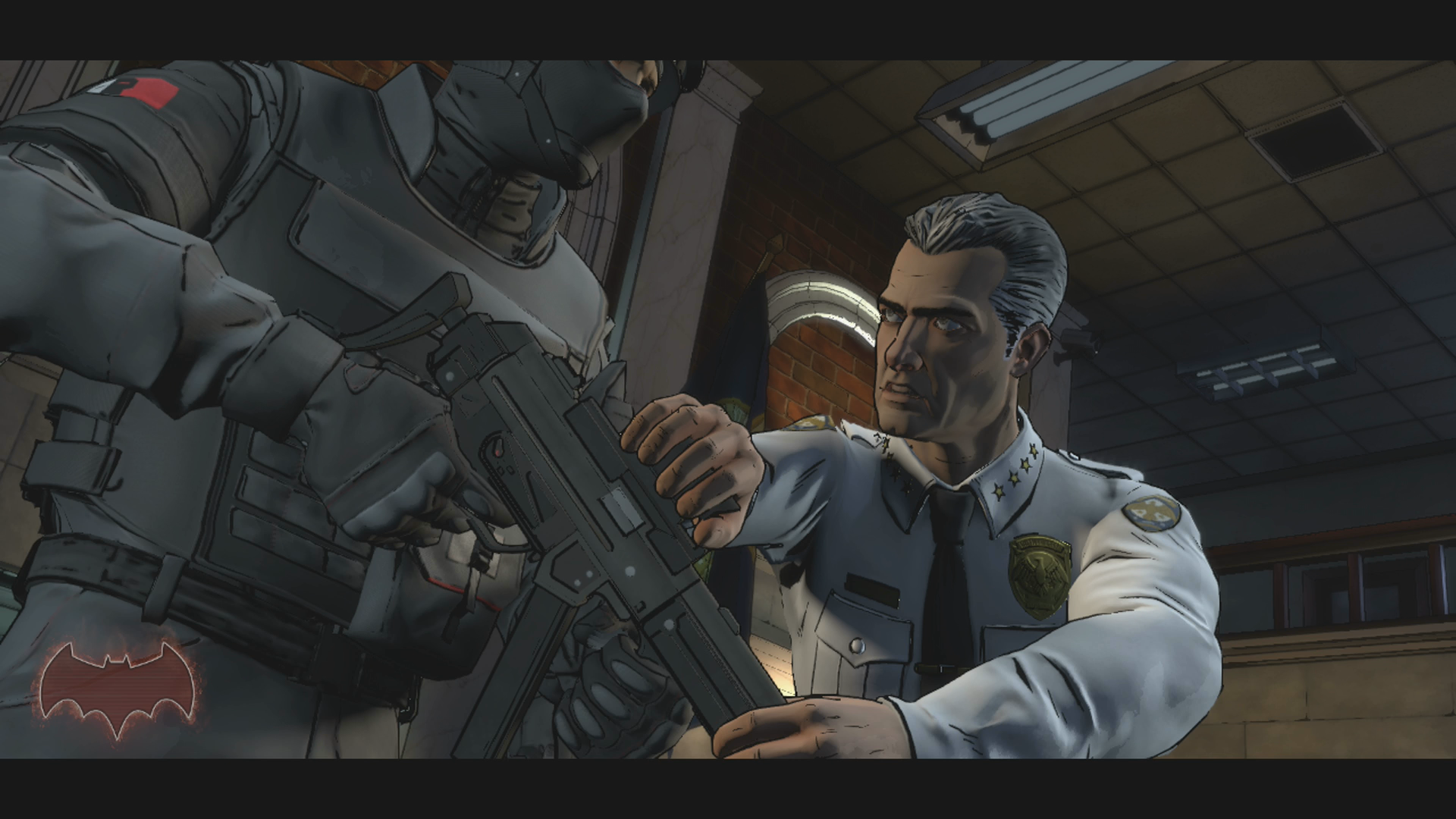 The storyline has been flimsy and character development has been spotty, but in 'City of Light' I can with certainty describe it as neither. Telltale has meandered their way to the nitty gritty of a good story - believable characters who do more than just spout off comic book melodrama. They are not just a collection of gadgets, mental disorders, and one-liners - they're actually pretty interesting. 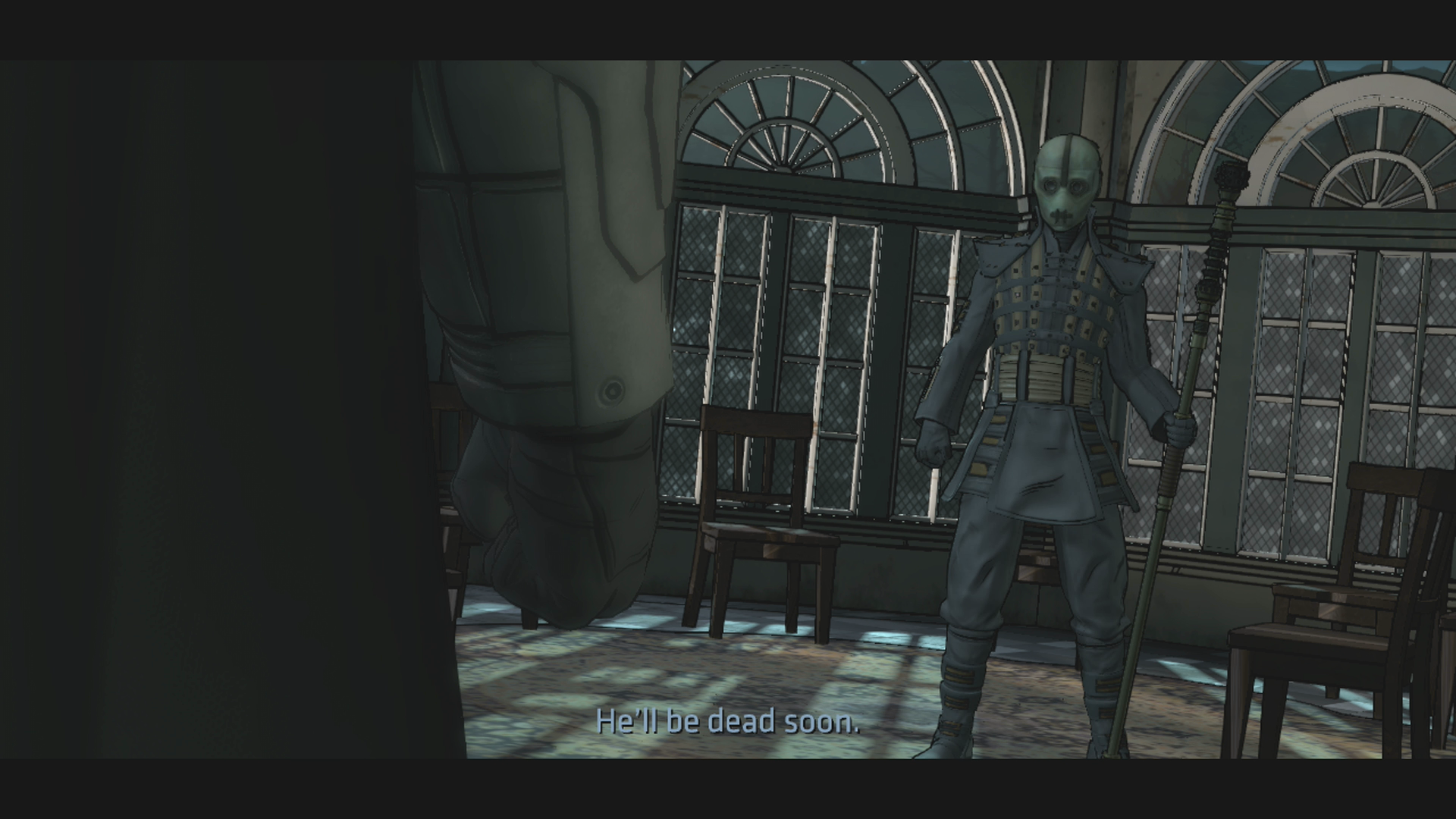 Take, for instance, Selina Kyle. She has a five-minute scene in this episode that sheds more light on her motivations than the entirety of the other four episodes combined. It's conversation only, between her and one-time lover Wayne, and it's excellent. This is the kind of stuff we want in every episode, not just the finale. Harvey Dent, descending quickly into the murderous persona of Two-Face, has been cartoonish up until this point. In another of this episode's great scenes, he has a denouement with Wayne and shrugs off the cartoon, becoming an actual villain. Not just an evil creature, but one with human origins and at least a shred of sympathy.

Speaking of sympathy, there's Lady Arkham herself. Admittedly a rather lame persona for a completely unexpected alter ego, Arkham's motives and origins have been puzzling. 'City of Light' unwraps her backstory flawlessly, giving the audience a chance to understand her side of the story after a heartbreaking development. And, instead of focusing solely on the antagonists to move the plot forward, Telltale effortlessly writes Wayne and Batman through all of these encounters. Sometimes he takes the backseat so they can shine in the spotlight, and other times he asks the hard questions that makes even the endlessly self-righteous Lady Arkham pause with doubt. 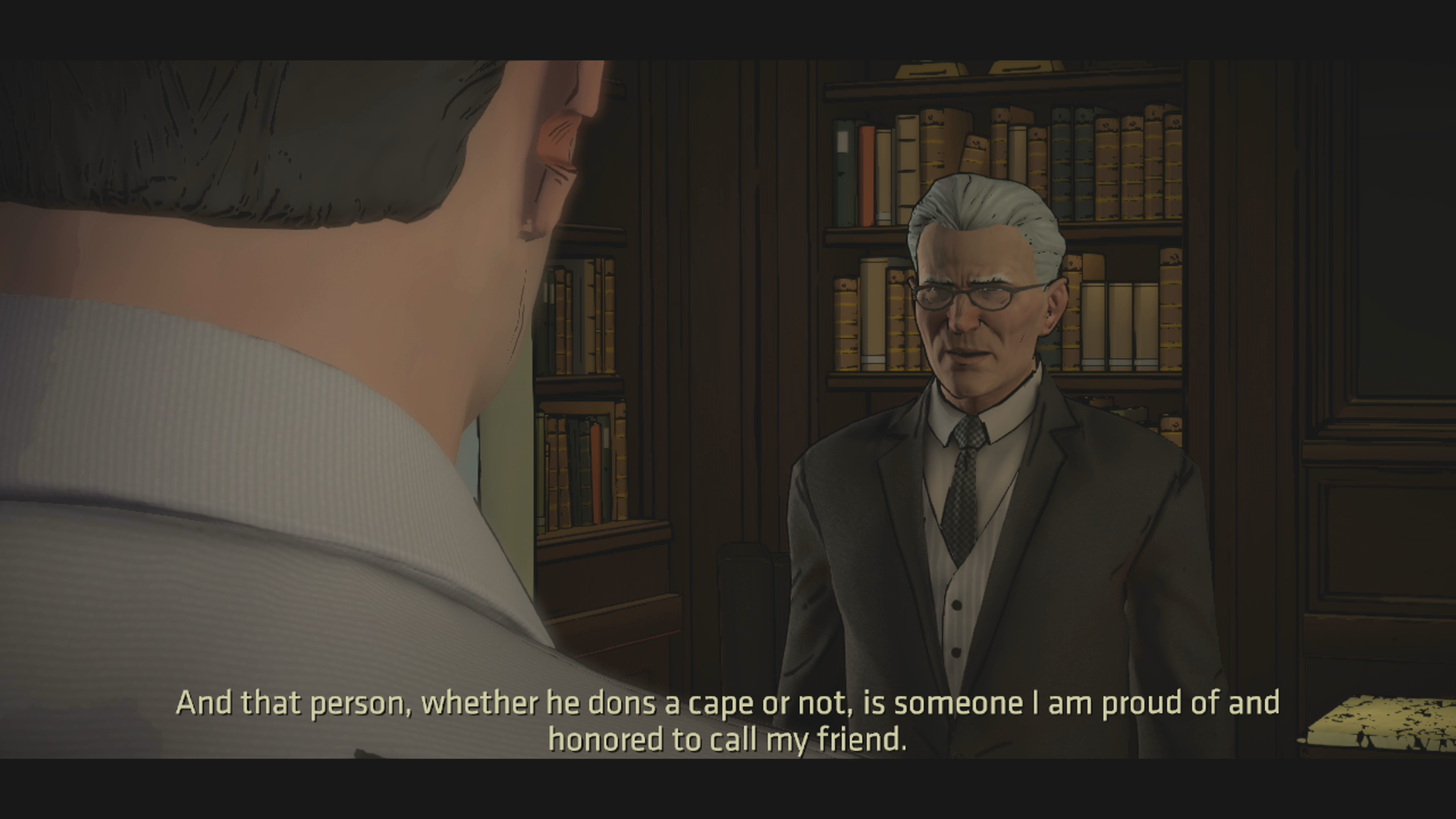 Not all is perfect - there are a few loose ends just begging to be tied off. There are big ones like the Wayne parents and the berserk cop from episode 2, not to mention the general state of Gotham after it was destroyed by evildoers yet again. There are small ones like the big blue mutant guy from the first episode (who is that guy? Blockbuster?), and of course the Penguin, who was such an annoying character that I actually don't mind if he's completely written out. (As for the Penguin, replay is your friend. -BH) Perhaps these loose ends are oversights, or they are intended to be developed in further seasons, or there just wasn't enough time to get everything on screen in a satisfactory manner. Ultimately, the rest of the episode can stand on its own 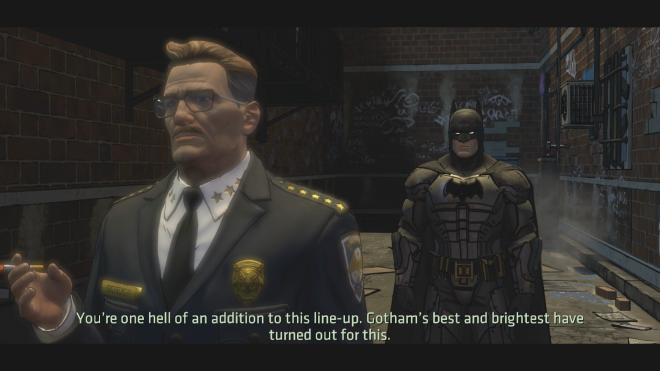 Almost all of the glaring framerate problems from the last episode have inexplicably disappeared. There were very few visual problems overall, and the fight with Arkham was probably the best "action" scene I've seen in a Telltale game. It ekes out as much cinematic quality as it can from the limited QTE format and looks pretty good in the process. 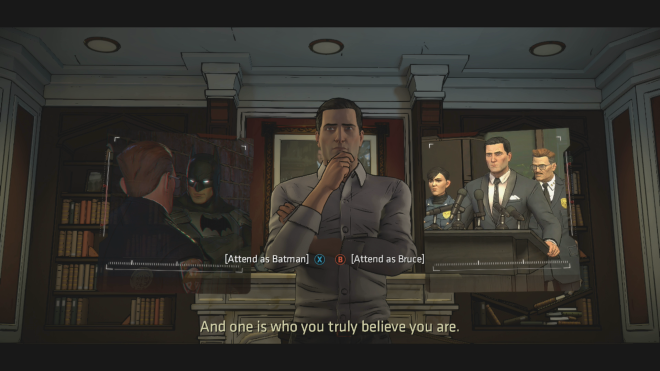 Lip syncing issues haven't been completely resolved, but nor do they threaten the otherwise good audioscape (lack of convincing sound effects during the fights notwithstanding). The voice acting is of a high quality overall, especially Lucius and Selina.

I think one playthrough is enough for 'City of Light' and 'Batman' on the whole, although I may change my mind by the time the inevitable second season rolls around. In this case it's a good thing, as I'm not left too confused by muddled plot holes or anything like that. 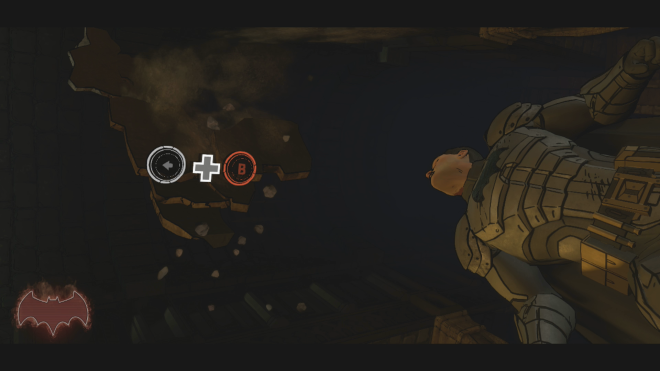 I can't quite go so far as to say 'City of Light' is good enough on its own to make the entire series worth playing. For a devoted Batman or Telltale fan, you're probably way ahead of me. For others, there is a redemptive quality to this finale, enough to make me glad I played all the way through to the end.