Game of Thrones: A Telltale Games Series - A Nest of Vipers

'A Nest of Vipers' is the fifth and penultimate chapter in Telltale’s 'Game of Thrones' adventure spin-off, following 'Iron From Ice', 'The Lost Lords', 'The Sword in the Darkness', and 'Sons of Winter'.

Things are finally coming together for the Forrester family, although in true 'Game of Thrones' style, things are also at their most grim. This episode has a lot of forward motion and a lot of exposition, but it also plays its cards close to the vest as to what will happen in the next episode. I have no idea how Telltale is going to tidy up all of these loose ends in one two-hour session, but they will, if their previous outings are any indication.

'A Nest of Vipers' spends much of its time in Essos, where Asher's deal with Queen Targaryen isn't working out quite like he'd hoped. Asher is forced to turn to other, less reliable fighters if he wants to avoid returning to Ironrath empty-handed. He descends into the fighting pits, which have continued in a more private fashion ever since the Queen shut them down after her victory in Meereen. In the pits he gets into a scrap with a huge gladiator appropriately named the Beast, makes his case before the mysterious leader, and then drops into the arena himself for one of the more nail-biting "fights" (quick time events) of the season thus far. 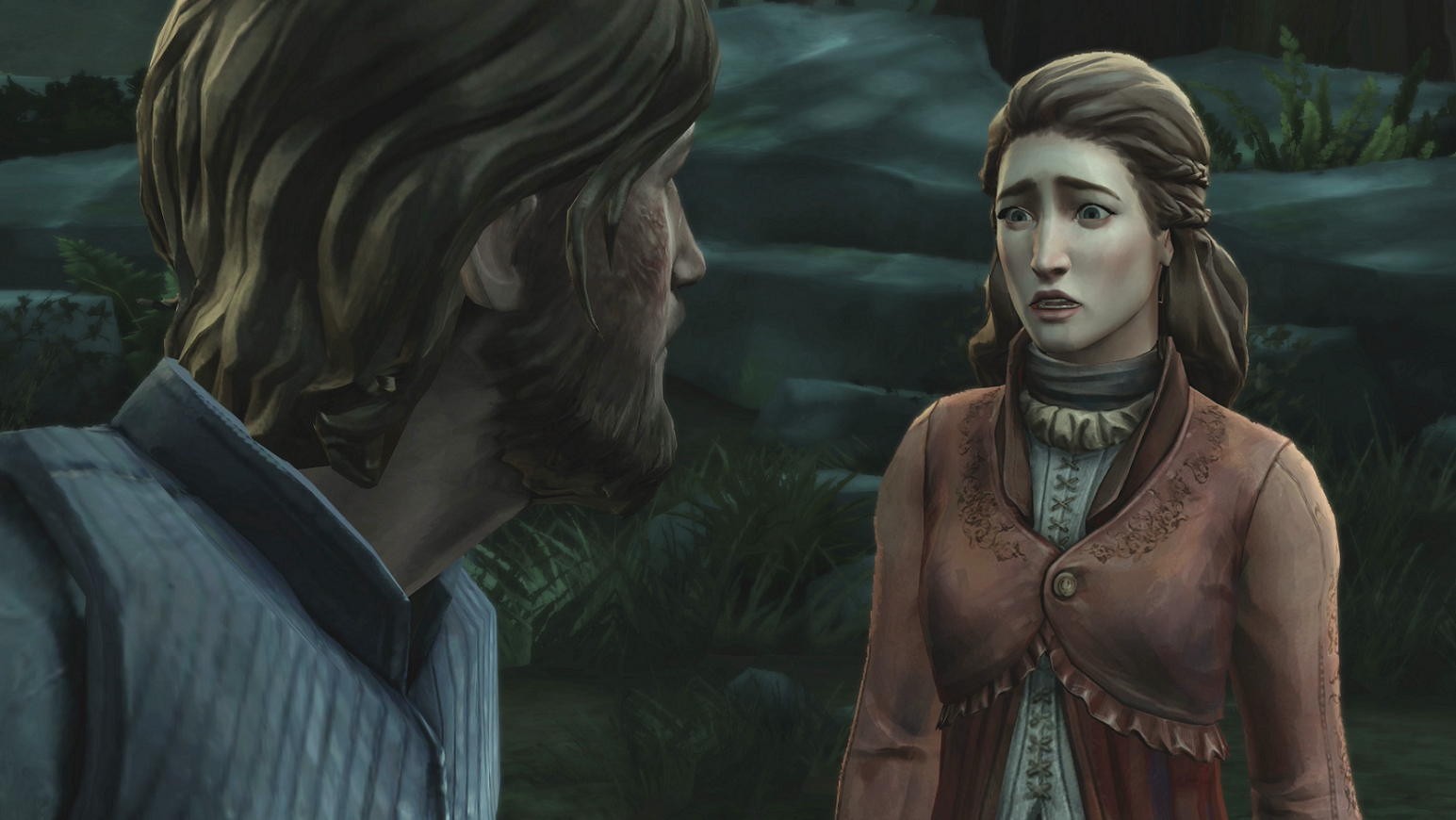 Gared, still north of the Wall and looking for the fabled North Grove, probably has the least face time of the episode. The season has thus far only flirted with the events of the book/shows - the invasion of Meereen, the Red Wedding, etc. have been in the background or a means of propelling the Forrester’s story forward without much in the way of direct intervention. With Gared beyond the Wall, he is in the most dangerous place in the world, as the White Walkers slowly head south to turn Westeros into a wight farm. Even a wildling girl he meets has no intention of staying there, and Gared runs into the Walkers’ forces - a pack of resurrected spearwives. 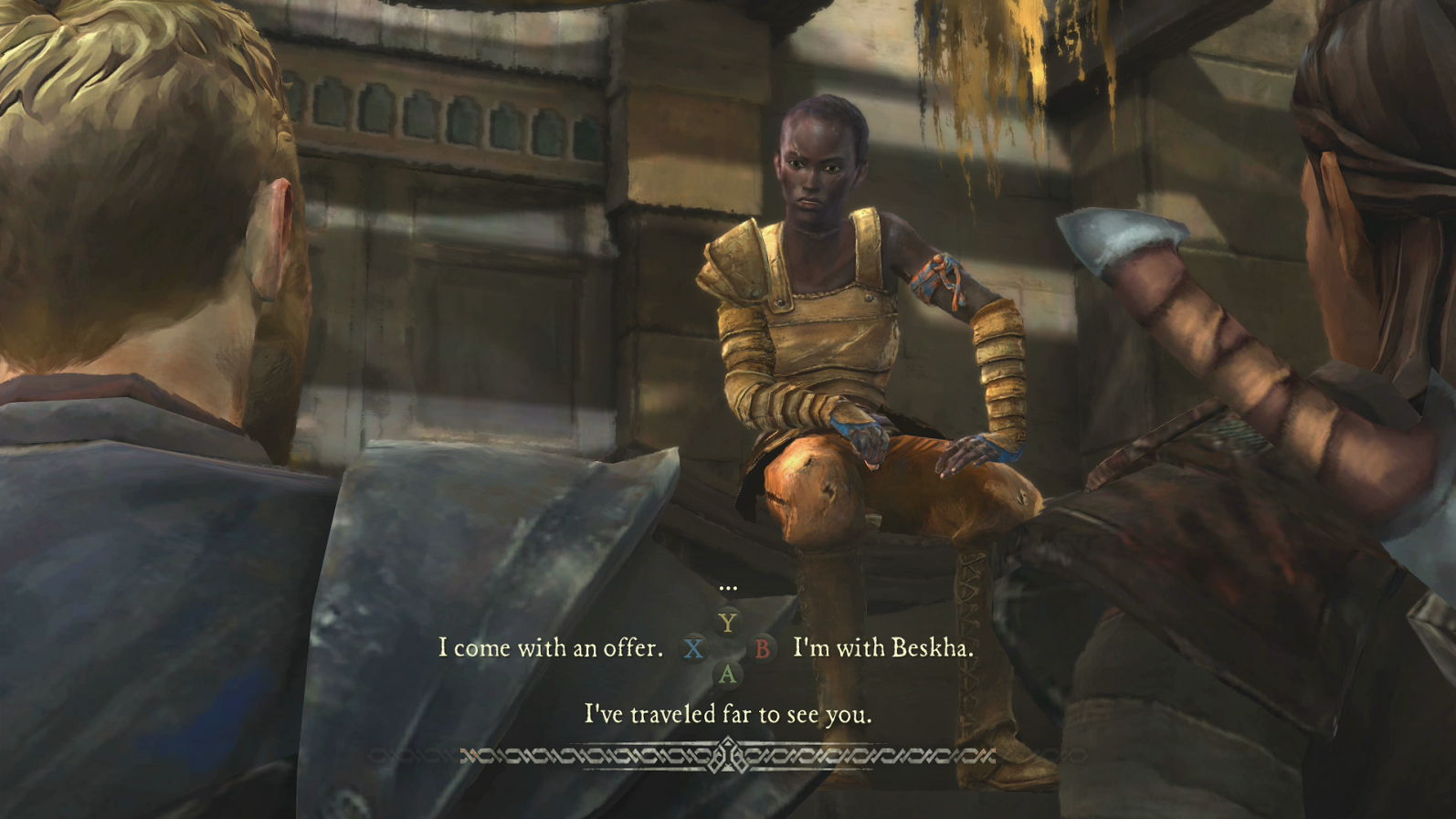 As with the TV show, 'Game of Thrones' does a great job of introducing the audience to a wide variety of supporting characters and letting us get to know them. The smallest roles are fleshed out and this characterization should be commended, because even with the brevity of some the performances, I find myself getting attached to people like Beskha. She started as a surly, jaded mercenary but has grown into a sisterly figure for Asher as the series has progressed. It has gotten to the point that I can’t really envision Asher without her, and this is of course going to lead to heartbreak eventually because this is 'Game of Thrones' and people die like it’s going out of style. 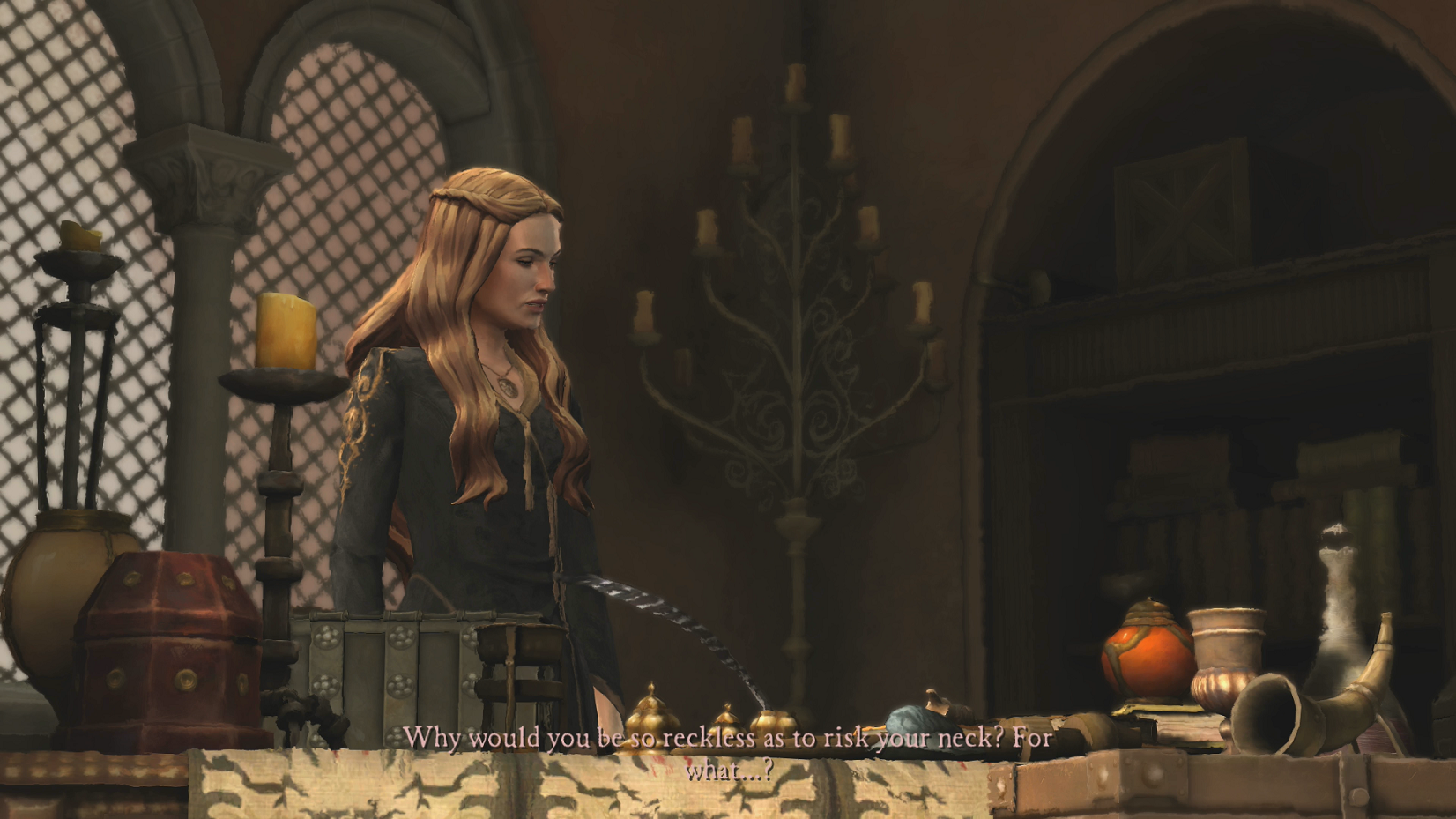 Speaking of heartbreak, I’m not too proud to say that the final scene of 'A Nest of Vipers' nearly had me in tears. While I have definitely enjoyed the series so far, even I was surprised at how engaged I had become in the Forresters’ plight. I watched with a muted, surreal shock as the events played out before me, barely catching the button presses in time. Of course this scene immediately followed one nearly as surprising, giving me a one-two punch of feels. It is difficult for me to comment further on either of the scenes, both in the interest of getting too spoilery and because we're so far in the series now that my Forrester clan may look much different than yours. Suffice it to say that I was not expecting this caliber of decision just yet. It does make me wonder how Telltale is going to top it and deliver an even more explosive finale. 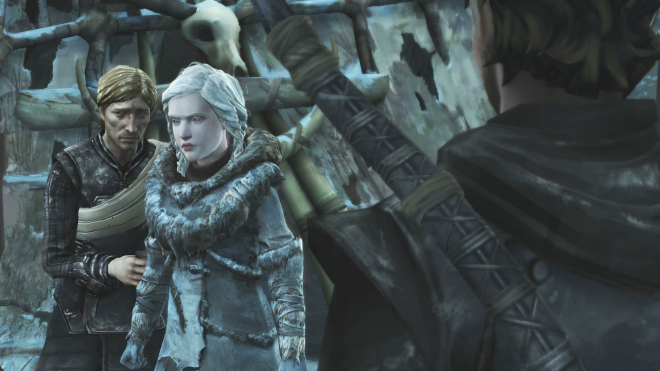 The stutters are here as always, but don't seem as bad this time. The fight in the pits as Asher suffers the most, but wasn't bad enough to force any errors. As usual, several members of the TV cast make an appearance, and with the possible exception of Queen Targaryen, they always look kind of weird and incomplete. 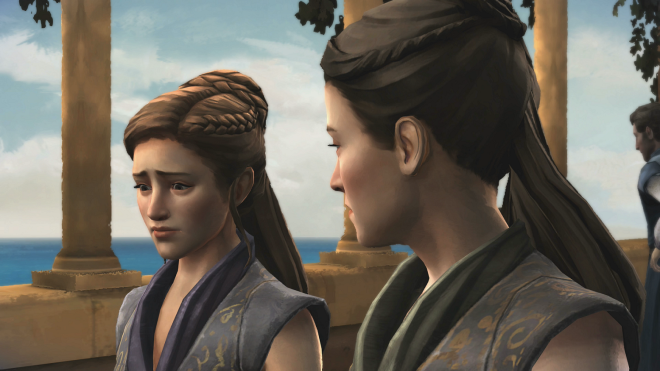 With the exception of the relatively common syncing and chopping issues, the quality of the audio remains high. The new characters for the most part are acted very well. Toks Olagundoye, the Norwegian-Nigerian actress who voices Beskha, gives an amazing performance during the final scene (depending on your choices).

'A Nest of Vipers' is probably the first episode where I haven’t felt like I fully understood all of the plot threads dangling about, so I may be playing it again before we head into the finale. It is also the quickest of the episodes. 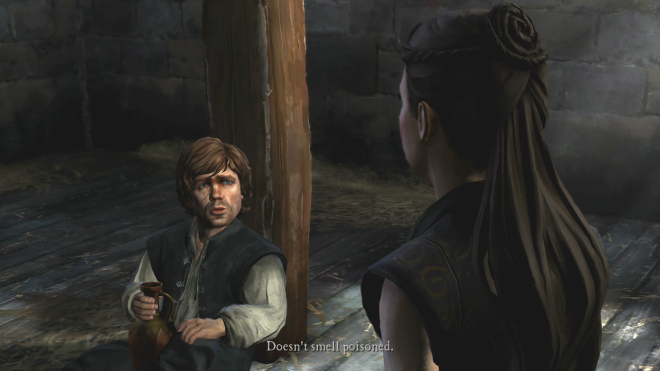 'A Nest of Vipers' is the best episode I have played in a Telltale game, passing even the amazing final episode of season two of 'The Walking Dead'. Despite its modest running time, it manages to set a new bar for the studio's storytelling. I always wait with anticipation for the next 'Game of Thrones', but now it's more serious than ever. If for some reason you have been putting off playing this series, now is as good a time as any to get involved.